The reason Wen came back is because she is a vain pot. Haha. Yes, she came back to Pg all the way from KL so that we can fetch her all the way to SP to get a hair cut! Isn't she a vain pot?

Anyway, Peter agreed to fetch her to SP. So at 9am, we 3 sisters and Peter went to Kuching Lane for breakfast and then headed to SP. Reached Erumae at about 11.30am.

They started on her hair at around noon. The lady boss told us that they need a minimum of 3 hrs plus before they turned her from an ugly duckling to a swan. So Min, Peter & I went out to lunch with Carol and Chia Loon who were so nice to take us out.

They took us to a very famous 'chu char' place in the 2nd street near the SP Town called Yik Wah. The food was delicious. Look at these yummy food! The rice were being steamed instead of the normal way of cooking in a rice cooker. Both Min & I had 2 helpings of rice. Peter was being weird that day as he only had 1 bowl of rice. 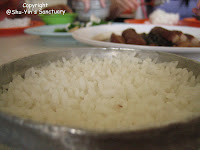 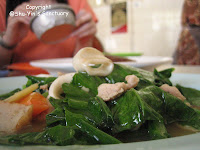 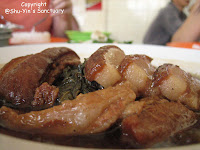 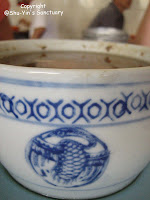 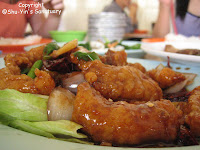 The stall outside the shop sells desert. And it was my first time tasting 'Xue Li Gao'. Haha..forgotten what is it called. The chendol was cold and nice too. 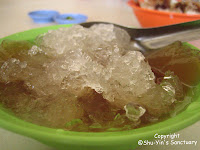 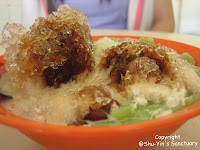 After lunch, as we still had time to kill, Carol & Chia Loon took us to Lembah Bujang Archeology Museum. It was quite off the track as I believed it was all the way near Merbok.

It was an eye-opener for me. There were not only artifacts to see and read, but there were many 'Candi' as well in the site nearby the building. The best part is that it is FREE! Hehe.

Anyway, my feet hurts after I reached home because I was wearing heels and not proper walking shoes (there were lotsa stairs to climb btw) 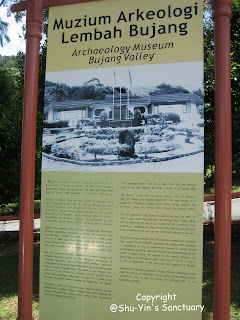 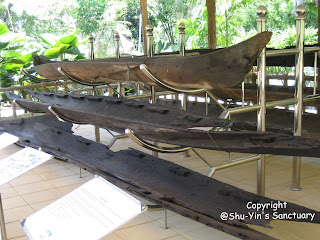 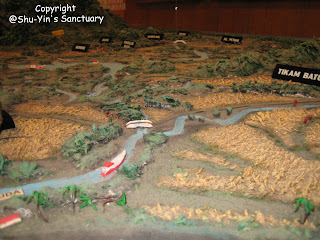 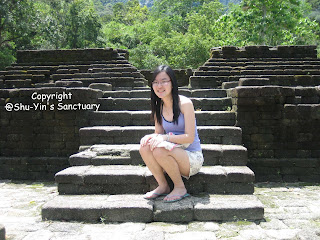 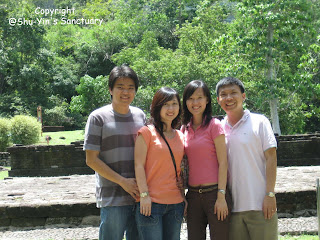 After that, they fetched us back to Erumae and we reached at about 3.15pm. I had my fringe trimmed shorter as well. Then we all left SP (together with Emah) at about 4pm.

she is a vain pot! haha

SP for now. Later will go to Jonathan Saloon on Beverley Hills when Peter is millionaire.