Off We Go...to the City Of Entertainment

During the Labour Day long weekend, all of us went up to Genting Highlands.

And yes, it was Shern's first outstation trip.
My gosh, there were so many things to pack when you travel with a baby.
diapers, wipes, pacifier, warmer, milk bottle, water bottle, EBM, blu ice, rice, spoon, bowl, bibs, hankies, toys, ...and the list goes on.
Shern's luggage is bigger than mine and hubby's combined! 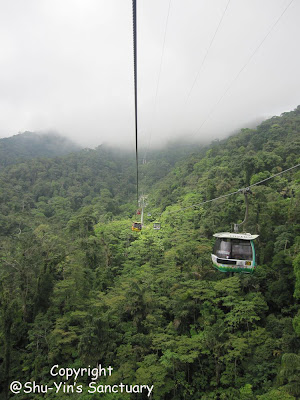 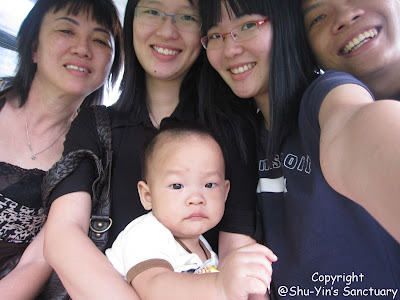 We were staying in Ria Apartment because all the rooms were fully booked and also Ria Apartment is the only which can cater so many of us.
I initially thought it would be a dreary apartment - judging by the looks of the apartment from the outside view.
But I was mistaken. The place is huge and reasonably clean.
Look at the space of the living toom and hallway. The dining place and kitchen are huge too.

Can you spot Shern? He was crawling all over the moment we stepped into our apartment. 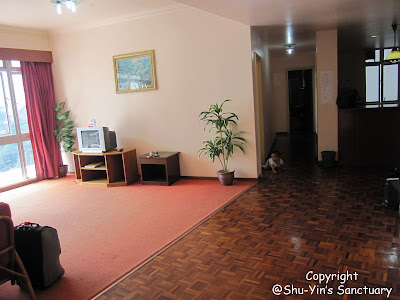 The sights in Genting looks familiar once I reached, but somehow still look new and excited. It has been quite a while since I last went to Genting. I used to go to Genting twice a year with my family. 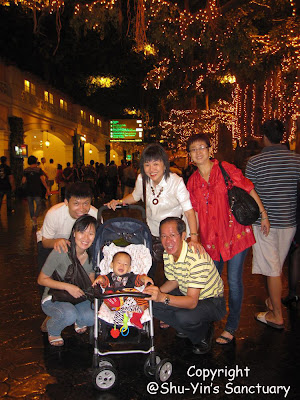 And while we ate and dine in restaurants, all Shern ate was his moi which we need to keep him occupied with his toys and books so that he would stay seated in his babychair/highchair. 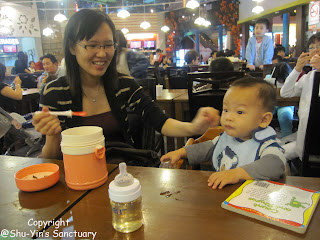 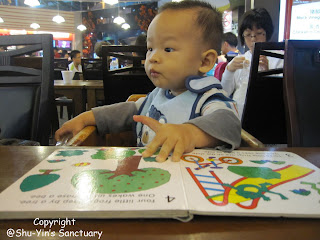 Getting out in the cold, Shern was wrapped from top to toe. With his head and ears a covered with a baby hat to keep away the wind. His toes and feet were covered with high socks and hands with gloves. Hehehe 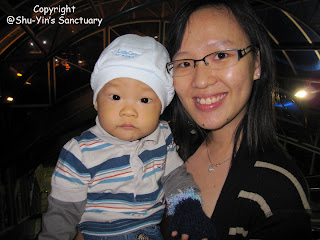 Since it was Labour Day when we arrived, we were lucky that there was a 10-minutes fireworks display in the Outdoor Theme Park. And we got to go in FOC after 7pm. 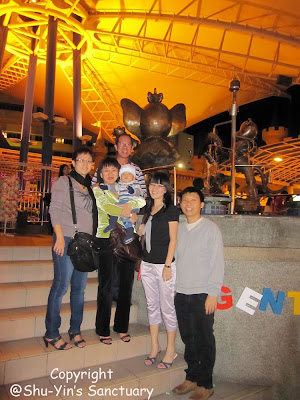 We took many photos with Shern. 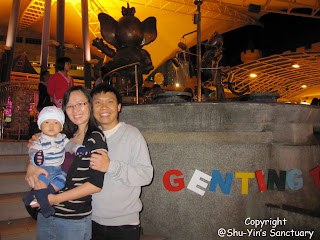 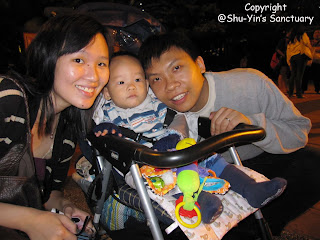 We even took photos with the clowns. Shern looked a bit dazzled here. 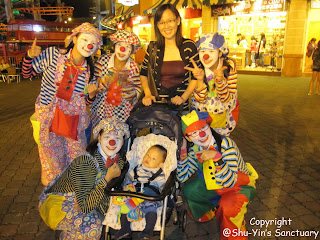 Love the pretty floral deco on the walls and each of us took a photo with it. 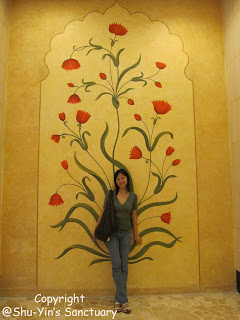 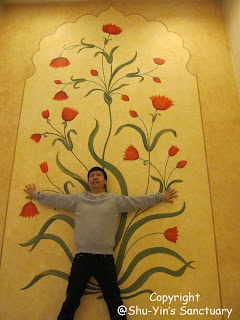 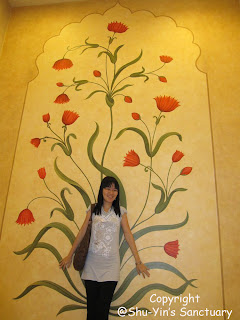 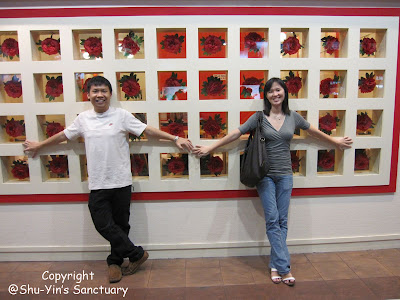 The following day, hubby and Min went to watch Iron Man 2 there. RM12/ticket. 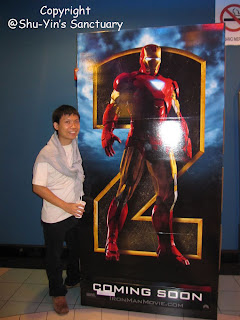 Took Shern to capture a few photos with the rides there. He was much interested in turning the wheels. 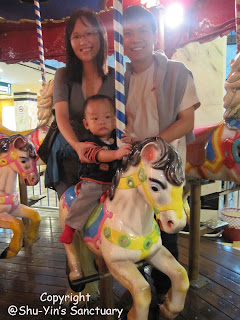 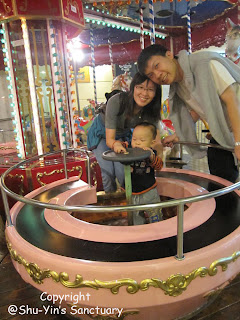 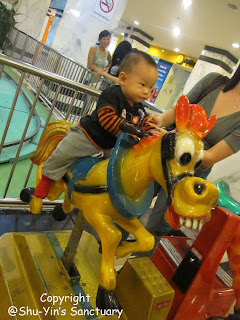 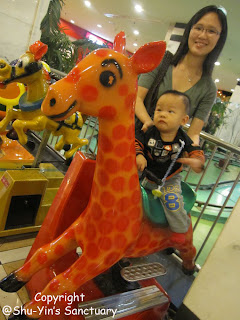 Like I mentioned in the previous post, this was his favourite. Turning the wheels of the cars. 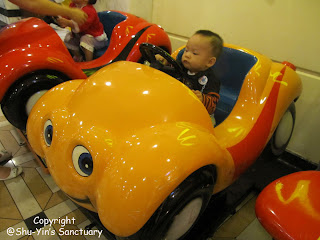 Shern is still too young to understand the rides. All he did was watched the lights in motion in awe. He kept on opening his mouth Awww.....and turned around when he heard the train ride rumbled on the tracks or seeing the blinking lights in amazement. 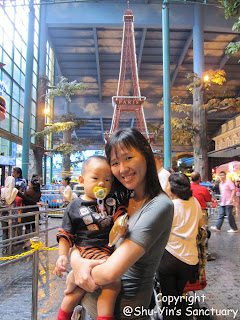 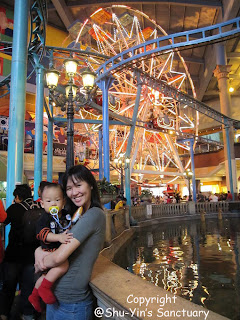 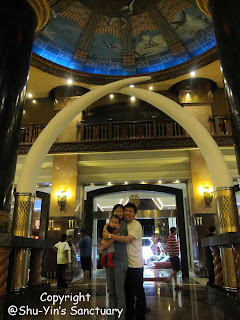 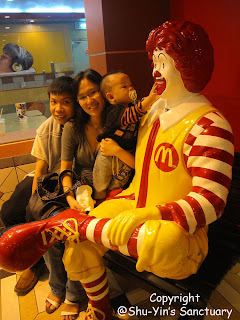 And while we shopped, he slept in the stroller when he was too tired. And by the time we reached our apartment near to midnight, he konked out. Poor baby. 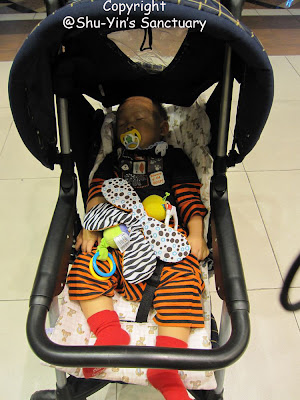 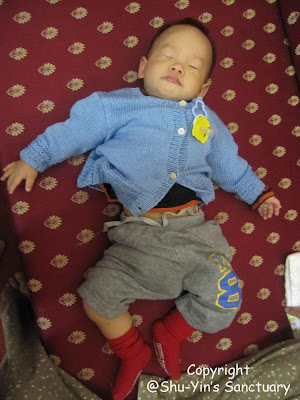 We left Genting Highlands on Monday morning. Shern wore the sweater knitted for him by Aunty Chin Peng. 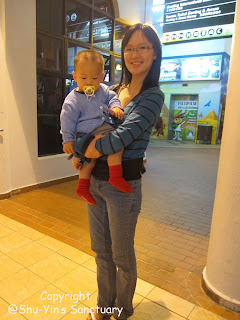 Can we all go again in Feb next year? With Shern too..

haha. once u confirm u come back and if it is not during cny..shd be ok qua. u go ask daddy la