It Did Not Go Very Well

Yesterday, we took Shern for his fifth haircut since he was born. Yeah...already his fifth! His hair grow very fast and it became too long and unruly since Shern has stiff and spiky hair!

Anyway, this time around, it did not go very well. Shern was howling the whole time. Although the pretty miss that cut his hair is pretty efficient and fast, Shern was terrified of her and kept pushing his head away from her.

So, in the end, Shern has got very short hair. Almost botak-like. I guessed she cut it too short this time, since Shern was being so uncooperative. 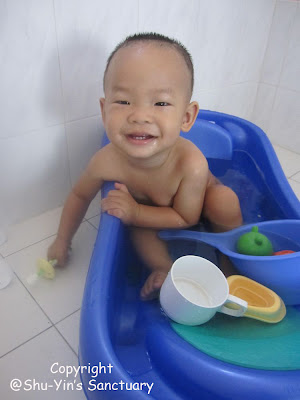 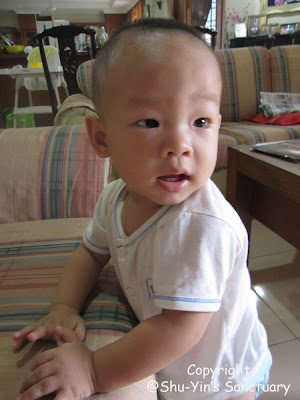 I have NO PROBLEM with his hair and I'm pretty sure I'll still cubit him when I see him. :P

haha. u r like me...like guys with short hair!

the lady cut shorter so can last longer n she can recover before next haircut! hehe

shuey..muahaha. i think she also wish for a longer period of rest time b4 shern goes for his next haircut.
shern screamed so loud! haha