Peter was watching Romance of the Three Kingdoms drama series on DVDs.

I purposely put Shern on his Bumbo seat with him facing AWAY from the TV - coz too much TV is bad for infants.

But Shern heard noises coming from the TV box and thus he arched his back to view the source of the noise. I managed to capture his arch step-by-step on my Ixus 110. 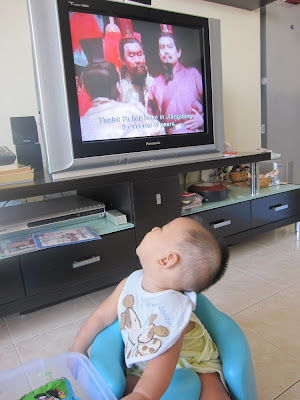 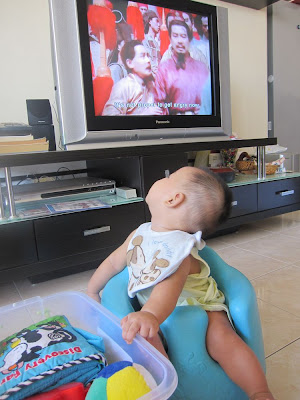 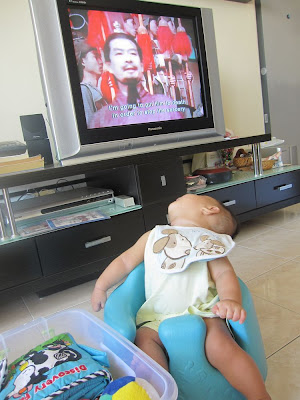 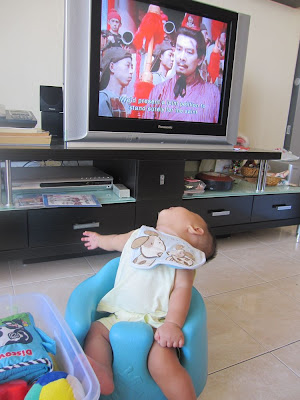 Hahaha... i like the last photo. Shows great determination. :P

mindy...he will be like u next time. no tv can die!