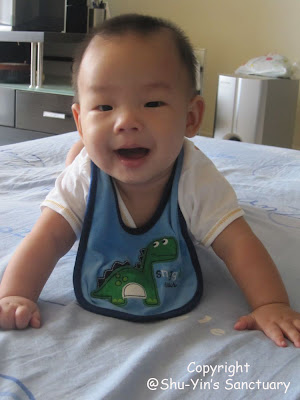 Shern's First Swim
I already posted earlier that Shern went for his first 2 swims here and here. Shern is a really happy baby when put on water.
His daddy is as happy as Shern. Peter likes to play with him in the water. Look at their 2 happy faces while mummy stayed behind the lens. 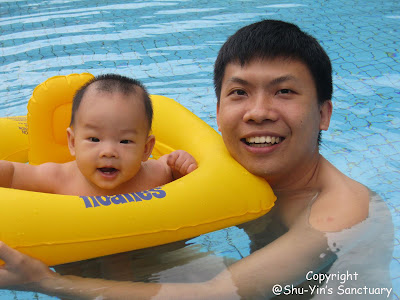 9 Nov 2009
Look at his face when I tried calling out to him to smile at the camera! 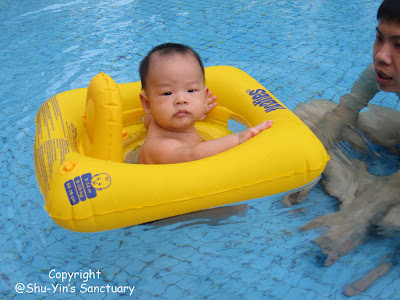 Pleading To Be Carried
This is Shern's face when he wants to be carried. He will make pitiful noises and cries. 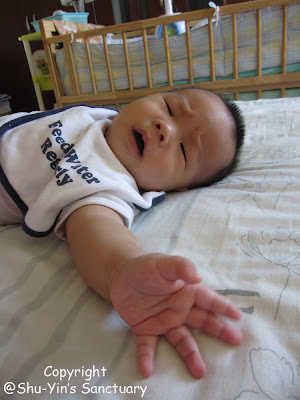 Apung-Balik
This is Min-yee's doing. Min put the mooncake round box on top of Shern's head. Shern seems to love it there. 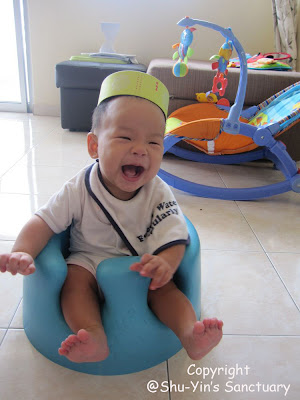 Bravo Bumbo Seat
This Bumbo Seat serves to be a very useful tool. When I am home alone with him, and when I need to use the toilet, I will put Shern on his Bumbo seat just in front of the toilet so that he can still see me (he will wail out loud if he can't see me) while I do my business! :)

Blowing Raspberries
Shern just learned how to blow raspberries. He is starting to blow spit bubbles or raspberries - a skill that supposedly helps him learn how to move his mouth, tongue, and lips together, and later be able to form words.
He would go 'brrr...pooh...brr' with his mouth. He does it all day long when he is in the mood. 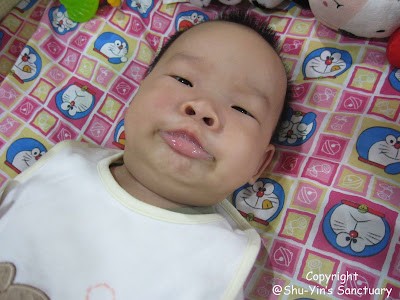 Shern blowing raspberries
Shern also likes it if people does it for him. He laughs his head off.
(Chooi Ting aunty is the one making Shern laughs) 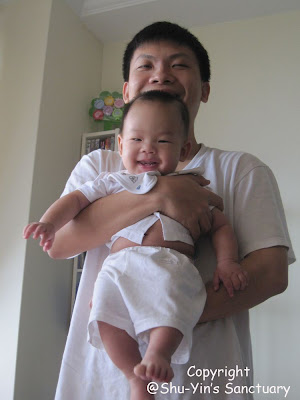 Night Time Fun
Shern is in a good mood one night and refused to close his eyes. He was still smiling away at us so out came my camera. 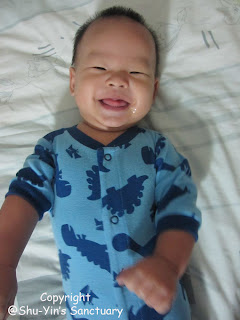 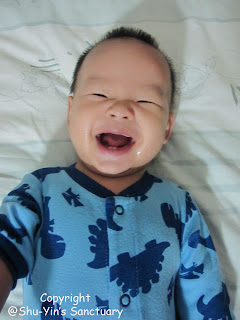 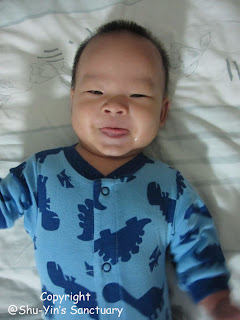 Min-yee joined in and 3 of us took a photo together. 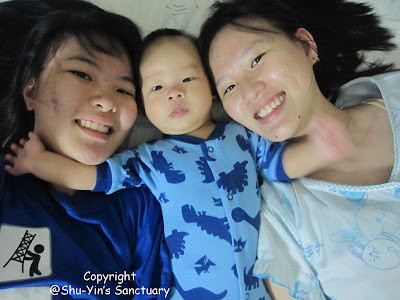 Stranger Anxiety
Shern is starting to show signs of one of his first major emotional milestones — stranger anxiety. Shern is becoming clingy and anxious around new (and even familiar) people, and that includes his Ah-Ma & Ah-Kong.

I think maybe because he does not see them often enough - we go back once a week for half a day.
He used to love them and would laugh and smile when they talk to him. Now he cries when Ah-Ma carries him. 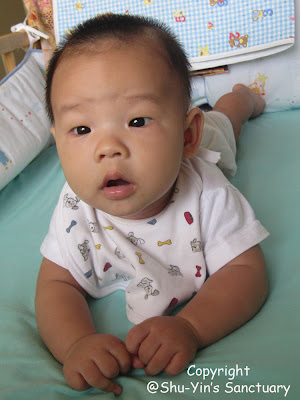 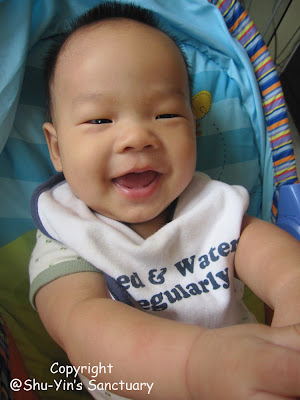 How Is Mummy Doing?
Parents went to Turkey the whole week and 3 of us were home alone.

As usual, I felt kinda exhausted yet exhilarating at the same time while taking care of Shern.
Exhausting because Shern really needs 24/7 monitoring
Exhilarating because I get to see Shern achieving milestone by milestone every single day.
Posted by tanshuyin at 12/05/2009 09:26:00 AM