Met up with Mindy & Mun Yi yesterday at TGIF at QBM. It was my 5th time there I suppose. But yesterday's experience was the worst ever.

We ordered the Promo Entree and Appretizer for RM29.90. We chose the Fried Mac & Cheese, and the Tuscan Chicken Melt. Portion was medium-sized.
We then decided to order a 'meaty' dish so that we can be full, so we ordered a lamb Dish with Garlic Sauce.
And to top it all, we ordered a Chocolate Mud Pie for desert. 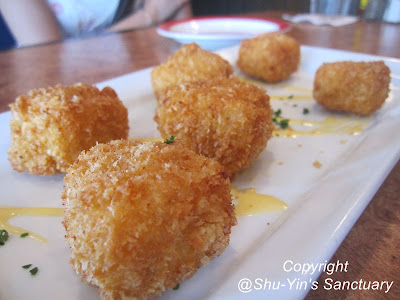 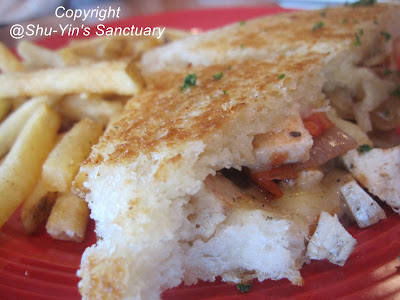 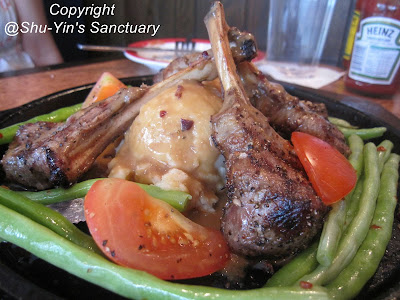 lamb with Garlic Sauce
Don't let this Lamb dish fool you. The portion is extremely small for TGIF standard. And if I remember correctly, this dish costs RM49.90.
The mashed potato side dish was sour-ish. It did not seemed like it was spoiled but rather it was meant to be a sour-ish mashed potato. I did not like it at all.
The long beans was rather raw and when I bit into it, the rawness of it was rather icky.

Mindy & Mun Yi did not eat the sour-ish mashed potato and the long beans...but I continued to munch on them even though I did not like it. It was because I was still hungry....:)

After waiting for more than half an hour for our desert, the waiters there finally told us that the Chocolate Mud Pie was finished and told us to order another desert.

We got rather pissed so we did not order any desert from there and we adjourned to Secret Recipe. The total bill was RM86++. Pricey!

Maybe it was not my lucky day because my favourite Expresso Cheesecake was finished in Secret Recipe. So i tried the Cappuccino Cheesecake. It was so-so only. Mindy and Mun Yi ordered the Chocolate Cheesecake. 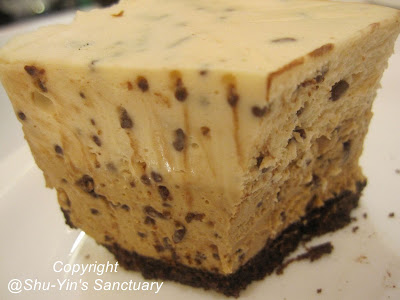 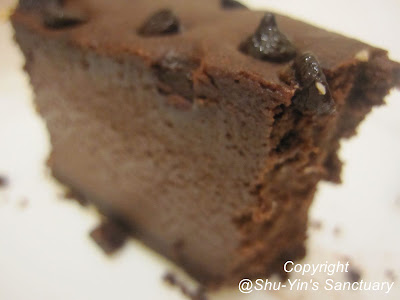 Here is the group picture we took at TGIF @ QBM 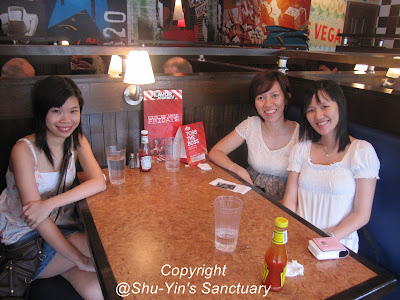