There is nice playground nearby our place that we sometimes bring Shern to. The field there is big but it was not for running because as soon as Shern sees the slide, he heads towards it!

First he climbs up the steps. He usually stops and paused over it several times to point out to you the cars and flowers on the steps. 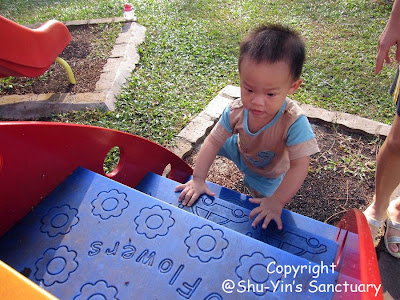 Then as he reaches the first platform, he will twirl the giant tic-tac-toe. Of course he knows nothing of the tic-tac-toe game. He just has fun spinning it round and round. 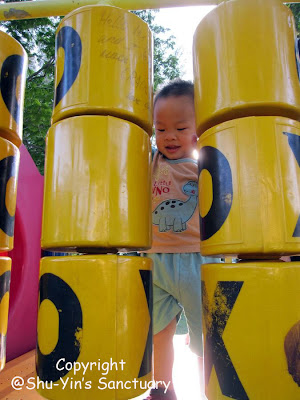 Then he climbs up to the second platform for a swoosh down the slide. Shern is brave enough to swoosh down all by himself. Sometimes I have a near-heart attack seeing him. Haha. 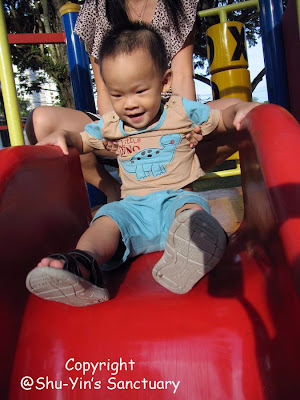 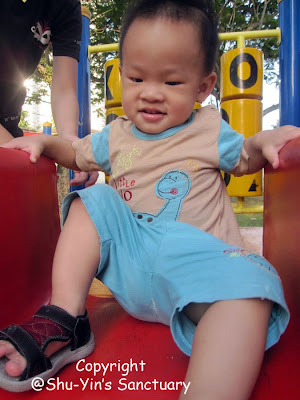 And boy, it's not a very small slide either. Kinda big and long for a small toddler. But he likes it. 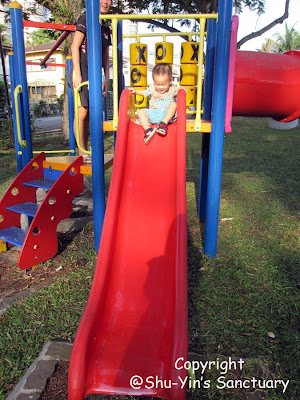 Next, he explores the tunnel adjoining the second platform.
He loves the tunnel and always picks up the tiny twigs or bits of paper he sometimes finds inside the tunnel for me. Haha. 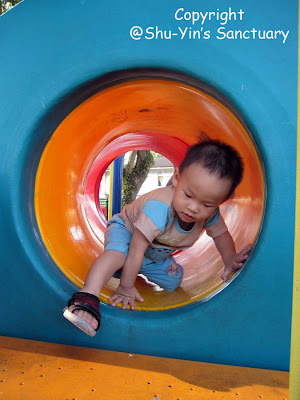 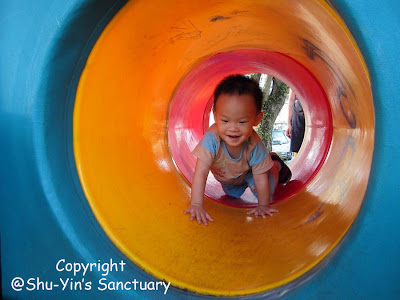 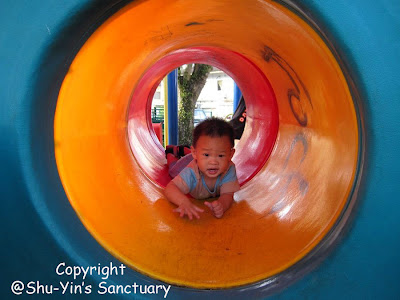