In Resort's Kids Room in Phuket 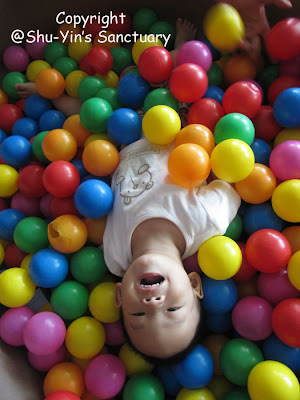 15 & 16 February 2011
Shern was in all smiles when I told him that I was about to bring him to play in the Kids Room at Bel Air Resort. He trotted happily holding my hands with a big smile on his face. 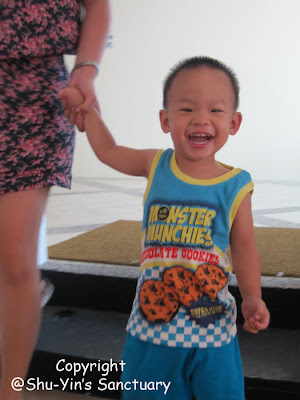 Of course Shern was happy. He got to play with so many things.

He played on the slide for the first time. He bravely let go his hands and slid down the slide himself after the first few times. 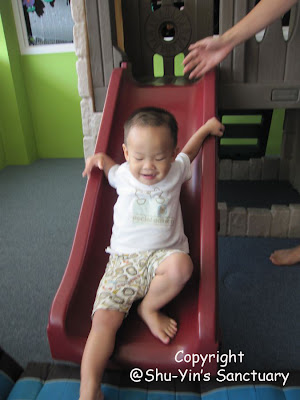 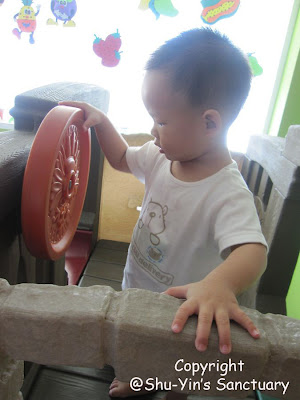 He played with the Play House, going in and out and peeped out the windows. He even pressed the door bell. 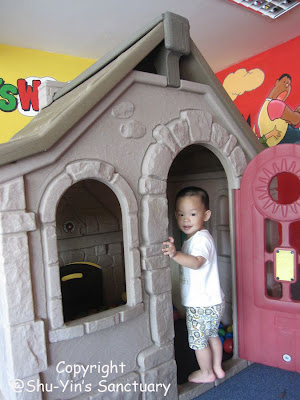 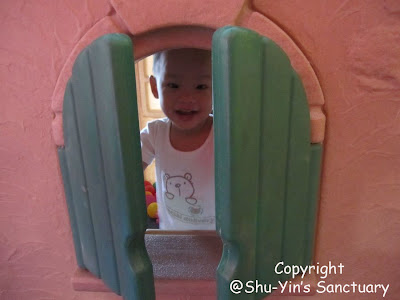 Of course he played with his favourite cars and trucks and other vehicles with wheels ala Shern's Lying Down style. :P 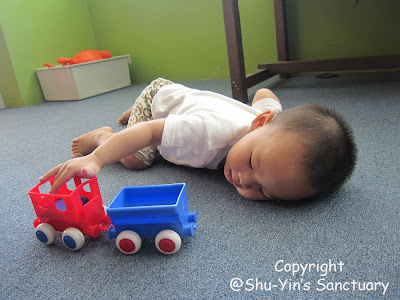 He got to make friends with the other kids who stayed in the same resort. 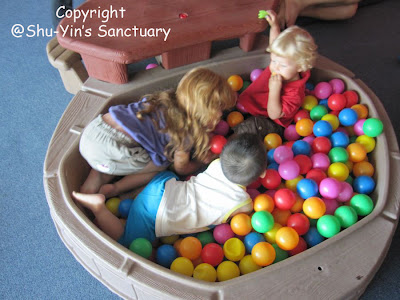 And he even got himself an ang moh girl friend. *wink* 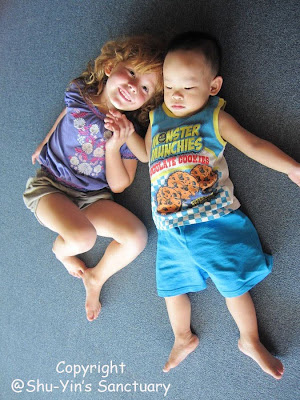 Shu Yin, You are wise to document the growing up of your kids. He is so adorable and obviously a very happy kid. I love the last photo of him with that blonde cuitie!

Thanks for visiting my blog. Btw, how did u stumble upon my blog?

Anyway, my blog chronicles around my life. So it talks about everything in my life, be it my family, my son or my bakes and even my travels. hehe. so my blog is kinda like a 'all-in-one' space for me to document my life! ;)

thanks elly! ur comments motivate me to blog more! hehe ;)