This is Shern at 17 months, with his too-long, uneven, spiky hair.

Actually, these photos were taken when he was having mild food poisoning, which I found out so many days later from his paed. He was having loose stools and even vomitted once. And he completely lost his appetite.

Well, I thought it was just another teething stint. I did not know because he was just about as active as ever. 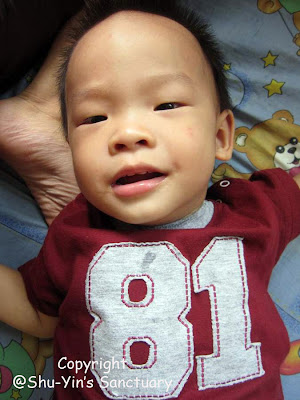 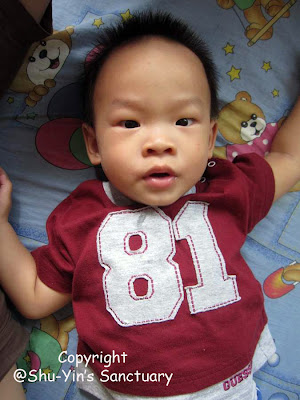 Playing with his toys with his yee-yee-s who came over to stay due to the school break... 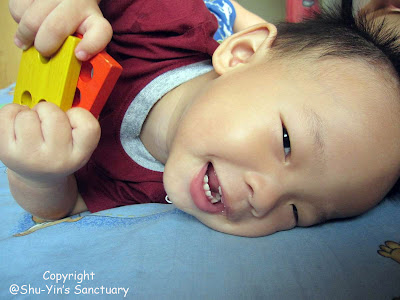 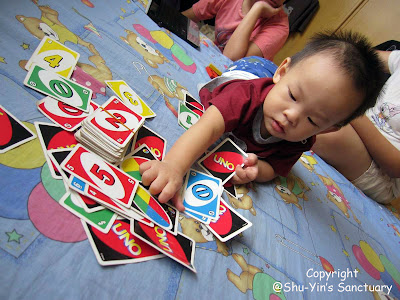 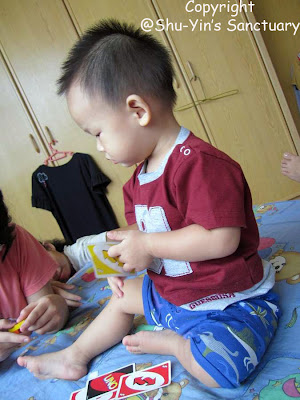 He went about still active and all. 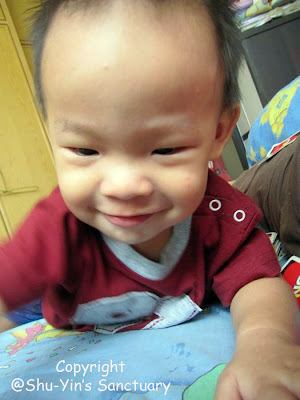 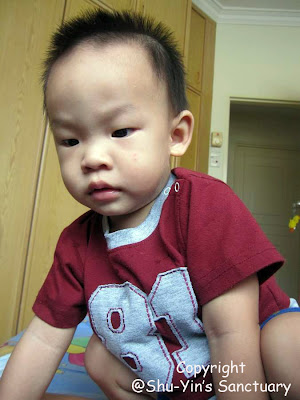 But looking at his photos now, he did seem to have lost some weight, my poor baby. 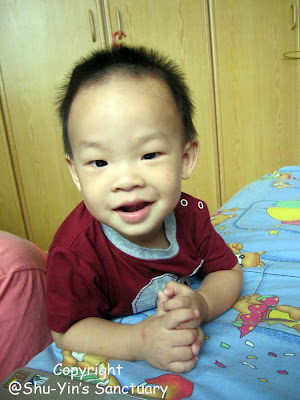 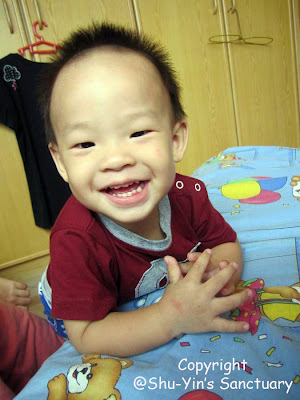