Screaming During His 8th Haircut!

Shern is 18 months old and he already had his 8th haircut!

It is not that I like to send him to the hairdresser all the time. After all, Shern is terrified of the hairdresser. He screams and cries every time she touched his head. And I ended up with Shern's hair all over my body while holding my screaming son.

But I have no choice but to bring him there every two months or so. Like the hairdresser said, his hair is like a 'durian'. They spike up hard. And his hair is still not growing evenly yet. So can you imagine how unruly he looks with uneven spiky hair?

So how does he look after that? A clean botak handsome guy, I must say! ;) 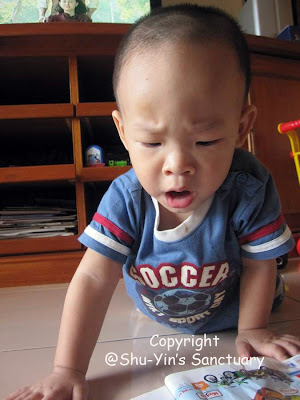 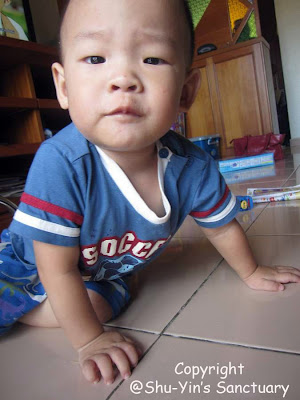 He is a much fatter boy compared with just 10 days ago when he was sick.
His appetite has returned and he is his usual self who asks (erm...demand) for food 24/7. :P