We spent the Merdeka holiday at Sunway Carnival Mall in Prai.

Left our house early in the morning so Shern had not taken his usual 11am nap.
Shern was whining away when we reached there. But since there was so much to see, he refused to nap. After a couple of hours of battling with sleep, Shern fell asleep.

When he woke up, he was so energetic especially after his snack on bread and Milo.

He was snacking on his bread at the corner of the mall where there were less people. He was running around happily. We couldn't even take a good photo of him without it being blur. He could not stand still. This is the best photo of him. 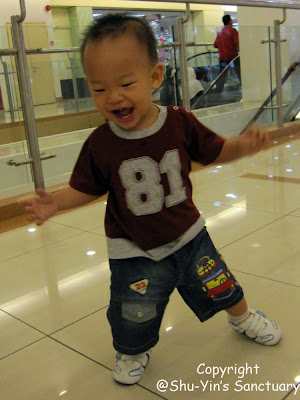 31 August 2010
When I scooped him up into my arms at last for a good photo shot, he was making his face. Haha. He didn't want to be carried. He wanted to run wild! ;) 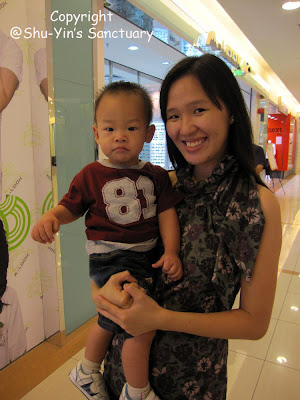