I just realized I forgot to blog about Khye's birthday last year! (Ooopss...coz I whisked off to Iceland straight after his birthday was over!)
Khye celebrated his 6yo birthday last September.

So here it is.....the first part of his birthday celebration.
Let's start off with his cake.

He wanted a Solar System-themed party and so I had the planets and the sun cake toppers all printed out.

I ordered Chocolate Indulgence cake from Secret Recipe.
I told them I wanted it plain. 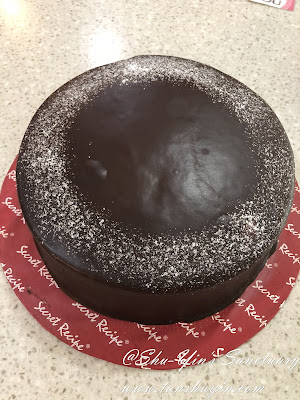 I put on the planet toppers and the yellow sun.
Added the number '6' gold candle.
Added some stars on the sides of the cake.
Simple cake deco. 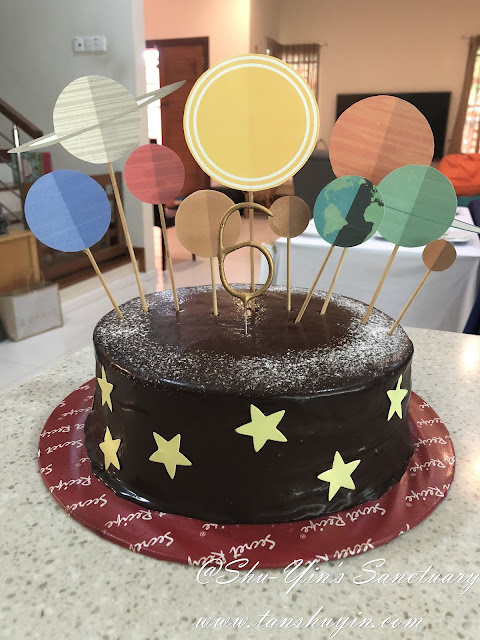 Then I felt it was a little off as it was missing Khye's name.
So I added in 'Yiu-Khye' on the yellow sun.
Ahhhh....it was much better, much more complete, don't you all think so? 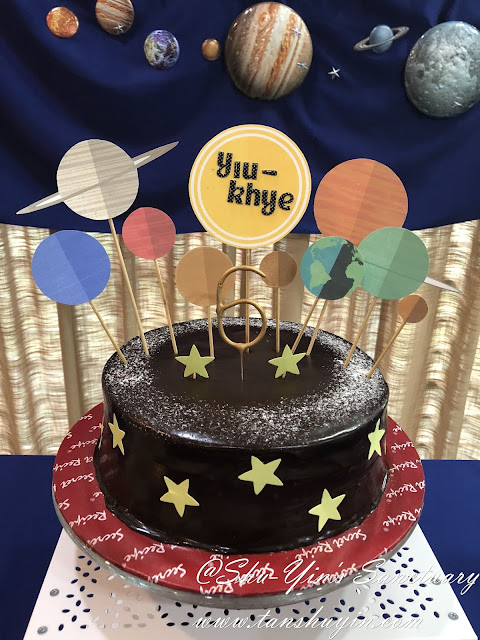 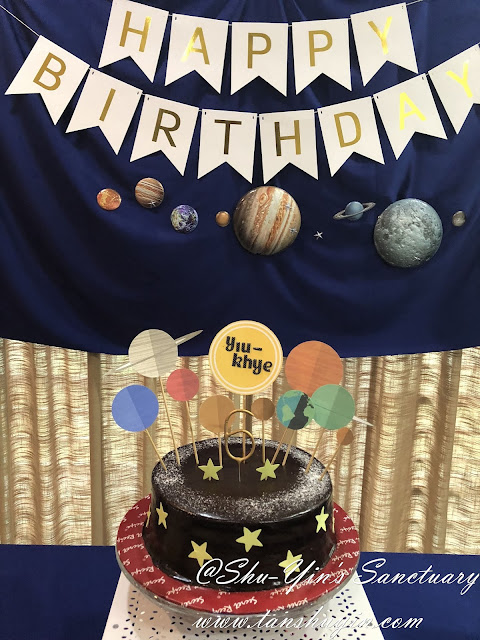