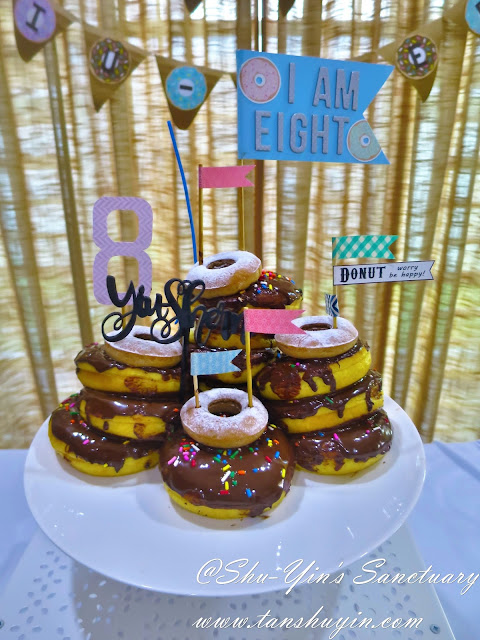 This year, when I asked Shern if he wanted a chocolate flavoured cake just like every year, I actually expected 'yes' for an answer because I know he is still a chocolate lover.
But then he gave me an answer that surprised me.
He told me "Mummy, I don't like to eat cake anymore. I like to eat donuts!"

So apparently, my son now doesn't fancy cakes anymore. But then that was the reason I decided to throw him a Donut Birthday Party.

As for his cakes, instead of preparing him the usual donut cake where you use an actual cake and then top it with donuts, or a cake that is in a donut shape, I decided to just use donuts to form him a "Donut Cake"!

In Penang, we don't have Krispy Kreme, or Dunkin' Donuts or Big Apple (used to have though!). We only have J.Co Donuts, which are actually not bad!

So I got over there on the morning of the party, and ordered 4 dozens of donuts.
When buying more than 2 dozens of donuts, each donut costs RM2.
So I used about 10 J.Co donuts here for the construction of the Donut Cake. This is in fact one of the cheapest cake ever! :)

Since Shern loves chocolate, I used ten J.Co's Coco Loco donuts. I sprinkled some rainbow sprinkled on top of them to make them visually more appealing.

And then I started constructing them to form a donut tower. (I got the idea from this pinterest here)
Those sugar mini donuts are from Cheryl from The After Meal. I actually ordered them for the party favours. She gave me a few extras and so I used them to put on top of this donut tower.

Added on the handmade tags and flags, and the acrylic tag "Yiu-Shern" I recycled from last year's birthday cake. 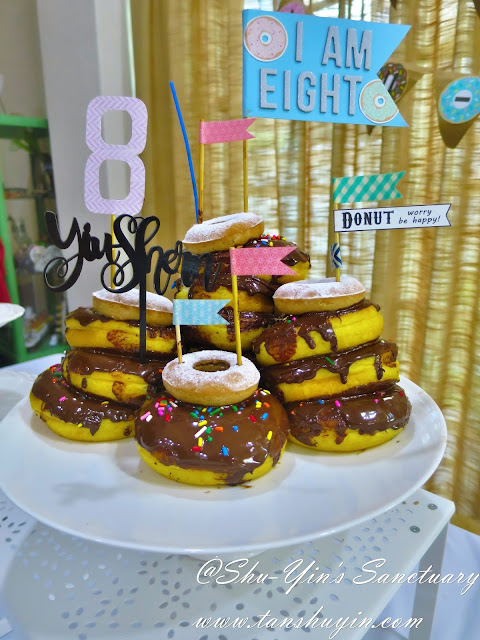 And that was it.
An awesome One-of-a-kind Donut Birthday Cake for Shern! 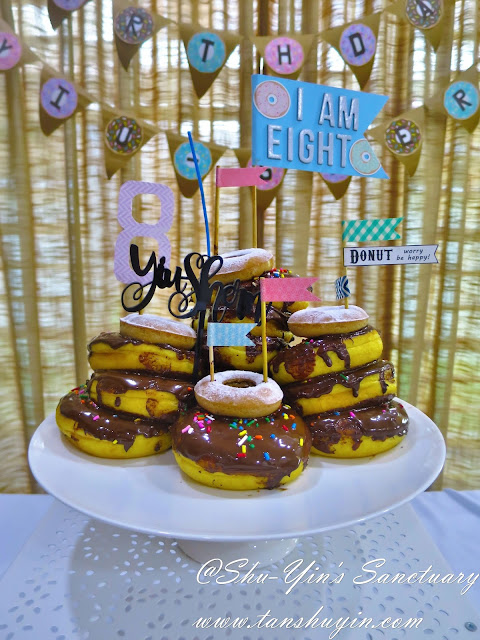 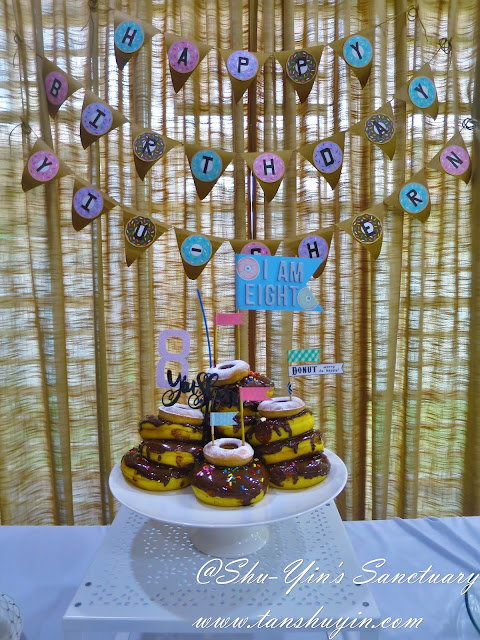