You know that San Francisco streets are really steep right? Because Lombard Street is well, just a street (and yet so many people wants to see it) and difficult to get parking space, we park further and then walked to there.

So we walked these steep streets. It was quite tiring actually. 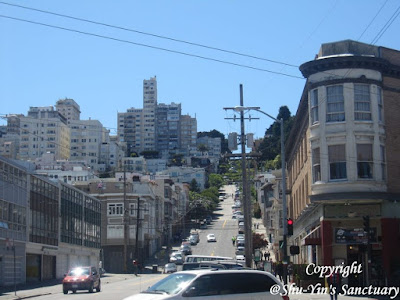 Ok, so this is Lombard Street.
Lombard Street is an east-west street in San Francisco. It is famous for having a steep, one-block section that consists of eight tight hairpin turns.
Some says it is the crookedest street in the world. 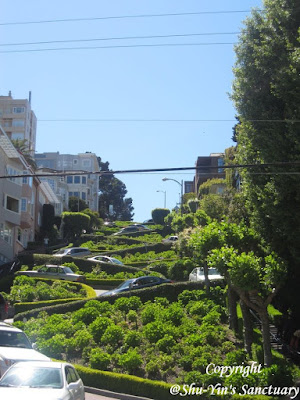 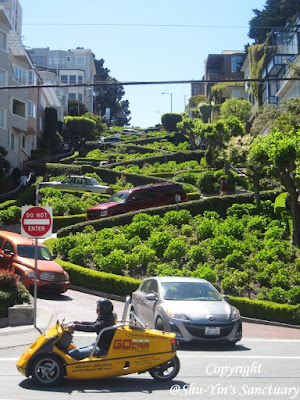 Quite interesting right? And being such a crooked and steep street, they actually still allows vehicles to drive through. It must be a real challenge to drive there.

Actually, that was the reason why the road became so crooked. Initially they built a road but it was so steep straight down that they were afraid people would get killed driving a steep straight down road. So they put grooves and them make the road so crooked so that the drivers would step on a break while driving. Something like that. ;)

And guess what? There are still people living on that street. How's the feeling I wonder to live in such a place where once you open your front there, a crowd of tourists are bound to be there snapping away? 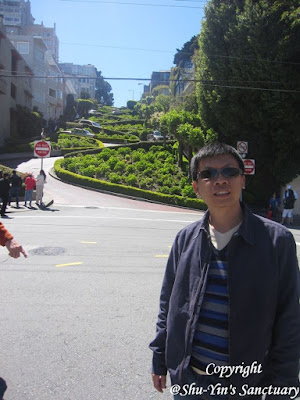 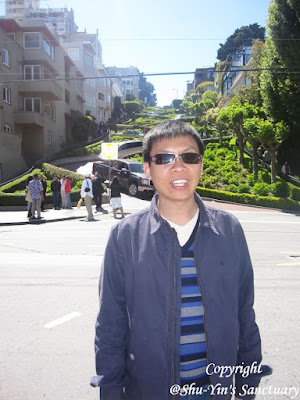 I'm loving the lush greens on the road. Makes the place so beautiful. 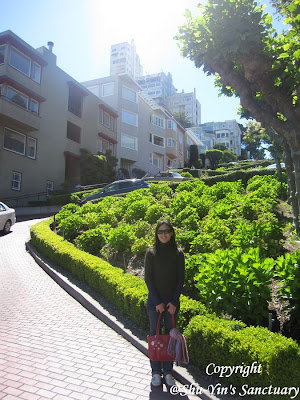 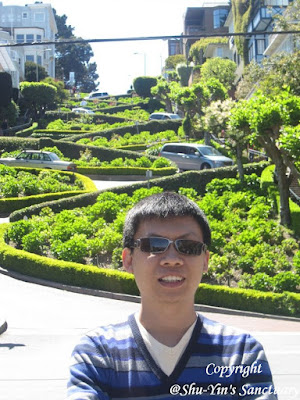 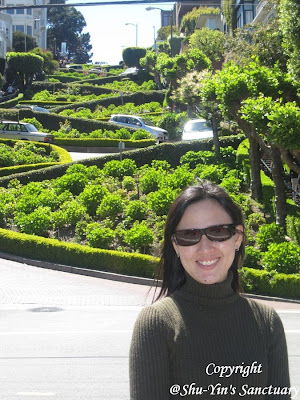 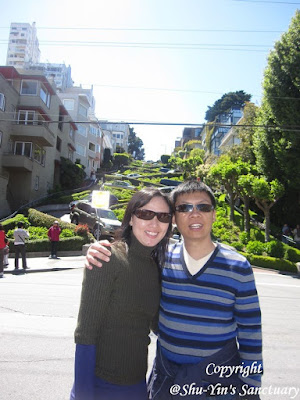 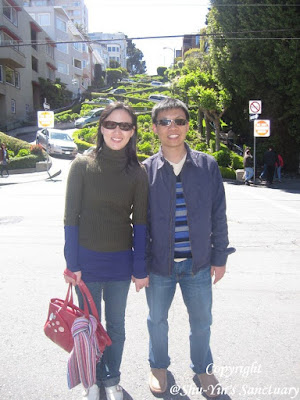 And then I turned around, and saw the road behind me so steep that I could see the whole neighbourhood. Loved it and couldn't help but to snap, snap and snap. 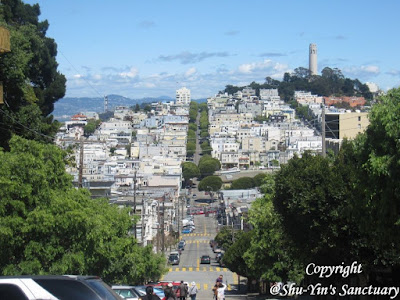 So while other people were busy photographing Lombard Street, I was snapping away at the opposite directions. Snap. Snap. Snap. 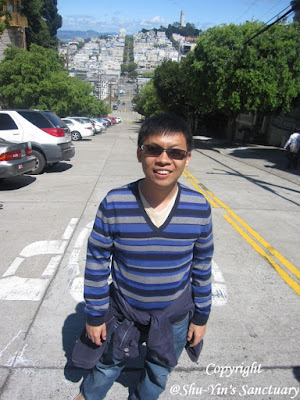 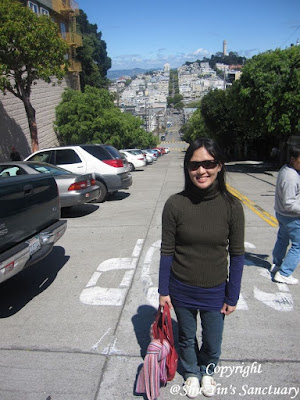 This really shows how steep San Francisco roads are. You could practically see the whole neighbourhood from where we were standing. 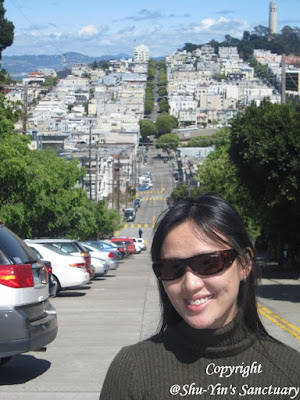 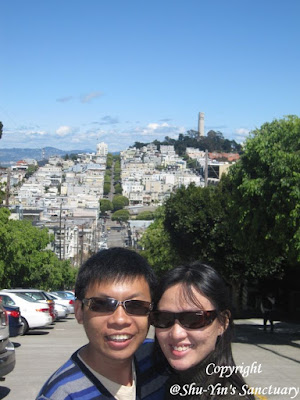 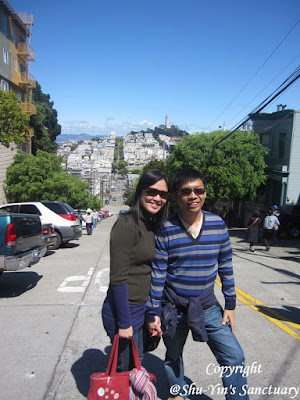 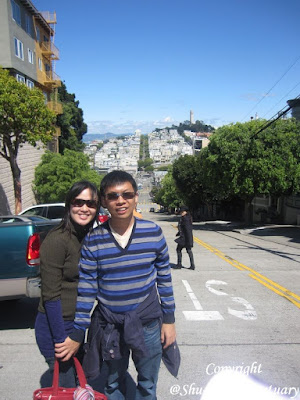 So Ok, I finished another post about beautiful San Francisco. 100 more posts to go! ;P