Today is another milestone reached. No crying while having his hair cut! Amazing!

Just up to two months ago, Shern was still crying while having his haircut, although he had more than 10 haircuts since birth. 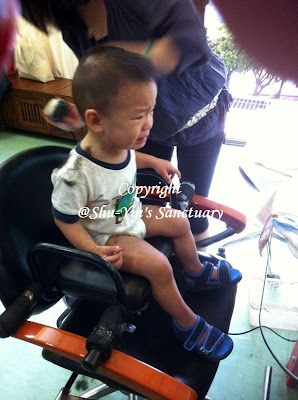 29 March 2011
This morning, I took Shern for his haircut. On the way there, I told him that he must be a good boy and must not cry while aunty cut his hair. It is not painful.

When we reached D Salon at Prima Tanjung, the hairdresser gave Shern a strawberry sweet (the one he is holding with his right hand).
Shern did not protest when she put the cover over his clothes. However, Shern was uncomfortable because he could not see his hands. After we took his hands out for him, he was ok with it.

A little bit wary-faced at first, but no wailing sound from him, which was already a good sign. 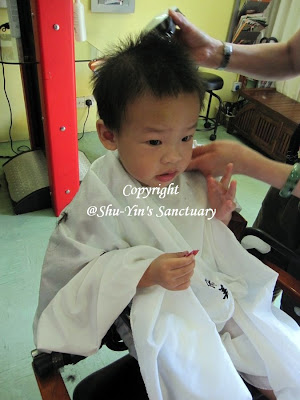 3 August 2011
With him holding the sweet on his right hand, I gave him mini M&Ms while he was having his hair cut. 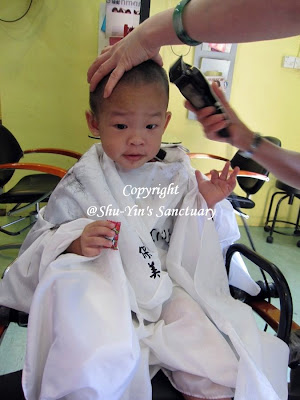 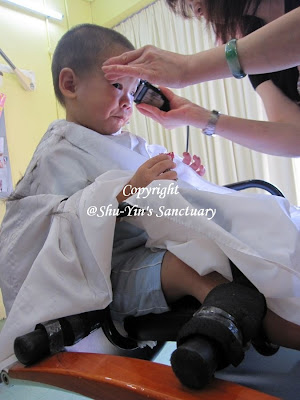 All he kept saying was 'ekk ekk' (meaning dirty) because his hands was covered with hairs. Lol. My son is really a clean freak. So I had to continuosly wiped out the hairs on his hands while feeding him mini M&Ms.

Look at him enjoying the M&Ms. Not too often he gets to eat sweets/chocolates. 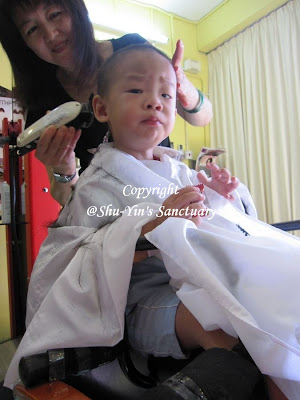 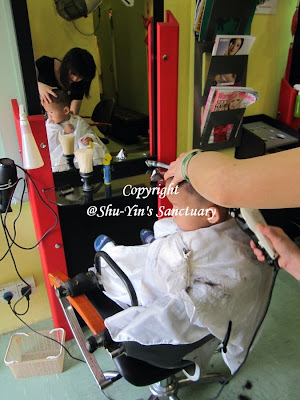 As usual, my son looks like a gangsta! :P 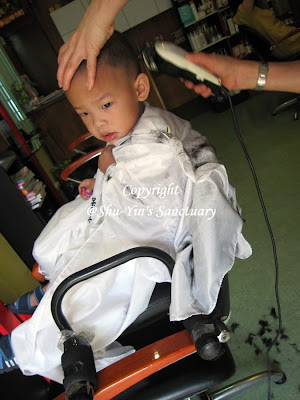 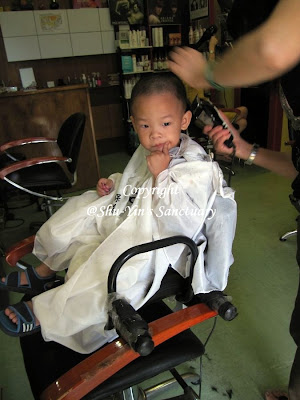 This is Shern after his haircut. Once the hairdresser was done, Shern said 'OK, finish. Go home eat sweet'. Hahaha. He was eyeing the sweet in his hand! 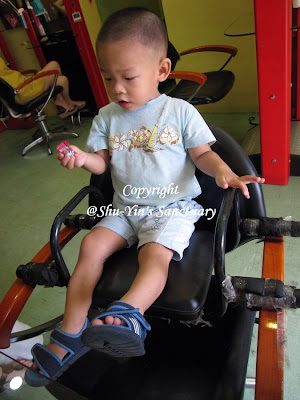 eh, the 2nd photo looks a bit mohawk-like. this time nvr cry, means next round can shave stylo a bit! :P