Shern and his Floats

Since Shern is 16 months old and was always finding ways not to be confined in his crabby float, I brought out the Floaties hand floats. And to be safer and to make me feel more at ease, I went to buy him the Ogival ring float as well - to secure my super active toddler.

So instead of stopping on Shern's waist, it goes all the way up to his armpits. Wearing both the arm floats and the ring floats, Shern looks so cute. He is all padded up with floats! Haha.

I love this photo. He is like super adorable here! 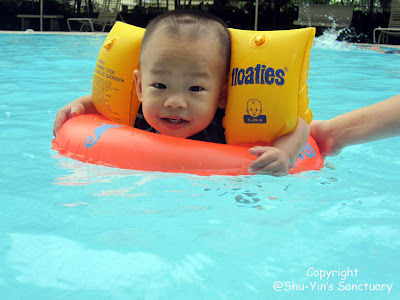 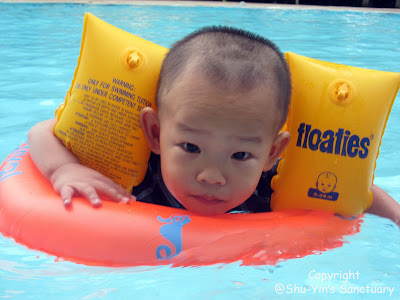 Shern could not stay upright. I should say he do not know how to stay upright yet. His backside kept on floating up and he could not control his hands well as he is not used to wearing arm floats. 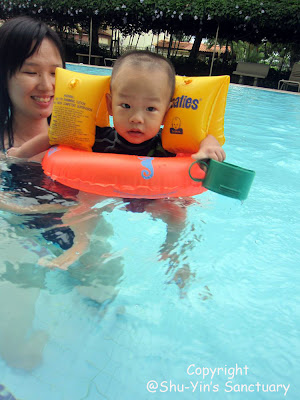 He does better just swimming around. But at times, his head got too low when he rested his chin on the ring float and water could go into his mouth. 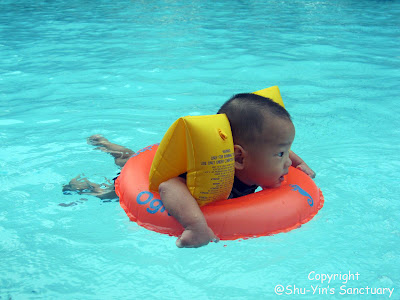 Ain't he the cutie-bear? Hehehe 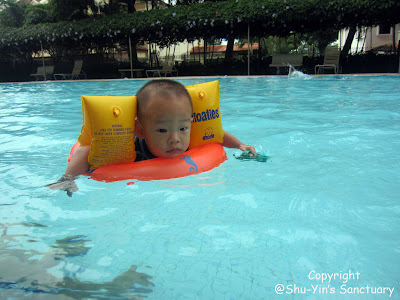 After awhile, I took the ring floats out and let him play and splash about in the baby pool, with his toys. He enjoyed just walking about the pool.

A few times he tried pulling out the arm floats, but since he did not succeed in doing so, he just continued wearing it. I am glad he did not make a fuss about it. 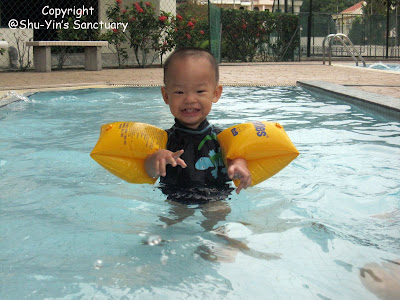 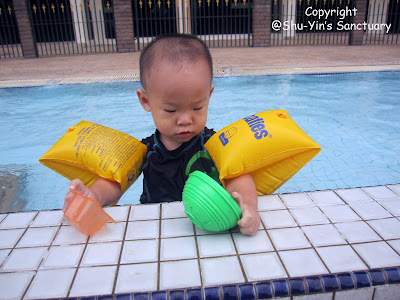 Once awhile, Shern would come to me or his daddy, hugging us. :) 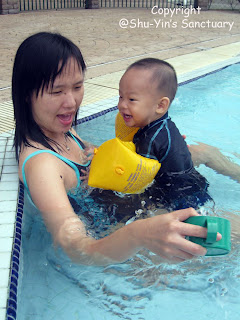 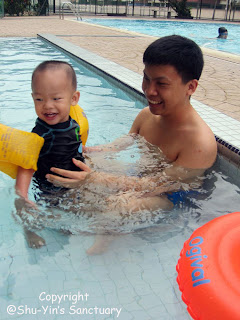 Shern playing with his toys and all. Well, Shern always has a great time in the pool. This is just one of his happy swimming pool session! :) 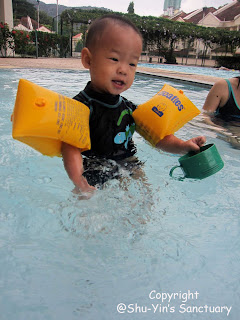 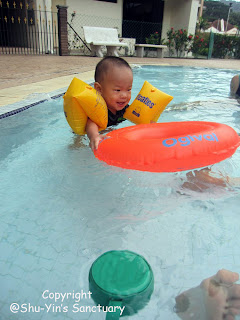 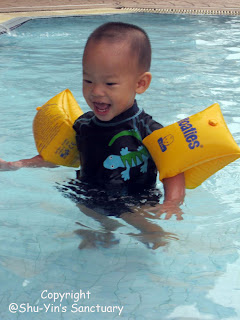 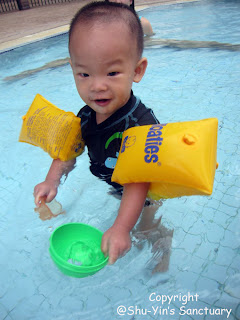 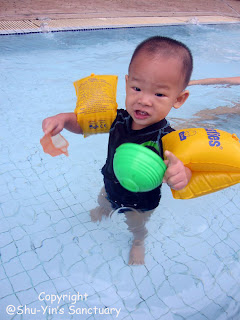 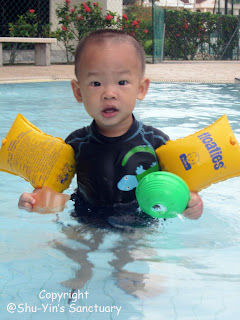