This is a very much outdated post - about a month late. I went out with Pat for dinner on the 5th Feb 2010, before CNY. It was a very hot and humid night so we both wanted somewhere with air-cond.

In the end, Pat swayed me into going to Edo Ichi although I've heard reviews that the food there is not nice.

So Edo Ichi Japanese Cuisine it is then. It is newly opened just a few months ago and is situated in Island Plaza, Tanjong Tokong. 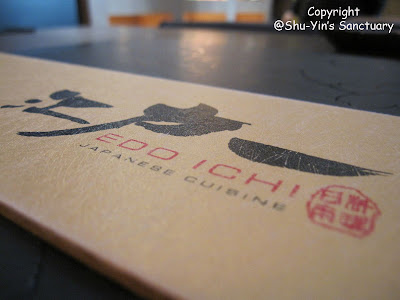 We were the first customers when we arrived there slightly after 6.30pm. The place is nicely decorated with a nice ambience.

Looking at the menu, my eyes started scanning the prices. The price is on the high side. This is one of those posh, expensive Japanese restaurant.

We decided to order the Sashimi and Tempura Dinner Set to share because usually dinner set comes in quite a big portion. And also a side dish of Una Cheese Maki to share.

First to arrive is the Una Cheese Maki. The portion is generous but being priced at RM28, I expected nothing less. There are 8 pcs of sushis there.
I like it taste-wise. Unagi + Cheese can't go much wrong. :) 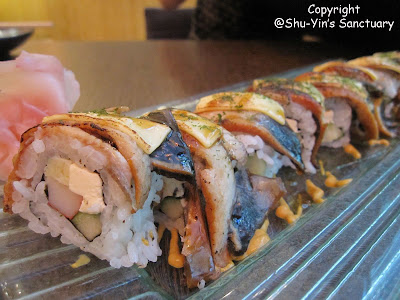 Next comes the Sashimi and Tempura Set. This set is a laugh. The set is so much smaller than expected. 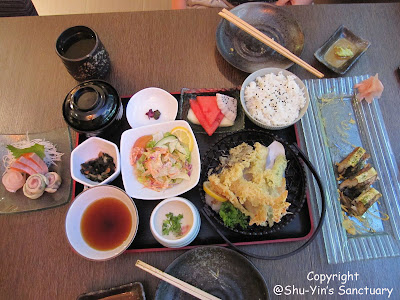 Tempura - comes with 2 prawns and 3 other pieces of mixed veg. 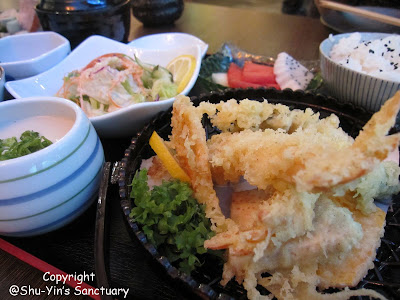 Sashimi - 3 small slices of raw salmon and 3 small pieces of rolled yucky stuff (which I think is some other kind of raw fish). That tasted horrible. 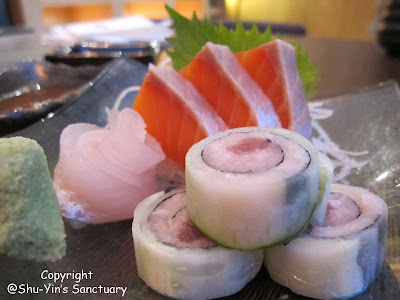 And one of the side dish which I think is the appetizer is some weird looking thing and that is the exact portion served to us. Pat says it looks like piles/hemorrhoid. Hehe. 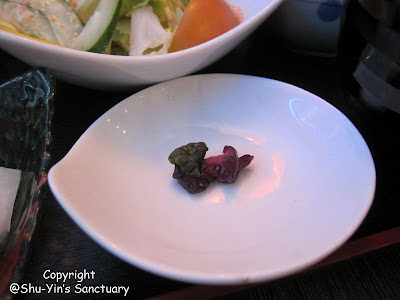 We are not exactly full after we finished our meal. And because we were being seated next to an aquarium, we got to admire some of the fishes there. These starfishes looks awesome. 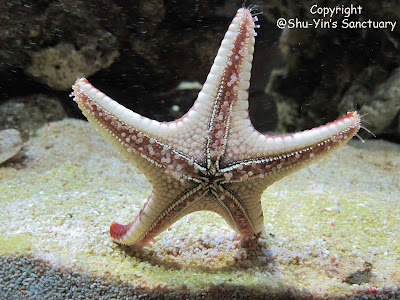 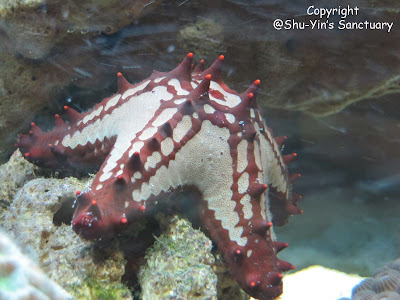 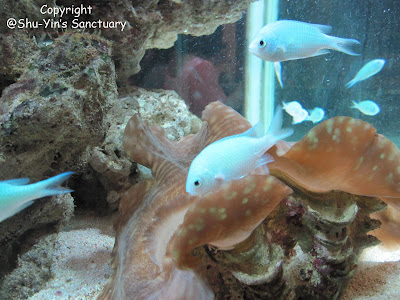 And when we thought we could sit there and chat while drinking their hot ocha, we were being shooed by them - because they said they have another reservation at 8pm.
I was like wtf? I mean, if it is so then they should have told us earlier when we stepped into the restaurant.
So my experience there? Two thumbs down. And I would have given them a 3 thumbs down if I I have another thumb. I think I won't be dining there again by choice. 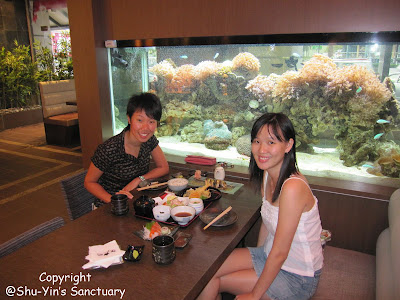 Pat & I
So what is the overall verdict?
Edo Ichi Japanese Cuisine is an expensive restaurant with bad service.
There. I've said it.

The teriyaki salmon set was not bad..was the only set that was good when I went there with Shuey and Ee Lyn :P

also the rainbow maki was ok too. but ya the price is a bit steep. but at least when I last went there, they still served free green tea ice-creams for dessert ;)

haha if u read my previous post, the day I went was the last day for the promotion :P