It is called Shu-Yin's Omelette because no one else can make it the same as mine - because I cook it with my love as Peter put it! Haha.

This time around, I chopped in some diced tomatoes. Basically, I just put in anything that I have in the fridge. But I always put in shredded imitation crab meat. And I like to put in tomatoes and spring onions to make the flavour more intense! 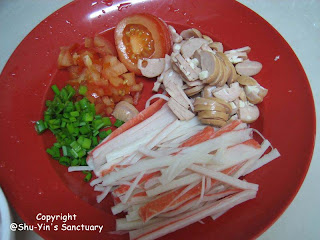 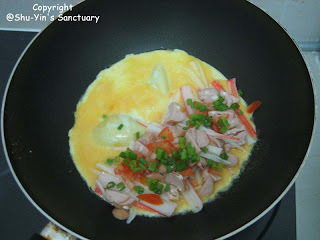 Throw in the ingredients when the egg base is formed but top is still half watery. 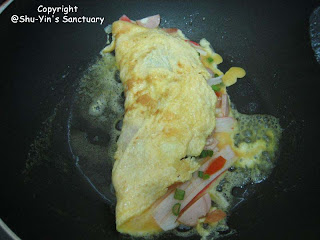 Halve the omelette in the pan. Flip it over after a while to get the top part nicely cooked as well. 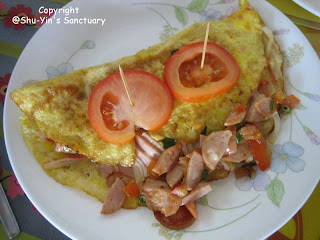 Serve it HOT and with a slice of wholemeal bread if you want a wholesome meal.