Yes, we are on a roll!
After the Thumbprint Freight Train, and the Painting With Trains activity I did with Shern last week, today I added another Train Activity for my kids.

As usual, I went to my Pinterest board for inspiration and saw this fabulous idea I'd been eyeing for quite some time. And since today is Deepavali school holiday for Shern, we spent some time in the afternoon doing this.

To make this is rather simple. Just find a plain cardboard box (I used my old discarded Ikea Raskog's box).
I then cut some holes to make the tunnels. It was not a perfect cut as it was not easy cutting through thick cardboard but it was good enough for my kids!
And then just decorate it anyway you want!

This time, as usual, I involved Shern in the activity.
I asked Shern to draw some railway tracks/railroads across the top and sides of the box.
We used a black Sharpie for that! 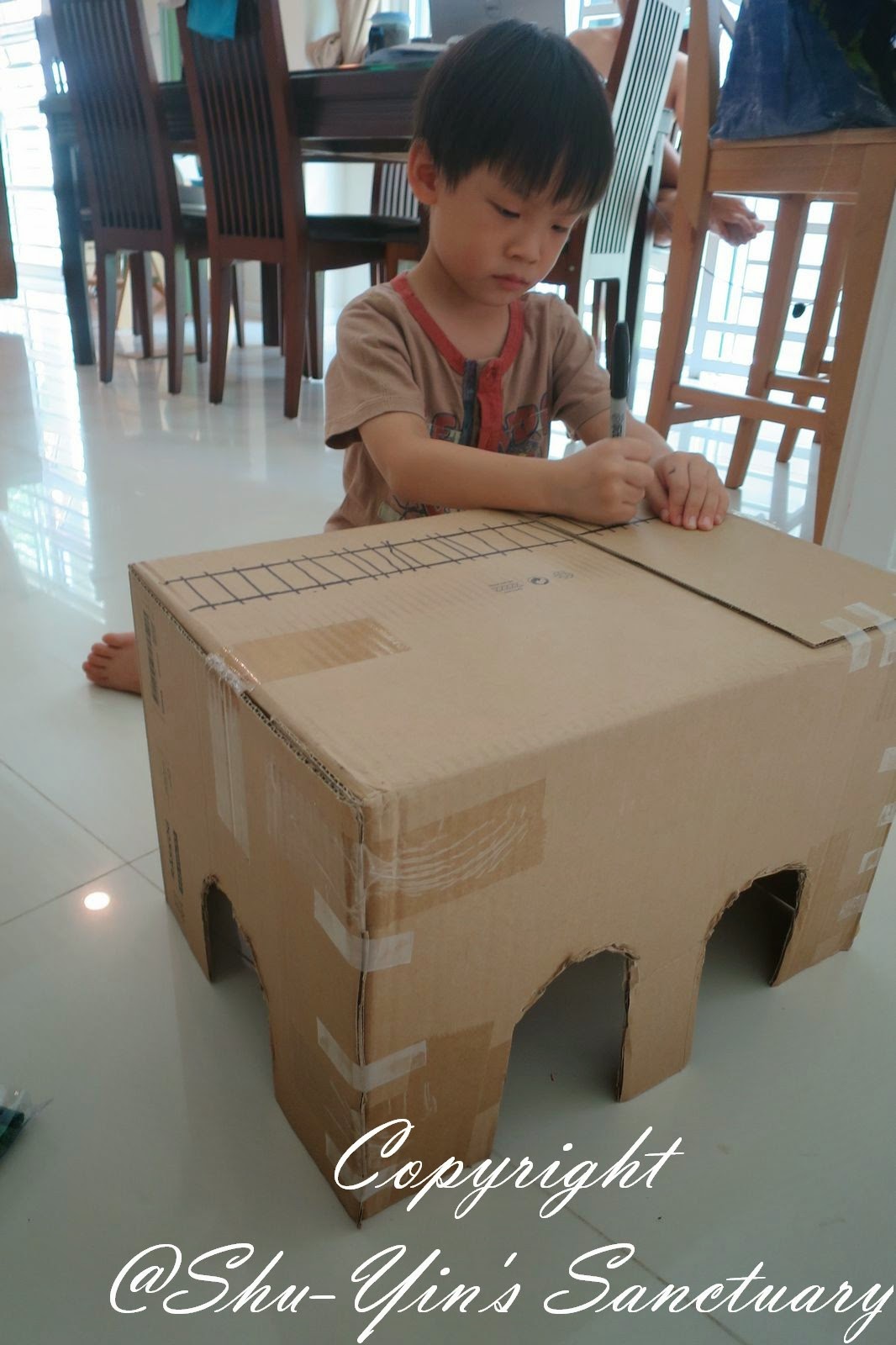 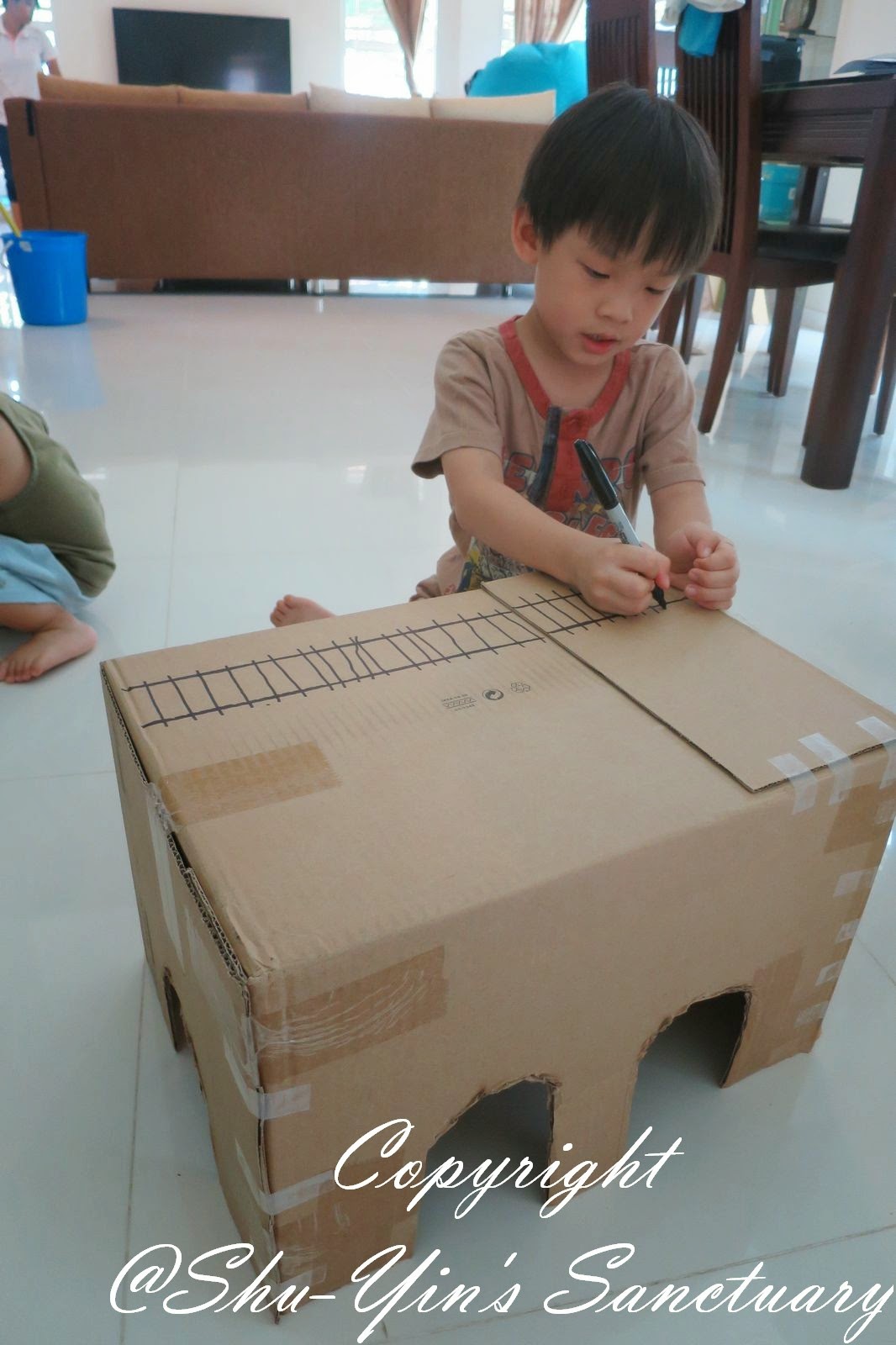 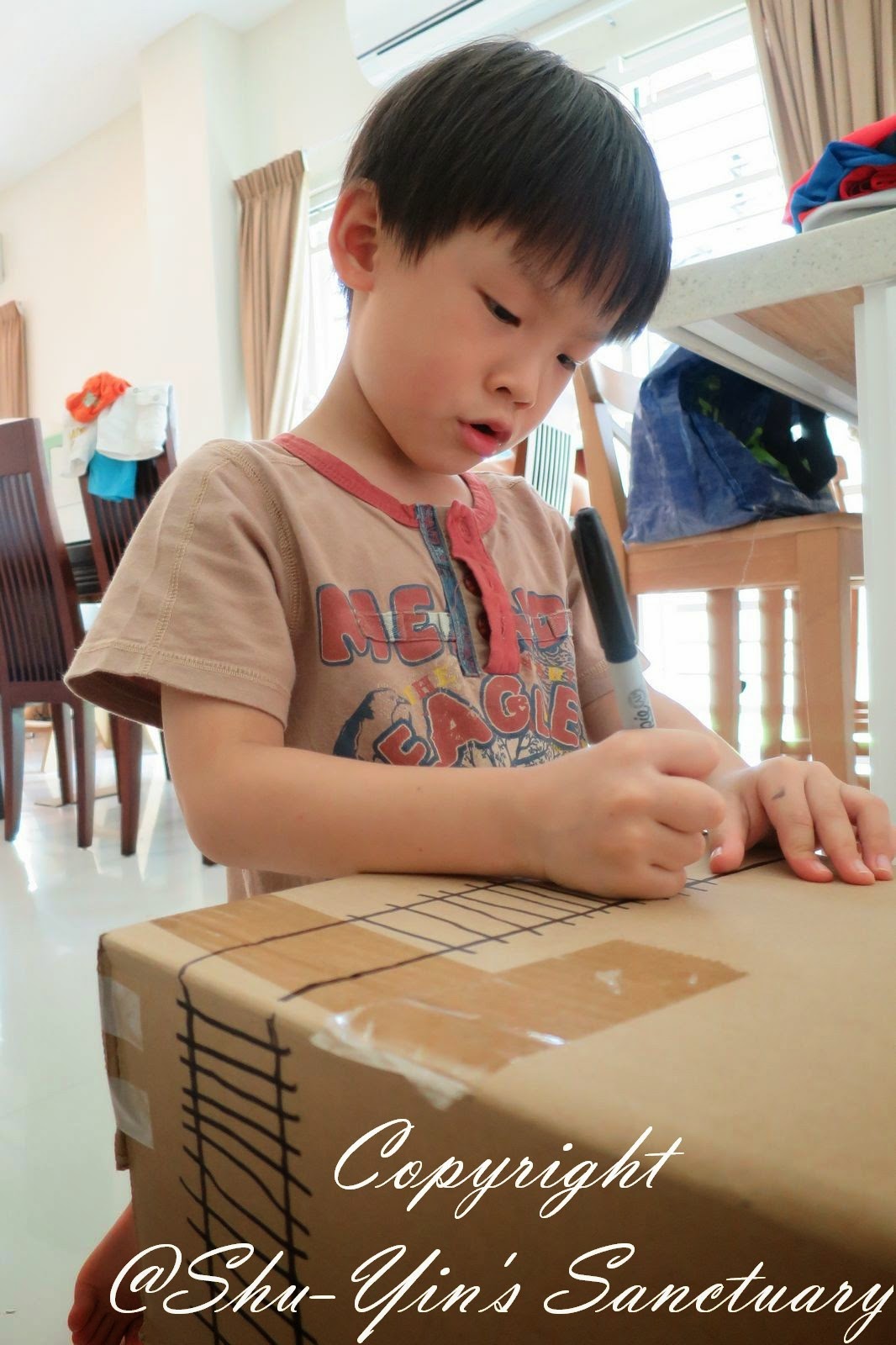 Khye was not left out too because I got him another box and also some magic pens and let him doodle on the other box, so that he would not come scribble on the box Shern was working on! 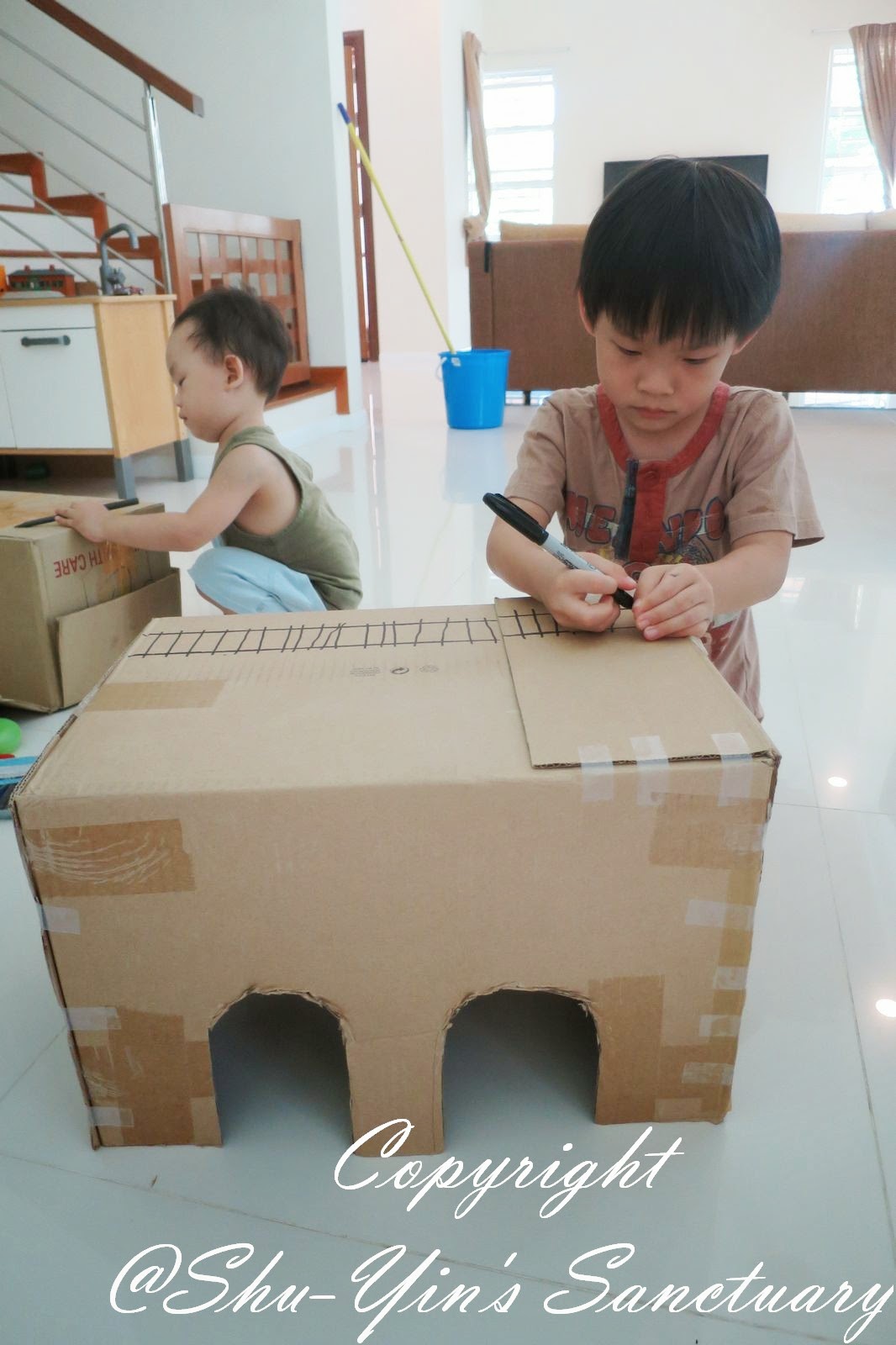 After the tracks, we used green magic pens for Shern to draw a scenery.
Shern drew trees and flowers and clouds. 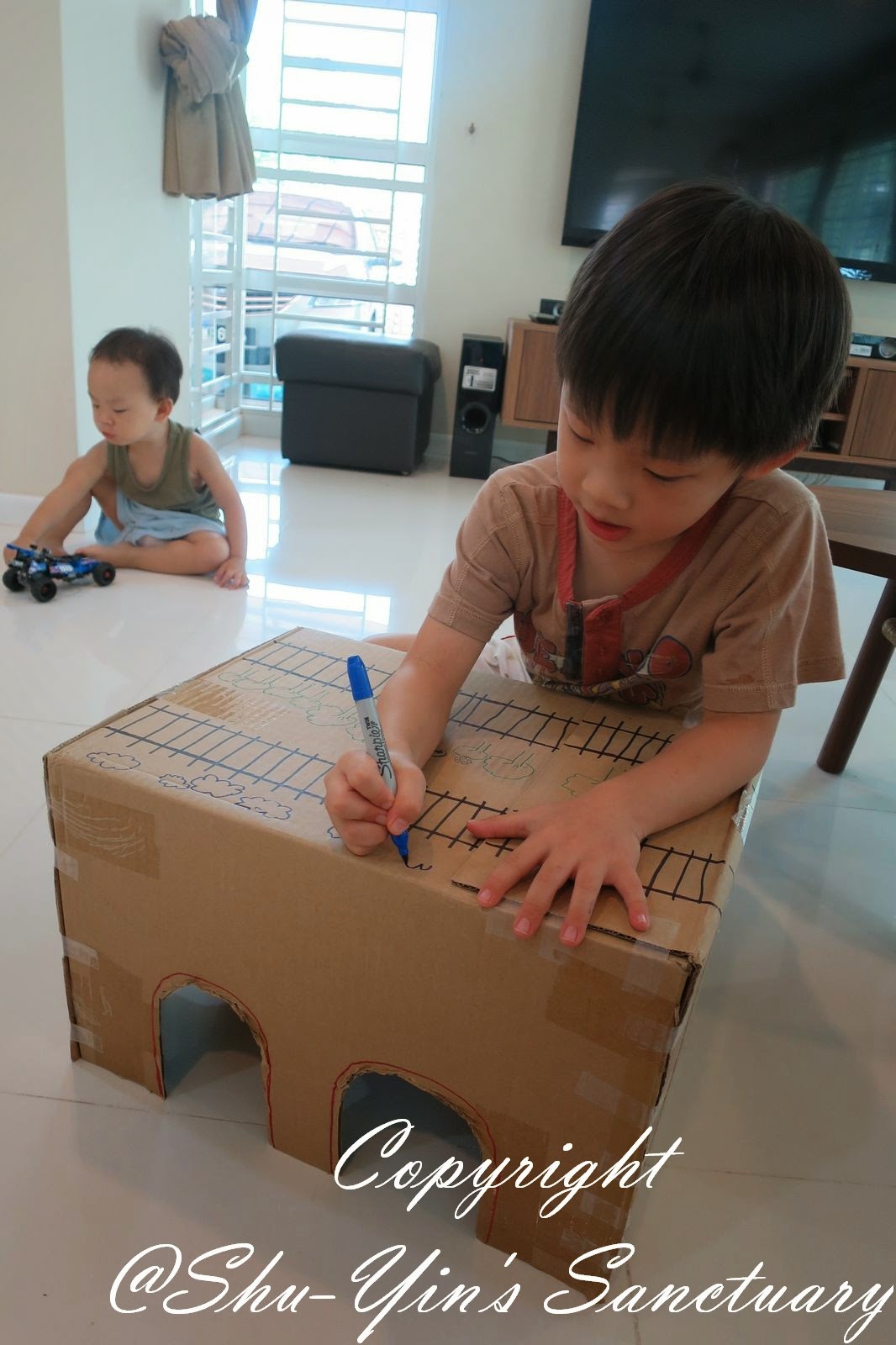 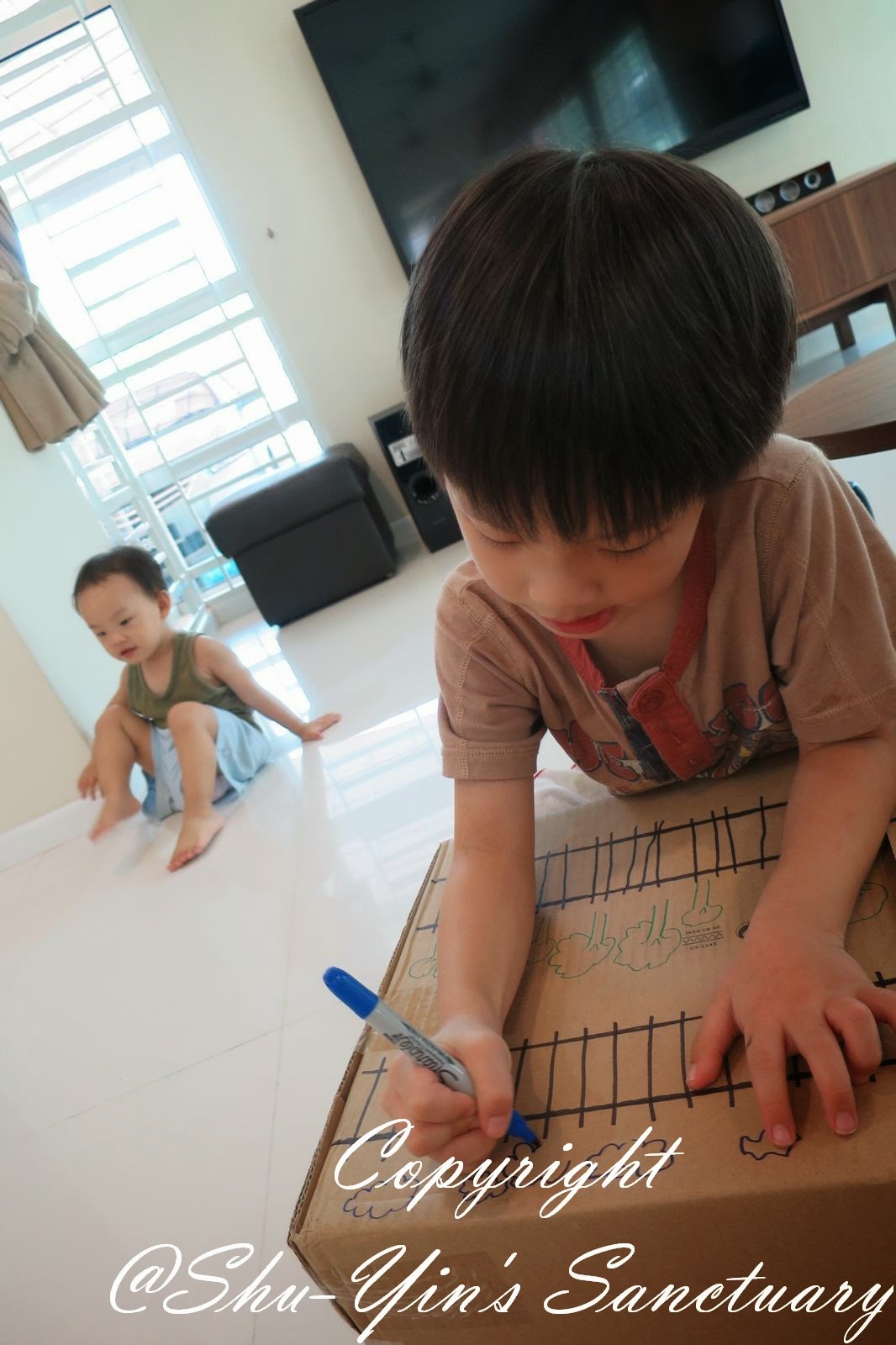 This was what Shern drew on top of the box. 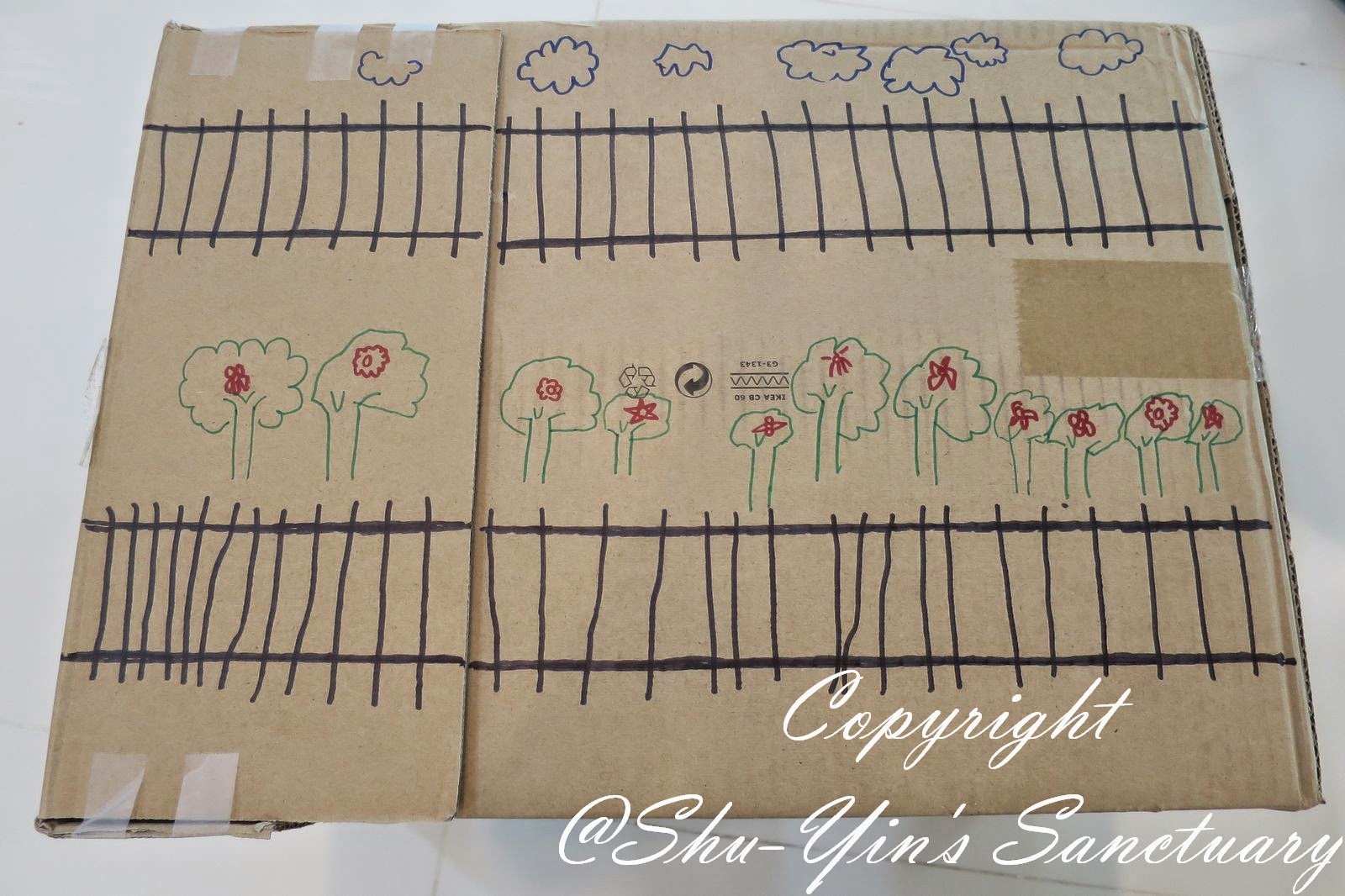 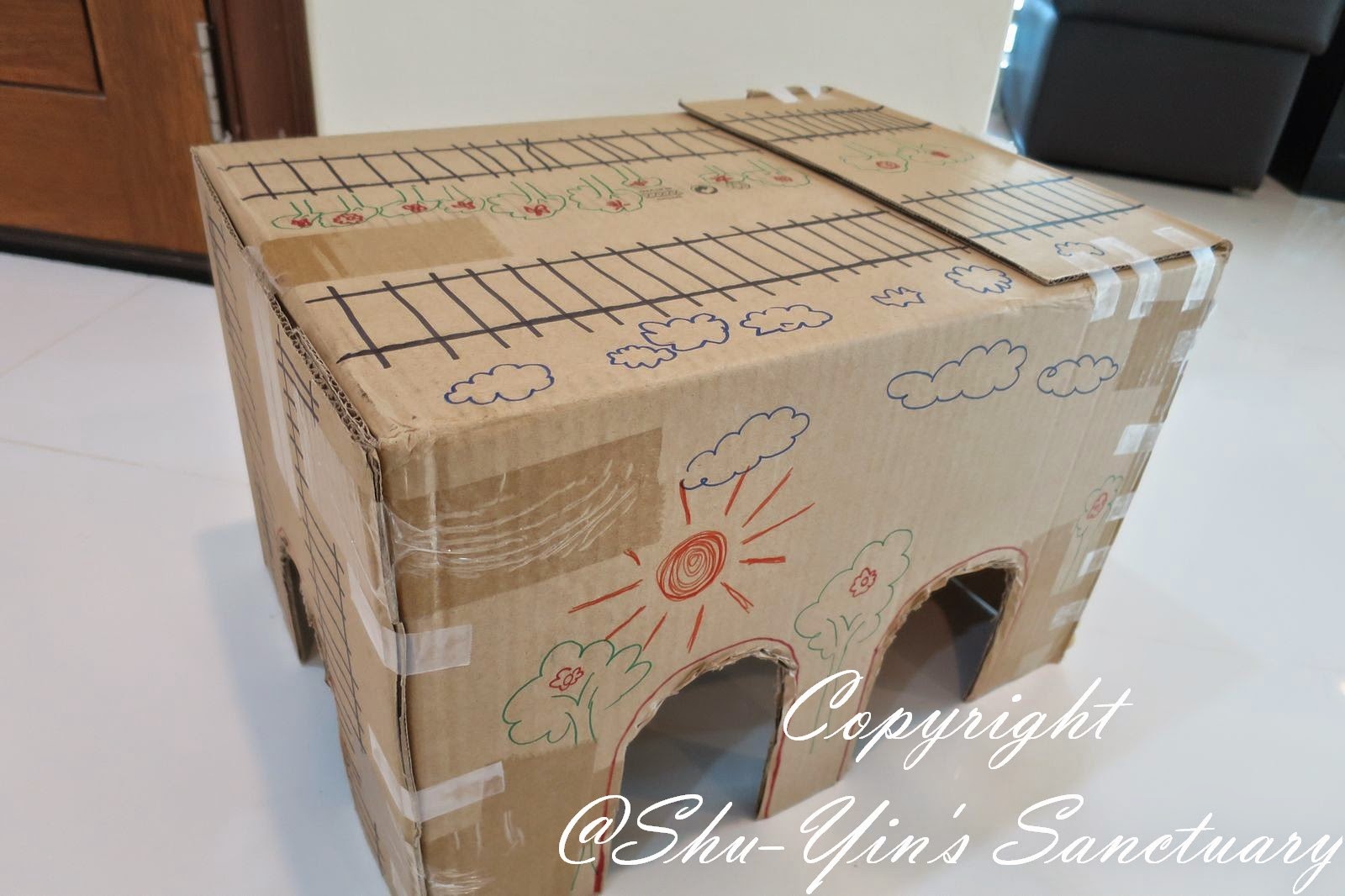 These are the sides of the box. 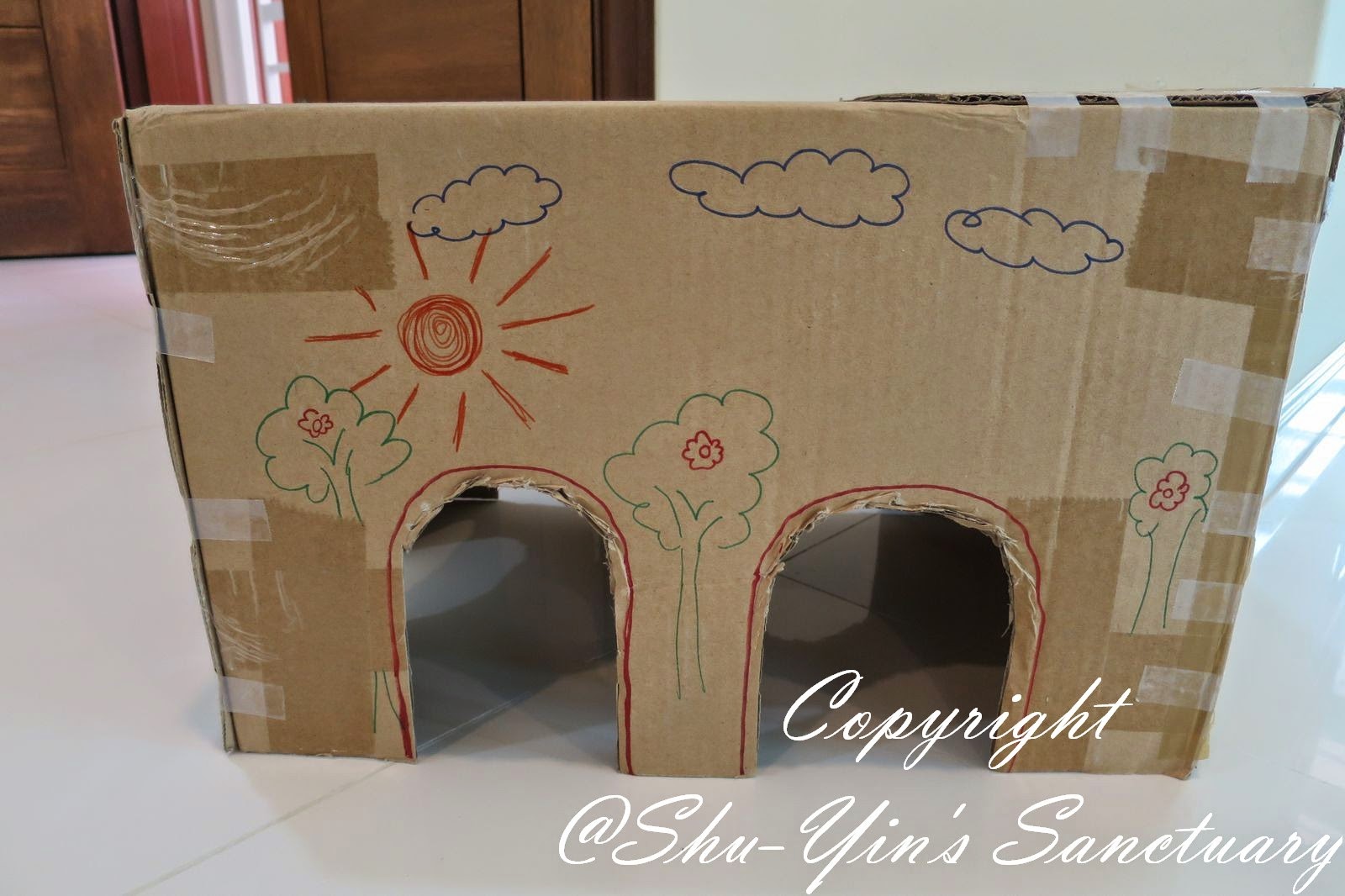 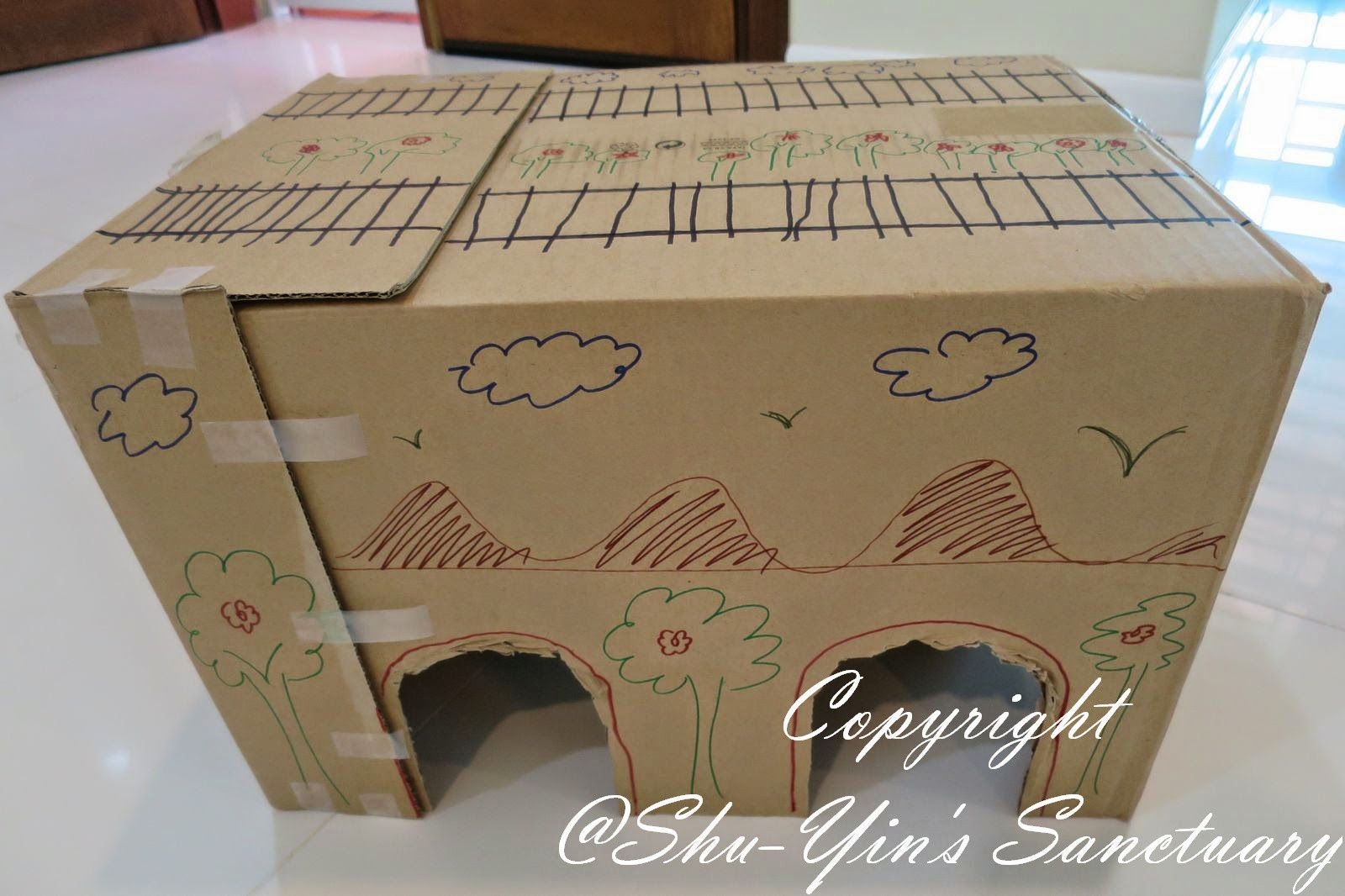 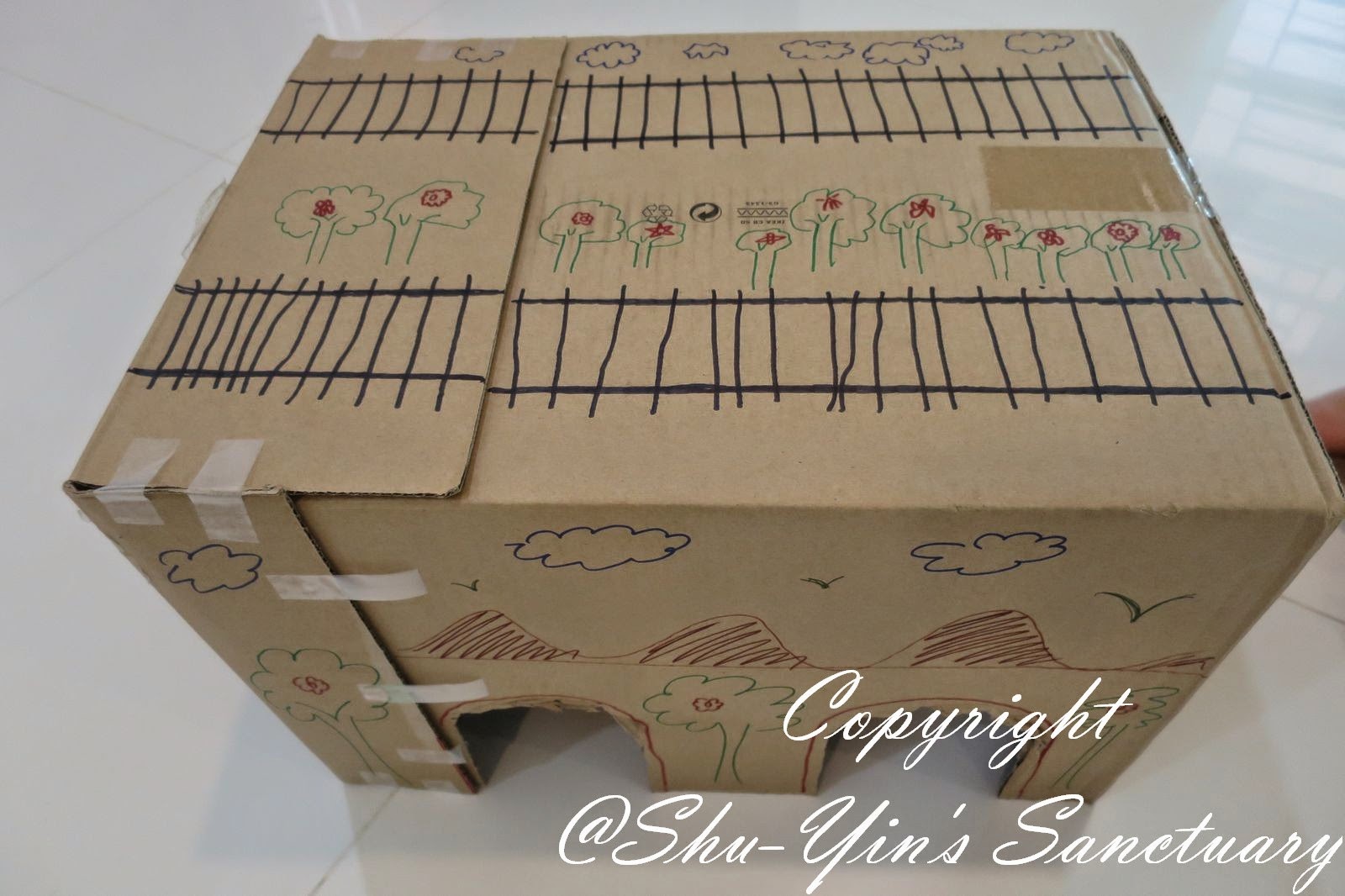 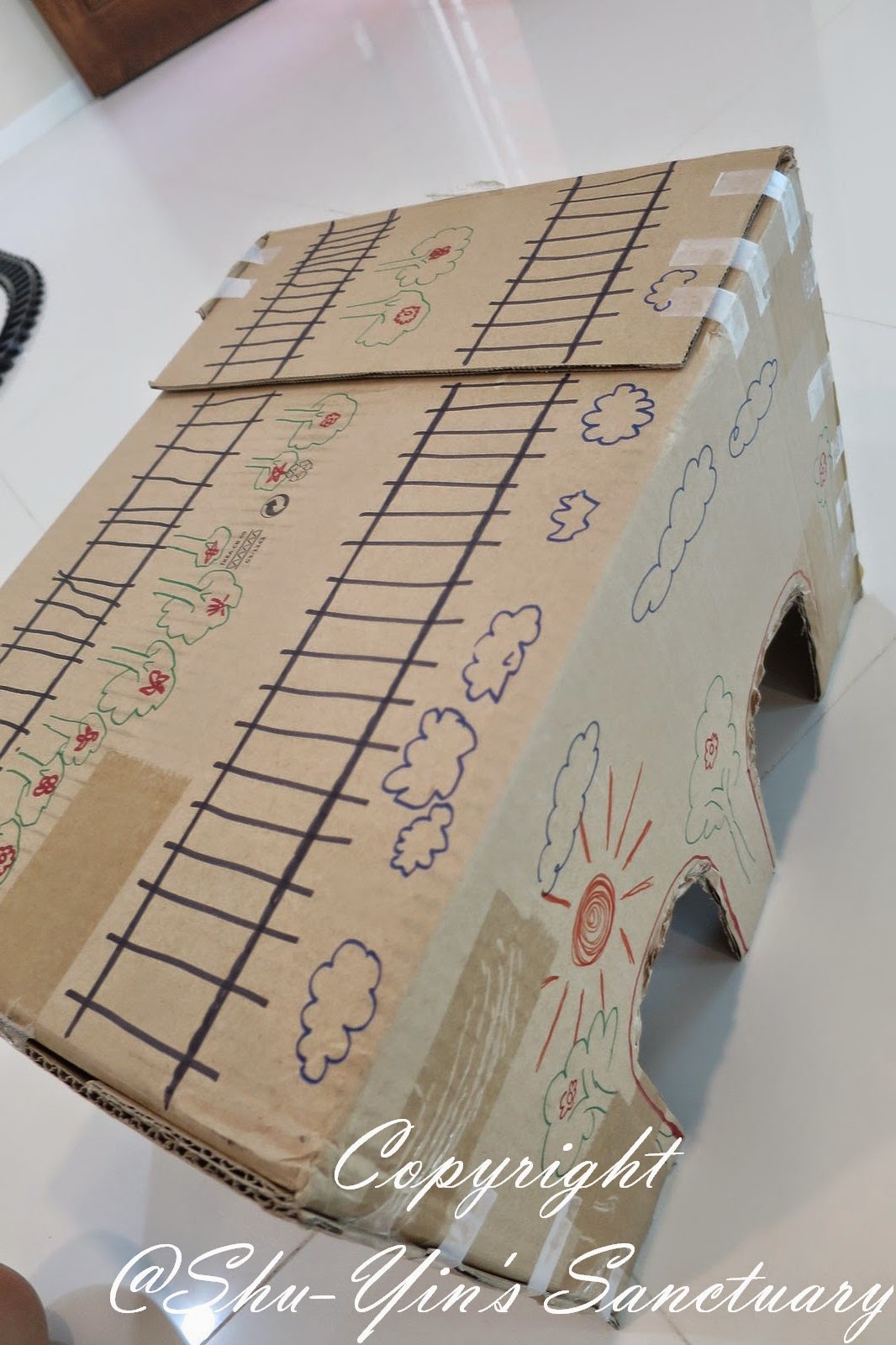 Shern posing with his masterpiece! 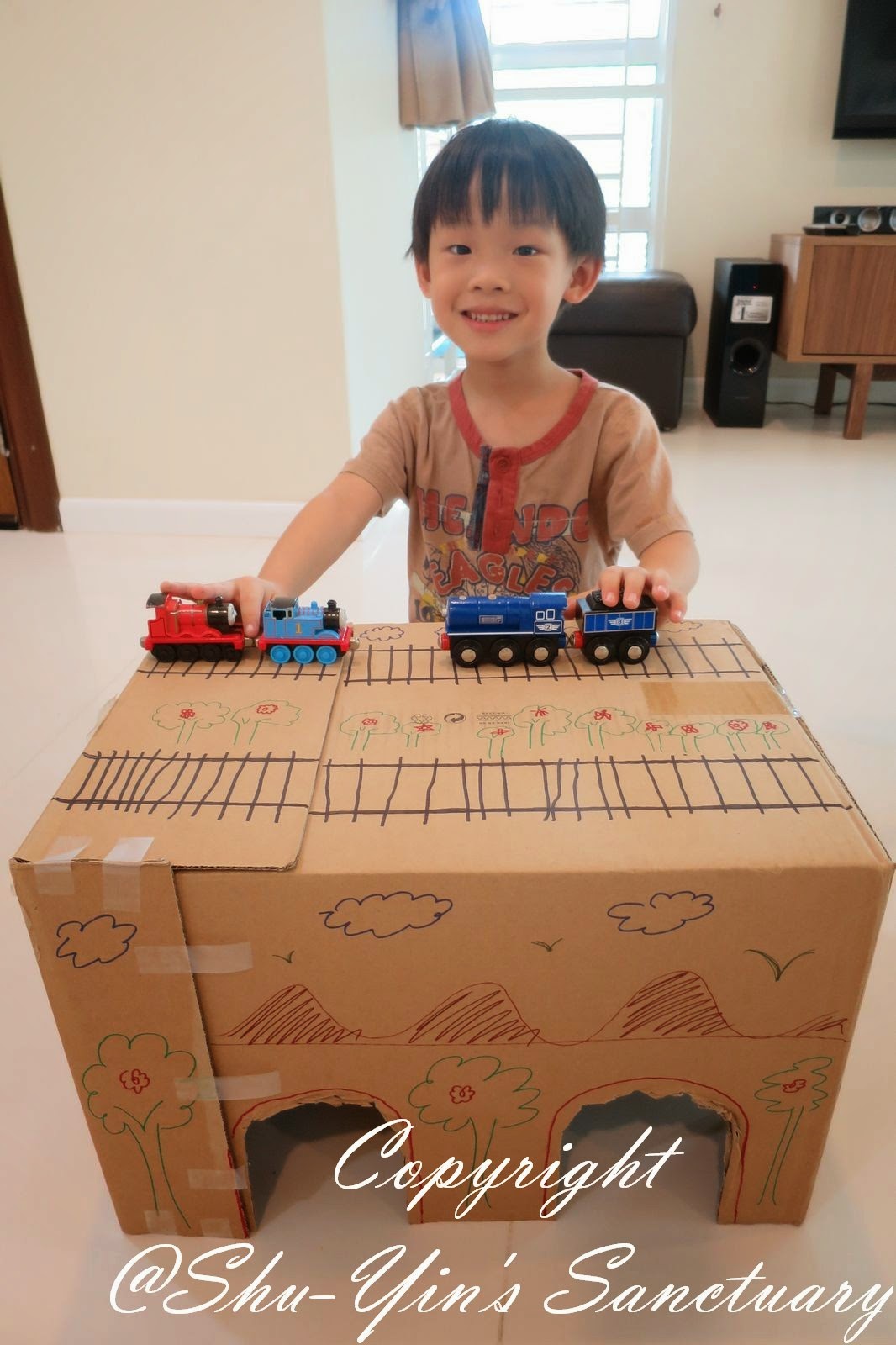 And then Khye also went to take more trains and then started to play with it too. 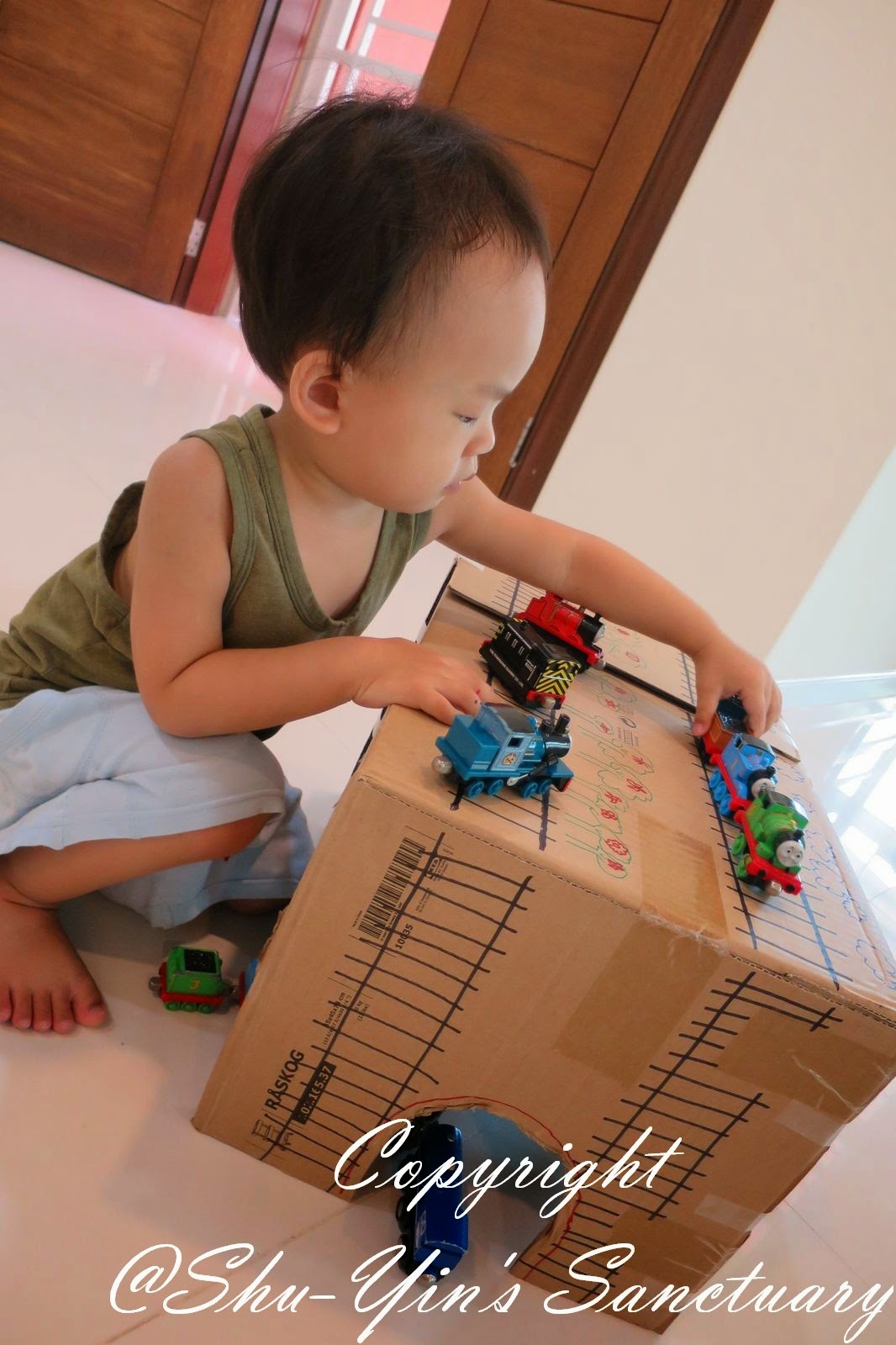 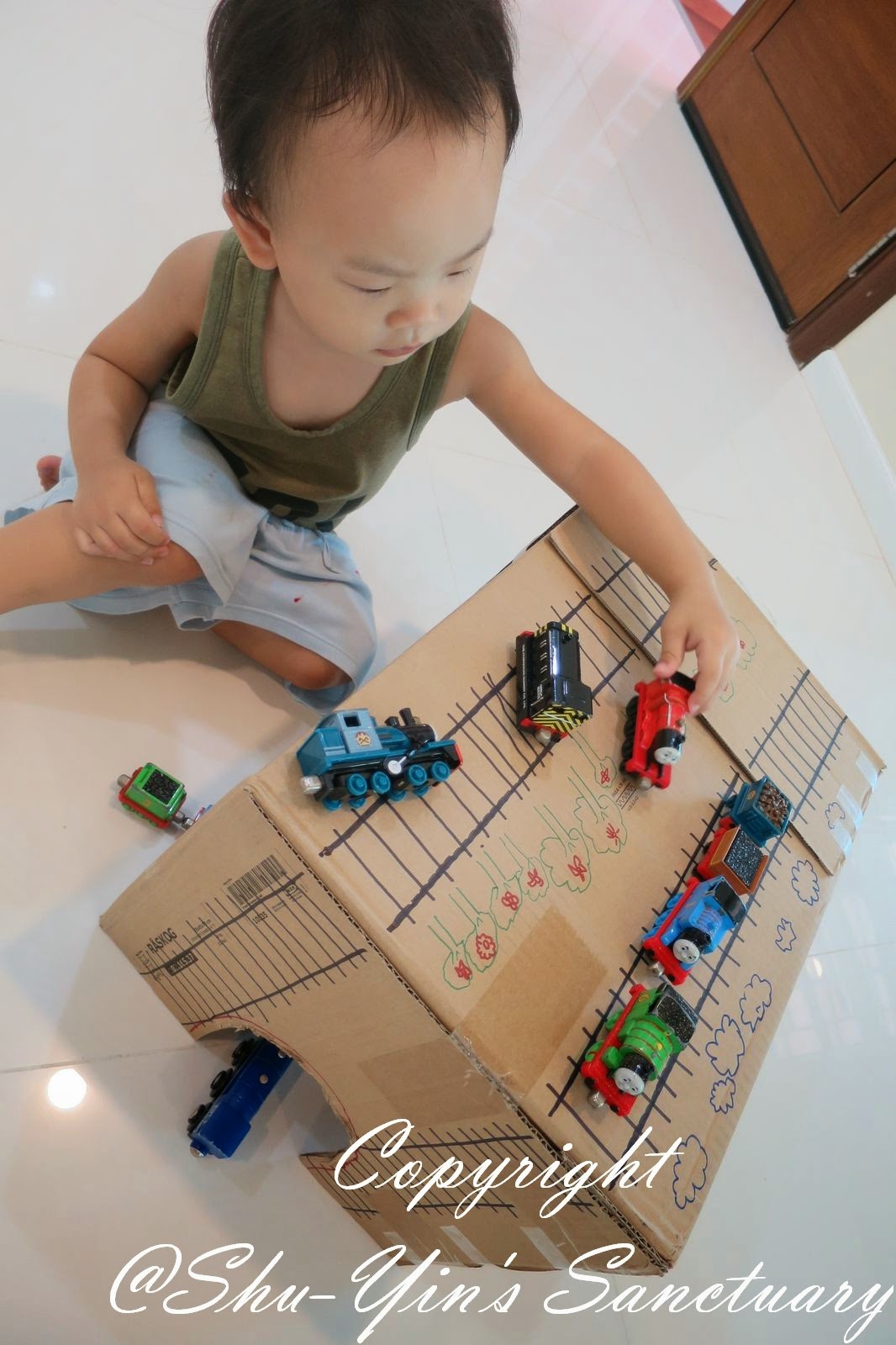 Both of them then started to play together and I could here 'choo choo....chugga chugga....bang....!' sounds coming from both their narration! 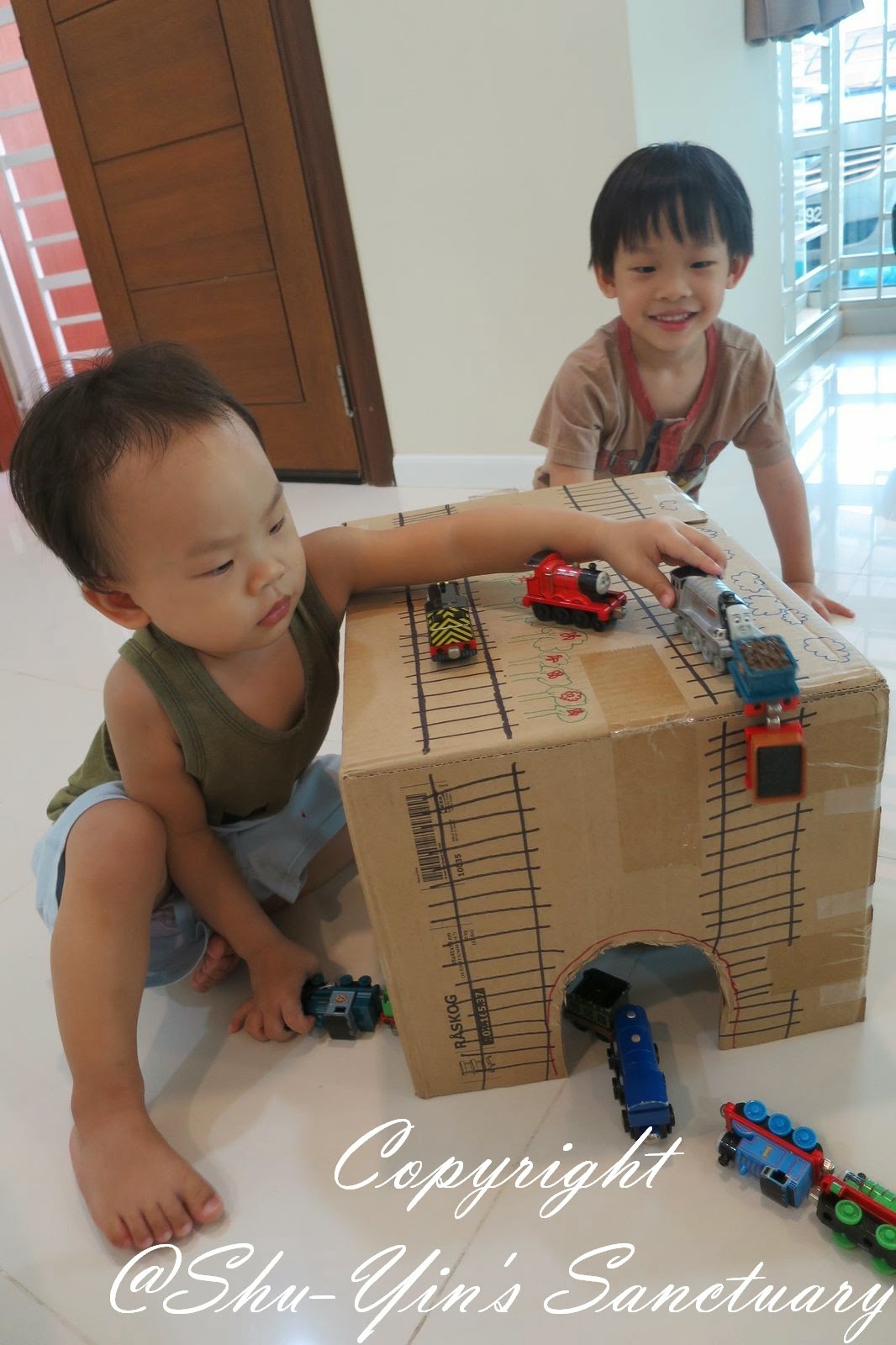 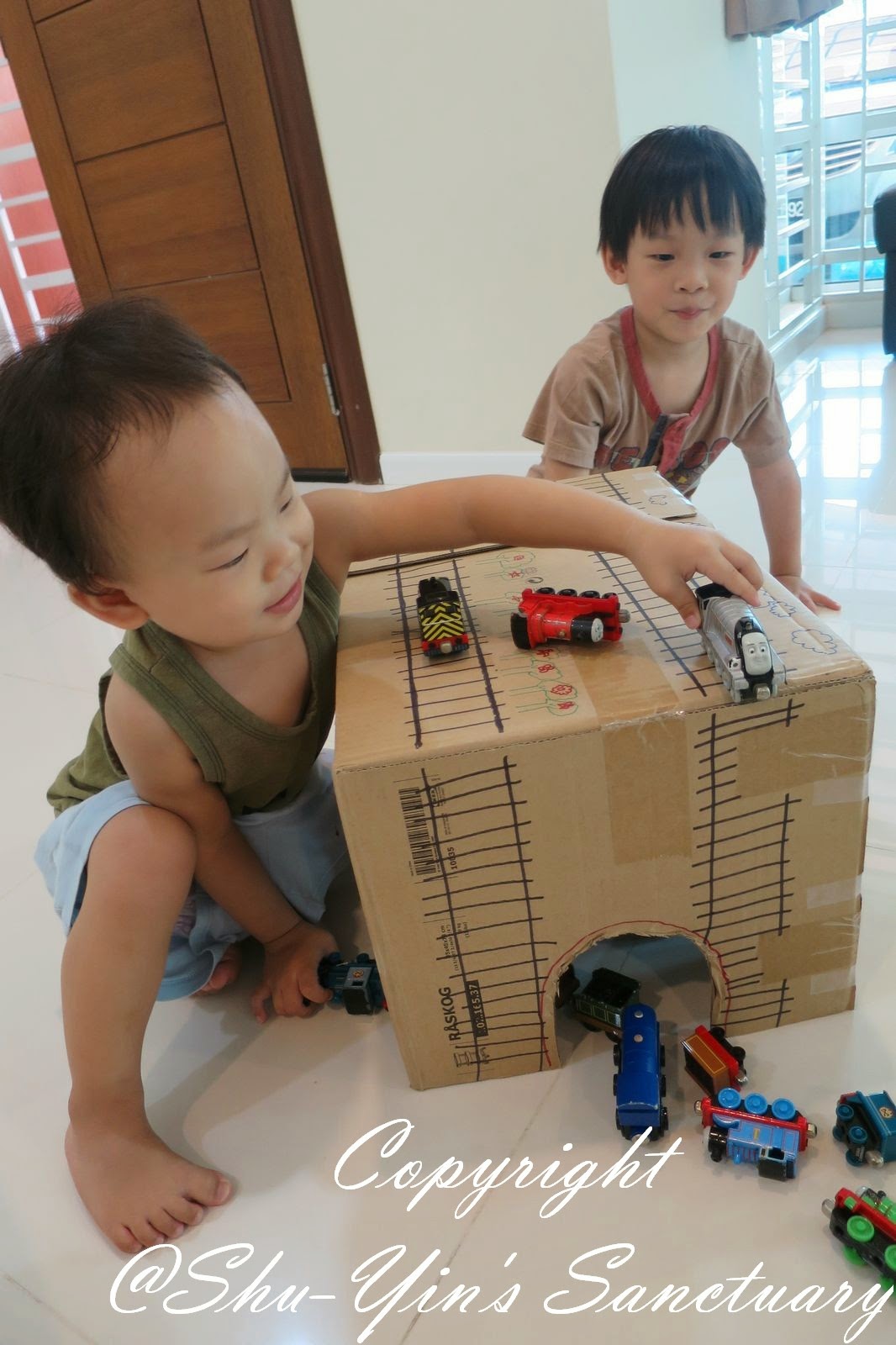 After a while, it was Khye who continued playing with it for a long time. Guess this simple activity was more for Khye!
He enjoyed himself so much playing peekaboo with his trains and the tunnels and also on the railway tracks on top! 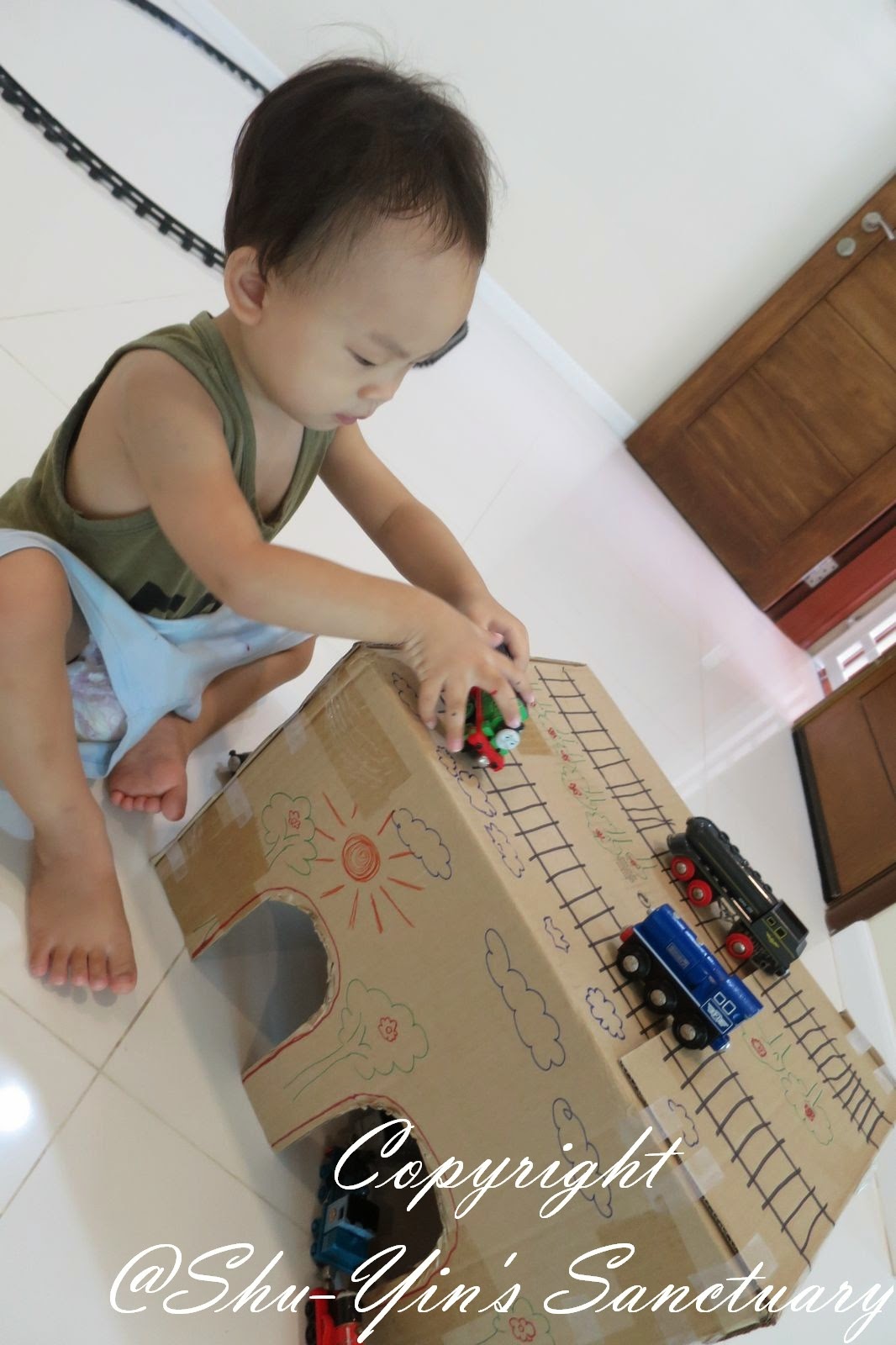 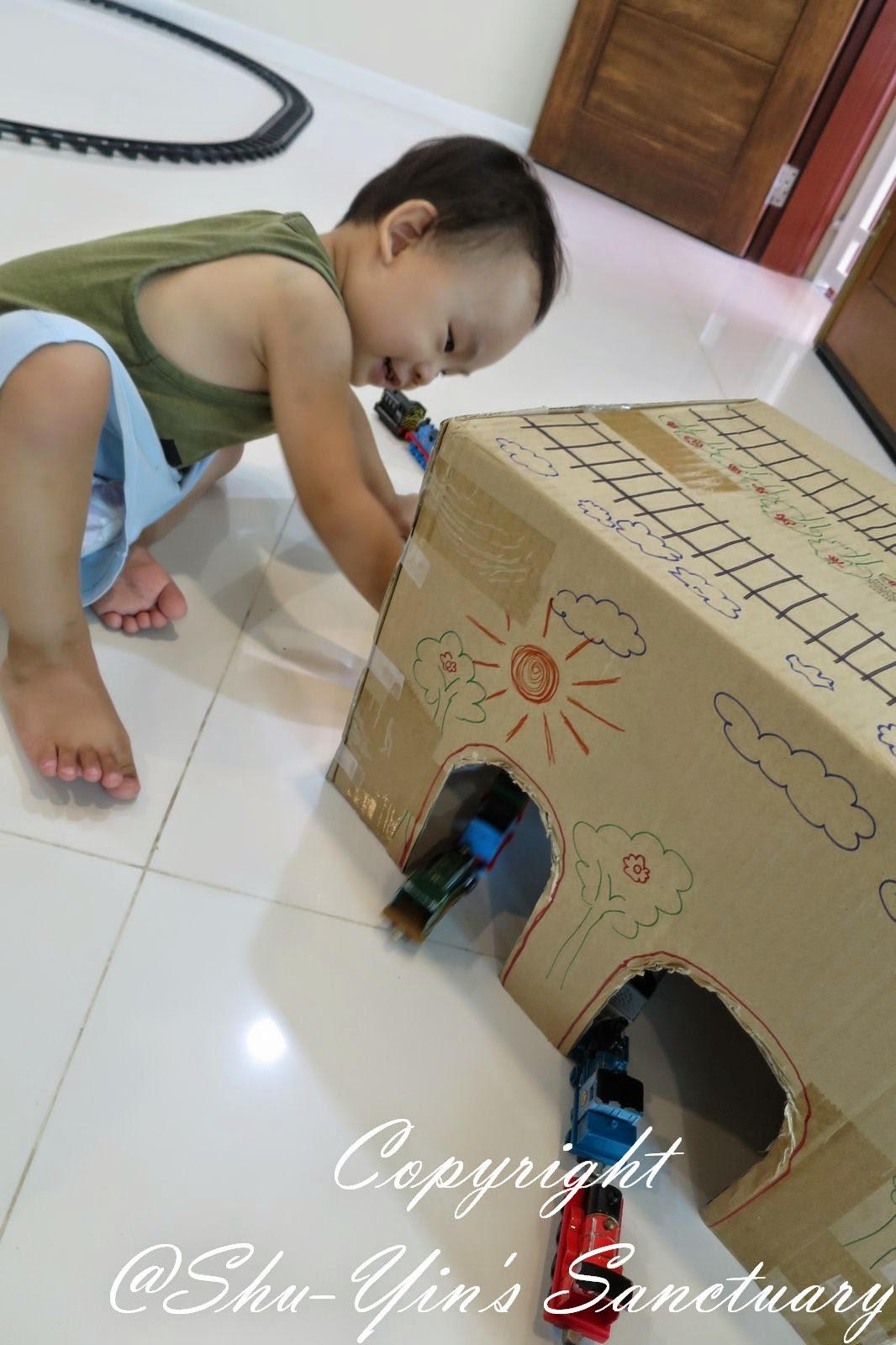 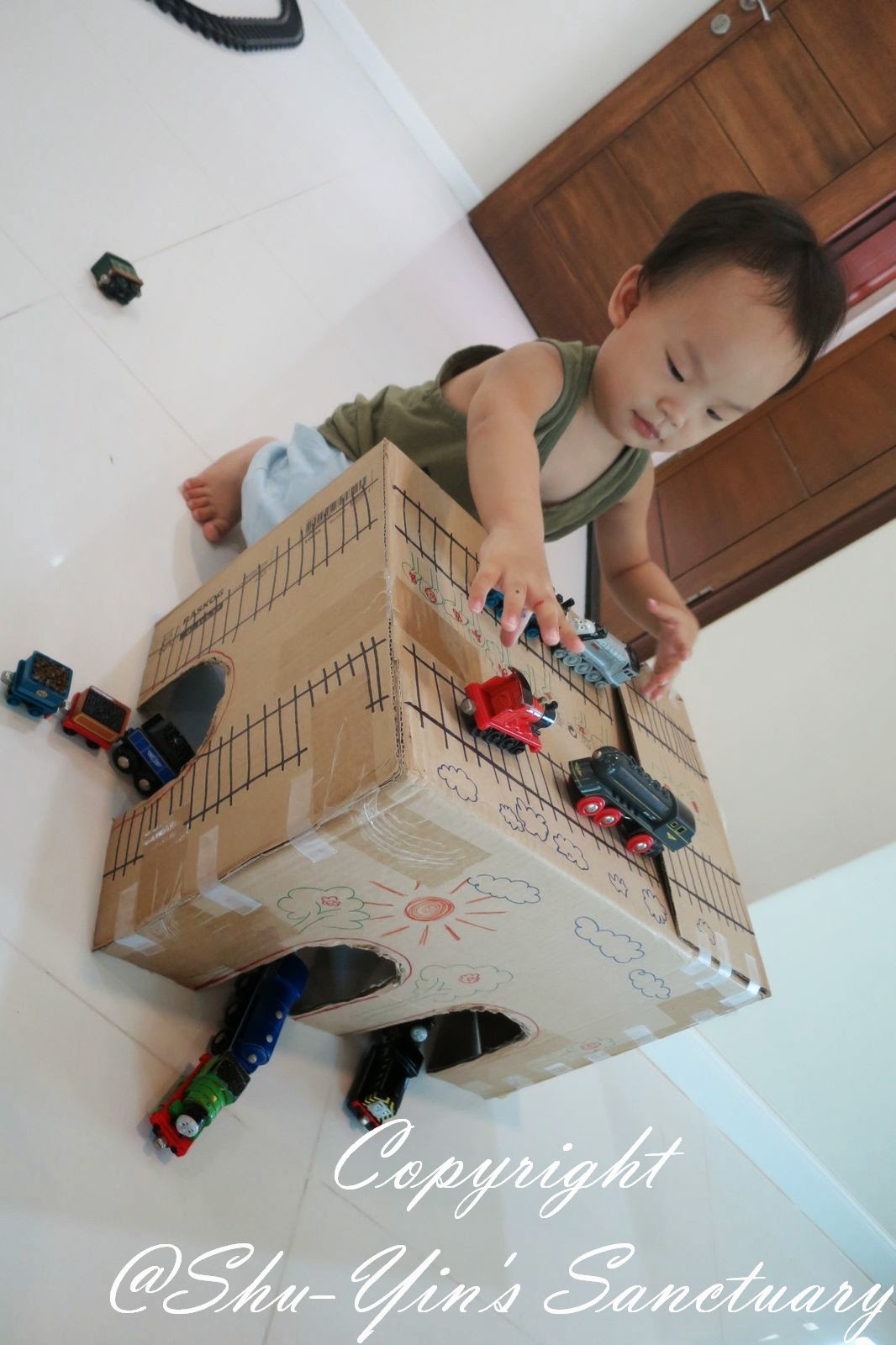 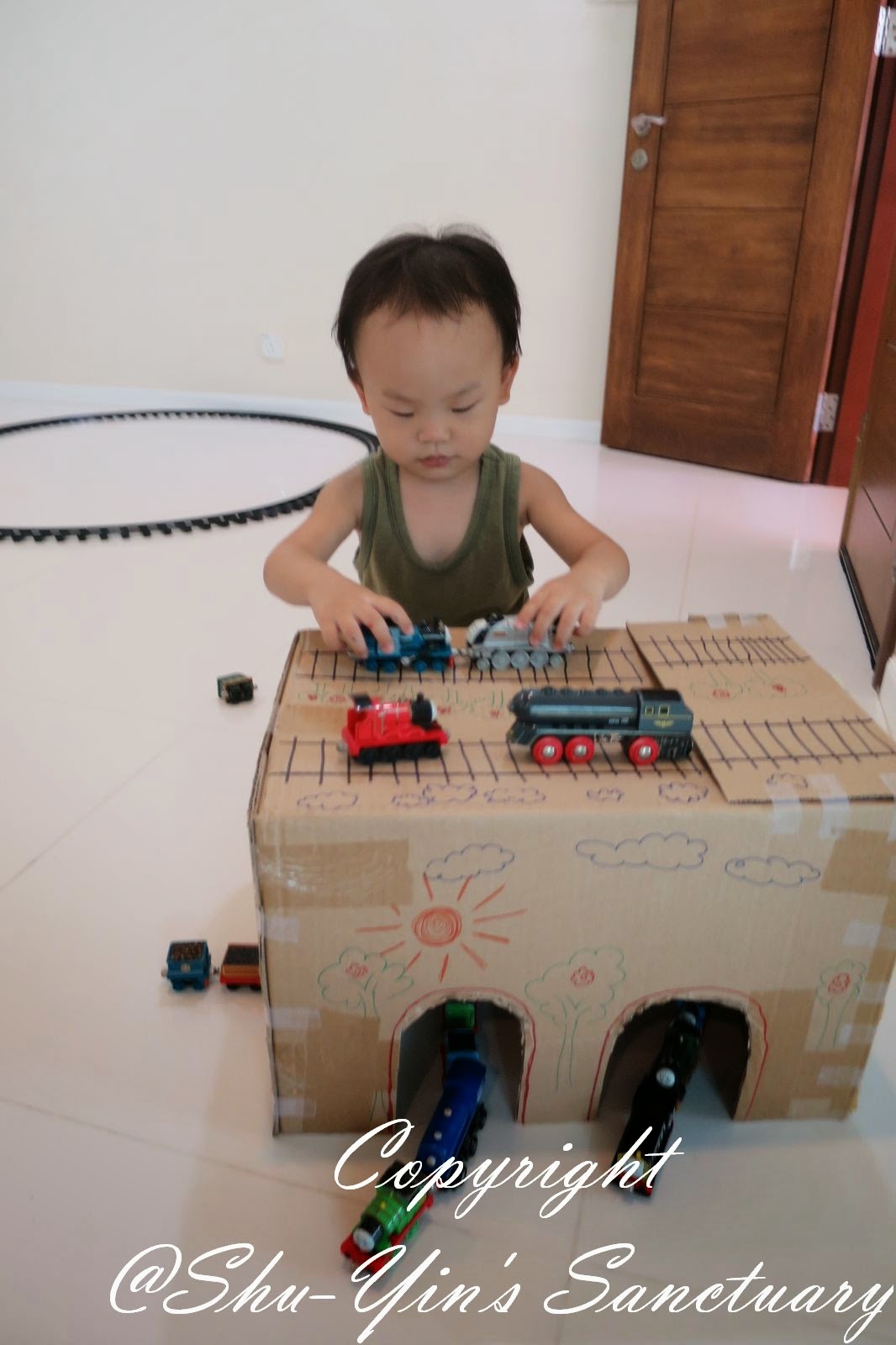 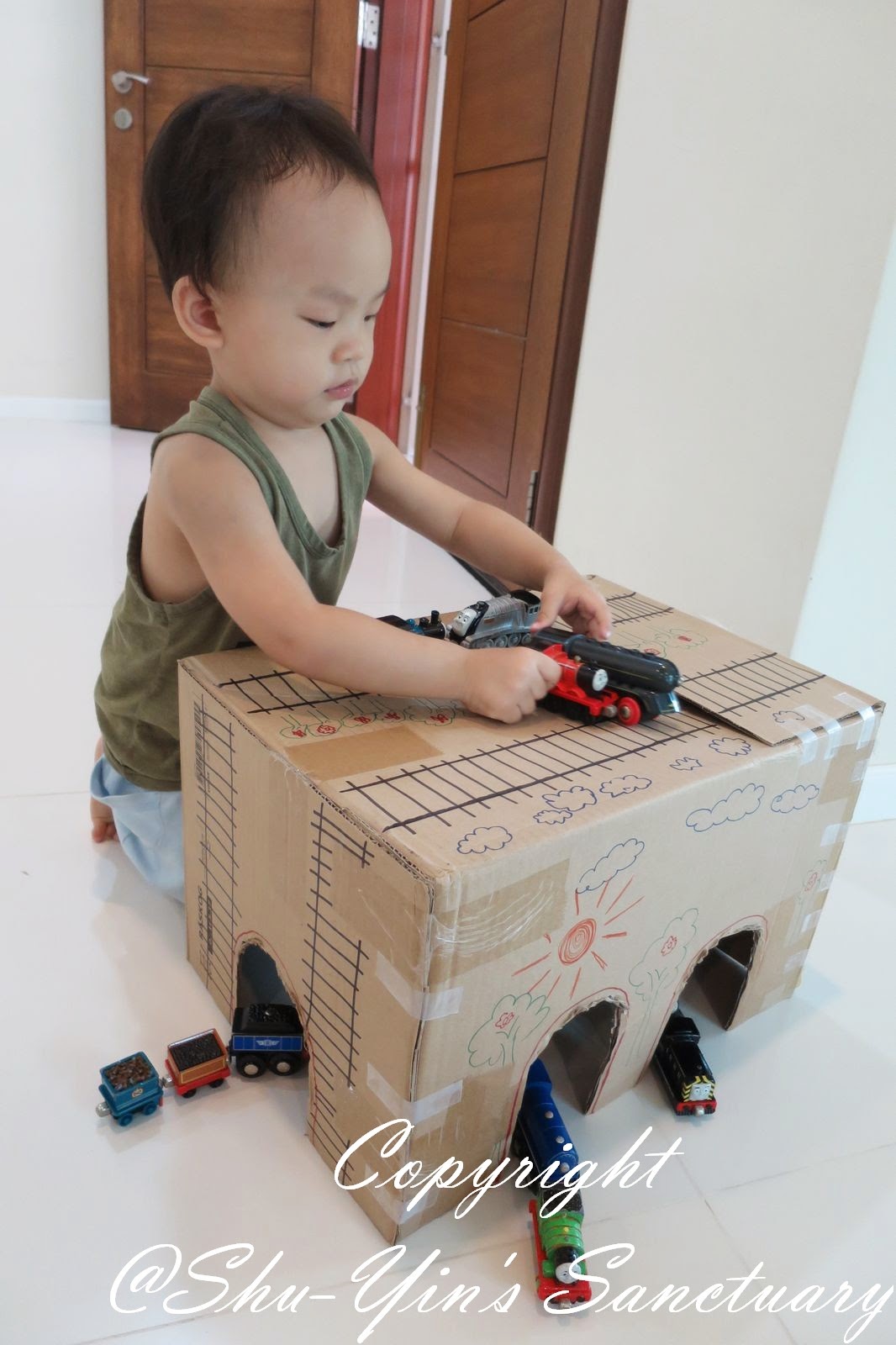 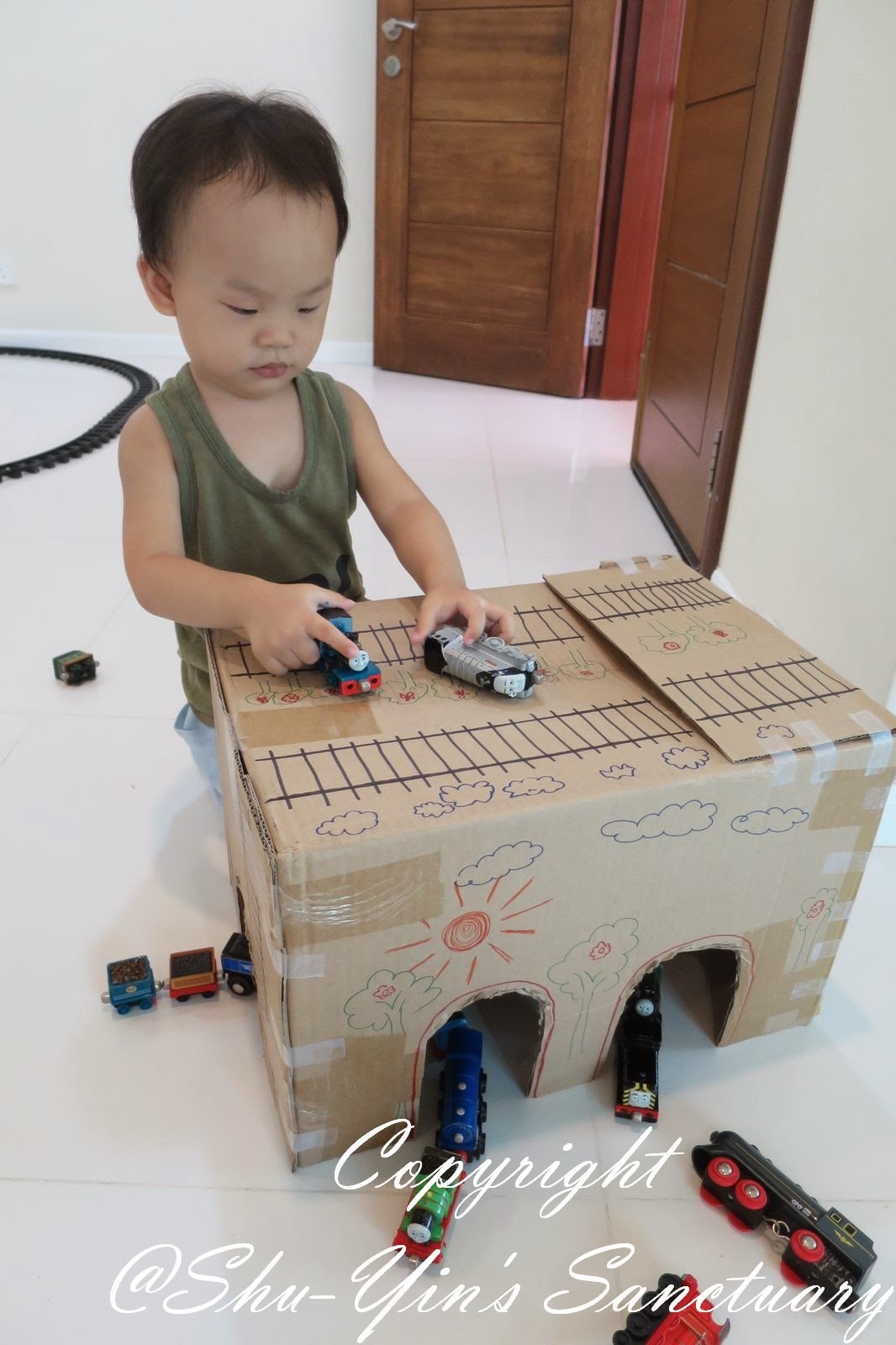 Khye also likes to push all his trains inside the tunnels. And slowly take them out one by one! 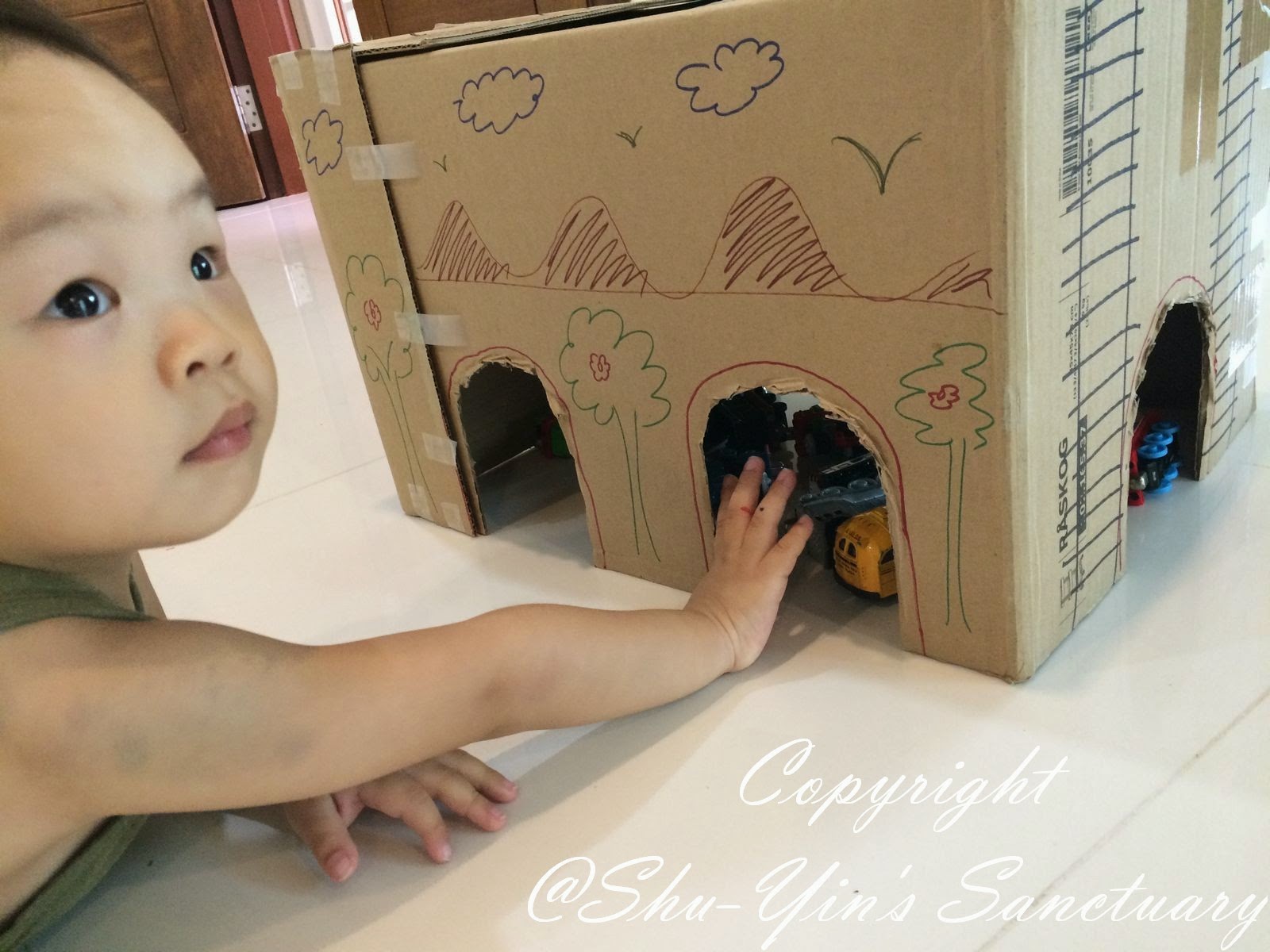 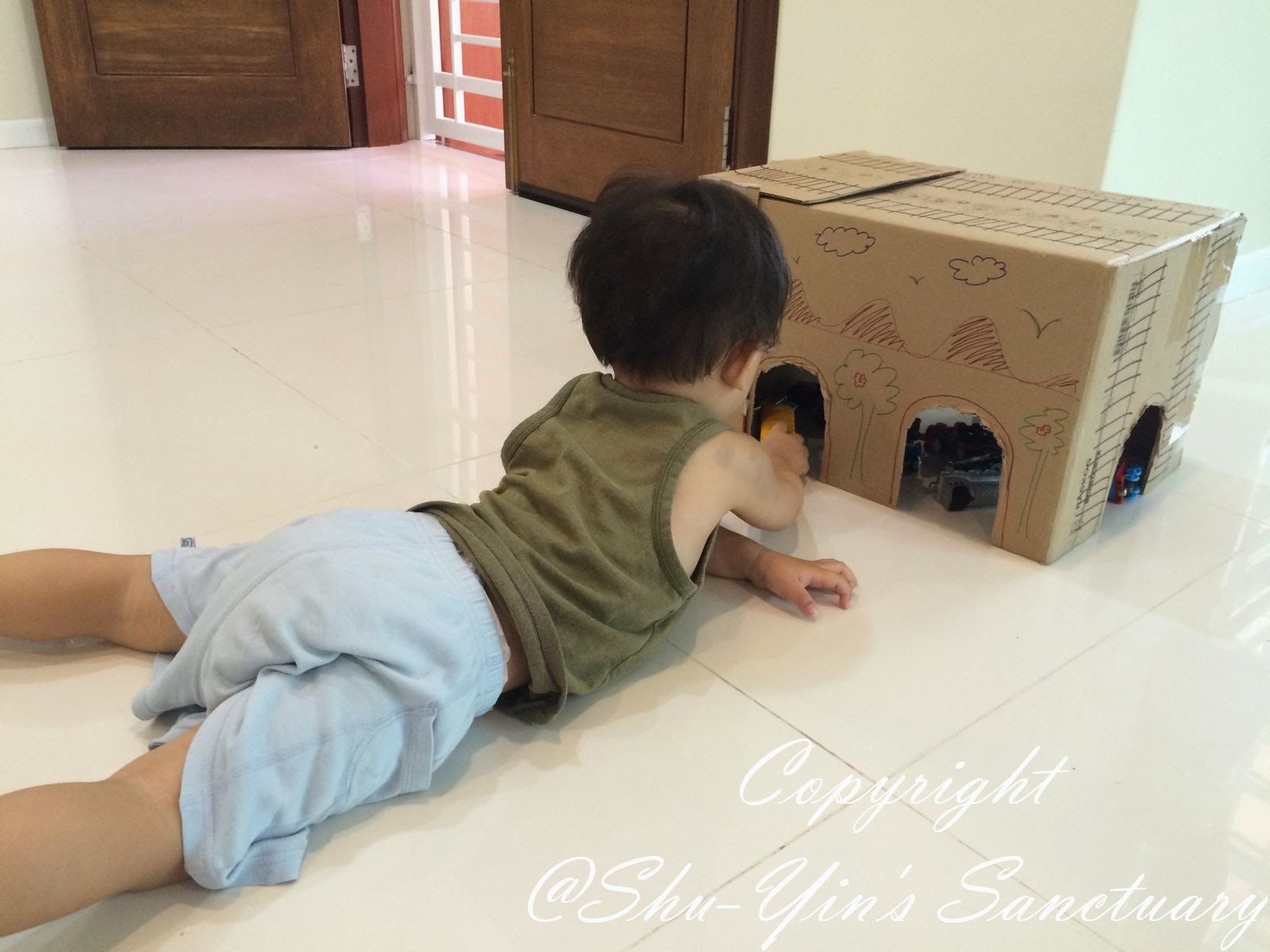 What I like about this is that if you decide to bring this on-the-go, like to Grandma's house or something, it is easy to keep. Just turn over the box and throw all the trains/cars inside it! This is so that you don't mess up Grandma's place after play and so that all the little trains don't go missing!
Khye helped to keep them too! 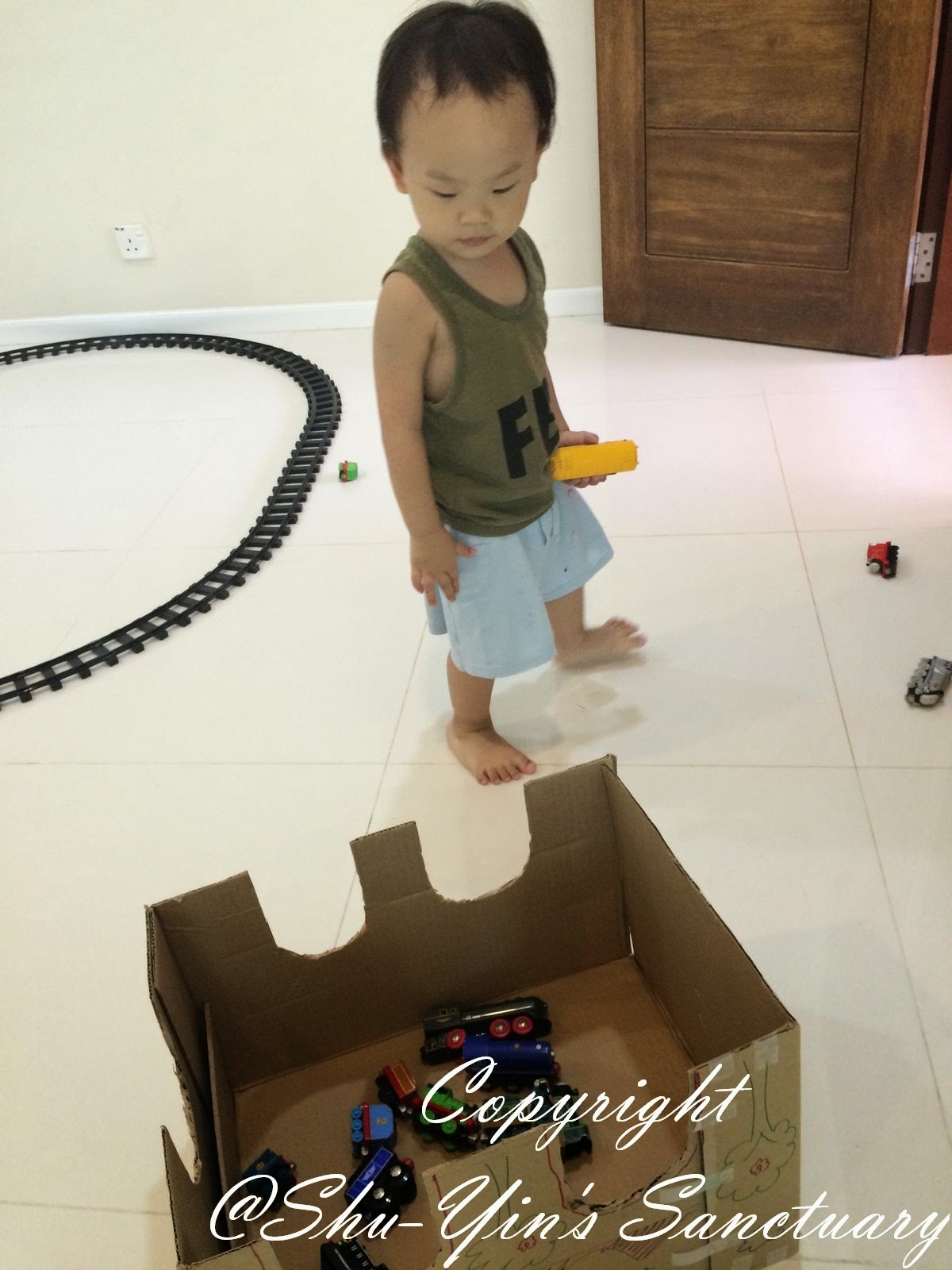 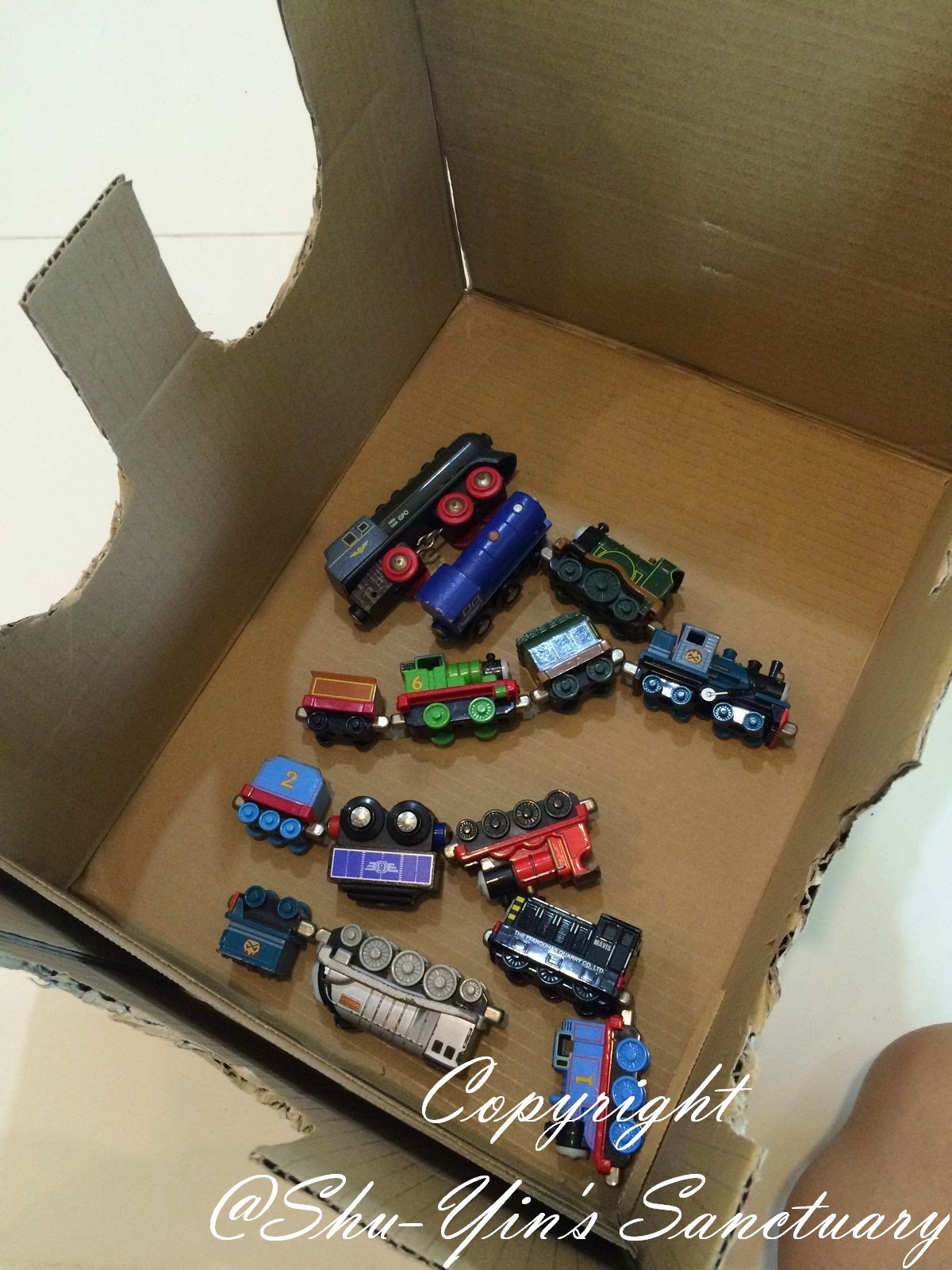 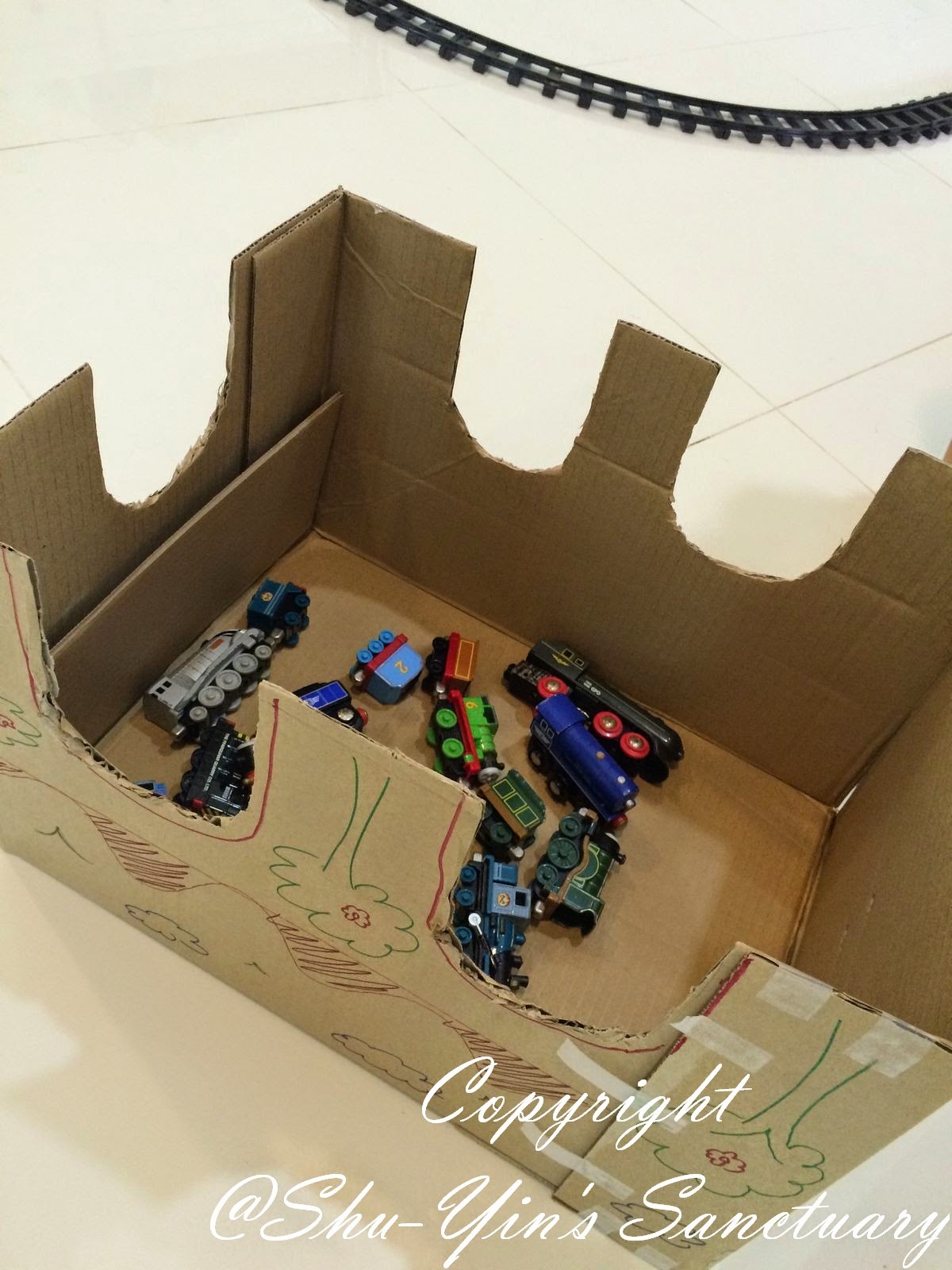 This is a very simple DIY you can do with your older kids (let them decorate it), and while your younger kids will have a fantastic train time! He would be occupied with the box for hours while you can have some peace!

Happy crafting with your kids!