Now that Khye's awake for longer period of time, I've been talking and singing to him to support his sensory development.
This is the week where I take more pictures of him with his eyes open. ;) 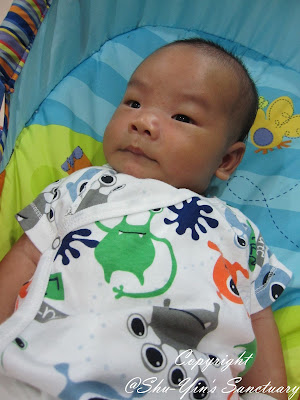 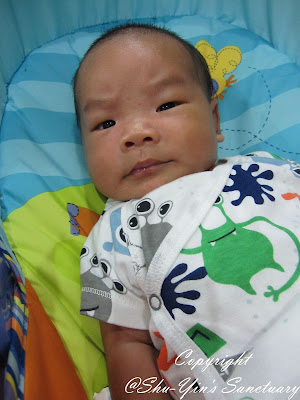 Khye has got a new friend, the yellow birdie on his rocker. haha. He seems to like it as he keeps staring at it. I guess it is because it is of nearer range for him than the other 2 hanging toys on his rocker. 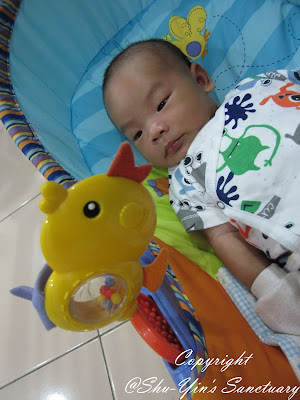 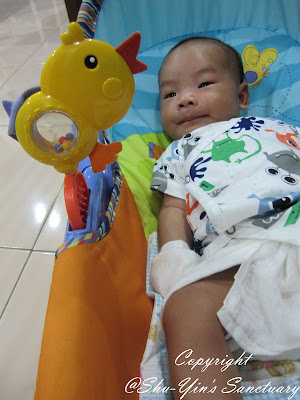 Shern's Flower Fan is also being passed on to Khye. Khye seems fascinated to it too.

Khye sleeps in his rocker during the day at home, while he sleeps in the bouncer in Pho-pho's and A-Ma's house.

Just like his big bro, Khye loves bath time too, even at such a young age. Sometimes he would cry when I take off his clothes, but the moment I put him in his bath tub, he stops crying. I love this tub, as even at 6 weeks old, he could sit quite steadily on the non-slip back pads with some support from me.

Look at him smiling during bath time. 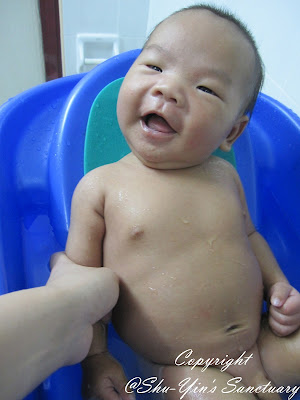 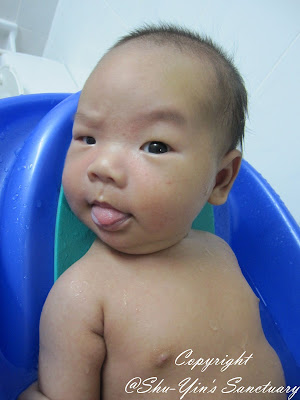 Khye has been following me everywhere coz he was on direct-latch and I can't express then due to my nipple tears and cuts. So I've been searching for baby friendly places, and also places which are not too crowded. But then almost everywhere mummy goes, baby Khye follows. 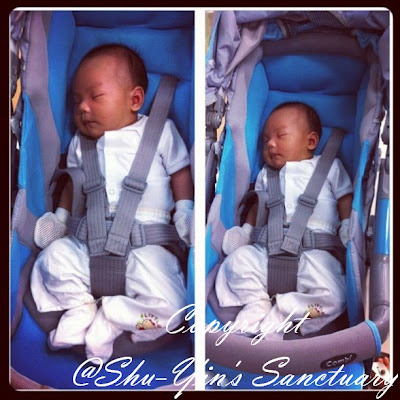 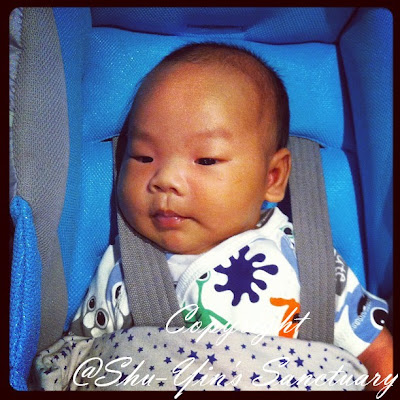 And when he is awake, he likes to do this whistling expression, and he also often furrows his brows like he is frowning or deep in thoughts. 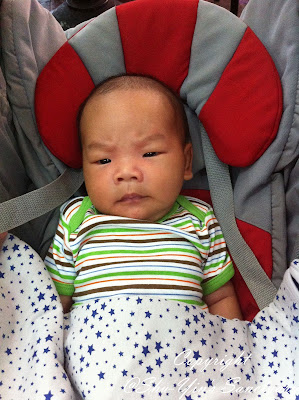 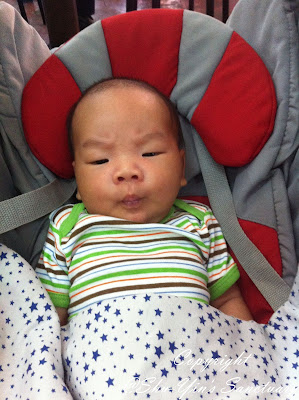 Like most babies, Khye has many sleeping style which I find really cute. So I love to take photos of him sleeping. 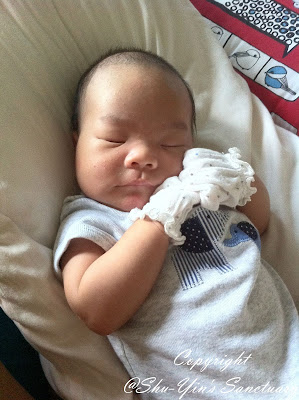 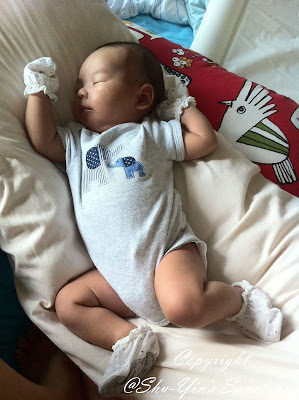 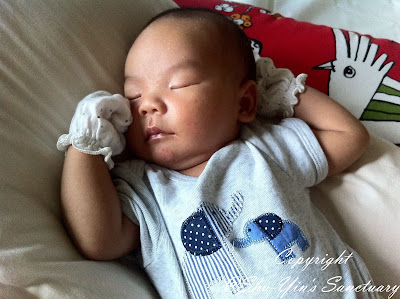 I love him in this cute little cap Pho-pho bought for him. 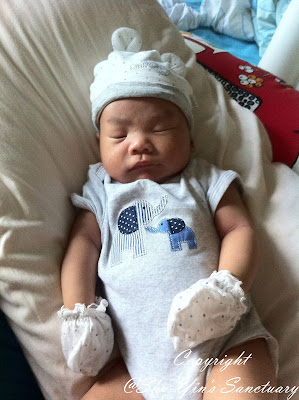 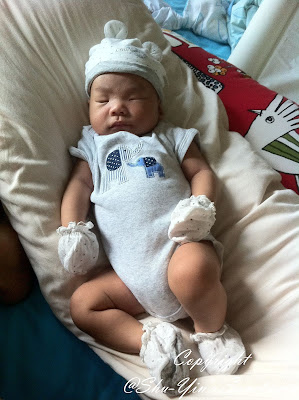 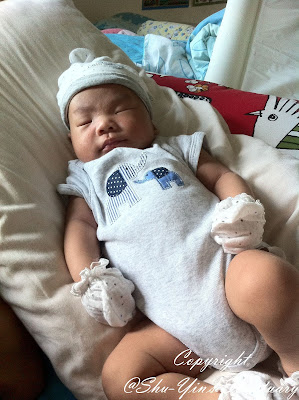 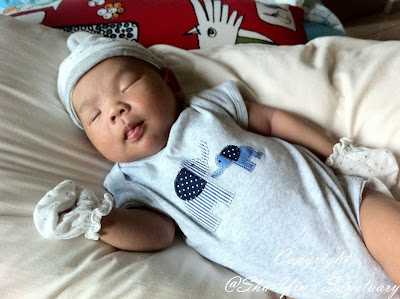 And Khye also often smiles in his sleep. :D 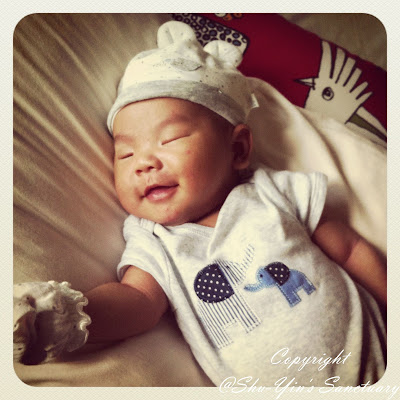 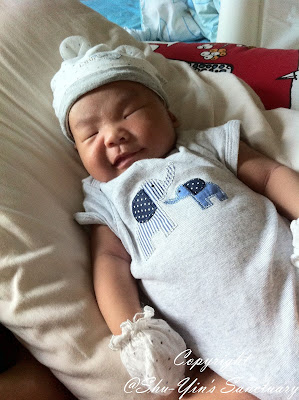 This is him sleeping in my arms sometimes, the view of Khye from my eyes. 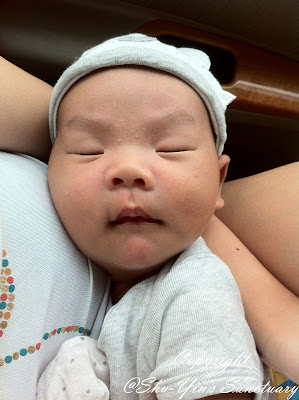 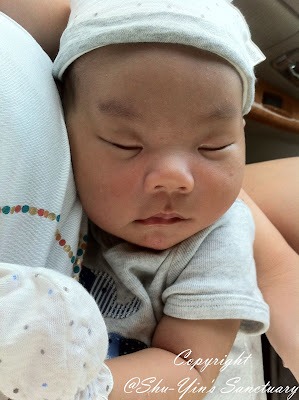 Here is a photo of me and baby Khye just before our breakkie outing to Winter Warmers, Precinct 10.

he is sooo adorable!!