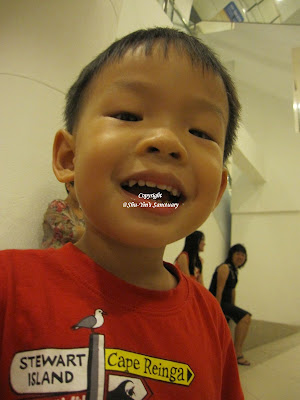 Pediatrician Visit
Shern's growth measurement:
Age - 32 month @ 9 February 2012
Weight - 13.0 kg
It has been almost 4 months since Shern's last jab. This time we brought Shern to see Dr. Chiah for his 3rd Japanese Encephalitis (JE) jab. After this, no more jabs 'til Shern turns 5yo!
Shern as usual was very happy to see Dr. Chiah. He likes to go inside the room and play with the toys on the table. He is also someone who loves medicine so no problem whenever go see doctor.

Shern's weight lingers around the same weight, just a kg heavier compared to a few months ago. Shern is a small-sized kid. Well, I don't mind. I have been underweight all my life and I feel just fine. 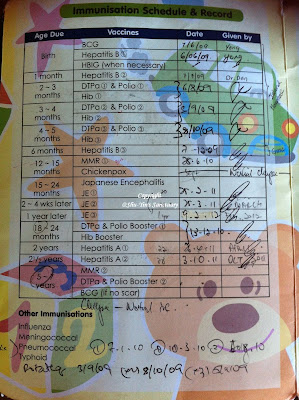 I captured this Immunisation Schedule and Record Card of Shern here so that if I somehow lose it, I still have all the records of his jabs. This card is getting rather shabby, with dog-ears here on all corners of the card. So I feel it is much safer I upload this in my blog. :) 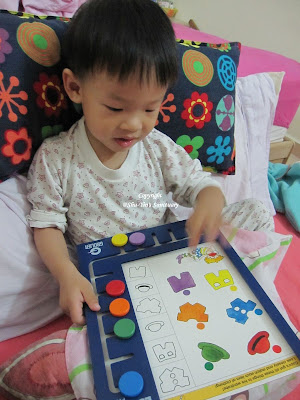 
We bought this expensive Grolier education set (see top photo) for Shern when he was just a tiny baby. It was an impulse buy really. Lesson learnt: never, ever buy anything on impulse!
But I am glad Shern is now able to use it. He is rather quite interested in it. And I think Shern is quite clever to be able to mix and match the pictures according to the colours and such.
Wow, I am proud of my son!


Food
Shern has been eating well, with 2 big meals a day and lotsa snacks. Everything is his palate, except for fruits and veges. Veges very common not on the 'like list' for kids, but fruits....me too is as astounded as u!


Speech
Shern's speech is improving every month, with him expressing himself better. He can tell me if a person is feeling sad or happy or even angry by looking at their faces. And he can even tell me if he is feeling cold or hot.
And what I find is good that if he is in pain, he can now express it to me.
He says 'Shern-shern pain-pain in the stomach!'


Visiting Ah Hoe Chek
We have been visiting my school bus Ah Hoe Chek & Ah-Ee since 2009 and it has been a yearly affair. This year Ah Ee was not around but we all had a good time catching up with Ah Hoe Chek. Shern was very happy because now Ah Hoe Chek has a grandson around Shern's age and there were loads of toys for Shern to play around! 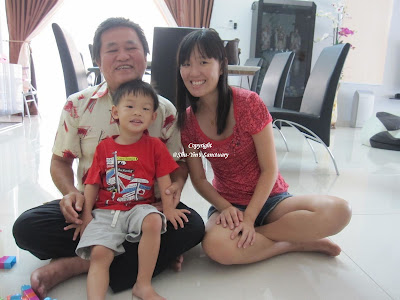