Having a Haircut with Dumbo

Shern has this Dumbo the Elephant soft toy from Oumama & Oupapa for Christmas last year. Although Shern is not too fond of soft toys, he is somehow rather fond of Dumbo.

He sleeps with Dumbo every night.
And when he goes for his haircuts, he has been bringing Dumbo with him the last two times. He said he wants 'Dumbo watch him cut hair'.

Well, for me, anything goes. As long as he is willing to have his haircut with no fuss. Well, it has been a long time since he was screaming his head off while having his hair cut. He has been a good boy ever since 1 1/2 year ago.


These 2 photos were taken about 3 mths ago. Shern was having a haircut just after CNY. Shern was holding on to Dumbo on the car ride to the salon. And do you notice Dumbo sitting on the left on top of the magazine rack? 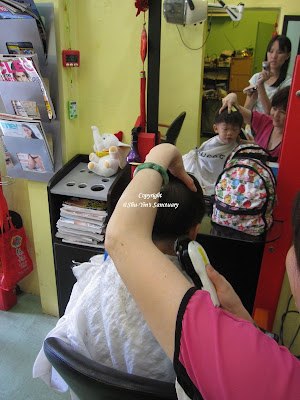 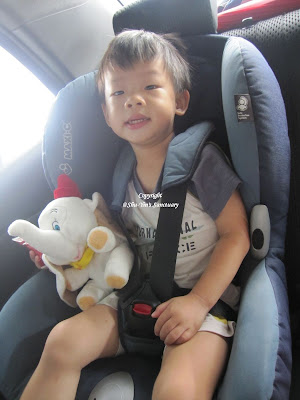 And these 2 photos were taken just last Saturday. Dumbo was sitting on the usual place watching Shern having his hair cut. And Shern being a happy boy after his hair cut! ;) 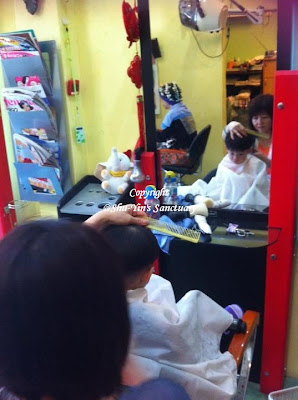 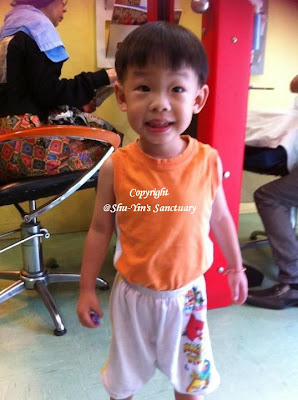