The other day, Shern was getting a little restless at home, so I decided to get creative with him and so some craft with him.

I digged out two toilet rolls and then took out some leftover felts and did some cutting. Then I asked Shern to identify which are the eyes, ears mouth and hair, etc.
I wanted to let Shern have some handson. I put some glue on them and let Shern did the glue-on and he was very happy. He wanted purple (his favourite) shirt for his puppet and then I made the other puppet a blue shirt. 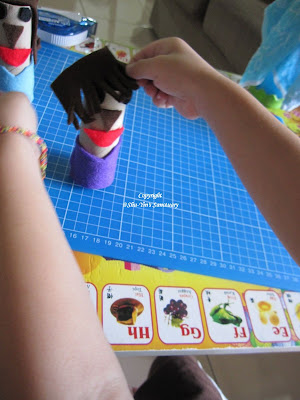 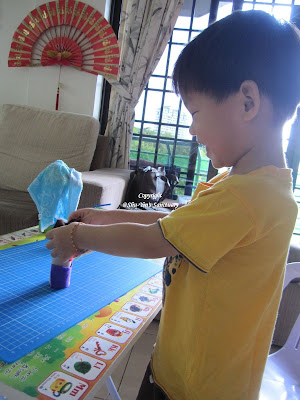 This is the end results of our two puppets.

I asked him what is the puppets' name. He said Purple Puppet and the other Blue Puppet! Haha, so much for creativity! 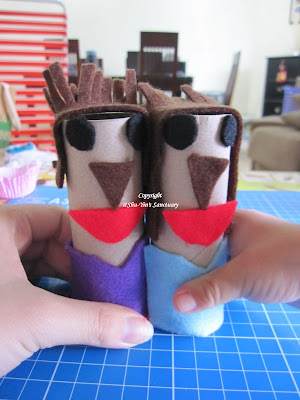 Shern was trying to peek through the hole of his puppet. 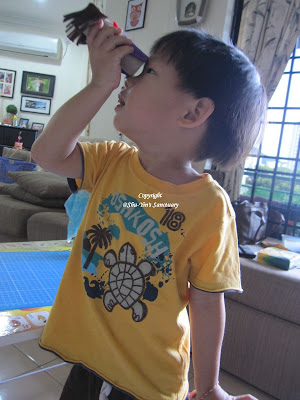 I asked Shern to pose with the 2 puppets so that I can take a photo of him with the puppets. Don't know why he kept on putting the puppets next to his face. So these 2 photos are the only ones I managed to capture! 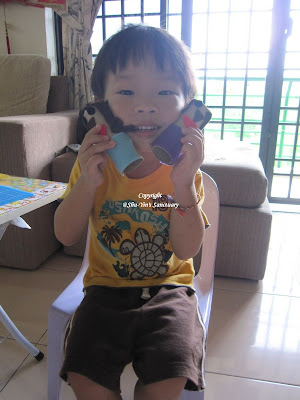 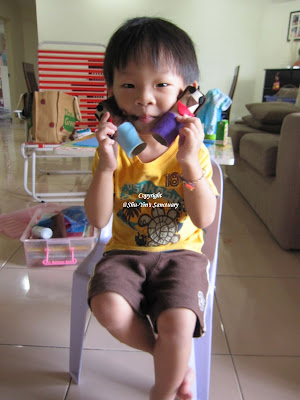 Then Shern said he wanted to drink milk so I made him some milk. 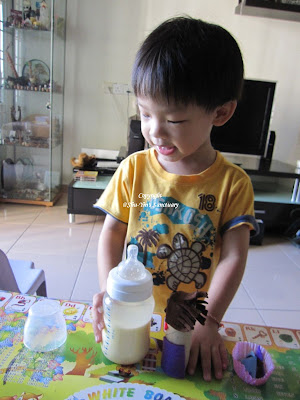 Then he went to 'feed' his puppet milk, coz he said Purple Puppet is hungry! Hahaha :D 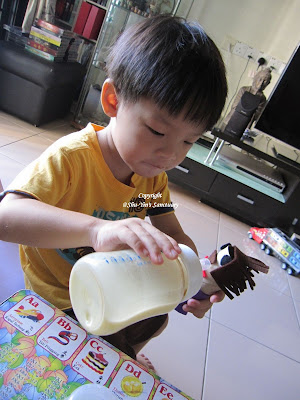 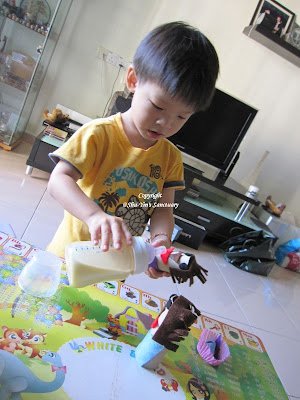