Beginning of last month, we brought Shern to Taiping Zoo. It was Shern's first visit to the zoo. The night before, we told Shern that we are going to the zoo tomorrow and he would get to see many different animals and there would be a train. He was so excited when he heard the word 'train' and couldn't stop talking about the train!

Lucky for us, the weather was good and so we started our journey from Penang at about 7am. Stopped for dimsum breakfast takeaway and off we drove for another hour and a half. It was 9am when we reached Taiping Zoo.

We parked opposite the zoo, at the Lake Gardens (we didn't see the indoor carpark just next to the zoo) and took the underpass tunnel to cross the road.

Shern was posing with the fake crocodile while hubby went to get us tickets.
Entrance fee was RM10 for adults and free for children below 4yo. 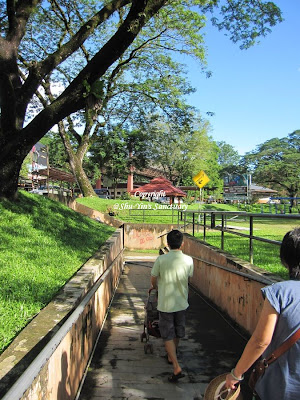 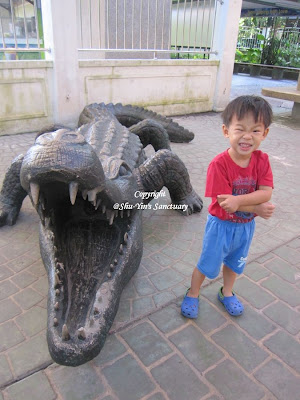 Then, Shern started asking us 'where is the train?'
So we decided to queue for the train queue, and also to kinda feel how does the whole park looks like.
We were not given any brochures on the zoo map and couldn't see any brochures available anywhere.

The train ride is already included in the entrance fee and you can ride as many times as you like, as long as you queue for it.
Shern was very happy and was giving us cheezy smiles the whole time waiting for our turn. He even gave us a perfect cheezy smile with his daddy, one of my favourite photos of all time, which I blogged about it in an earlier post! 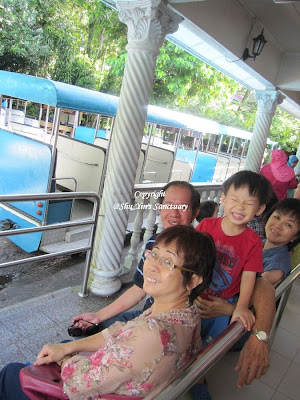 He managed to get up the train and have some photos taken before the train chugged along. 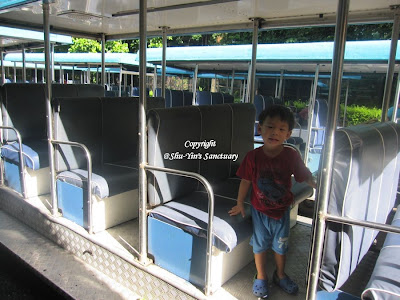 A photo of the 3 of us.
Shern was asking me 'where is the seat belt?' when he got up the train. Haha.
I told him the seat belt is spoilt and uncle is fixing it. He knew he gotta wear seat belts whenever on any transport. Good boy. 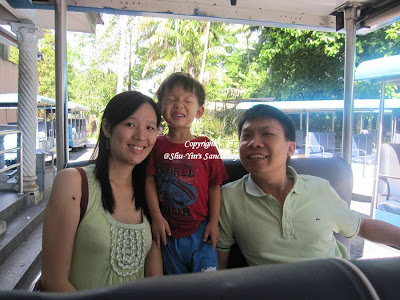 A photo with mummy. 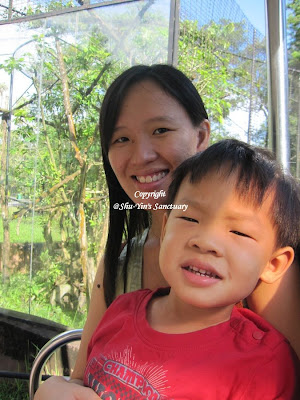 The train ride was quite long, about 15 mins ride. We took a ride round the whole park. Quite an enjoyable ride, and Shern loved it. We pointed out different animals to Shern but some were too fast for him to look at all while the train chugged past.

Once we got off the train, we popped Shern into his stroller and we pushed him along the road.
Stroller is highly recommended unless you want to carry your kid around. It is quite a big place to walk, even for adults. So kids will get tired. 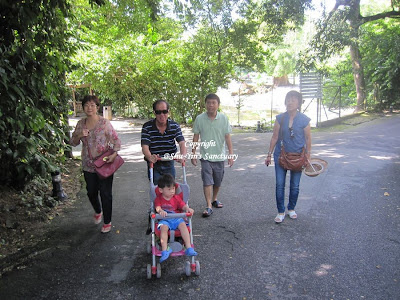 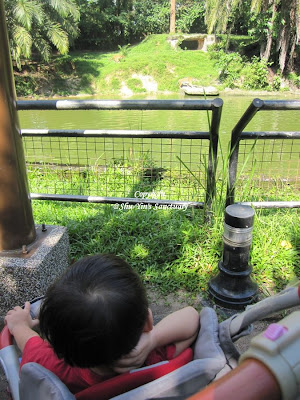 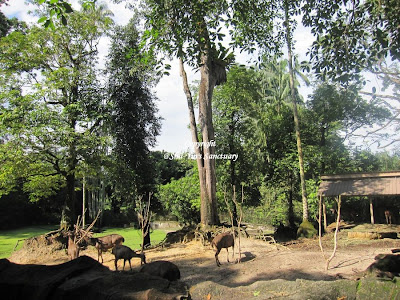 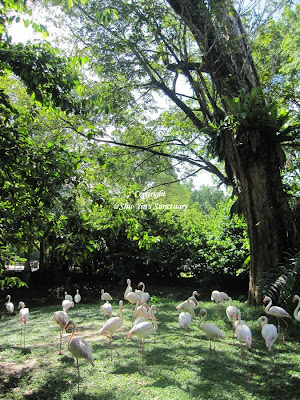 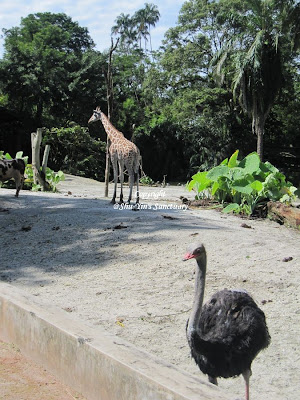 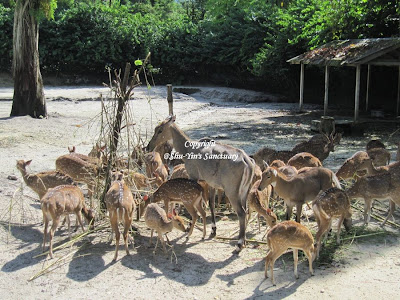 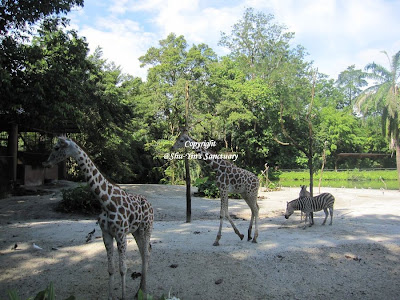 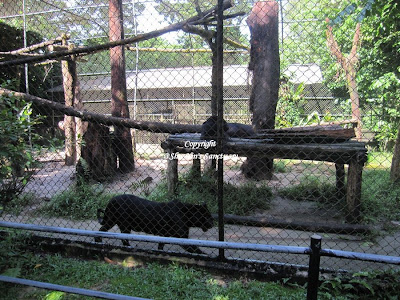 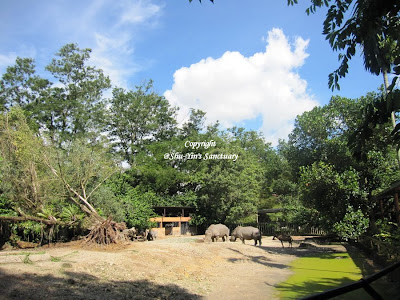 And even a large monitor lizard was spotted at the playground inside the zoo. 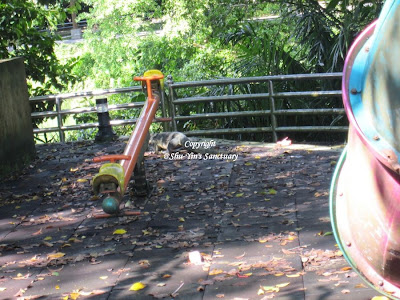 Shern saw many other animals too. After 2 hours, we were all tired. Tired due to the heat of our climate. It was almost 11am then and the sun was up and bright. We were all sweaty. We actually only managed to walk 1/3 of the whole zoo!

We took Shern to queue for another round of train ride and then decided to go off.

It was so hot that all we wanted was to have lunch at some aircond place. We stopped at the nearest KFC and had a great lunch, enjoying the cool aircond. Shern ate wedges and mashed potatoes.


Very nice post, impressive. its quite different from other posts. Thanks for sharing.