Since my mum retired early this month, they have been actively planning for trips. So on local trips, we tagged along as well since we all could fit into dad's Innova.

Last weekend, we went for a 3 Days 2 Nights Stay at Swiss-Court Holiday Apartment Damai Laut in Lumut. Decided on an apartment instead of the resort/hotel so that there will be a kitchen where we could cook.

After breakfast, we started our journey at around 10.30am. There are a few options to go to Lumut from Penang.
Using the North-South Highway, the nearest exit would be Changkat Jering. With this exit, we drove along the old trunk road. We passed by a few little towns such as Terong, Pantai Remis and Kampung Segari. From Segari, take note of a big road sign on the right to go to the Swiss-Garden Apartment.

Reached the apartment around 1pm. Our apartment has 2 bedrooms. We have 5 adults and Shern. The master bedroom has a king-sized bed with an attached bathroom with a bathtub. Shern kept on saying that was a 'big pom-pom' (pom-pom is a slang used for bath)!
The other bedroom has two twin beds. We joined them together and that was where Hubby, Shern & I slept.

The apartment was not so well maintained. The furniture was a bit worn-out but was clean though. The open kitchen was not fully-equipped. There was a gas stove and a water boiler and a few plates and forks and spoons. Nothing else. No pans or pots. No rice cooker. No knives. And no microwave.

We rested and lazed around the apartment after we reached. After a restful nap for Shern, we drove over to the resort's beach. 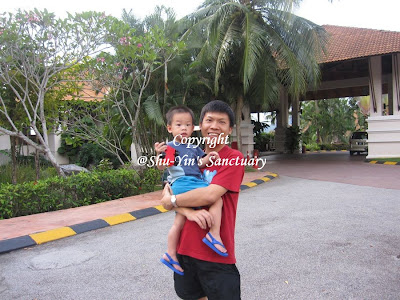 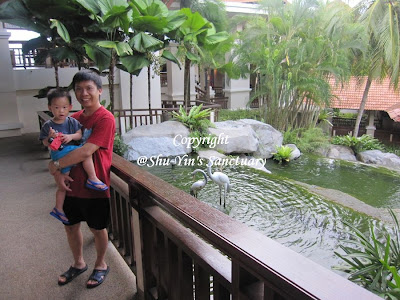 Overlooking the pool and beach from the resort lobby. 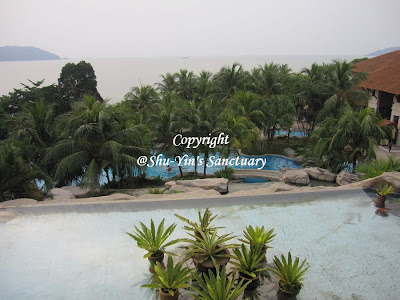 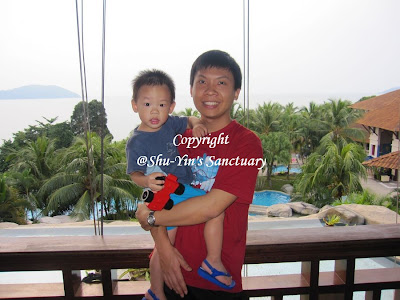 Walked down all the way to the beach. 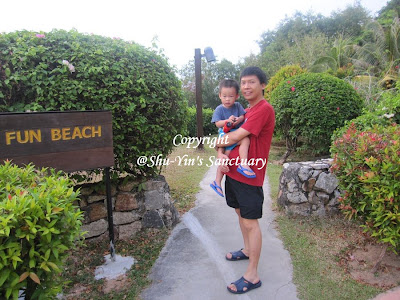 Mum and Ah-yee were already there collecting siput. There were loads of them. 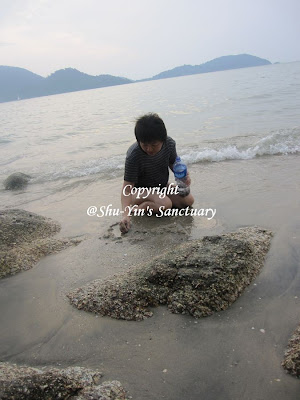 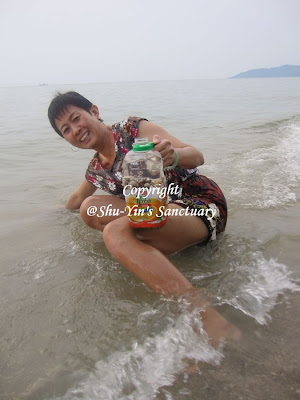 Hubby sat with Shern higher up on the sand. 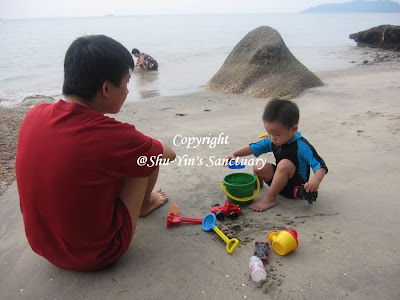 Shern was then busy playing with sand and water. 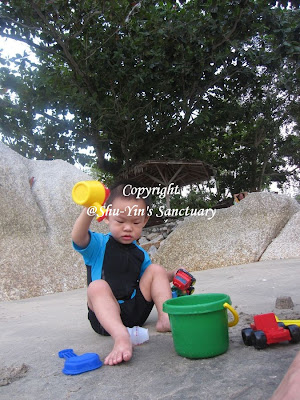 I then went to join mum n ah-yee collecting siput. It was fun. Fun because there were loads of them. Once the waves washed them up, you could practically pick them up and into the bottle they went. Or you could just put your hand into the sand and then you could feel them like little stones. Very addictive, I tell you.

Shern then came over and sat on my lap while the waves lapped up on us. 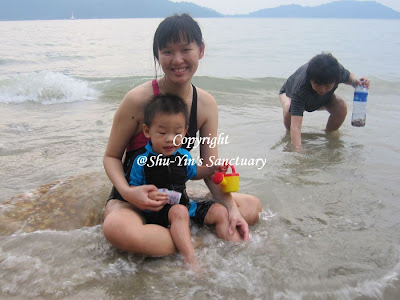 About 2 hours of work, this is what we got. So much siput, ready to be cooked. 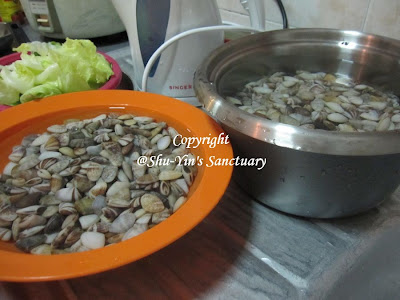 Mum stir-frying them with soy sauce and sugar. 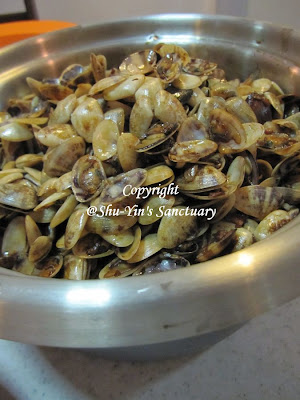 Yes, we need to use the rice cooker to dish out the siput. There were really so much! A whole rice cooker of them! 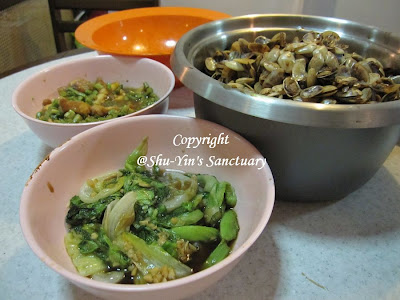 No wonder Shern was having a fun them sucking those siput from the shells. Even Shern loves them!

Hi,
I looking for an accommodation @ Lumut and found your blog. May I know how many WC and bathrooms are there in the 2 bedroom apartment?

I do read your blog as well :)

Anyway, the apartment room we took has 2 bedrooms and 2 WCs.

Master bedroom has a queen-sized bed with large floor space. And it has a attached bathroom with a bathtub.

The 2nd bedroom has 2 super-single beds. And a common bathroom opposite the room.

There is a kitchen, open-style. But beware, they have very minimal pots and pans and utensils. So you may need to bring your own.
But I guess you could just call them up and request for them.

Hope this help. Let me know if you need any more info.

Hi Shu Yin,
Didn't know you are one of my visitors :) Thanks for visiting.

It was a last min decision to drive up to Lumut and all the hotels are fully booked on the dates we want. Looks like will need to stay with relatives. Thanks anyway for your replies.