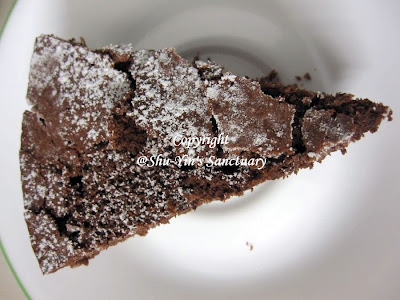 14 June 2011 - Classic Chocolate Torte
This is the final post of the continuous 3 baking post blogs. This was baked almost a month ago but I only have time to finally update this.

But my bake did not end up very successfully, although she did mentioned that it was a fool-proof recipe. First of all, my torte did not really sink and crack that much. It somehow cracked just on one side, I don't know why.

But the rich chocolate-y aroma filled my kitchen and even lingered into the living room while it was baking in the oven. 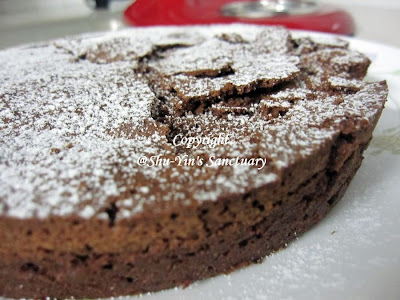 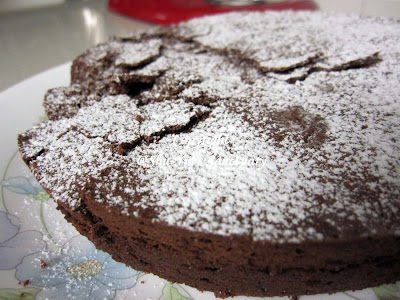 Anyhow, when I took my first bite of the torte, I was dumbfounded! It was really, really good. And rich and yet not too rich. I used Tudor Gold's 55% Dark Chocolate, which I got them at a discount. 2 packs of 100g each for only RM5.70. A steal, really!

The torte was dense yet fluffy. And the top crispy later was so delightful. You really have got to try it to know it. I really can't describe it.

Anyway, I ate a big piece at midnight (yes, it was another midnight bake). I am guilty. And that added the inches to my already widened waistline. 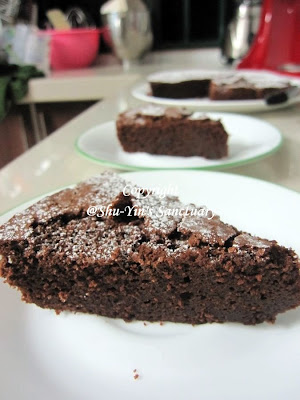 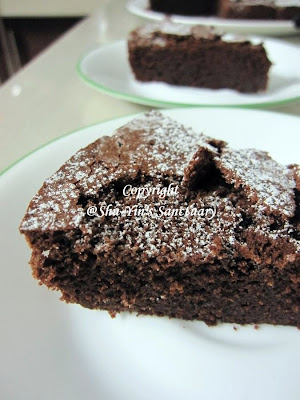 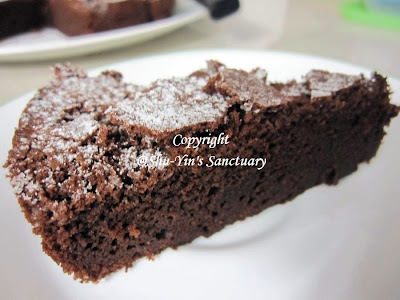 I did almost took a piece for Josie to try and despite not being a chocolate lover (not as much as me!), she admitted that she loved the cake as well. :)

Try it chocolate lovers. You won't regret it!

It's awesome I love it loads shu-yin...

Rich yet not too rich with a deep chocolatey taste. N the thin crispy top is nice ya? Glad u love it!

I love tortes.
Dense but yet light on the palate.
Maybe ur oven heating caused it to crack on one side...maybe.

wendy, yes, this recipe is awesome. too bad my torte did not crack and sick gracefully. sigh. but it was good that at least it taste awesome! :)