I noticed he now can see much clearer and much further.
See him looking at me although I was standing up above him. Khye lifted his head up and watched me with his eyes, following me wherever I move. 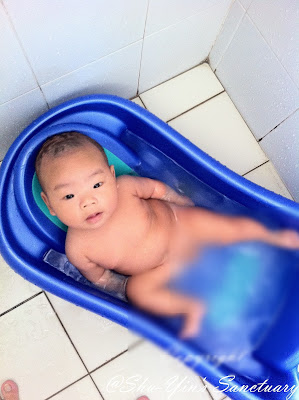 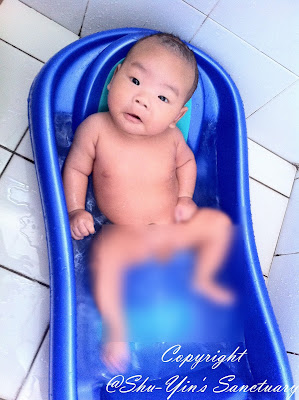 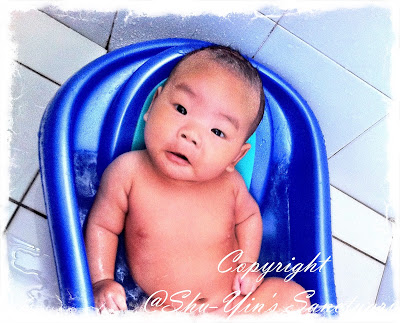 Khye as usual sleeps like an angel most of the time. He can sleep with background noises too such as tv sounds, or chatting sounds. No problem. Just no sudden loud sound which might startle him.

Overall, he sleeps easily. He especially loves it when put into the bouncer, which he sleeps in at Pho-pho's place. 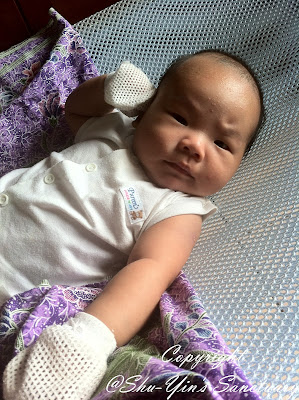 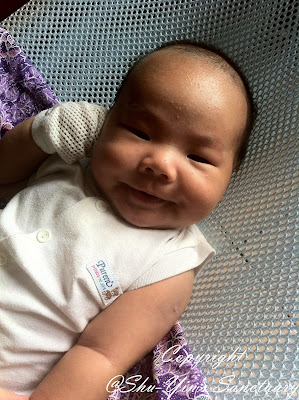 He also sleeps when put into his carseat. 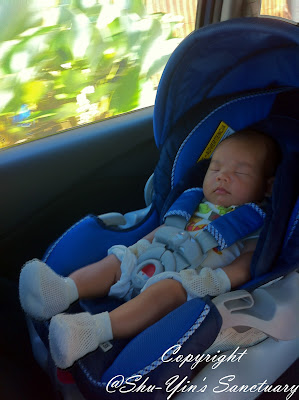 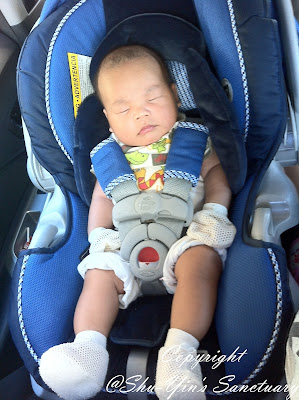 He was still in dreamland that we hadn't the heart to carry him out from the seat in case we stirred him up, so we used it as a carrier (something we rarely do, because it is very heavy!). I blogged about it here. 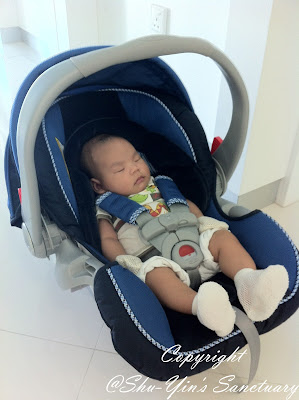 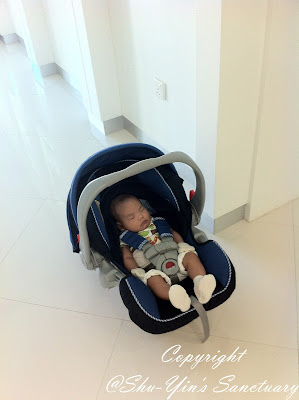 At night though, he sleeps in his baby cot. 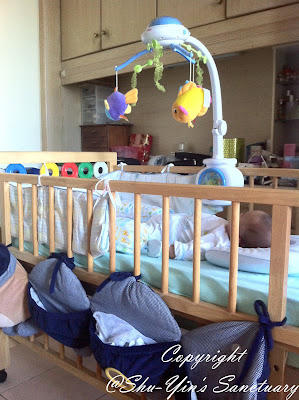 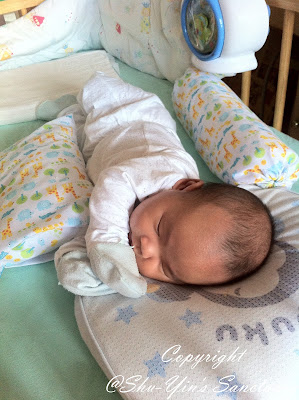 This is his bedtime bear.

Khye is getting longer. Khye is now longer than his changing mat. It will soon be time when he could no longer fit in there! 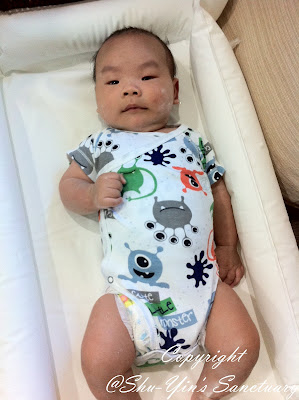 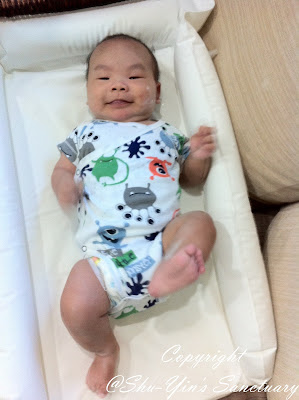 Khye is having more awake time, being awake for more than 3-4 hours at a stretch.

Another photo with Shern gege. Shern being cheeky as usual. ;) 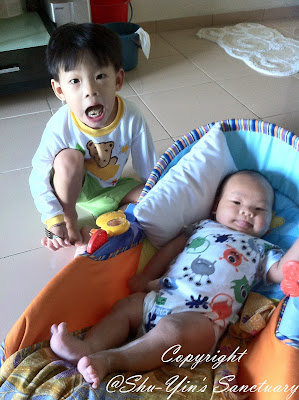 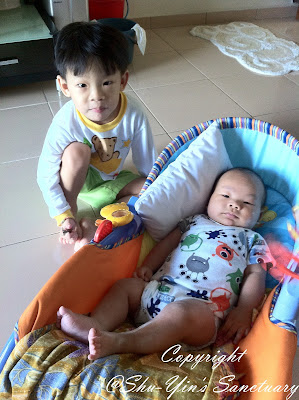 When Khye was younger, Kong-kong did not dare to carry him, coz he said he is too 'soft' as he still had no head control. Now that Khye is 10 weeks old, he has sorta toughen up and has a little better head control, so Khye was carried by Kong-kong for the first time! Yay!

Scrapped my favourite photo of Khye & me, taken when Khye was 12 days old. Lovin' it. :) 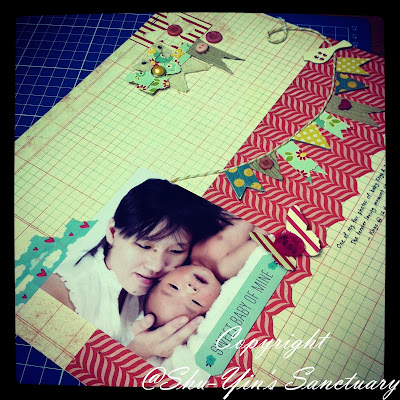