Shern is always fascinated to watch those mini fireworks lighted by neighbours during festive seasons. Whenever he hears those sounds, he always asked to be carried so that he can watch it from the balcony.
So we decided to bring Shern to watch the grand fireworks display ushering 2011.

We all braved the crowds to get to Straits Quay for the 'New Year Countdown By The Sea'. We chose Straits Quay because it is the nearest from our home.

And it was all worth it. The fireworks display was spectacular, gaining 'oohs' and 'aahs' from the crowd.

The first 'bang' actually gave Shern a scare. I guess he wasn't expected it. But after that, he was watching it with the squinted/half-closed-eyes expression. He was kinda startled by how near he was to the fireworks. 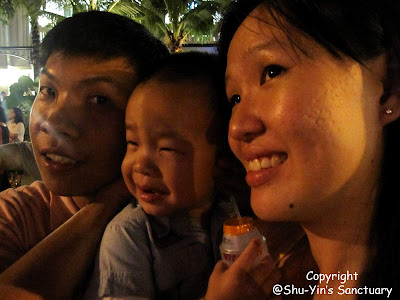 Halfway through Hubby used his hands to cover up Shern's ears because it suddenly dawned to us that it may be too loud for toddlers baby ear drums. But since he did not cry, I think he was not afraid of it, although he did hold me tight. I think he rather enjoyed it too. 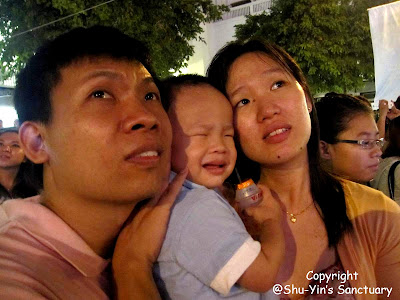 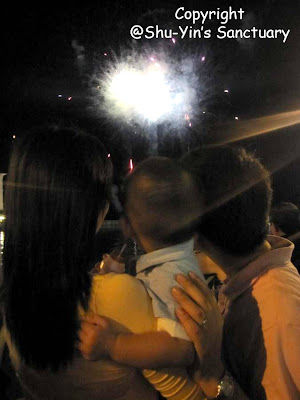