Now that Shern has reached his 6-months, I decided to update his milestones monthly from now onwards. 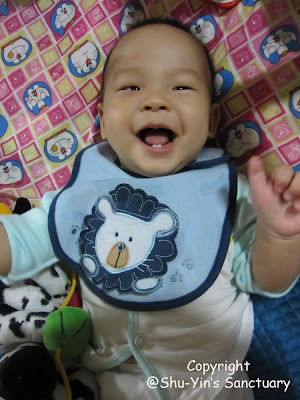 Hair Cut for the 3rd time
Shern cut his hair AGAIN. Hehe. I like Shern with short hair because his hair is those hard, spiky type. Not those soft, silky type. So I think he looks better in short hair.

Both daddy and son went for their hair cut together this time. 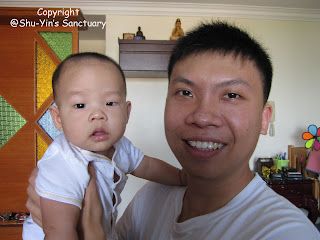 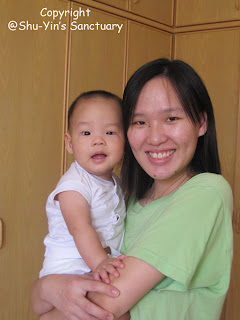 
Asleep in Stroller
Shern can now sleep in his stroller when we go out shopping. Actually, he fell asleep in our arms. And then only we put him down on his rocker. He can sleep even up to 1 hour in there while we shopped to our hearts' content. 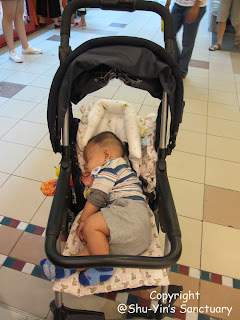 Hand Motor Skills Tuned
Look at how steady his hands are? He can really grip at things. Look at how he grips the musical doggie toy of his rocker? 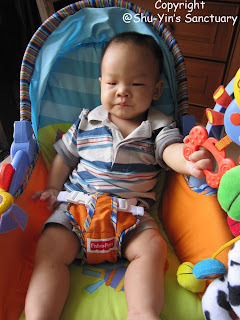 
Afternoon naps in bouncer
Shern is not a person who falls asleep easily. It is quite difficult to pacify him to sleep. Even if he does, he does not sleep for long. You will be lucky if he sleeps more than an hour.

Last time, he used to sleep in our arms because the moment we put him down on his cot, he will cry. Now, he is getting used to sleeping in the bouncer during afternoon naps. When he stirs in the middle of his sleep, all we does it to rock the bouncer and he falls back to sleep.
The bouncer is more cooling and with the bouncing motion, he loves it and can sleep there longer. 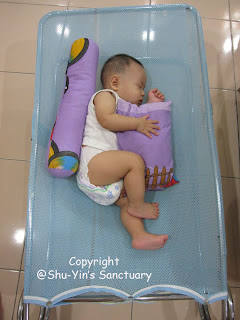 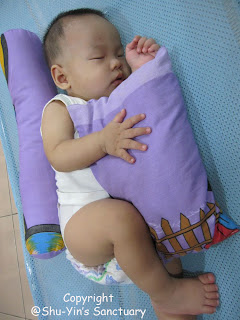 
Musical Cot Mobile still up
Shern still loves his Fisher-Price Ocean Wonders Mobile. Although it is recommended for babies from newborn to six months, I still have not taken it down because Shern loves watching it.

However, he is now trying to grab it. But since he still can't stand up, he could not reach it yet. By the time he starts standing up and cruising, it will be time to remove it. Well, let Shern enjoys it 'til then. 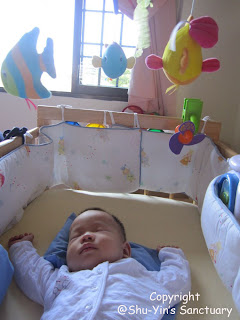 
Back to Tummy Roll and Vice-Versa
Shern can now roll from back-to-tummy and tummy-to-back VERY smoothly. He has finally master this skill. It is a joy just to see him there rolling back and forth.

He also has rather loose stool (breastmilk-like stools) which is not normal because he has already eating semi-solids now.


Refusal To Drink Milk from Bottle
Coincidently, starting 1st Jan, Shern refused to drink milk from the bottle. He only drank 4 oz for the whole day. However, when I gave him my breast, he took it eagerly. We guessed that his refusal should be due to his teething. So we just let it go and see how he is after a few days.

On the 4th day, he started to drink milk little by little but still not the normal milk intake. He does not drink all 4oz at one session. 4 miserable oz of breastmilk only finished in 2-3 sessions.

Shern posed for photos at (see photos below):

Look at how he stared at the big Christmas Tree deco and we could not get him to look at the camera? 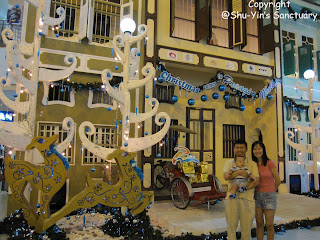 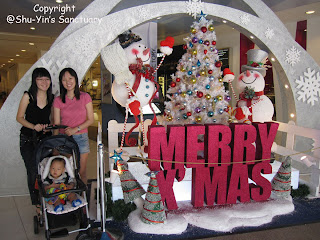 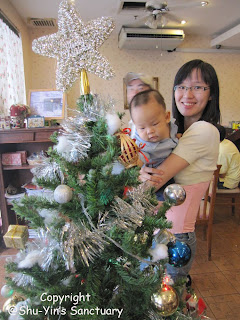 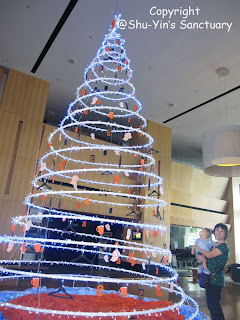 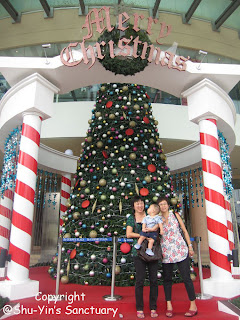 Shern with His Many Poses 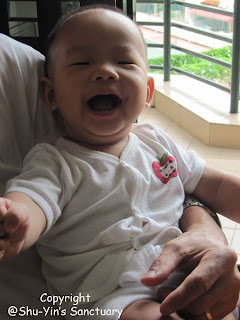 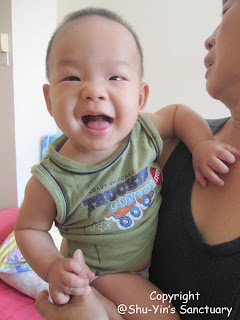 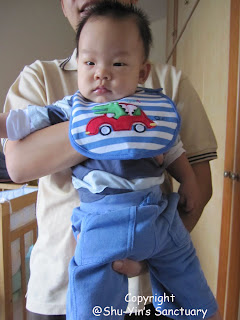 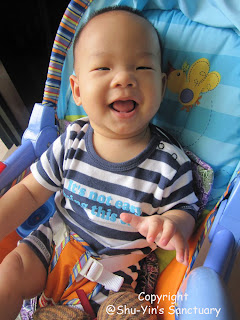 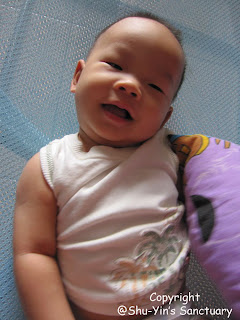 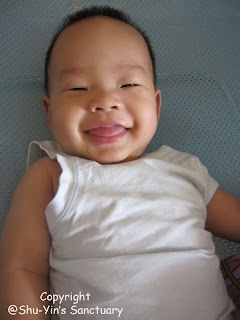 
How Is Mummy Doing?

Starting to run out of breastmilk storage bottles. I have about 80 bottles of 3-5oz of frozen breastmilk in my freezer, which is about 2-3 weeks of supply.
This is especially so when Shern is not taking his normal milk intake. Really need to buy more storage bottles.
By the way, I am currently using BumbleBee PP Storage Bottles, the cheapest BPA-free storage bottles I can find.
Posted by tanshuyin at 1/20/2010 01:02:00 AM