This 20 acres Penang War Museum site is located at Batu Maung Hill, south east of Penang Island. It was built in the 1930's by the British to protect the island from the invasion of enemies. You will be able to see the Straits of Melaka as well as the surrounding areas from here.
This is Peter posing at the entrance of the War Museum. 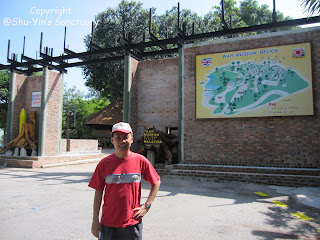 Luckily we had free tickets. The entrance fees are quite pricey.
My Kad Holders: RM15
Foreigners: RM30

Looking at the entrance fees made me felt so shiok and worth it that we came all the way from the other side of the island for this visit. Glad we came after all.

This is the starting of the walk which brought us back in time. 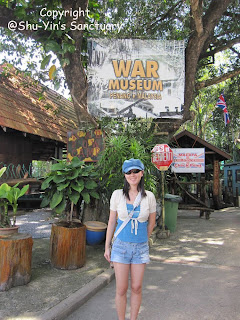 Much of what you see today is very much in the same condition as when it was built. Most of the buildings and structures have stood the test of time. 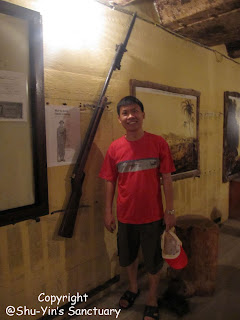 We went through pitch black underground tunnels. This photo was taken with the help of Canon Ixus 110 built-in flash light. 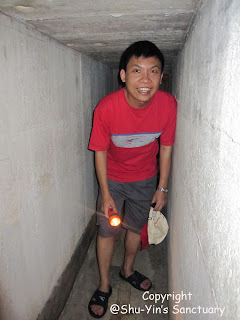 There were signs which read 'Be friendly to live bats' which I was quite nervous about meeting them. Luckily I did not see any. But it was pitch black. I guess I should say I did not felt any.
We even climbed 20 feet of ladder. It was rather scary because I was only wearing my Crocs Cleo and was afraid that my slippers will slipped off my feet. Peter already warned me that he is not going to go down to get it for me. 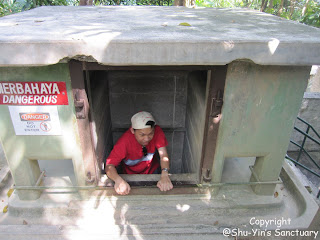 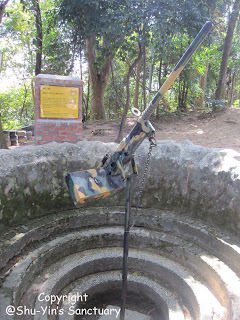 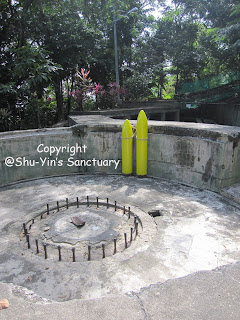 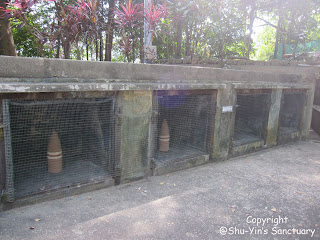 sleeping quarters for soldiers, cookhouse, lockup ad command centre, etc.
It even has a torture chamber which had blood stain on it which I found it not too frightening.

One would also get an idea how the solder then lived. There are barracks which are designed according to rank.

I think the thing I like most about this fortress is that it is situated on a hill amidst a jungle-like feeling. The air immediately cooled down the moment I entered the site. 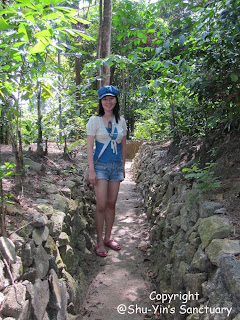 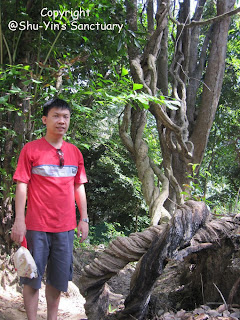 Look at the beautiful trees. (I can't help taking photos of the trees. I love big trees) 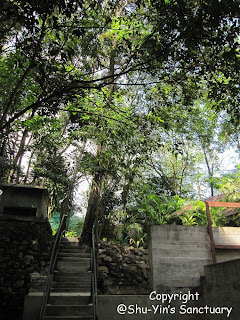 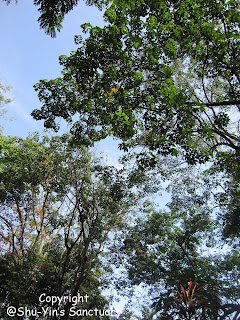 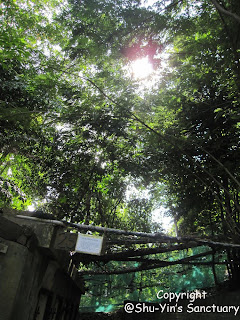 We spent about 2 hours there. Although it was cooling under the shades of the trees, our weather is humid and that made us felt very sticky.
We were thankful we brought along our caps and wore light and cool clothing. Comfortable shoes and mosquito repellent is recommended as well.

Walking along this historical site is a unique and learning experience about the history, culture, millitary gadgets and the way of life for those living in this fort. It is also a getaway from the hustle and bustle of the city.

That was how Peter & I spent our New Year's Eve.
An afternoon of 'phak thor-ing' without Shern. (Btw, Penang War Museum is NOT baby-friendly)

not very often you visit this side of the island. :) I just drove up there on boxing day but we didn't go in the museum. It was almost closing time when we arrived. not worth if our visit had to be rushed through.

karen...yaya. i enjoyed the visit though.
btw, want to let u know that i cannot comment on ur wordpress blog. only for team members. ??

You mean blogspot? I have abondoned wordpress :p and do try leaving a comment this time. thanks for letting me know!