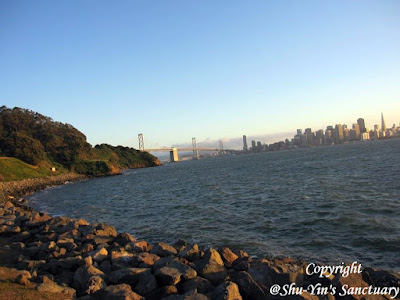 The San Francisco – Oakland Bay Bridge (known locally as the Bay Bridge) is a pair of bridges spanning San Francisco Bay of California. Forming part of Interstate 80 and of the direct road route between San Francisco and Oakland, it carries approximately 270,000 vehicles per day on its two decks. It has one of the longest spans in the world. (source: wikipedia)

Our coach did drove through the bridge, erm...forgotten if it was on the upper or the lower deck.
But the time we stopped and took this photo of the Bay Bridge, it was almost dark, almost sunset. So you could imagine how cold and windy it was.
Look at my hair! 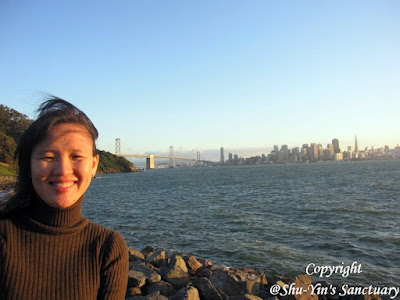 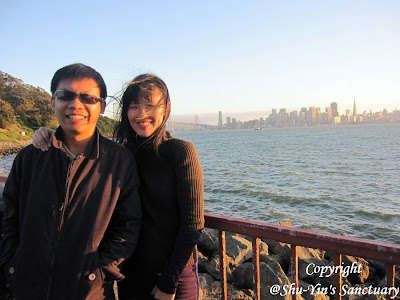 Ok. this should be the last blog post about San Francisco worth mentioning. We went to Chinatown as well, but it was nothing much there except that we ate a very deliciously big bowl of Vietnamese Beef Pho.