Ok, I was wrong. I changed my mind. 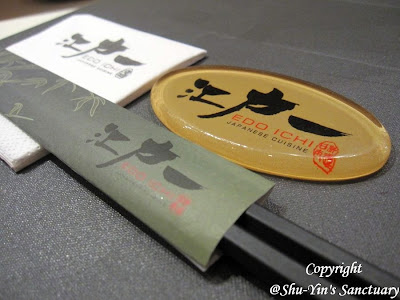 Actually, I fell in love with their salad - Soft Shell Crab and Salmon Skin Salad. It's simply delish that I went back again and again, just for it.

So I think I owe Edo Ichi Japanese Cuisine a blog post. A more recent blog post on how I am addicted to the salad. So here it is, my most recent view on Edo Ichi.

Since September 2011, I've been back to Edo Ichi numerous times, sometimes even twice a week. And every time I dined there, the salad is always on my order list.

So, how does this irresistible, mouth watering salad looks like? 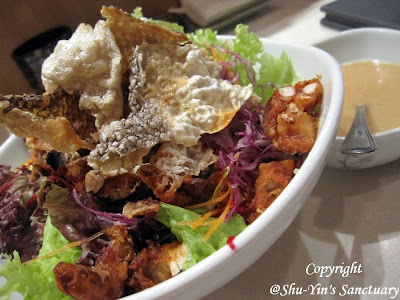 Soft Shell Crab and Salmon Skin Salad @ RM18
Actually, it is the salad dressing that makes this salad an awesome salad. The menu says that it is a sesame dressing. But when I taste it, I could feel a taste of thousand island and peanut butter in it. Haha. Ok, I am no cook but that was what my taste buds told me!
And this salad portion is quite huge.

And usually I have this kickass salad with a Children's Box Set.
I order this not because I want to be a kid, but because I like the smaller portion. This Okosama Bento A comes with sushi rolls, egg omelette, fried chicken and a small bowl of noodles soup.
That is quite enough for me especially when I have it with the salad. 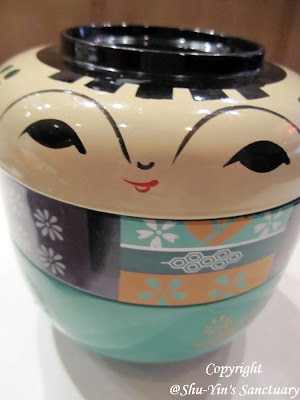 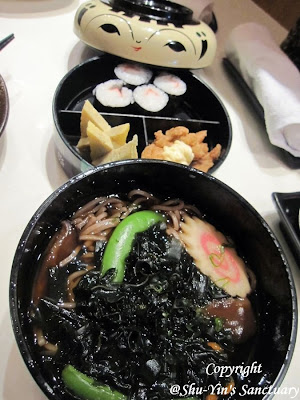 Okosama Bento A @ RM15
I've tried other food there as well, such as this Chicken Katsu Curry, which is a chicken cutlet with curry rice. Hubby loved the generous curry portion. 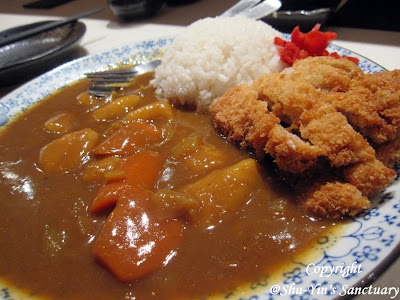 Chicken Katsu Curry @ RM20
And I've ordered more than once their Kimuchi Ramen, which is noodles with chicken roll in kimuchi soup, priced at RM18.
Also tried their bento set which is more on a high side of RM35-45+.
And oh, they charge RM1 for their ocha, if you all would like to know.

Everything I tasted there so far is good. And service there is excellent, so different from what I experienced almost 2 years ago.
And even though Island Plaza is like kinda empty now, don't be surprise to find Edo Ichi always having a full house. So make your reservation to avoid disappointment!

Email ThisBlogThis!Share to TwitterShare to FacebookShare to Pinterest
Labels: Eats

yes, i like their salmon skin salad too..the secret is in that dressing! ;)

Yes, it's the only place i order salad. Haha. Super nice lor the dressing!