Their flight was in the evening, so I was supposed to bring him out of mum's house the whole day so that they can do last-minute packing in peace.

In the morning, we brought Shern to one of his favourite place - McDonald's!
Besides playing the slides.... 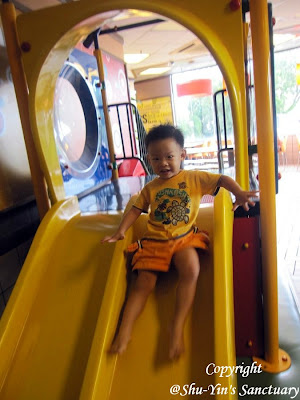 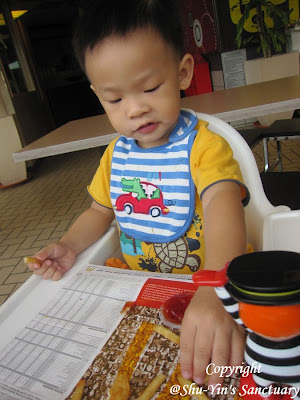 while overlooking the window into the main road, spotting 'big lorries' and 'big cars'. 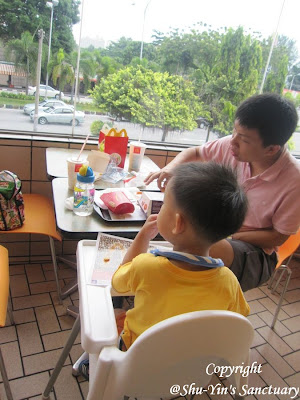 And daddy & son had fun feeding each other french fries. 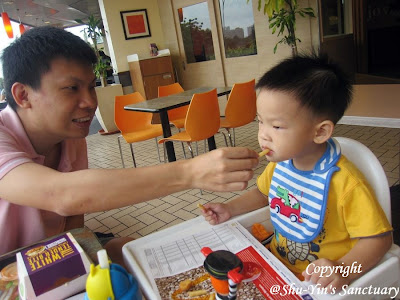 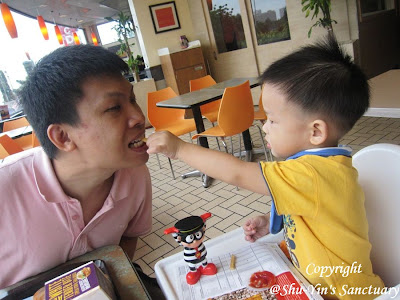 Shern got a Hamblurglar toy from his kiddy meal set, which he wasn't very fond of. 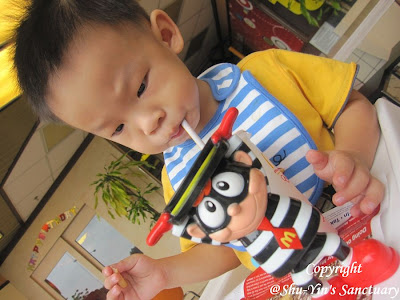 I think he likes his Iced Milo more ;) 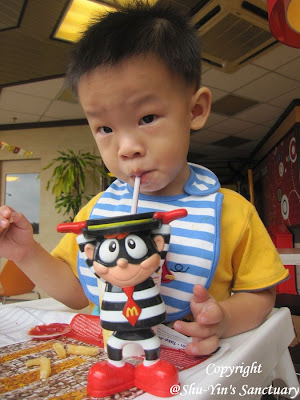 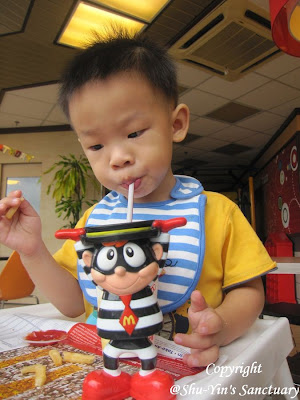 After that, we brought him home for a nap so that he won't be cranky at the airport and in the plane later.
We got into the room slightly before 1pm, and it was 3pm before he fell asleep. Yes, he was tossing and turning for 2 hours in the room.
I almost gave up pacifying him and threatening him! haha 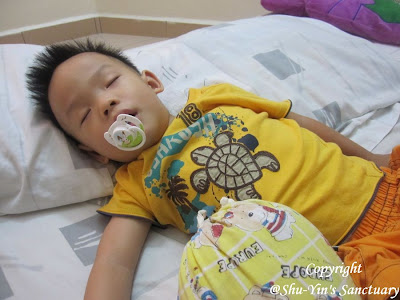 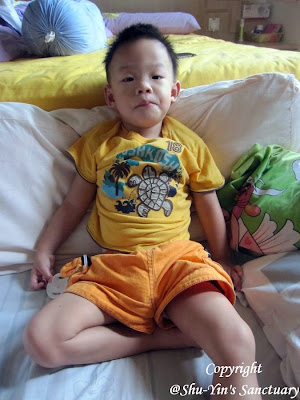 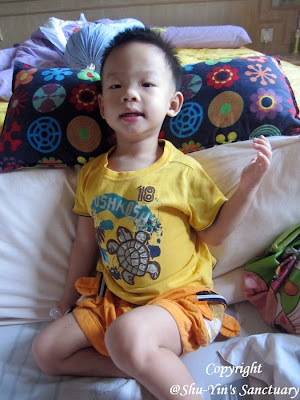 He even posed for pictures with us. How about that?
A photo with mummy. 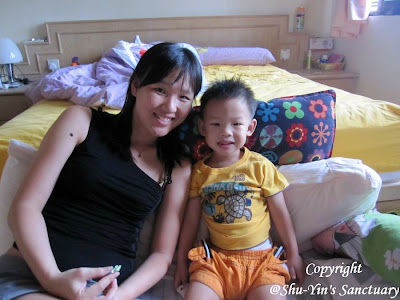 And a photo with daddy. 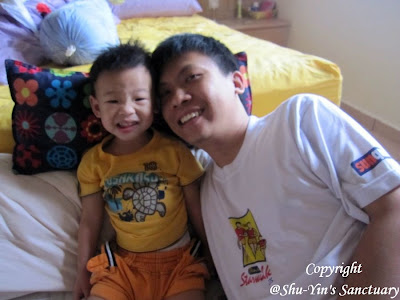 A self-taken photo just the 3 of us! 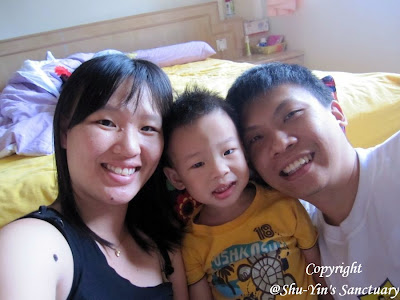 After feeding and bathing him, I changed Shern into long-sleeved shirt and pants because it would be cold at the airport and in the plane.
Shern then knew he was going to the airport and to be in an aeroplane.
He said things like "must faster if not the plane fly away!". He said that but still could not be hurried, for his doesn't really understand the real meaning of 'faster'! 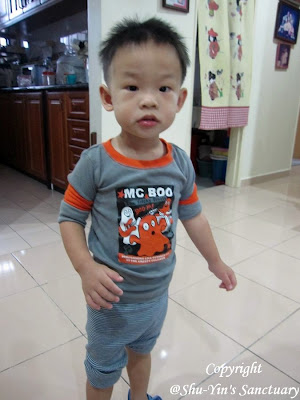 Shern said goodbyes to us well.
"Mummy & daddy not going. Mummy & daddy going to work. Only going with kong-kong, pho-pho and yee-pho"
Months of brainwashing helps! ;) 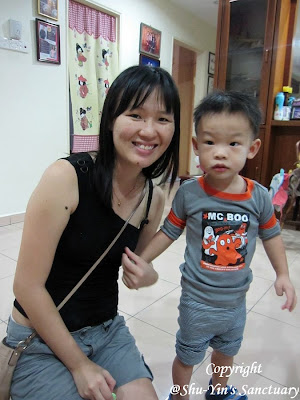 Lastly a big, tight-tight hug for both of us. 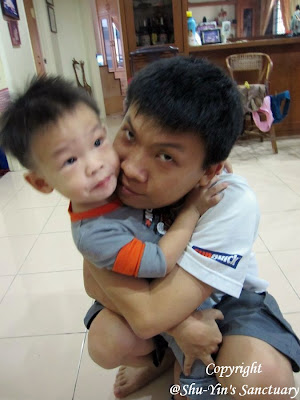 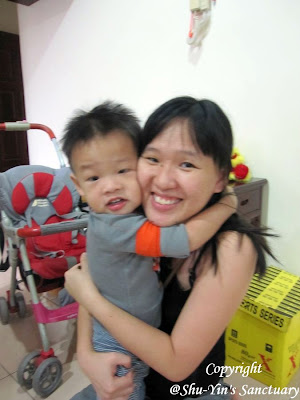 And guess what? I cried after he went off.
Just 5 minutes and I miss him already.

That was the first time I am not with him and I am still in Penang. Usually, I am the one who goes outstation.
Dearie, see you in South Africa in 2 weeks' time!

Email ThisBlogThis!Share to TwitterShare to FacebookShare to Pinterest
Labels: 3 of Us, Lim Yiu-Shern, Shern's Firsts