About a few weeks ago, Shern discovered Titanic.

He was watching youtube videos and saw the documentary about the sinking of this great ship. Ever since then, he was so fascinated with it, he watched more and learned more about Titanic.

Together, we searched for more documentaries on Titanic and he absolutely loves the Titanic movie starring Leonardo diCaprio and Kate Winslet.
He watched it many times until he knows most of the lines by heart.
I had to tell him that Jack and Rose in the movie are fictional, and some parts too, except for the sinking of the Titanic.

And because of his interest, we spent time in the afternoon doing art and crafts on Titanic.

He did some drawings of the Titanic. 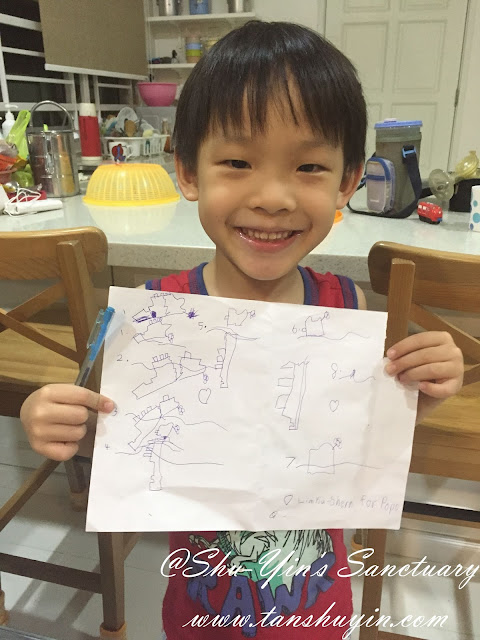 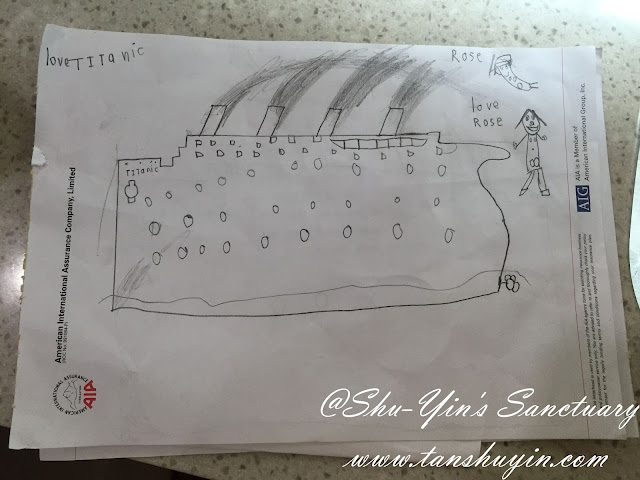 He also did drawings which chronicles how the Titanic sank. How it hit the iceberg, and then splitted in half, which made the ship hanging on vertically for awhile before sinking down into the ocean. 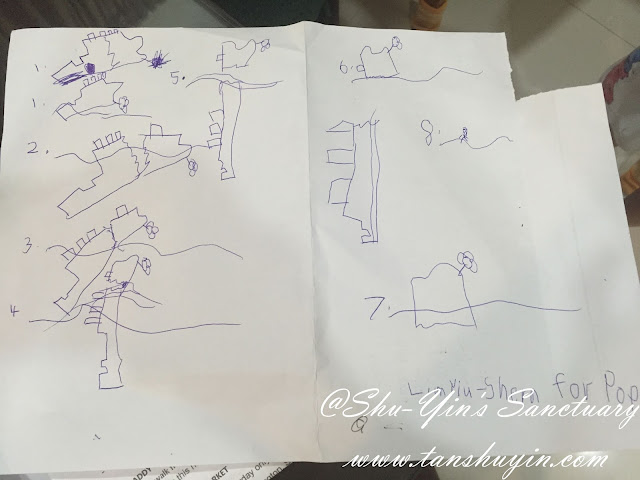 I love this drawing of his. Joining 2 papers to draw this big Titanic! 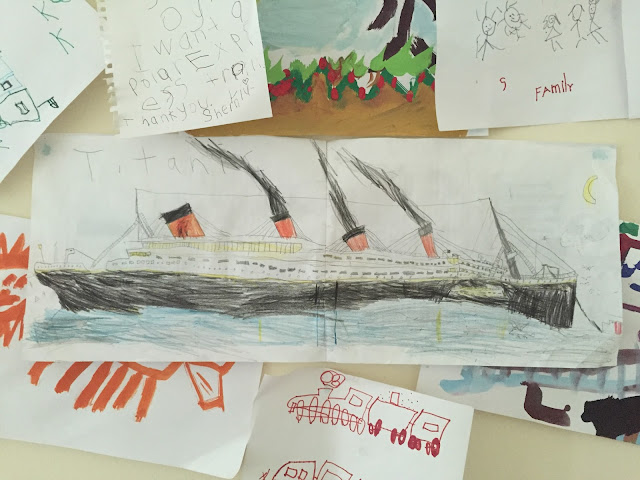 He also learned and sang the Titanic's song My Heart Will Go On by Celine Dion.
And then he watched another documentary which has the background song Sleeping Sun by Nightwish and he learned to sing that song too.
Min-yee helped to write out the lyrics for him to sing-a-long with the songs. I must say this kills 2 birds with 1 stone. Him learning how to read better while singing his favourite songs.
I'll upload clips of it here when I've got time.

And when I have some time when baby was asleep in the afternoon, we built a Titanic together with a shoe box and also some toilet rolls for the funnels. 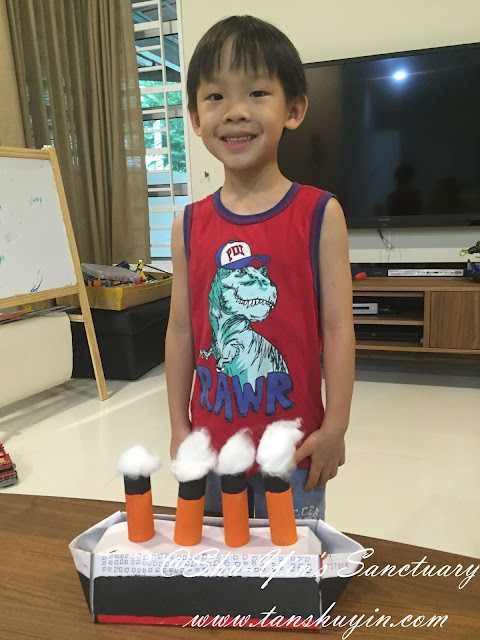 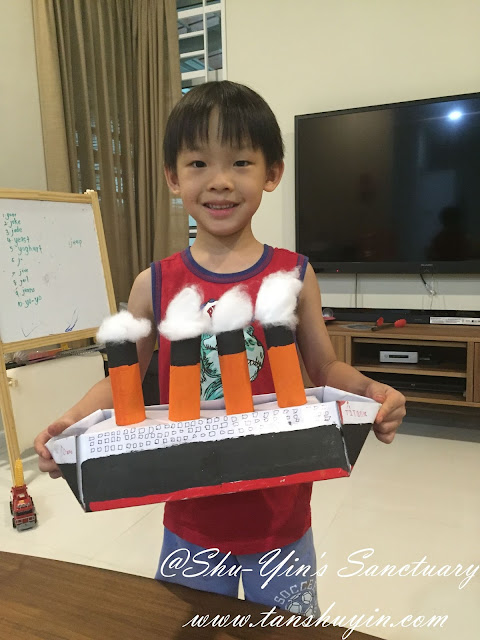 And so the Titanic fever is still raging in our house right now, with Shern talking about Titanic facts every now and then.
I must say I am glad I am able to feed some of his interests, although we all are kinda stuck at home with me being in confinement and all.

Some of the Titanic Fun Facts I learned from Shern:

- After hitting the iceberg, it took the Titanic 2 hrs 40 mins to sink.
- If the titanic got hit head-on, it might not sink as it did as it got hit sideways.
- Although Titanic has 4 funnels, only 3 of them are working. The 4th funnel got added to make it look more impressive and symmetrical.

Aiyo, your son is just too geekily cute for words. He has skipped a few steps ahead and jumped on to pretty advanced stuff! Sounds like he's going to be a bit of a a trivia nut being fascinated by all such interesting facts like this. Kids are amazing.

Yes, he is really very focus when it comes to learning about the things he is interested in.
It gets a bit headache sometimes coz now he tells me he wants a Titanic ship model for Christmas! haha