Khye's First Time In A Cineplex

The kids woke up at 7am last Saturday morning (a nightmare for all parents I believe), and by 10am they were getting restless. Wanted to bring them out to the outdoors but then it is so hot and humid these few days.

But hubby and I packed them both into the car anyway and then only decided where to go and where to bring them. Decided to have brunch in Secawan @ Hutton, my favourite cafe.

While waiting for our food, Shern playing finger and hand games with Daddy, 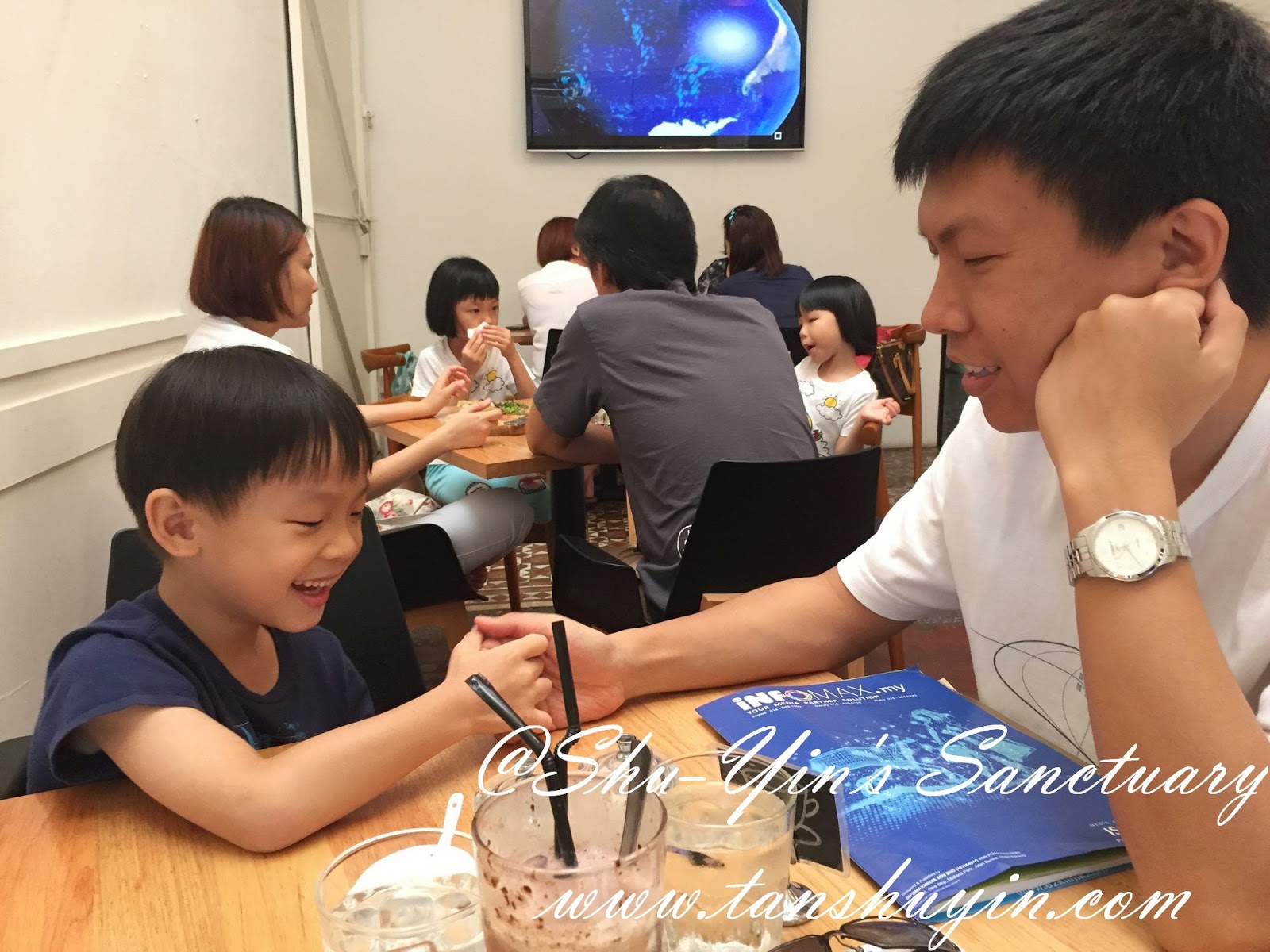 While Khye posed away for my camera... 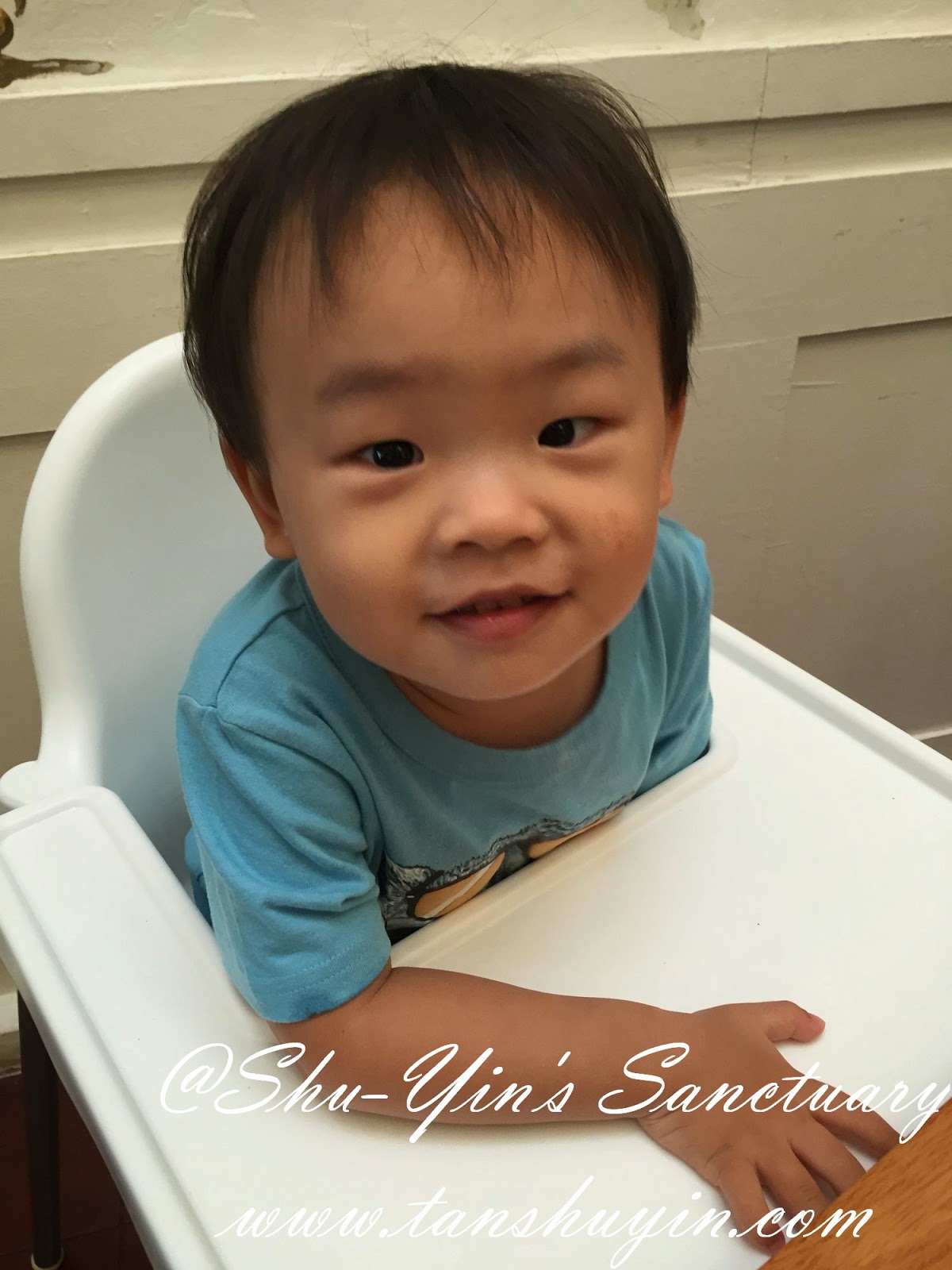 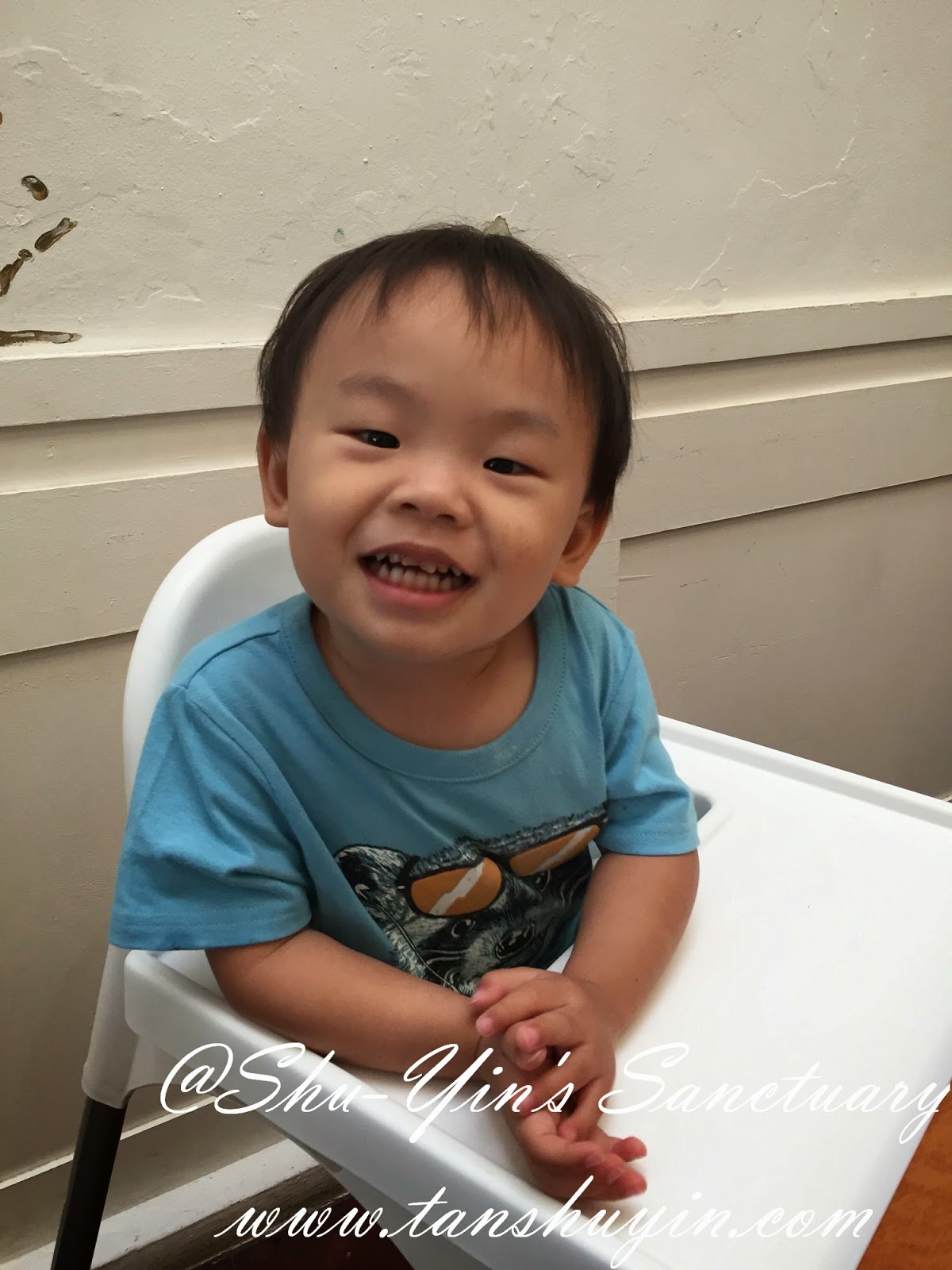 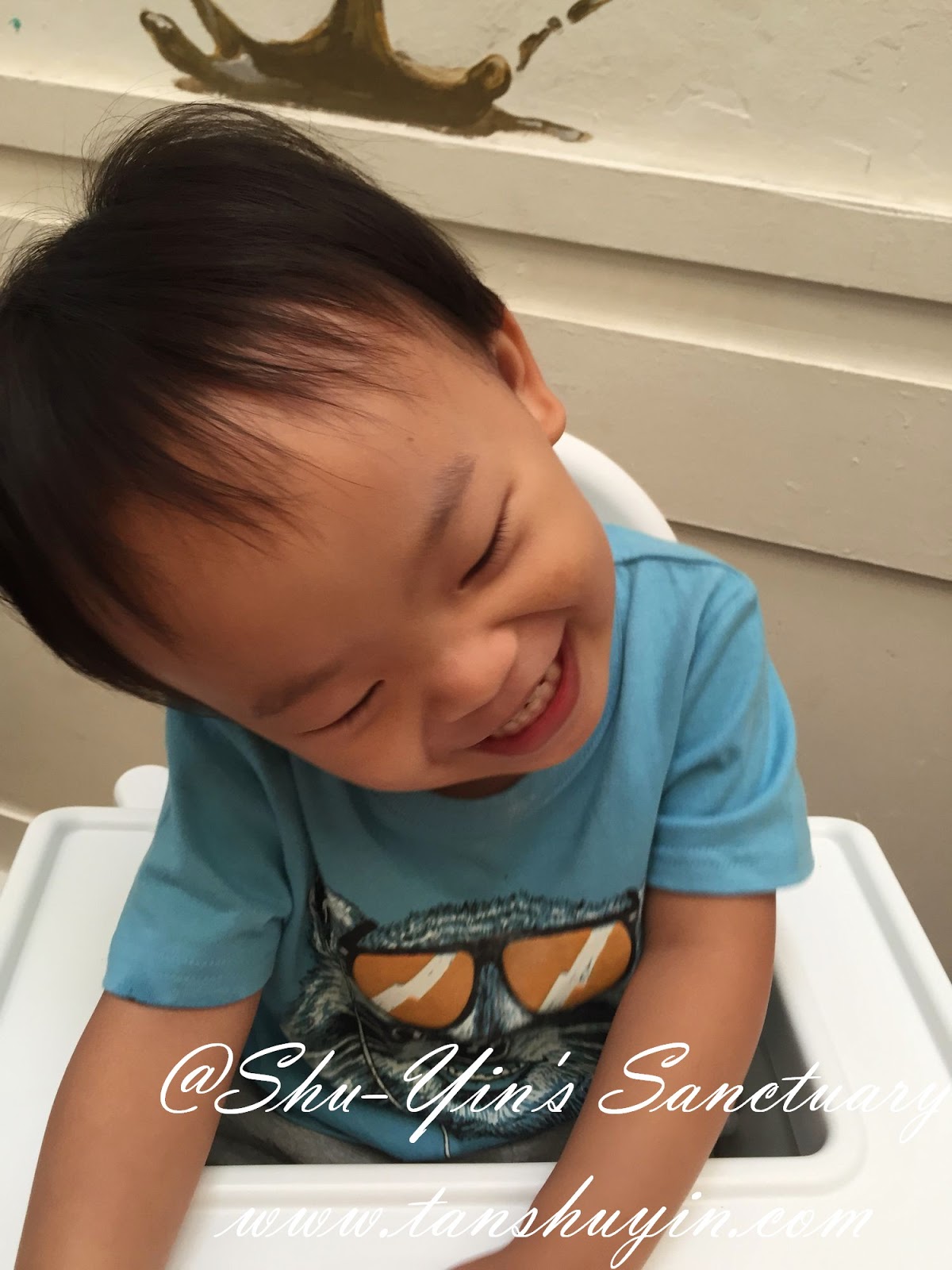 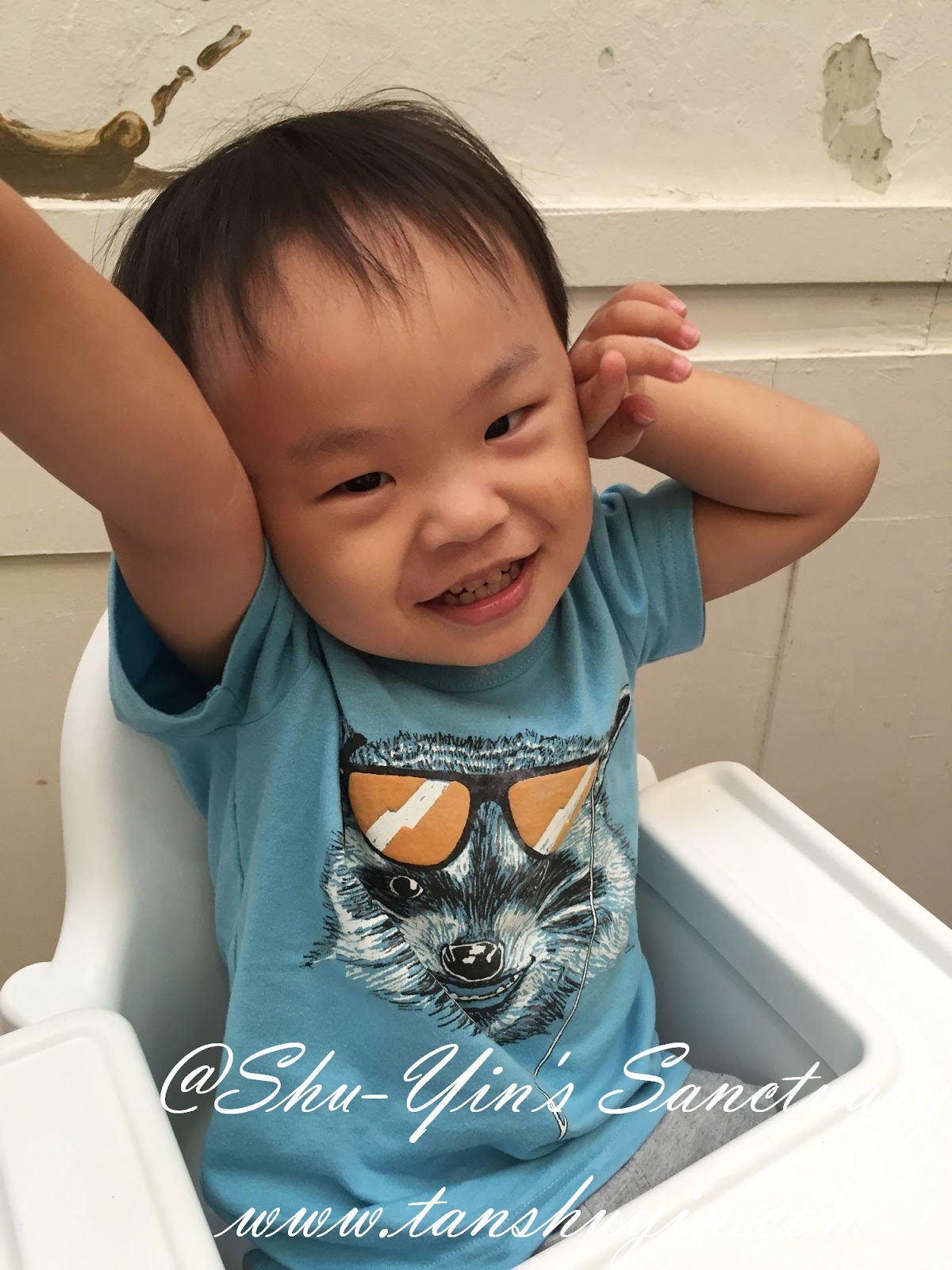 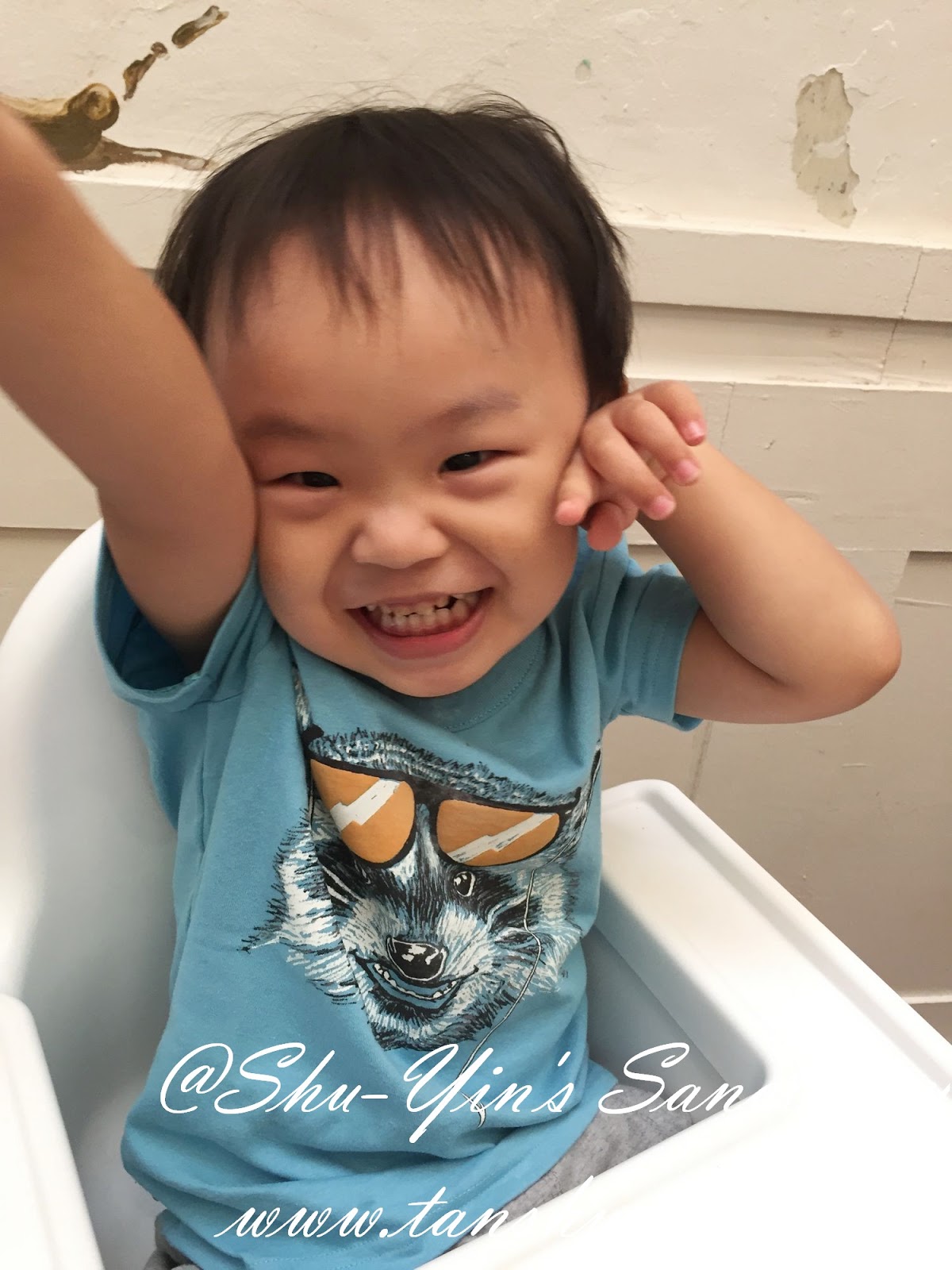 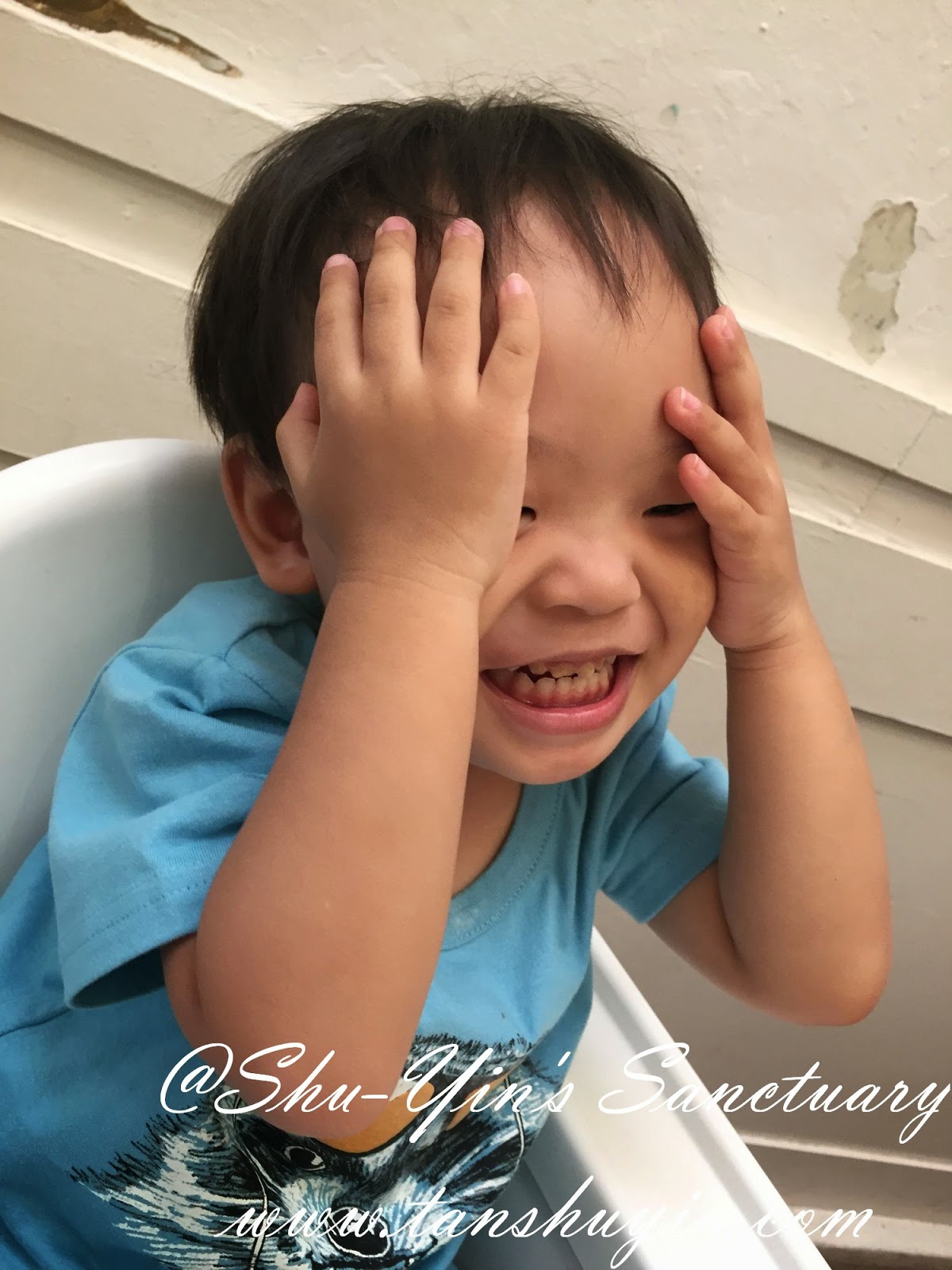 All giving thumbs up on the food.
Shern loves the pancakes there. And I like the Ms Bernaise there, which is actually Egg Benedict with salmon. Khye ate everything so can't say which he likes. haha. 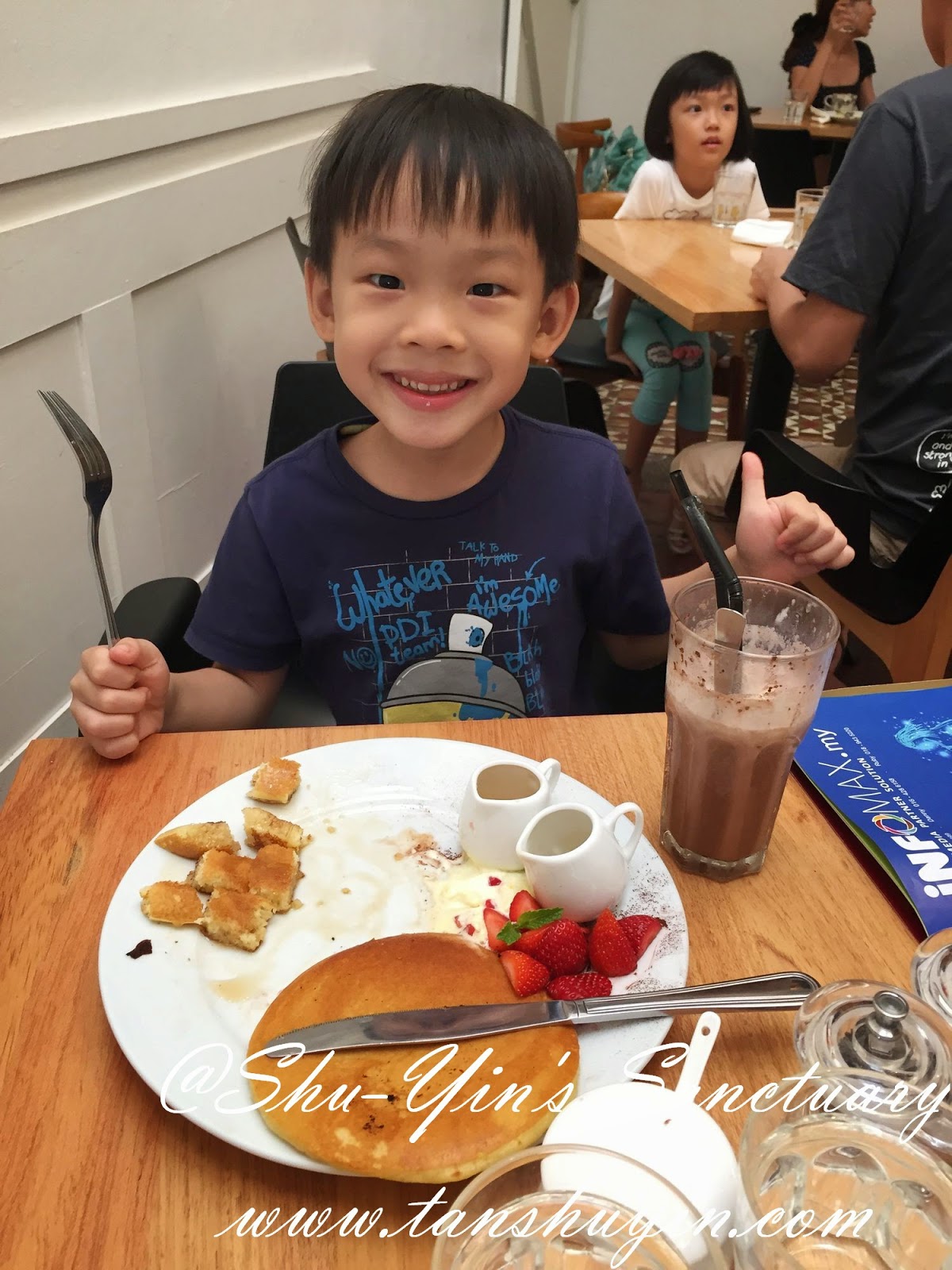 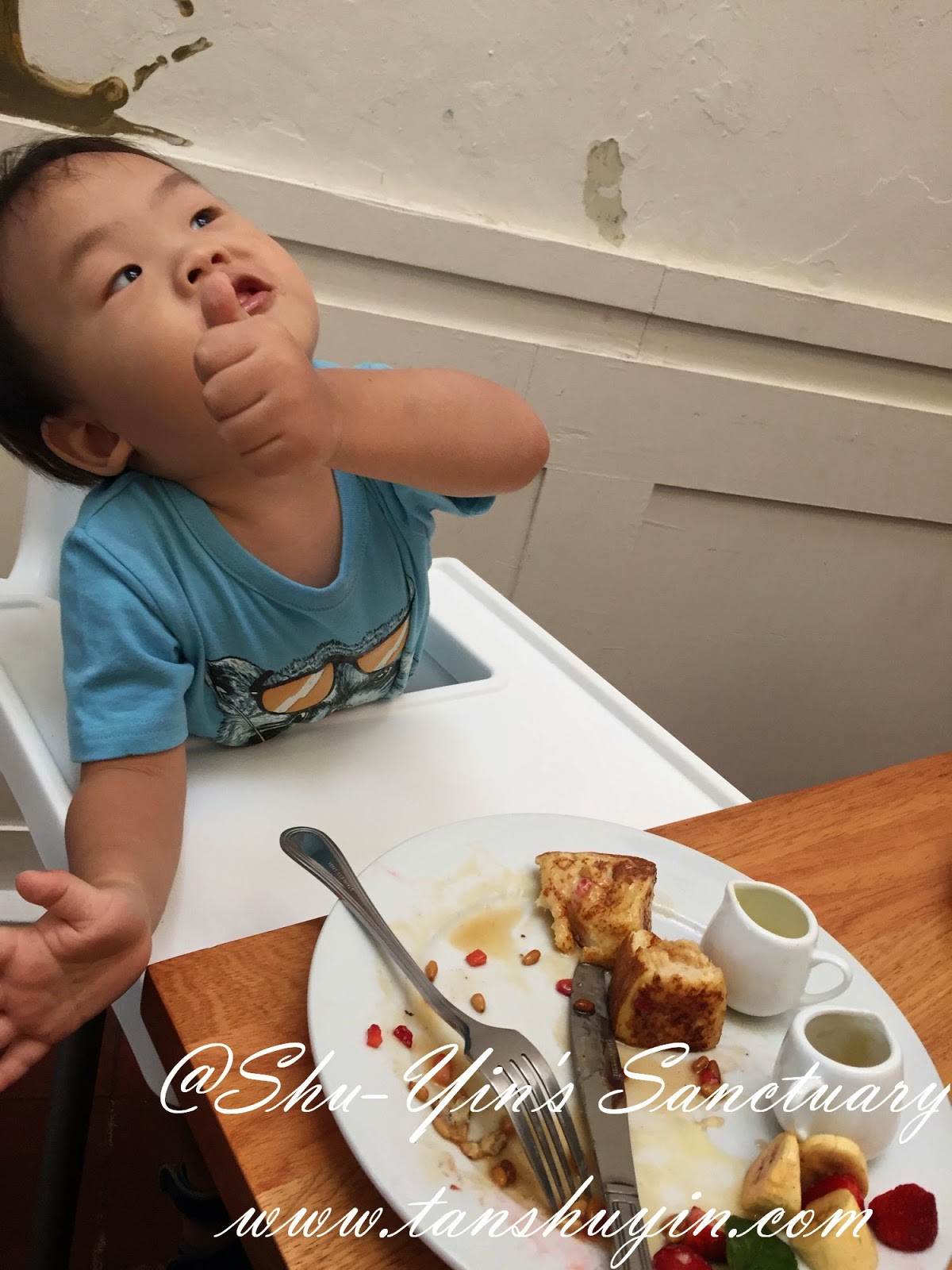 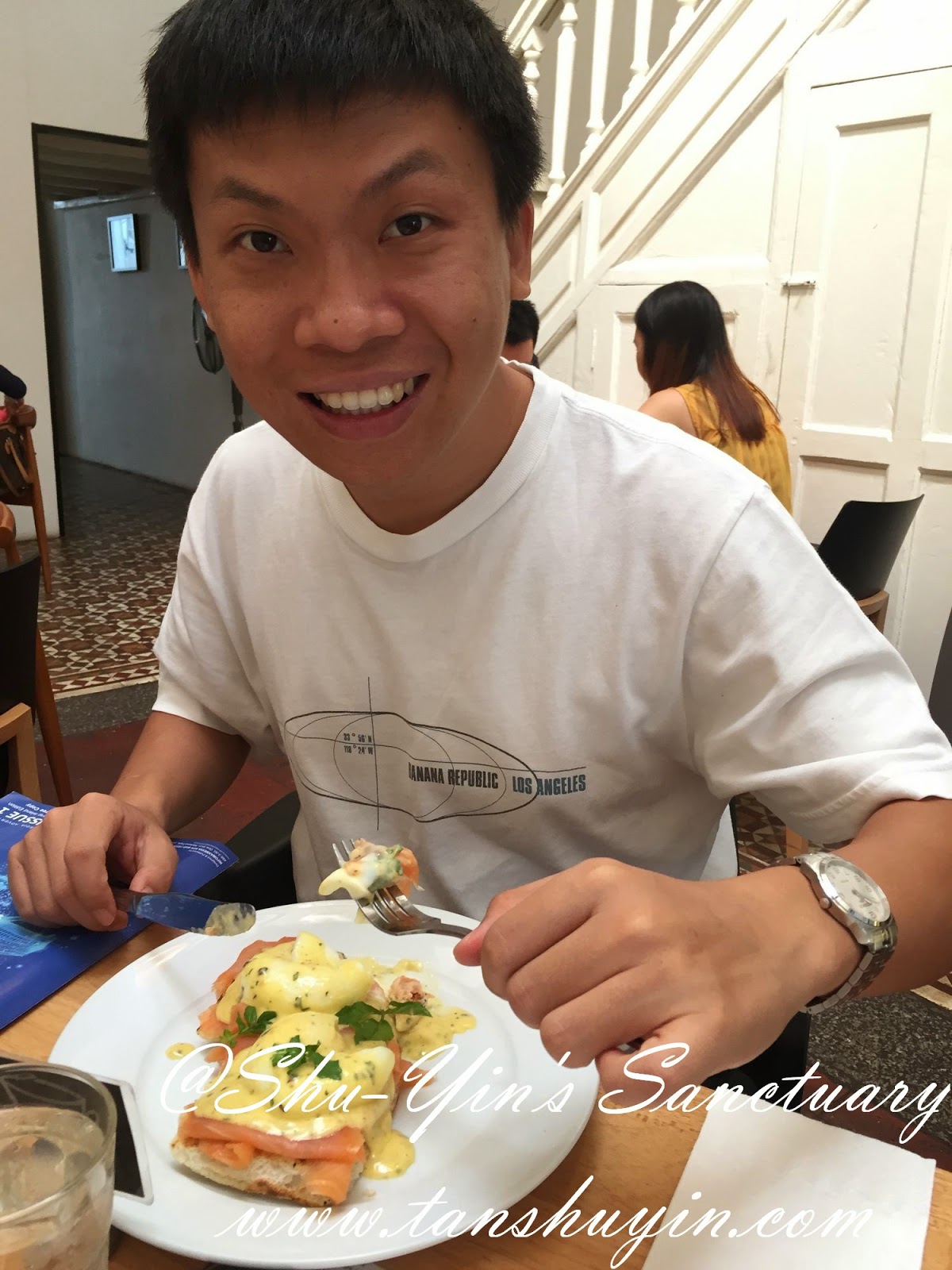 And I took a selfie with my babies. 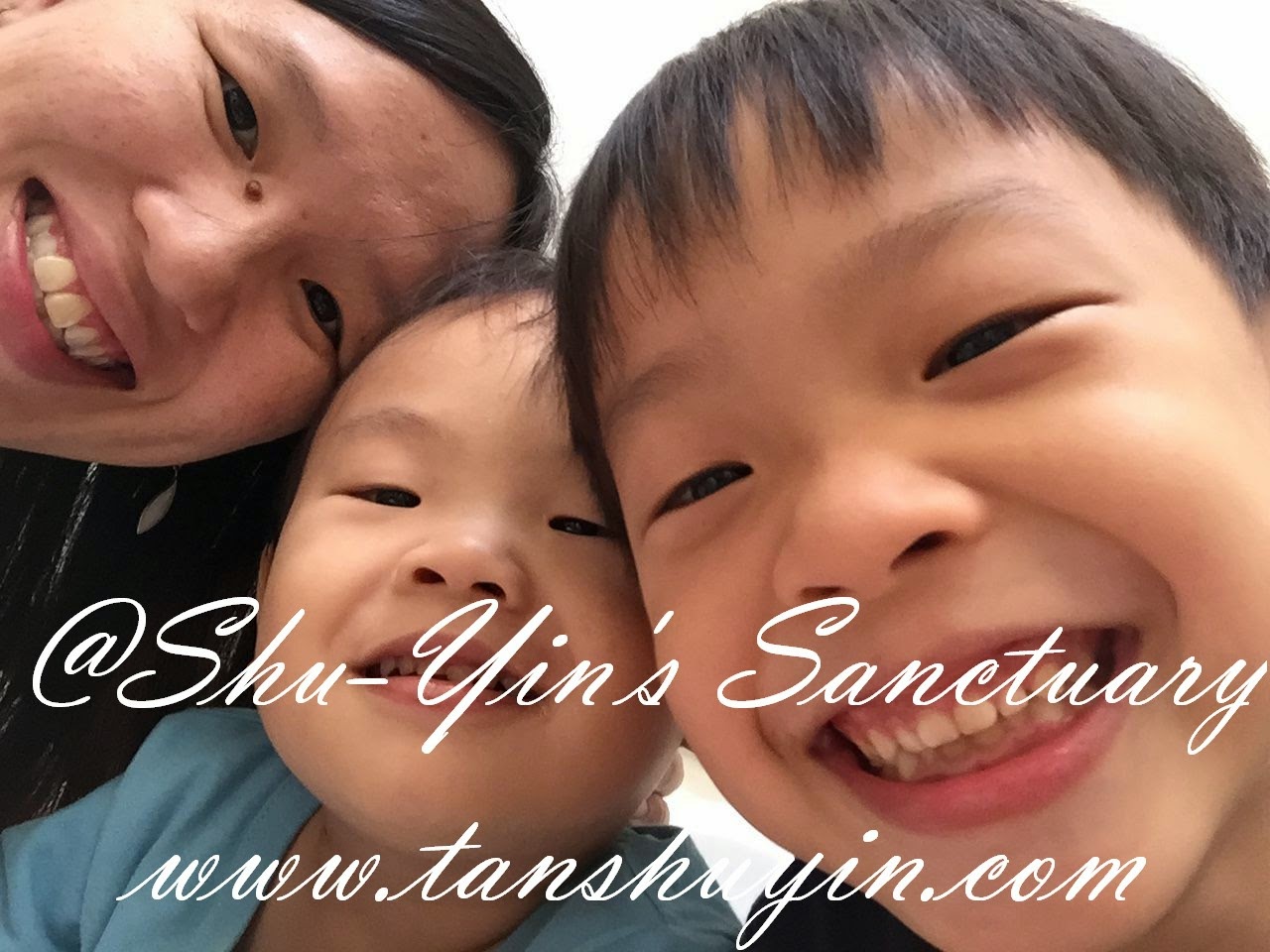 After that, we decided to catch a movie with the kids, bringing Khye in as well. We think that Khye at 2 1/2 years old, will be a little bit more well behaved and also he can watch a movie for a little longer.

We let Shern choose if he wants to watch Cinderella or Home, and he chose Home, much to my disappointment. haha.
Anyway, Home it was then for the 12 noon show, which I think is a better choice for Khye too as it is a cartoon. 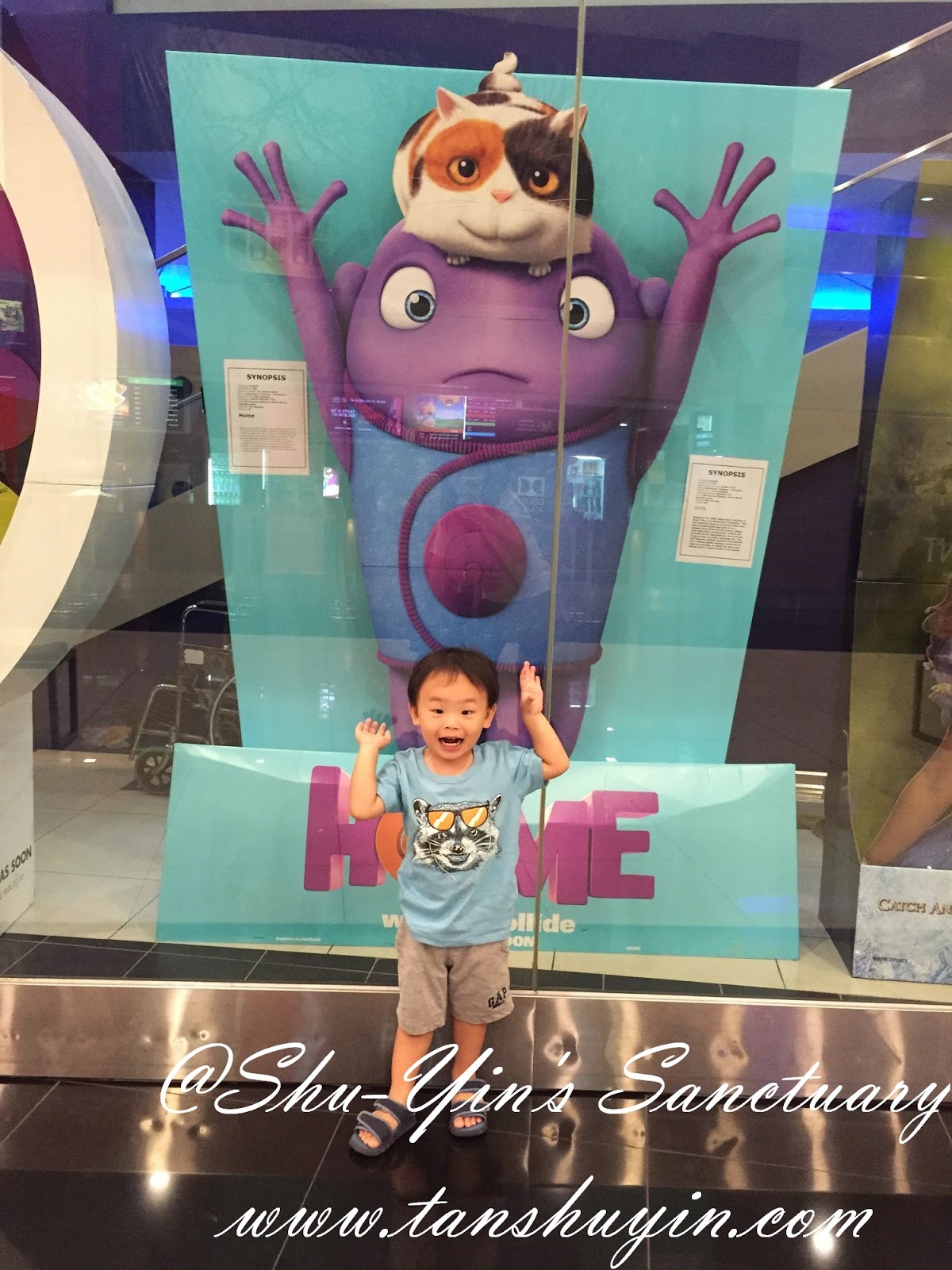 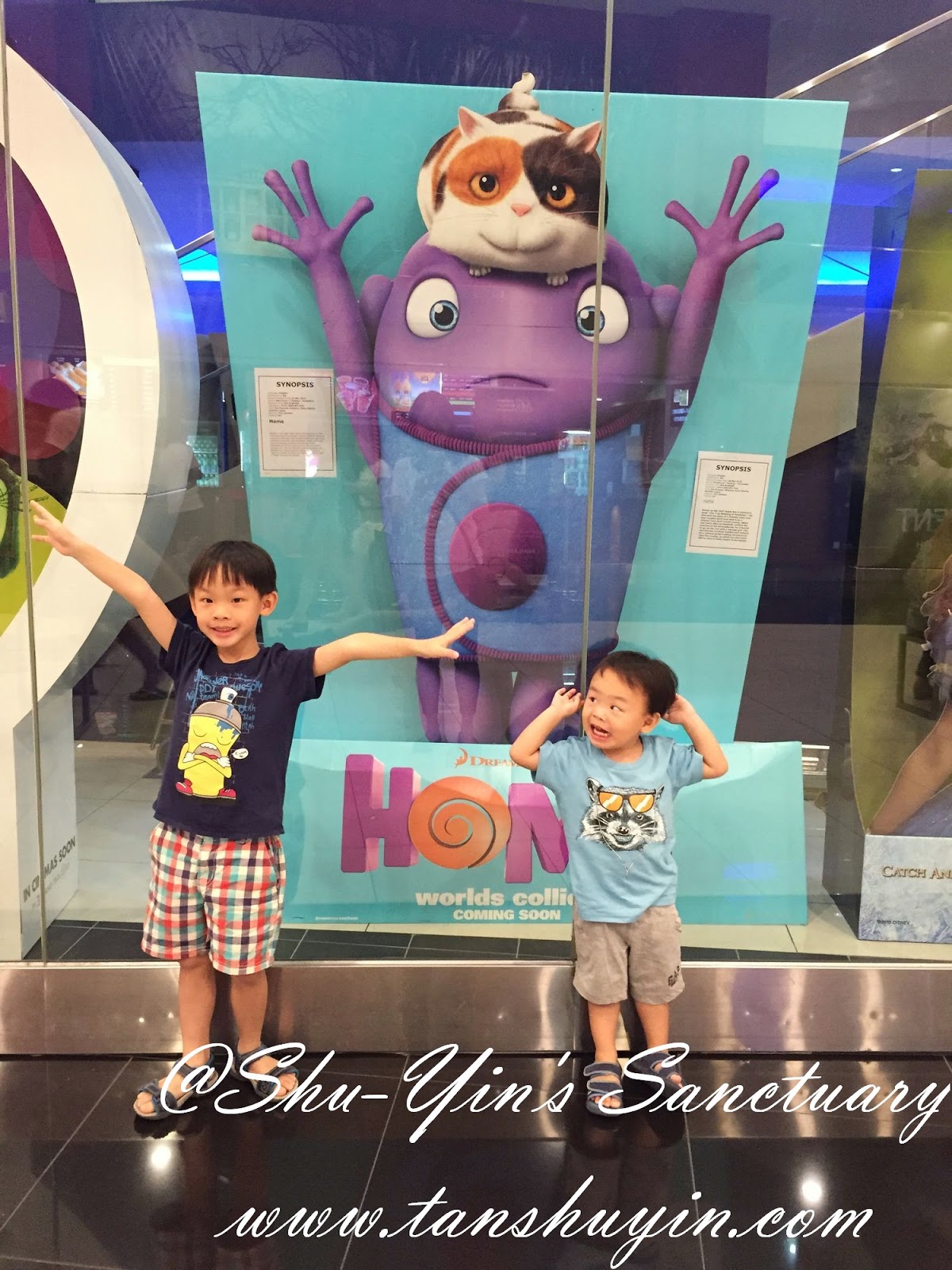 Hubby and Shern tried out D-Box. 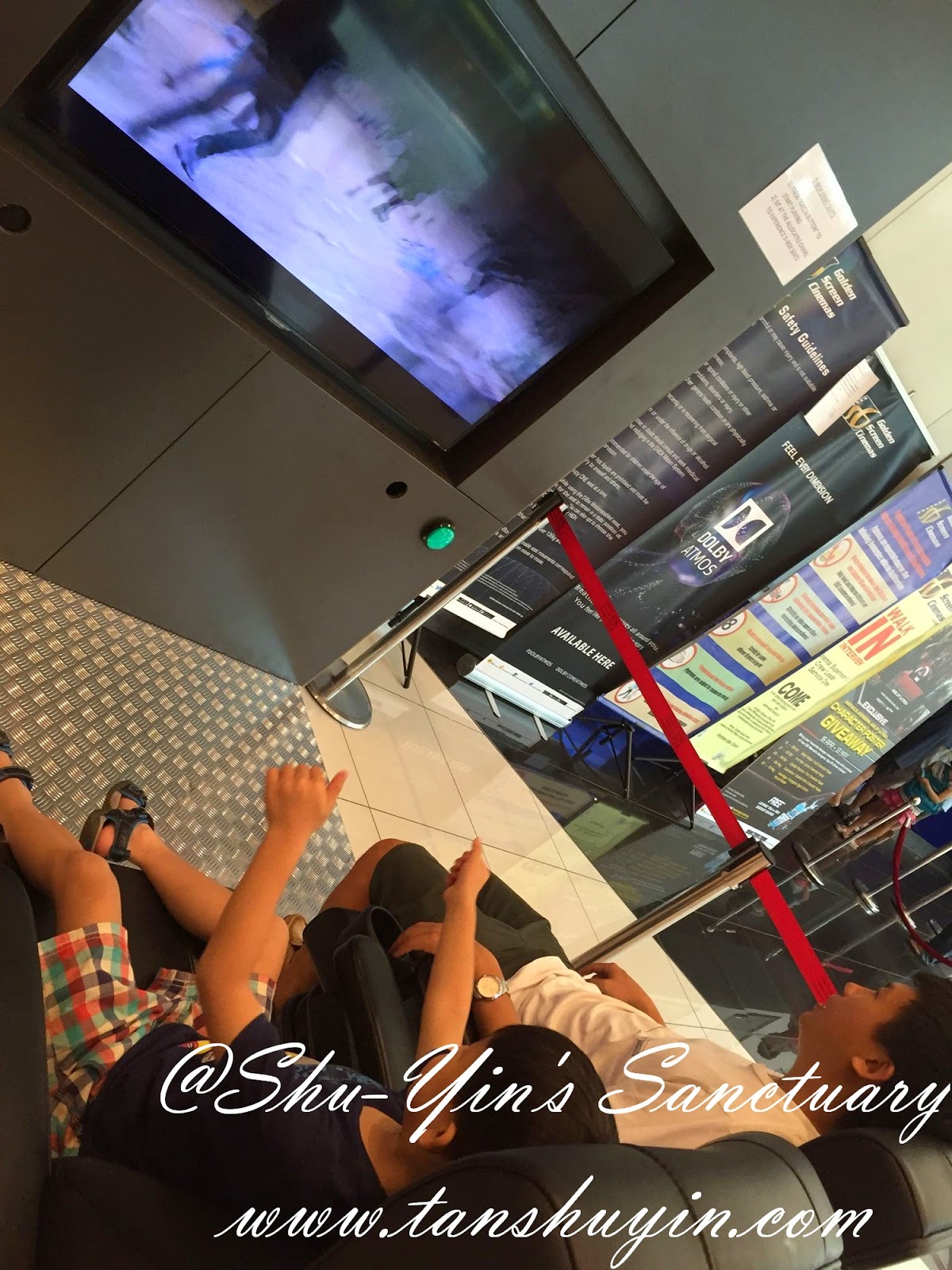 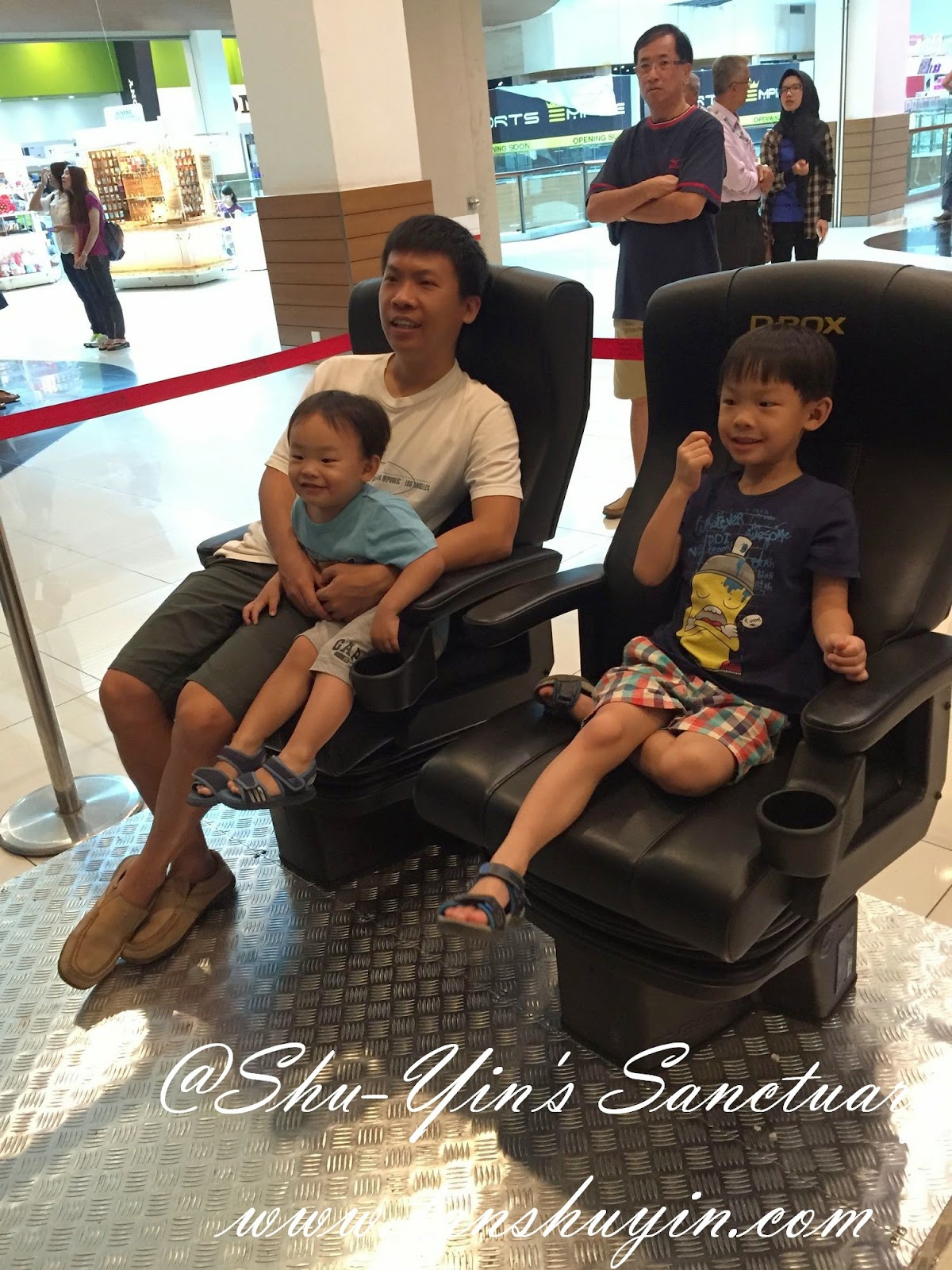 While waiting for Daddy to buy popcorn. 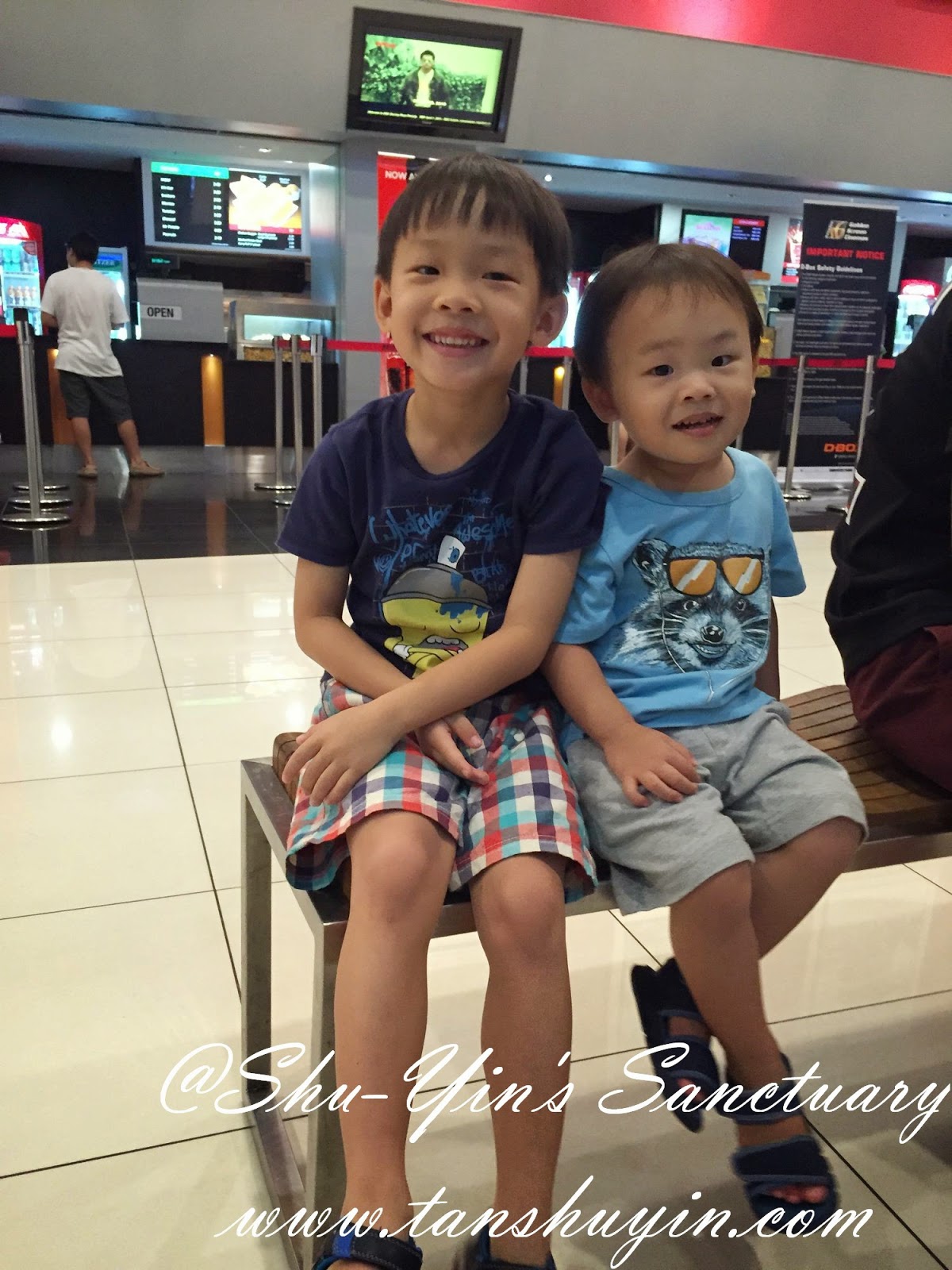 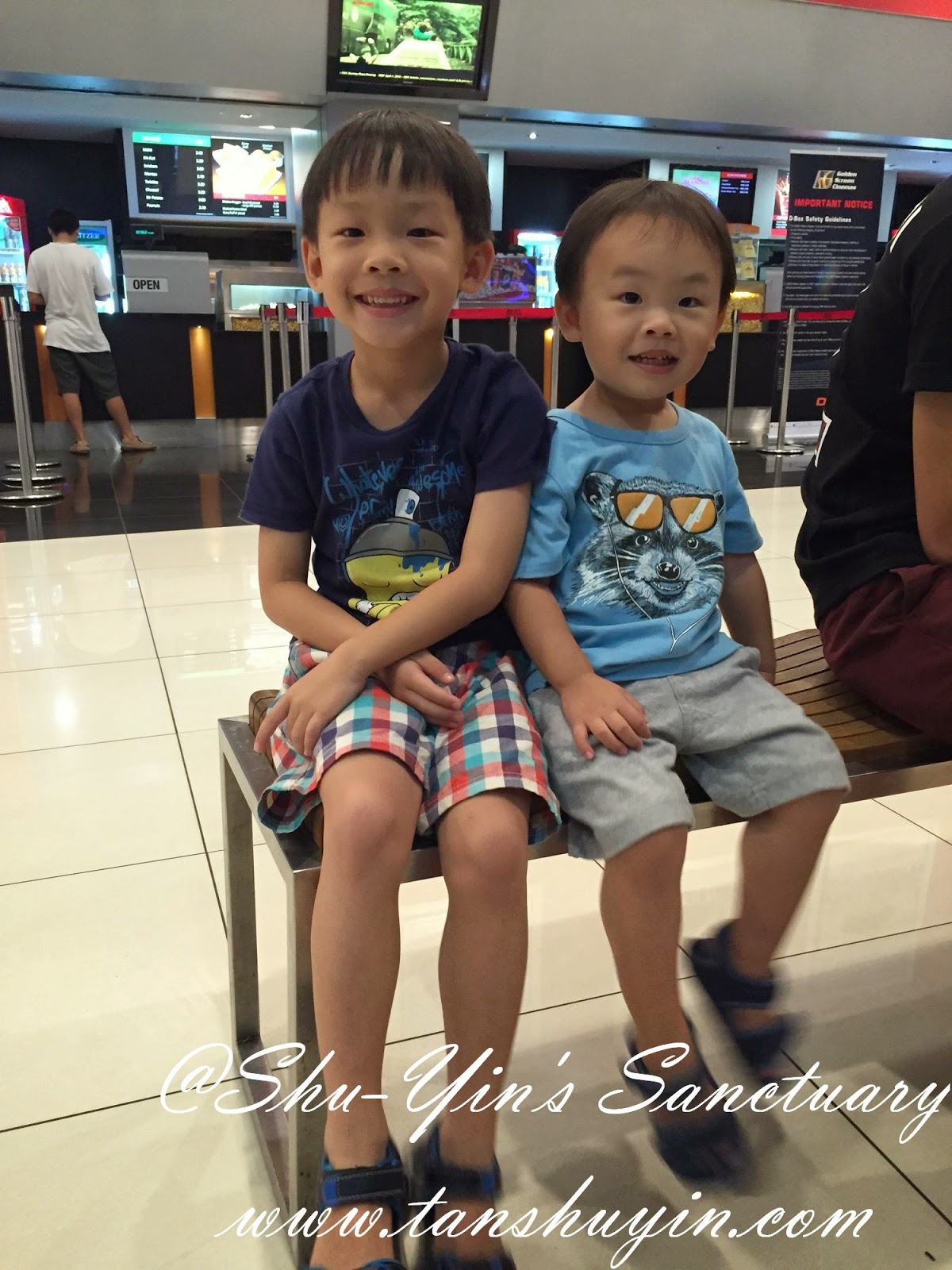 Into the cineplex area... 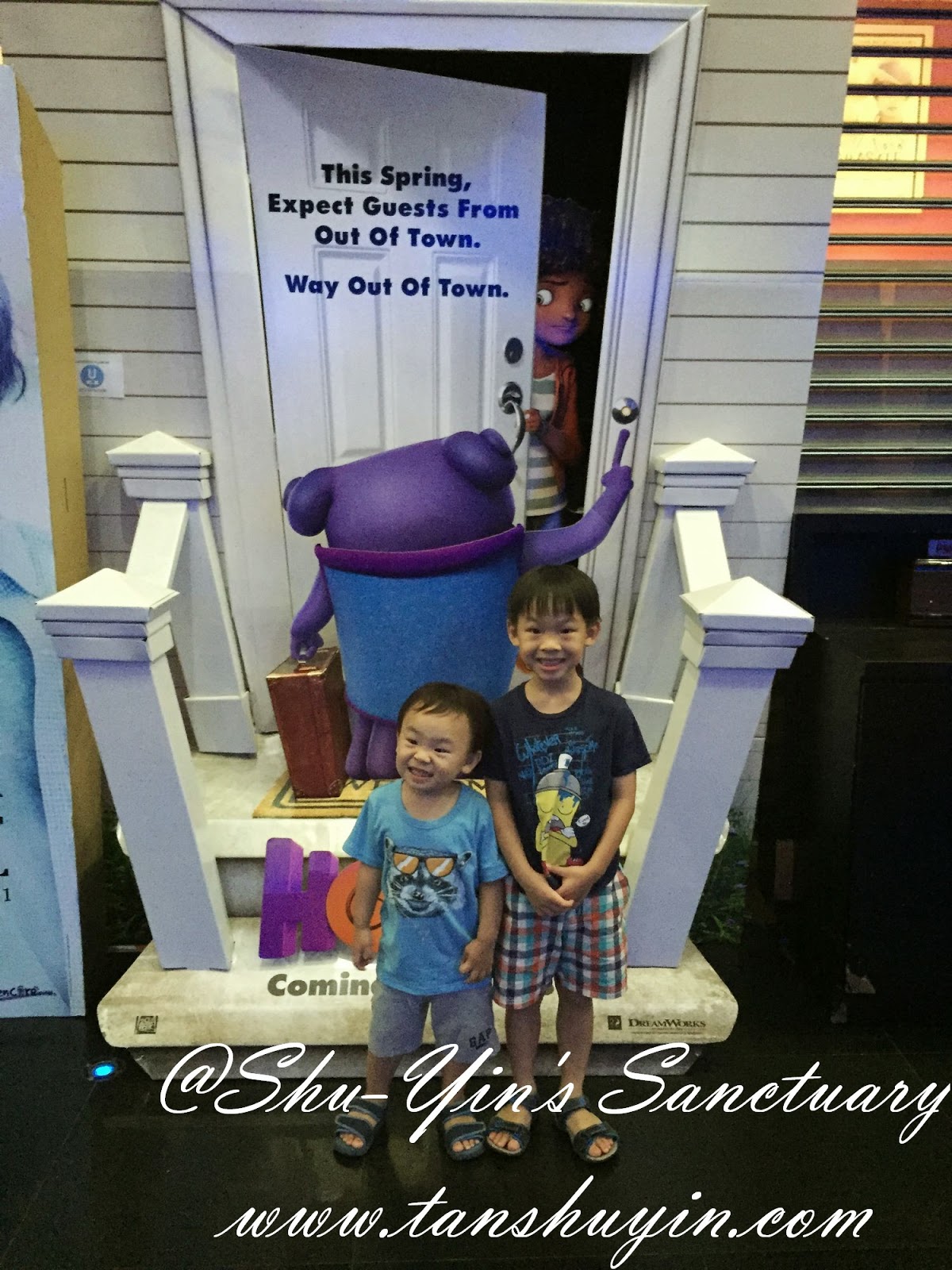 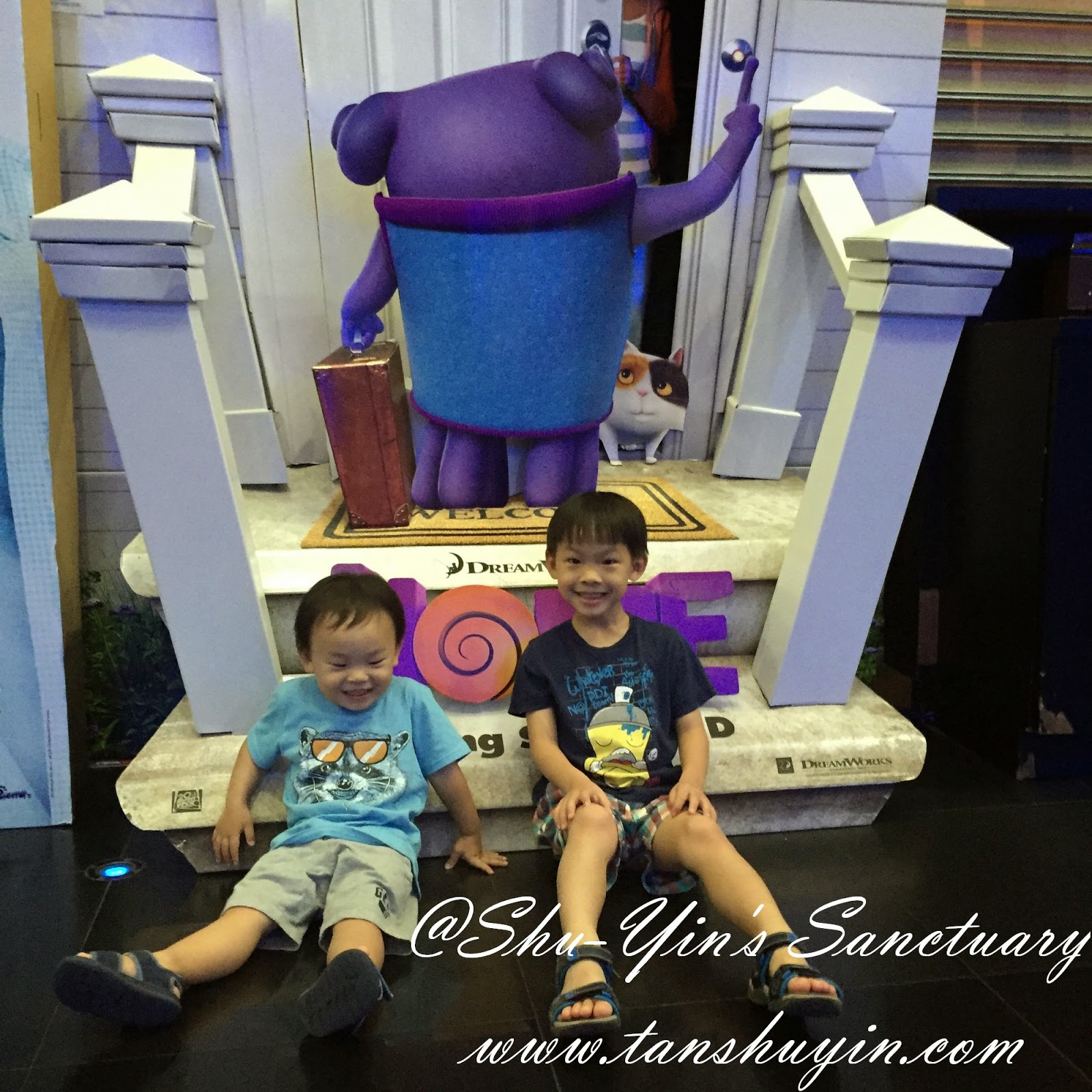 The kids sharing a seat (bought a child seat ticket for Shern, and Khye's free).
Khye tried the popcorn and hated it and puked it all out. He just drank the iced milo. 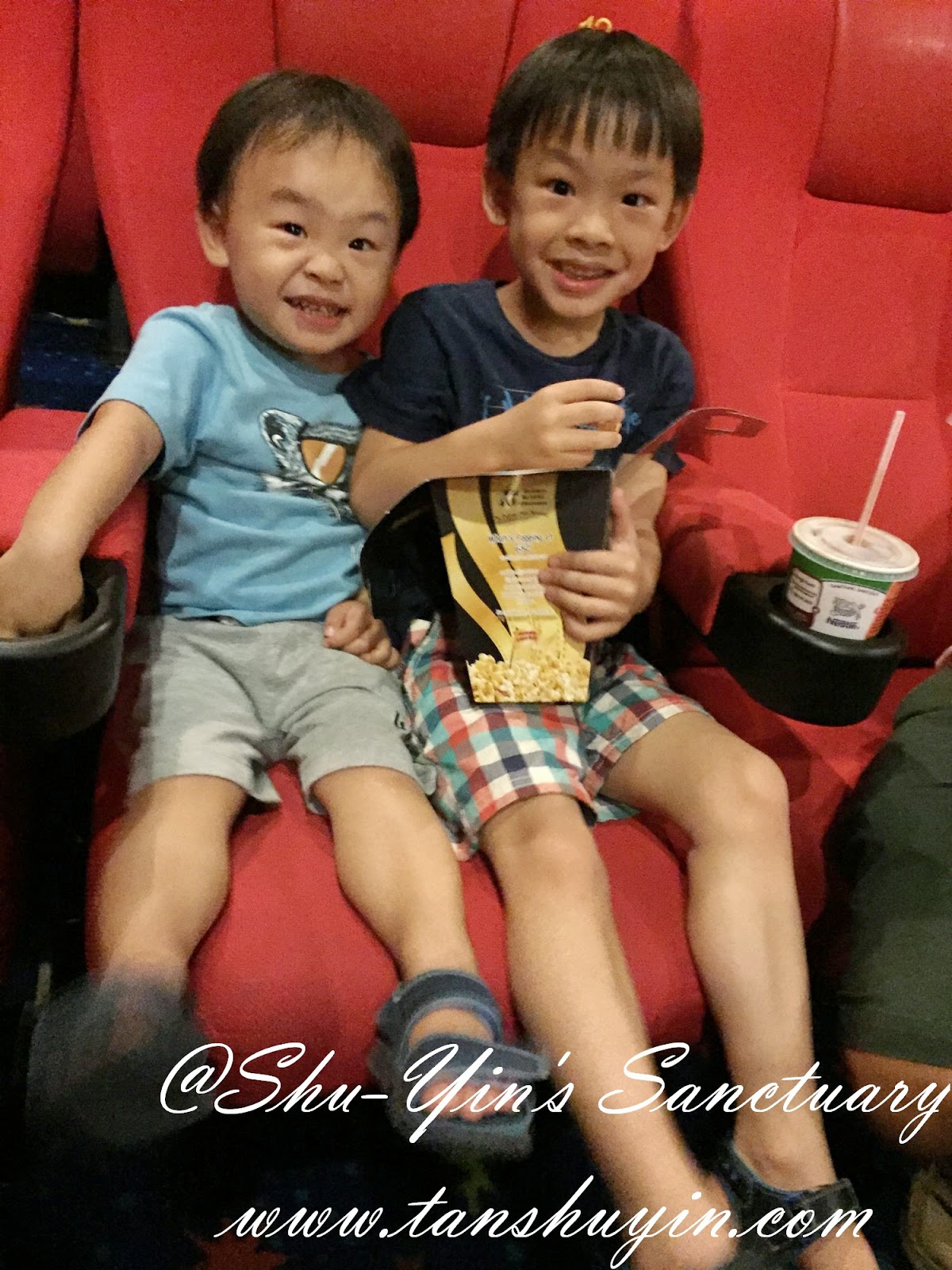 So how was it?
Well, Khye was behaving quite well, though sometimes he forgot to whisper and talked a bit loud.
He sat down and watched the movie for about 45 minutes, and he even loughed with the rest of the people.
After 45 mins, he got a bit restless as it was also his naptime. So I told him to tell me if he wants to sleep. So he says 'oi oi and nen-nen'. Haha. I gave in and nursed him to sleep in the cinema.

He woke up when the movie ends, and I asked him 'is the cartoon movie nice?'. Khye answered 'nen-nen nice!'. What a cheeky boy indeed.

Well, compared to his brother who only went to the cineplex at 4yo, Khye behaved really well and the fact that he did not make any fuss is good enough for me. And also thanks to the power of breastfeeding! ;D