Just like previous years, we took Shern to watch the New Year Eve fireworks display at Straits Quay. We did not bring Khye there as he was fast asleep at that time and the loud bangs would only startle him and he is really to small.

Shern was such a good boy that night. No tantrums, and just his silly and mischievous self.
That's him posing underneath the mistletoe, together with Yee-pho. 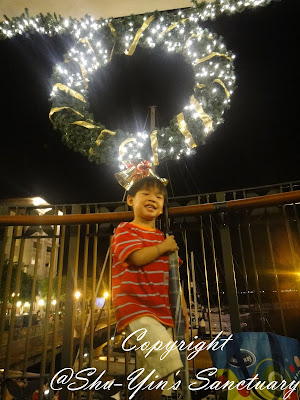 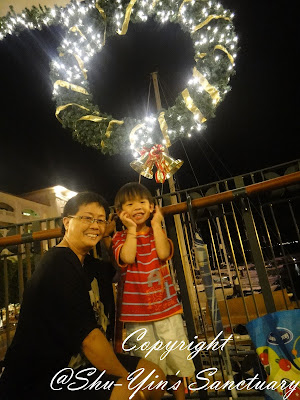 And that is him asking his photo to be taken while he saluted. Haha. The way he saluted was damn funny. 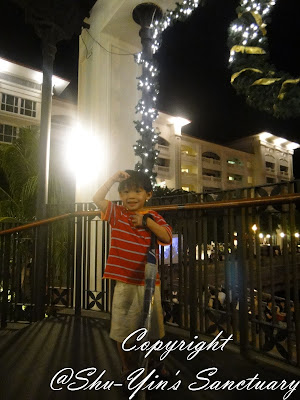 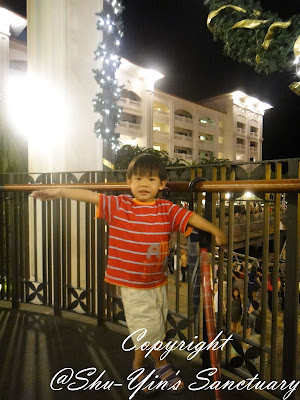 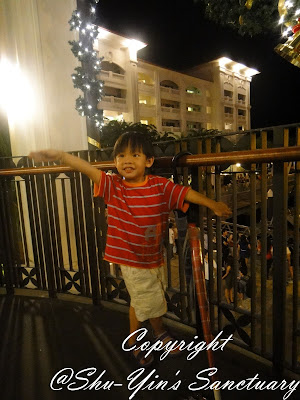 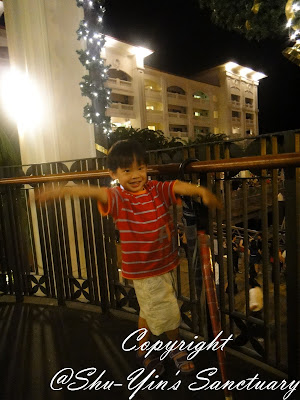 I brought along an empty notebook and a pen for him to doodle and to do some writing and drawing. Shern likes writing these days, especially the alphabets and numbers. He is getting quite good at it compared to months ago when he couldn't even hold a pencil properly.

But we were there since 10.45pm, and by 11.30pm he grew a little restless and asked for my phone. So Shern was playing with my iPhone. 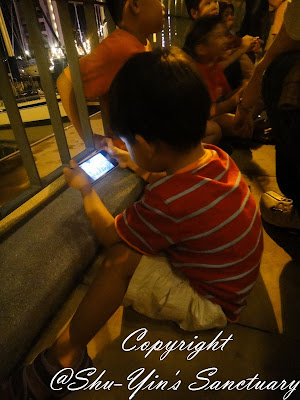 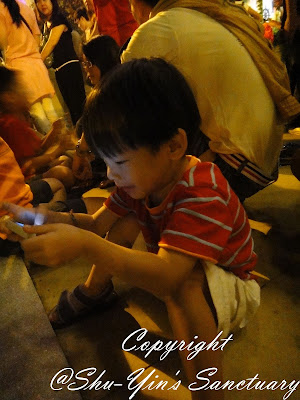 That was our little spot while waiting for the fireworks display. 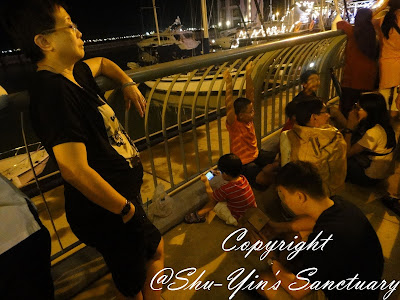 That was the crowd at Straits Quay at about 11.30pm. 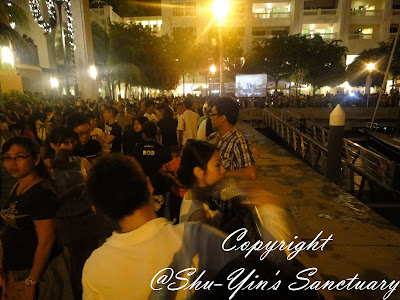 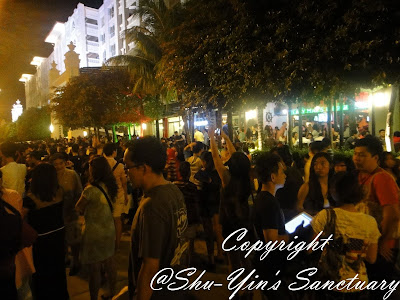 Hubby carried Shern so he could be nearer to the sky! :D 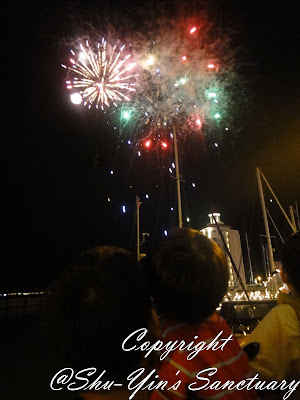 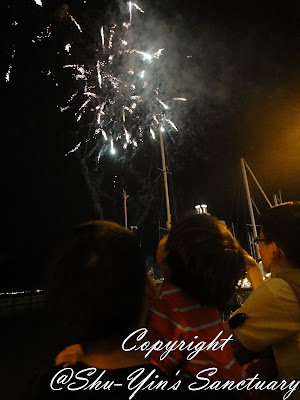 These are some of shots I took using point-and-shoot. No editing. Too lazy. But they are beautiful too. The point-and-shoot cam takes better photos than my iPhone4 which always make the fireworks display looks like they are on fire. Haha. 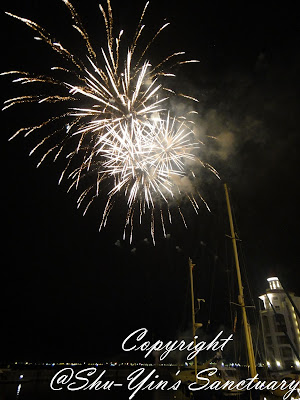 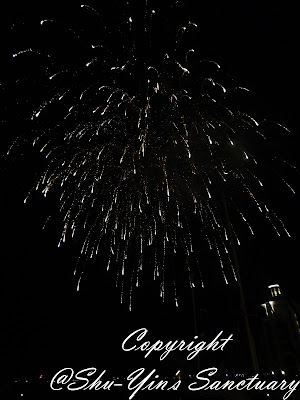 Love the water reflection of the fireworks. 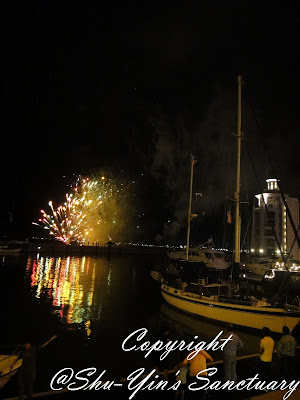 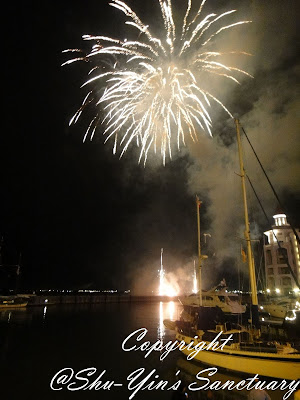 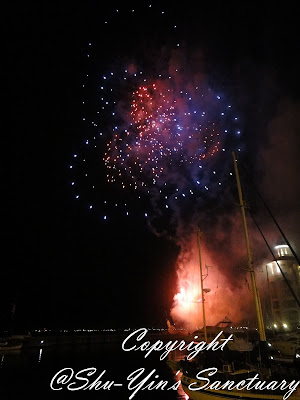 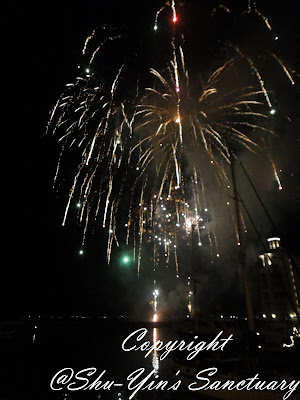 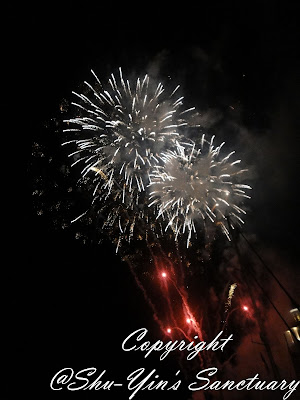 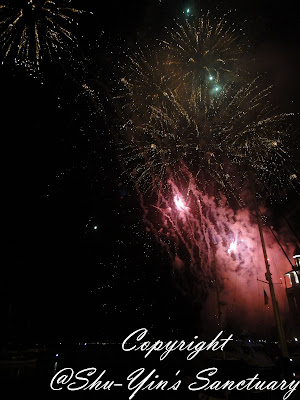 And this is how Shern looks like after the fireworks display. Ecstatic! 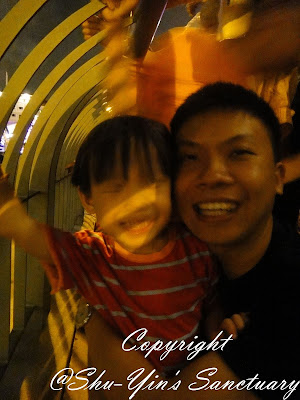 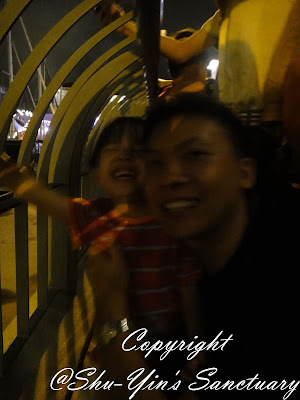 Email ThisBlogThis!Share to TwitterShare to FacebookShare to Pinterest
Labels: 3 of Us, Festival / Travels / Sights, Lim Yiu-Shern