Flinders Street Station is the central railway station of the suburban railway network of Melbourne. It is a cultural icon, and is used in imagery to represent the city.

It is one of my favourite buildings in Melbourne. It gives me a wave of familiarity when I see it.
It was the station I always get off the tram when I reached the city, back then when I was studying in Melbourne in 2003.

I managed to snapI photos of the building during the day, just after sunset, and at dusk. Although just using my point-and-shoot, I think they came out very pretty.

When Melbournians tell you "I'll meet you under the clocks', they mean here - the rows of clocks below the main entrance.
In fact, we did actually used this as a meeting place when we met up with friends in Melbourne. 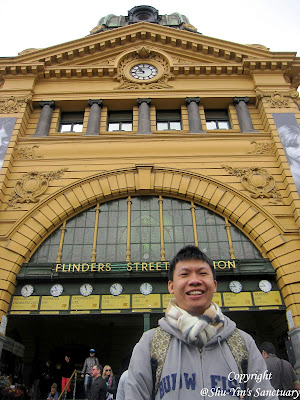 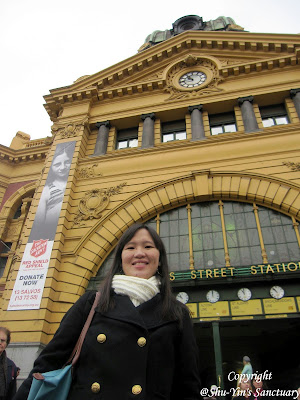 This is the side of the Station, with the Elizabeth Street Clock Tower near the end of the building. 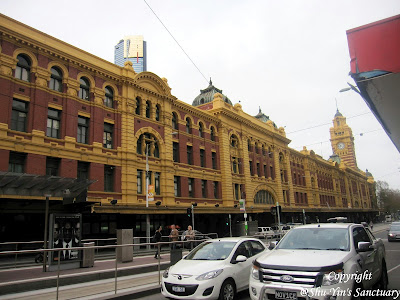 Another photo of the building at night. 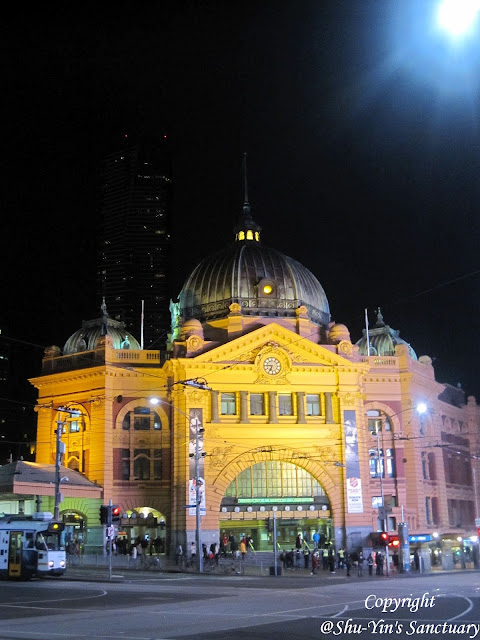