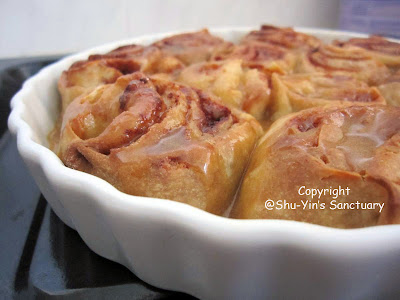 20 November 2010 - Cinnamon Rolls
This is the 2nd recipe from The Pioneer Woman I've tried baking. But sad to say, these Cinnamon Rolls, although looks good and taste good, is not that successful.
Reason being? My dough did not proofed as much as I would like it too.

It did proofed but did not double its size as the recipe says. Maybe I should have waited longer than the recommended time. Or maybe because my yeast was inactive? (It shouldn't be. It's a new bottle!). Or maybe my water temperature was too hot? Or not warm enough? Aiks...I would never know why.

Once I saw that my dough did not double its size, I knew it would be a failure. But I continued on anyway. I do not want to waste the ingredients, and furthermore, I just told my family that in a few hours' time, they would have Cinnamon Rolls for snacks!

So I continued the next step of adding flour, baking powder, baking soda and salt into the mixture. 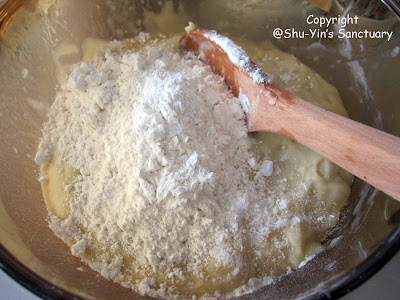 Then form the dough on your floured surface. 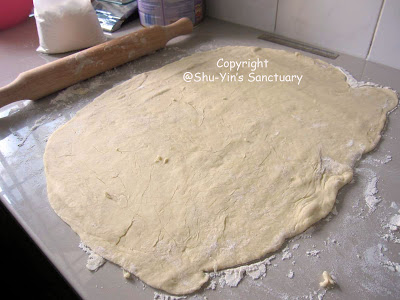 Sprinkled melted butter, cinnamon powder and sugar on it. 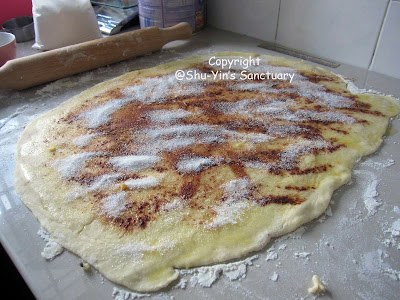 The rolling of dough process. Oopss, I could not keep it tight. 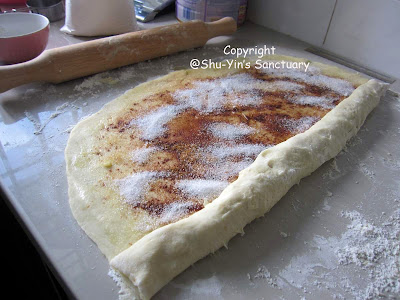 My cinnamon rolls unbaked on two buttered pans for another round of proofing before putting them into the oven. 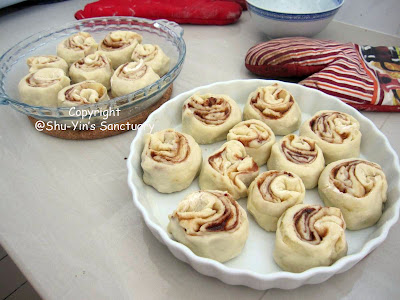 Once in the oven, I started making the maple frosting. 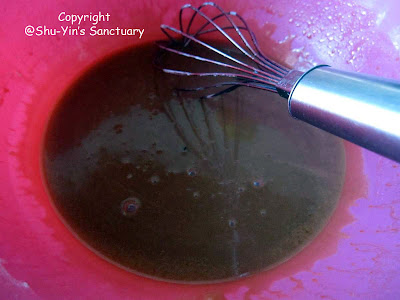 My first pan of cinnamon rolls out from the oven. 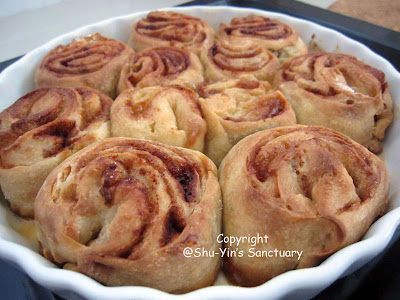 Drizzled the maple icing generously over the warm rolls. 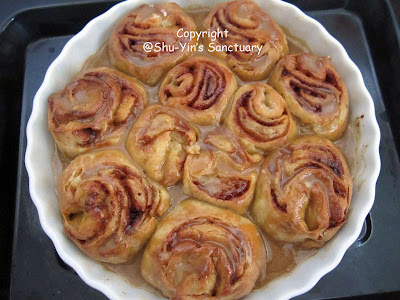 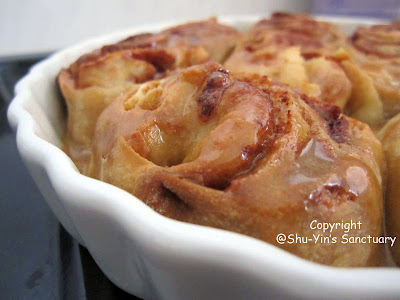 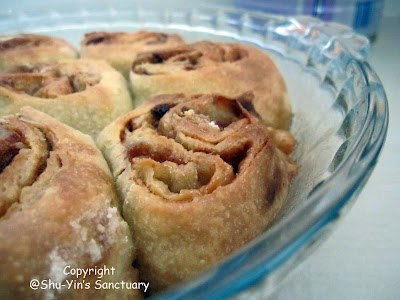 With a generous amount of Cinnamon Frosting. 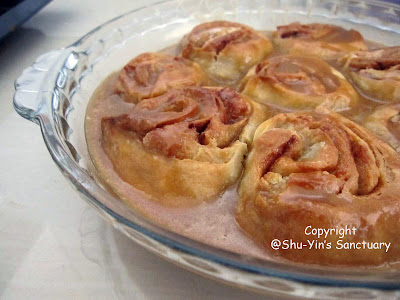 My Cinnamon Rolls did not have bread-like texture. In fact, it was a cake-like texture. And although Ree Drummond a.k.a Pioneer Woman recommended for a generous amount of maple frosting, I think the next time I try it again, I would reduce them.

But according to my family, although the frosting was sweet, it was nice. They like the coffee-infused maple flavour.

And guess what? My whole family finished up the two plates of Cinnamon Rolls. So even failed attempts bakes don't last long in my family. They gobble up everything! Haha

Mix the milk, vegetable oil and sugar in a pan. Scald the mixture (heat until just before the boiling point). Turn off heat and leave to cool 45 minutes to 1 hour. When the mixture is lukewarm to warm, but NOT hot, sprinkle in both packages of Active Dry Yeast. Let this sit for a minute. Then add 8 cups of all-purpose flour. Stir mixture together. Cover and let rise for at least an hour.

After rising for at least an hour, add 1 more cup of flour, the baking powder, baking soda and salt. Stir mixture together. (At this point, you could cover the dough and put it in the fridge until you need it – overnight or even a day or two, if necessary. Just keep your eye on it and if it starts to overflow out of the pan, just punch it down).

When ready to prepare rolls: Sprinkle rolling surface generously with flour. Take half the dough and form a rough rectangle. Then roll the dough thin, maintaining a general rectangular shape. Drizzle 1/2 to 1 cup melted butter over the dough. Now sprinkle 1 cup of sugar over the butter followed by a generous sprinkling of cinnamon.

Now, starting at the opposite end, begin rolling the dough in a neat line toward you. Keep the roll relatively tight as you go. Next, pinch the seam of the roll to seal it.

Spread 1 tablespoon of melted butter in a seven inch round foil cake or pie pan. Then begin cutting the rolls approximately ¾ to 1 inch thick and laying them in the buttered pans.

Repeat this process with the other half of the dough. Let the rolls rise for 20 to 30 minutes, then bake at 375 degrees until light golden brown, about 15 to 18 minutes.

For the frosting, mix together all ingredients listed and stir well until smooth. It should be thick but pourable. Taste and adjust as needed. Generously drizzle over the warm rolls. Go crazy and don’t skimp on the frosting.