It has been a week in a blink of an eye.
4 days at the hospital, and 3 chaotic days later at home, Vern is one week old. How time passes us by!

This was how Vern looked like on the day he was born. 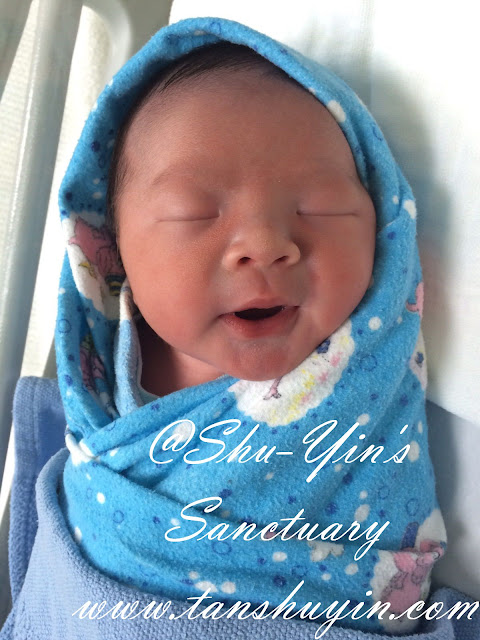 With his wrinkly feet and all, he was too adorable. Well, all mothers say this of their babies I guess. 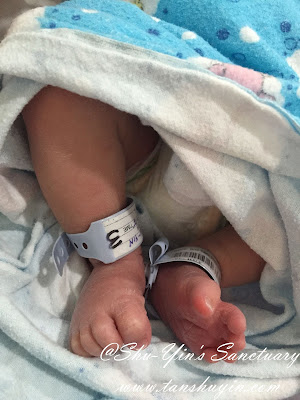 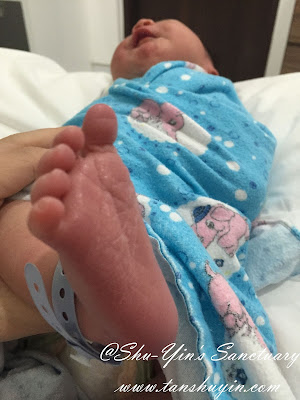 Managed to capture Vern with his eyes open on his first few days. 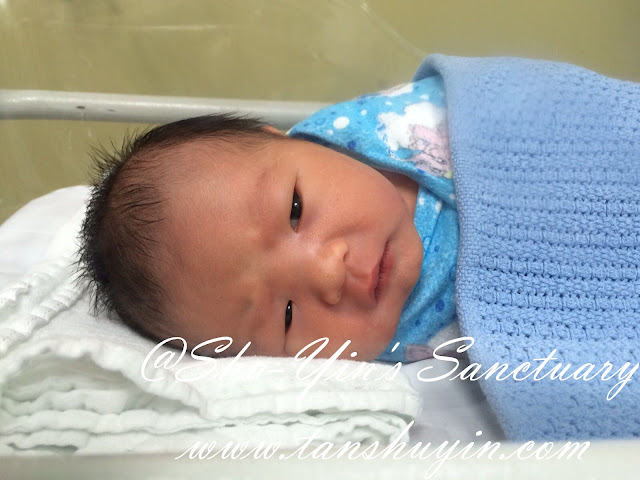 Breastfeeding
Vern immediately knew how to latch on straight after birth. He latched on well and started suckling on my breasts, enjoying all the goodness of the colustrum on Day 1 itself.

This is the first photo of me and baby Vern, with him suckling on my breasts contentedly.

I delivered Vern at night so when my mum and sis came to visit me straight after my delivery, it was nearly 11pm. So they only brought Shern to the hospital as Khye was already asleep.

And so I had some bonding time with Shern, and let the big brother see Vern for the first time. 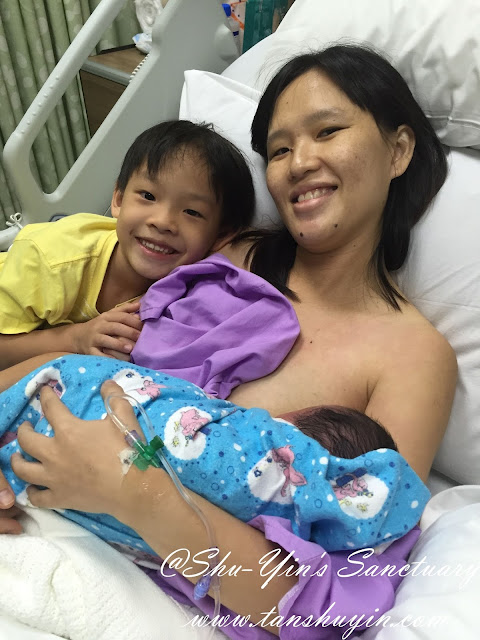 We took a photo together (but without Khye) 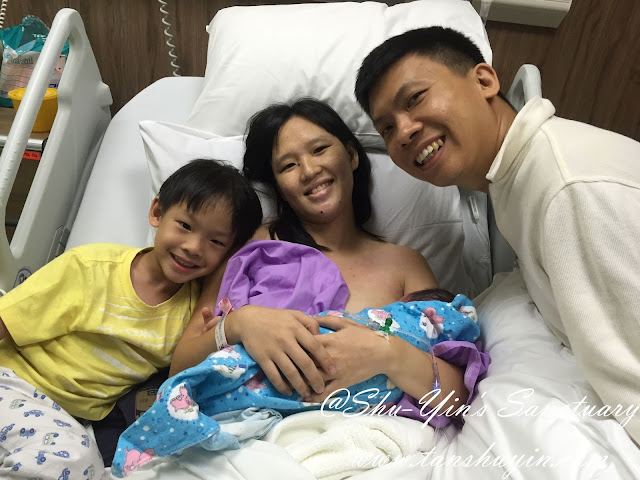 on Day 3, Vern has mild jaundice and at the same time, my breasts were so engorged it hurt so badly. Maybe that was also the reason Vern didn't get much milk from my engorged breasts.

And so he was being put on photo/light treatment for the night so if his level goes down, he could be discharged the next day as per schedule.
Luckily his bilirubin level reads 152 (lower than 170) so he got to go home together with me. It was joyful indeed to get to go home with my baby. 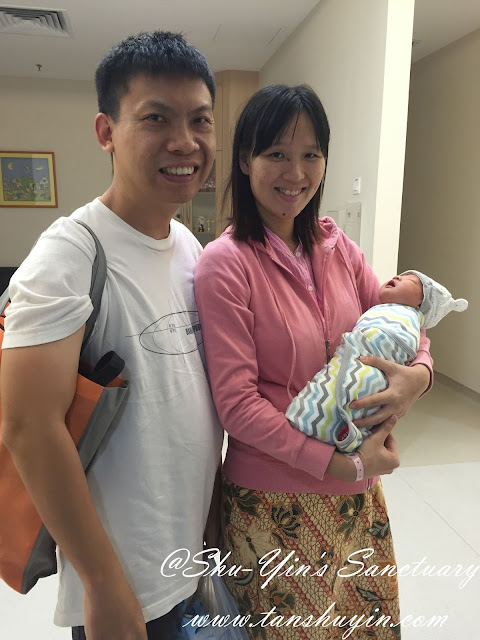 Upon going home we took him to the Klinik Kesihatan to check his bilirubin level and it seems like his level was increasing every day.

On day 5, his bilirubin level went up to 170. Then to 224 on Day 6, and on Day 7, it was 265.
It was then that we decided to bring him back to Island Hospital for a check-up, and as suspected, Vern was admitted back there for photo/light treatment.

Very was a very fussy baby on his first night at home.
He wanted to be carried, and couldn't sleep for long. 15 mins to 30 mins at max. Then he would fussed and cried again.
Mum and I thought 'oh no, here comes another high-need baby just like Shern used to be!'.

But on the second night, he was very good, and he could sleep for 2-3 hours before crying for milk. And during the day he was less fussy too.
Not sure if it is because of his jaundice that he becomes lethargic or he suddenly turned into an angel overnight. :)

In just 1 week, Vern already has many facial expressions. 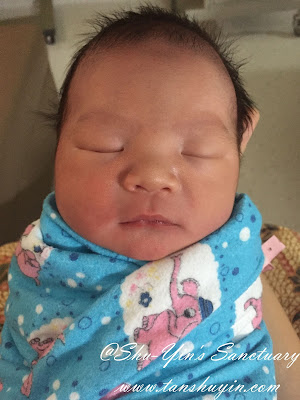 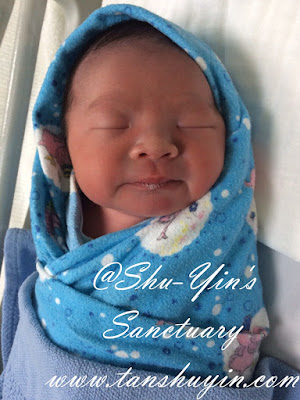 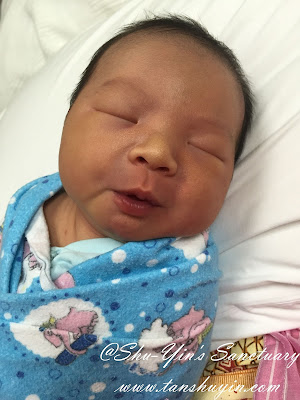 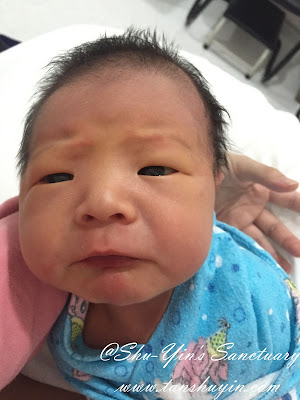 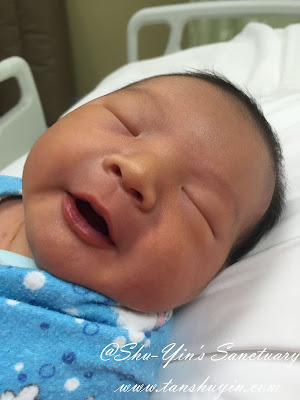 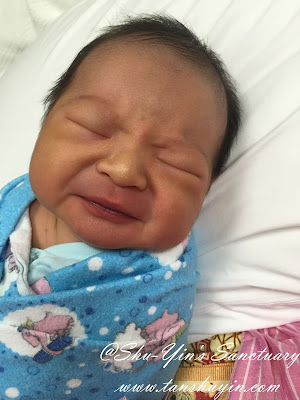 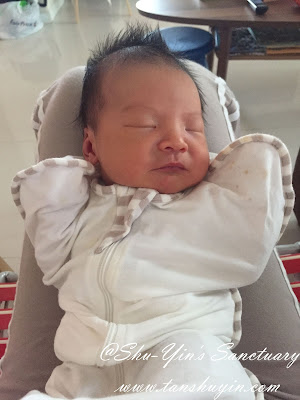 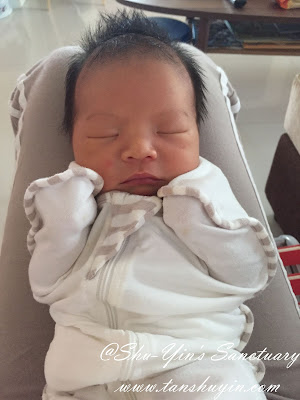 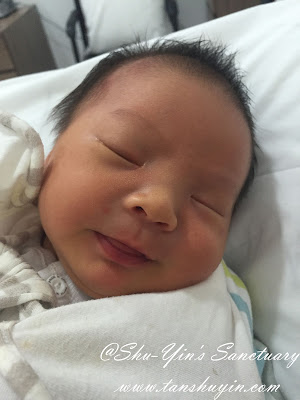 He looks so chubby here from this angle. 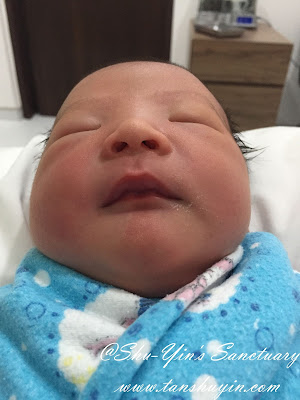 And here he is, all bundled up like a little burrito. :) 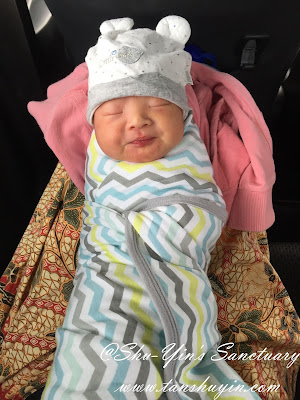 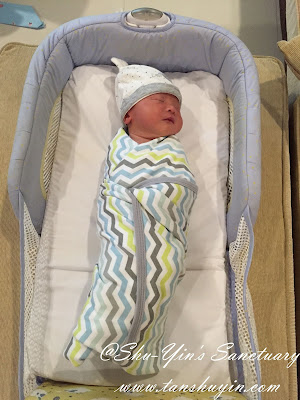 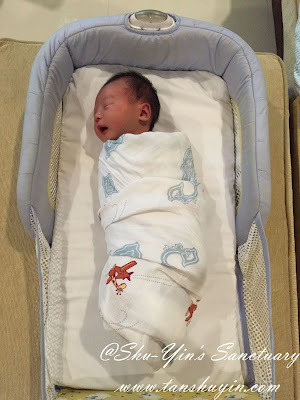 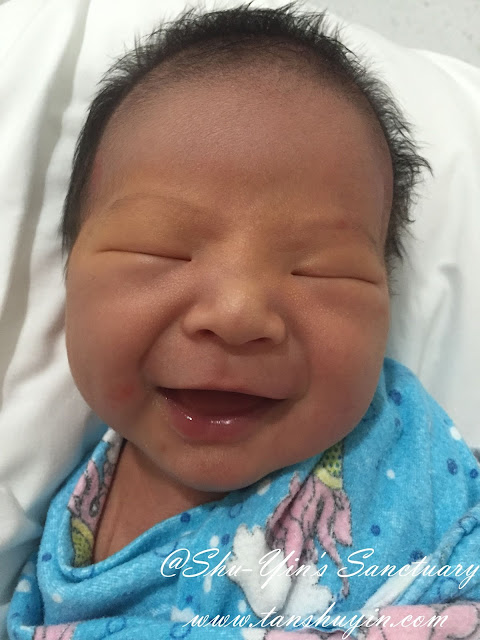 How is Mummy Doing?
This time, I feel that it takes a longer recovery process for my c-sec wound. Maybe because I am now getting older. It hurt more than I could remember when I tried to stand up and walk the next morning.

But besides that, I'm feeling good. Hemorrhoid shrank after delivery.
And besides the engorgement which was quite bad initially, but then I got over it now so everything's fine now.
And just like the previous 2 times, mum is my confinement lady. I am so glad for her help, as I wouldn't feel so relaxed if a stranger comes into my home to do my confinement for me.

Here is a selfie I took of myself together with Yiu-Vern. 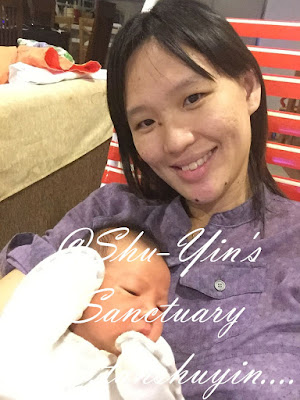