It was Khye's first visit out of the house after a month, and it was a visit to the peds the following day following his fullmoon.

Went to visit Dr. Dan on for his 1 month visit and Hepatitis B vaccination. Khye let out a loud cry for after the jab, but was alright after I carried him.

Told the doctor about his loose stool which I am concerned as it was much more watery and frequent than normal breastfeeding stools. And also his diaper rash gotten worse due to the frequent stools. Stools were a mixture of mustard yellow and green, which is still ok for breastfeeding standard. And I told the doctor I found some blood stain in his stools twice and showed him the photo of his stool which I snapped.

He did not prescribe any meds for the loose stools because he said they are not really diarrhoea. It may be the food I eat, and the baby is just adjusting his hormones to it. And of course I was asked to bring Khye back to see him if it didn't get any better.

As Khye's waking hours are more nowadays, I took out the playmat and he enjoyed lying down there for awhile. He is now interested in things/toys when you waved it in front of him, but his attention span is not that long yet.

After his fullmoon, we brought Khye to visit his God Chor-chor, which is my dad's Godmum. Their age difference is like erm...80 years or so. ;) 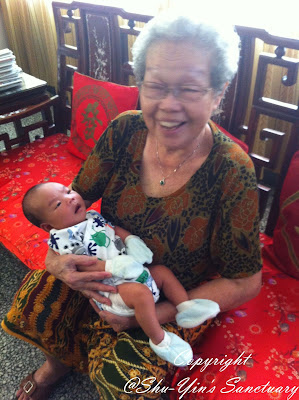 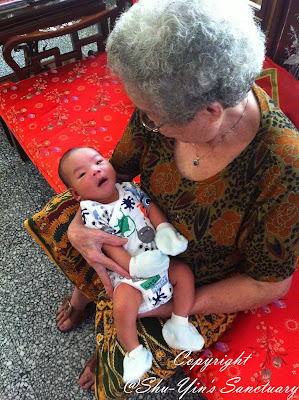 I've brought Khye out for breakfast a few times, to places which are not congested, and clean. Usually, he is asleep in the stroller.

Besides sleeping on his secure sleeper, and in his baby cot during night time, he usually sleeps in the bouncer in the day time, which is airy and bouncy, which he likes. 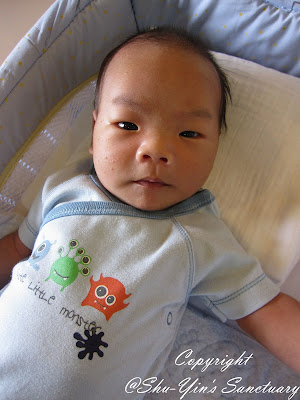 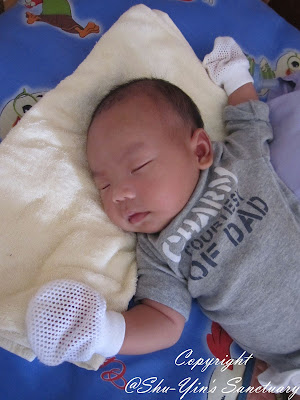 Khye looks so mini on the bouncer. :)

His awake time is usually in the airy bouncer in Pho-pho's house. He likes to do this expression.

And this is the expression he does when he is about to cry. Look at his pitiful face. Haha. 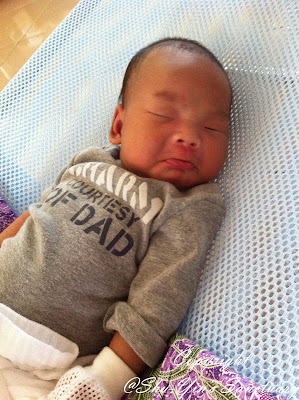 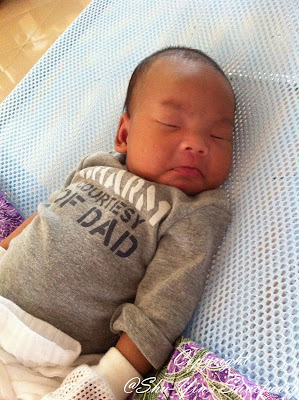 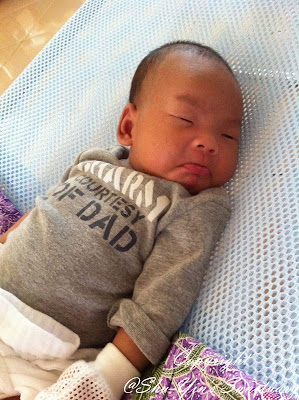 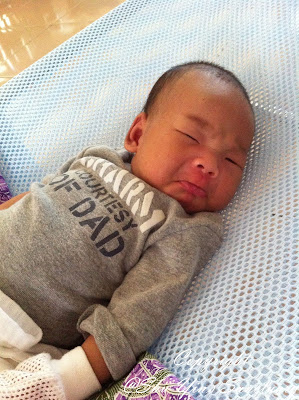