Khye is nursing very well. He is quite clever and could latch on pretty good even on his first day. I'm happy because he should be getting the colostrum he needed on his first few days before my milk kicked in.

In a blink of an eye, Khye is 1 week old. How time flies.
My hefty 3.99 kg baby looks like this on his first day of birth.

We took some family photos at the hospital.

And in just a week, he has got so much facial expressions. 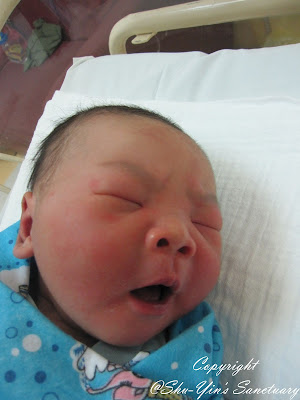 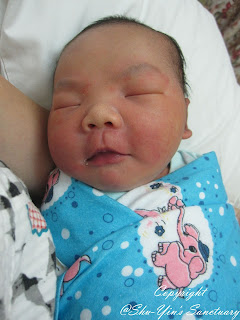 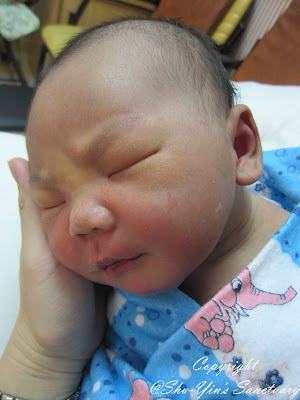 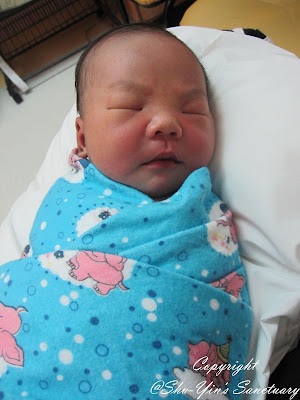 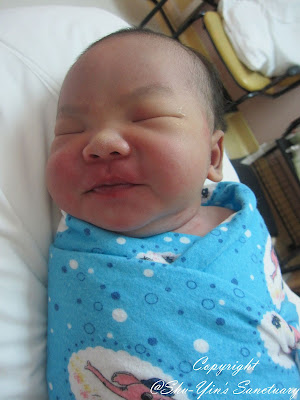 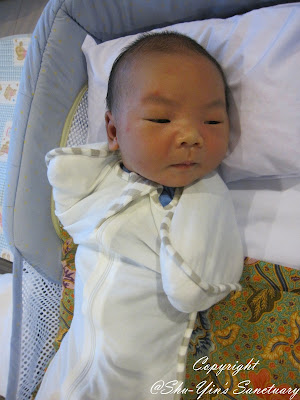 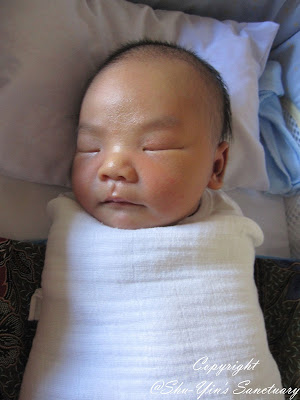 After being under phototherapy for his jaundice, Khye's bilirubin level dropped from 256 to 164. Dr. Dan then announced that he can go home on 19 Sep 2012. We were so rejoiced hearing this. 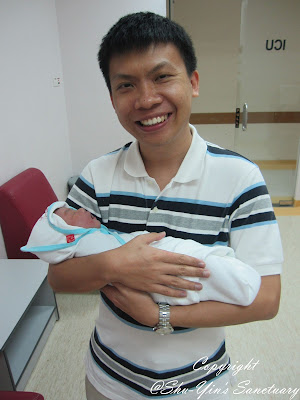 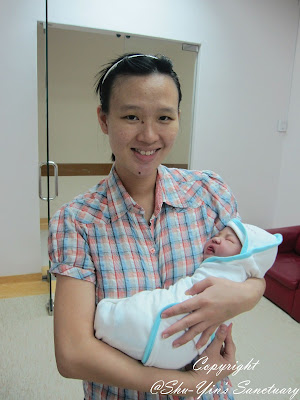 This time around, time passes by more quickly than Shern's time. Maybe because I'm more experience and know what to expect. And I didn't have the post-partum blues like what I had during Shern's time.

I did what I could to minimize the occurrence of the baby blues. I took single-bedded room to get more rest, and also hubby stayed with me to give me support.
With more rest and a positive attitude, I could express more milk. At only Day 5 post delivery, I could express 5oz of milk! I'm so proud of myself!

You're looking really good and from the photos seems like everyone is really enjoying little yiu khye to bits!

(BTW... I think I made a mistake before as I somehow had the impression that your new little one was a girl... sorry about that!)

Yes, loving him to bits.