13 Years Anniversary With a View!


Wishes to my hubby on Facebook early this morning after a morning kiss.

"Dearest Hubby,
Today marks the 13th year since we got together. Many changes from then until now. From us both thin-thin to us now with fat bellies, from staying in an apartment to now our own house, and from just 2 of us to now 4 of us. Our family has grown and we've now 2 adorable boys. You've made me a very happy wife and mother.
Thank you for 13 wonderful years. I love you again and again and again 13 times more!
And Happy 13th Anniversary to us again!"

So since our biggest achievement after 13 years together (erm, since we phak thor) are these 2 kids, so we brought them along for our Anniversary Dinner. (and also the fact that no one's home to babysit them anyway!)

Hubby decided to go to somewhere different. We at first couldn't think of anywhere since we seldom go out for dinner but suddenly hubby thought of the Three Sixty Revolving Restaurant at City Bayview. I've been there once many years ago.
We think it would be lovely and certainly something different for the kids as well.

I called them up and found that they only serve buffet and it's Nonya Cuisine buffet. Hmm, not a kid-friendly cuisine. Read some reviews online and no bad reviews so we decided to try it since we are going there mainly for the atmosphere.

We were blessed with 2 rainbows on the way to the restaurant. 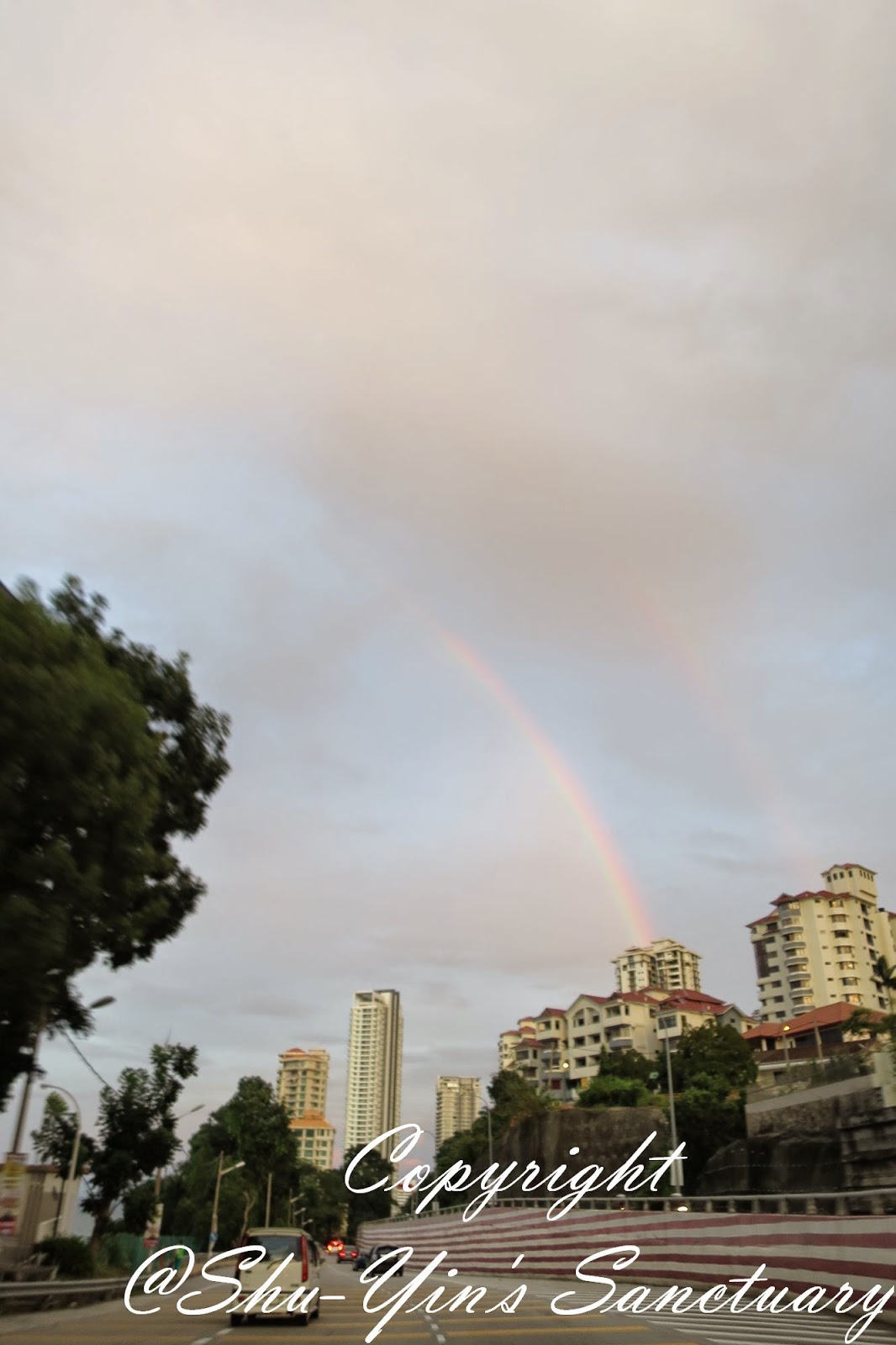 Kids were excited because we are dining at some fancy place.
They were happy and skipped all the way to the restaurant.
And needless to say, they were totally fascinated by the fact that we are revolving!
(And also Shern learns a new word today - Revolving)

Food was good, though not worth the price of RM75++/adult since the buffet spread was lobak, pie tee, nasi tomato, beef rendang, kaya kuih, etc. lol. So no photos taken of the food, and also because the restaurant was dimly lit which we are not so used to. It made me feel sleepy.
But seriously the taste was quite good though.

We had a decent family photo with a gorgeous view behind us. 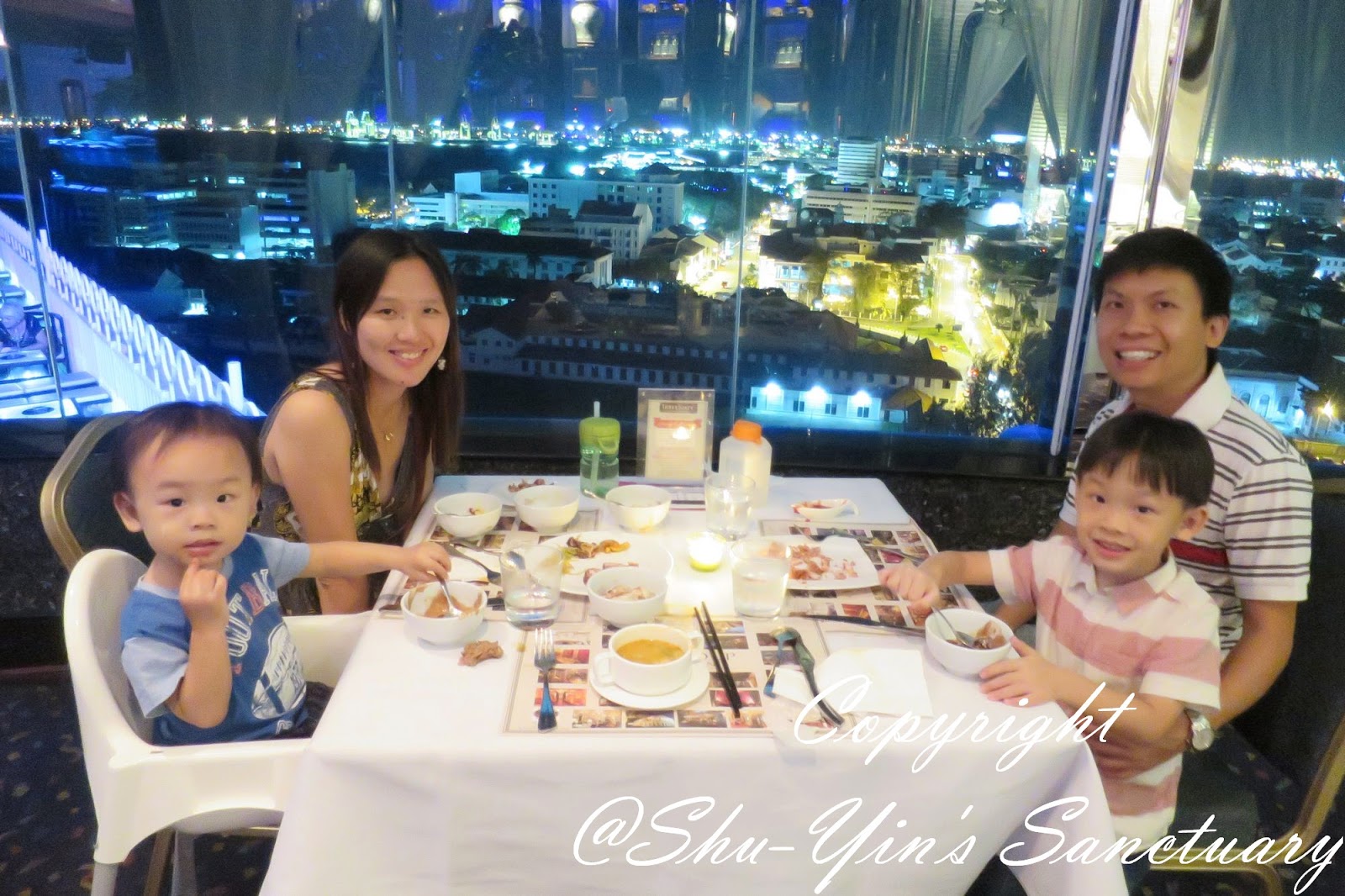 And the kids had so much fun!
They were best friends there, holding hands and hugging each other and playing together near the window just next to our table. 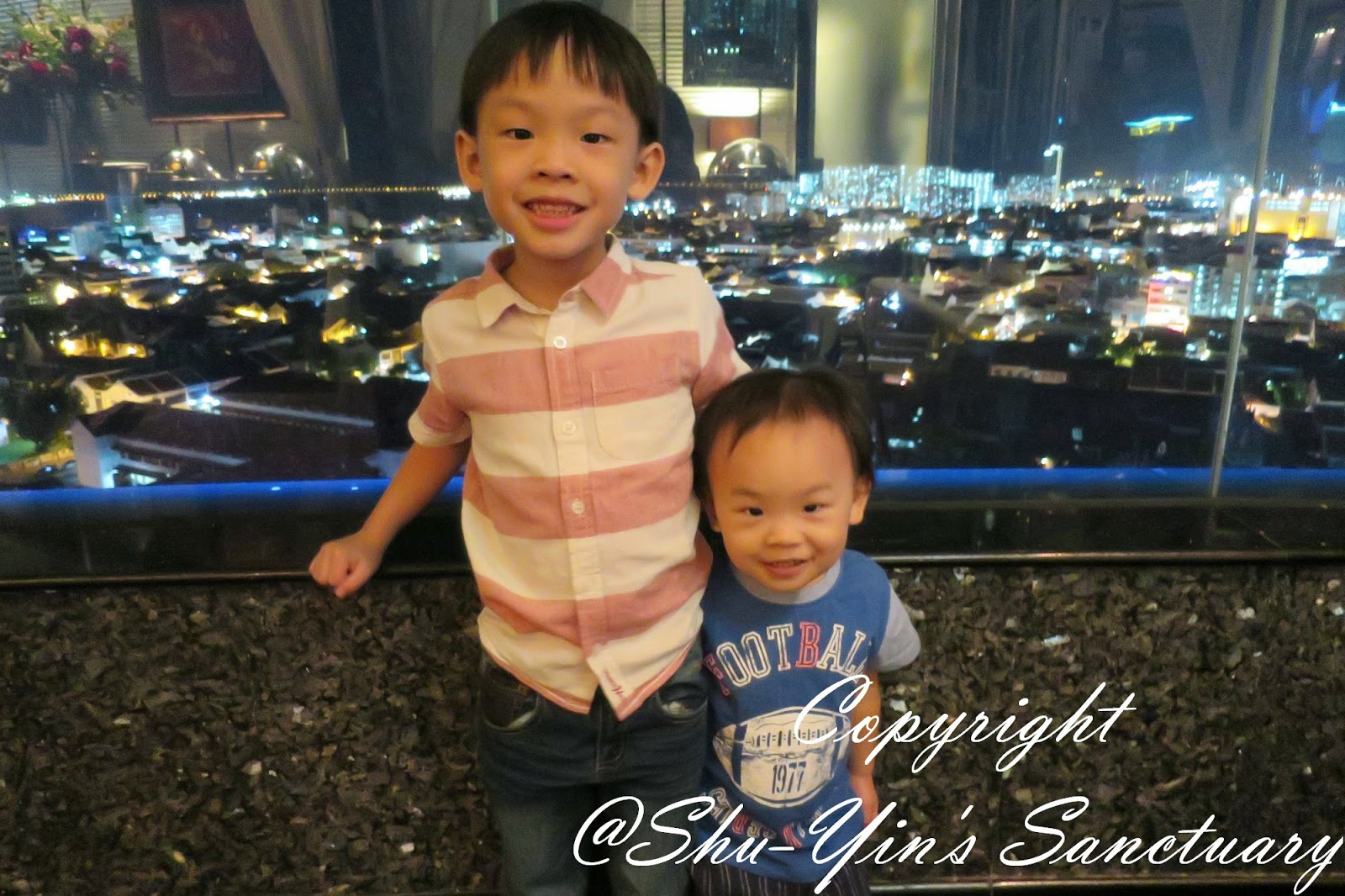 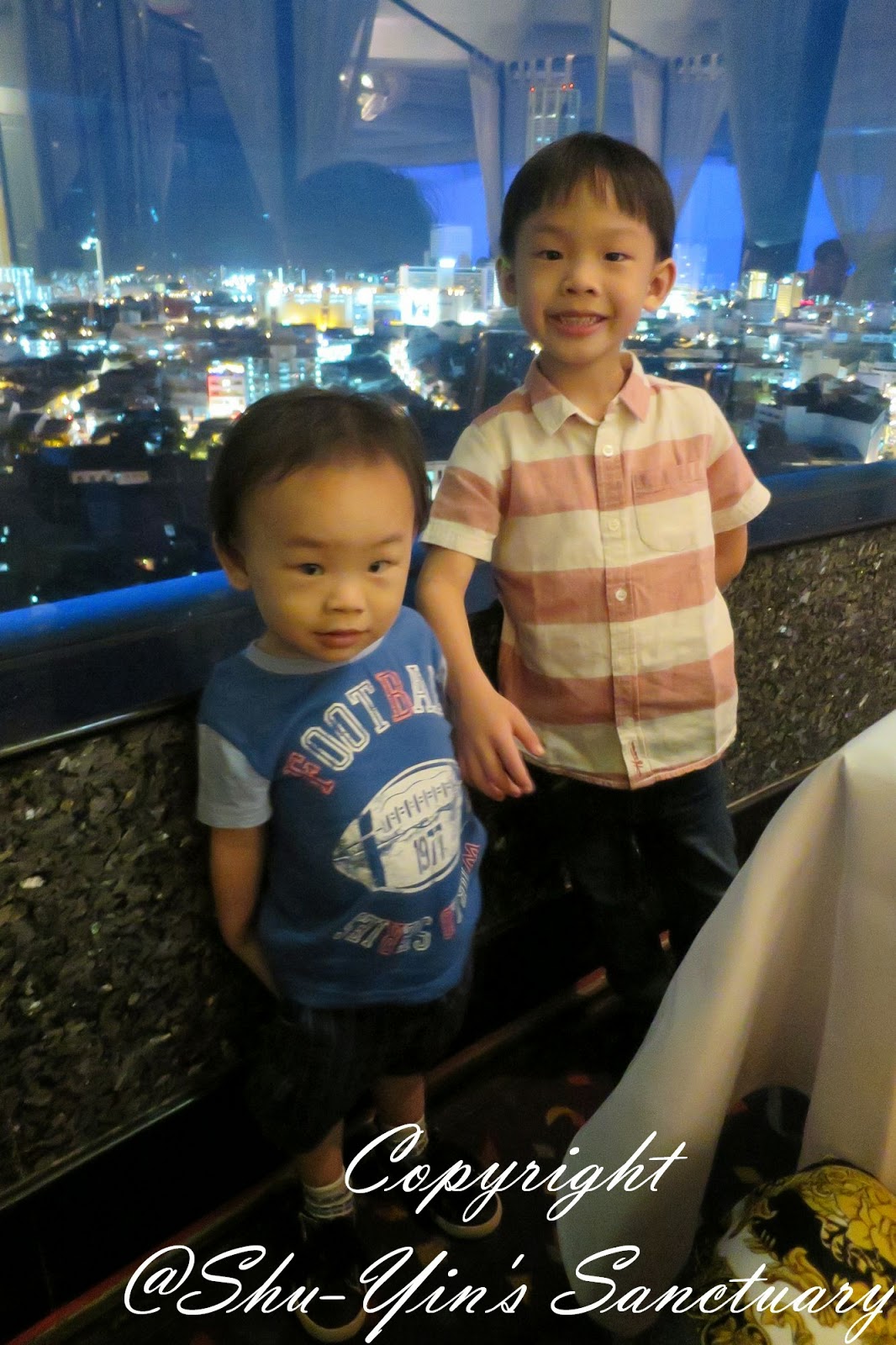 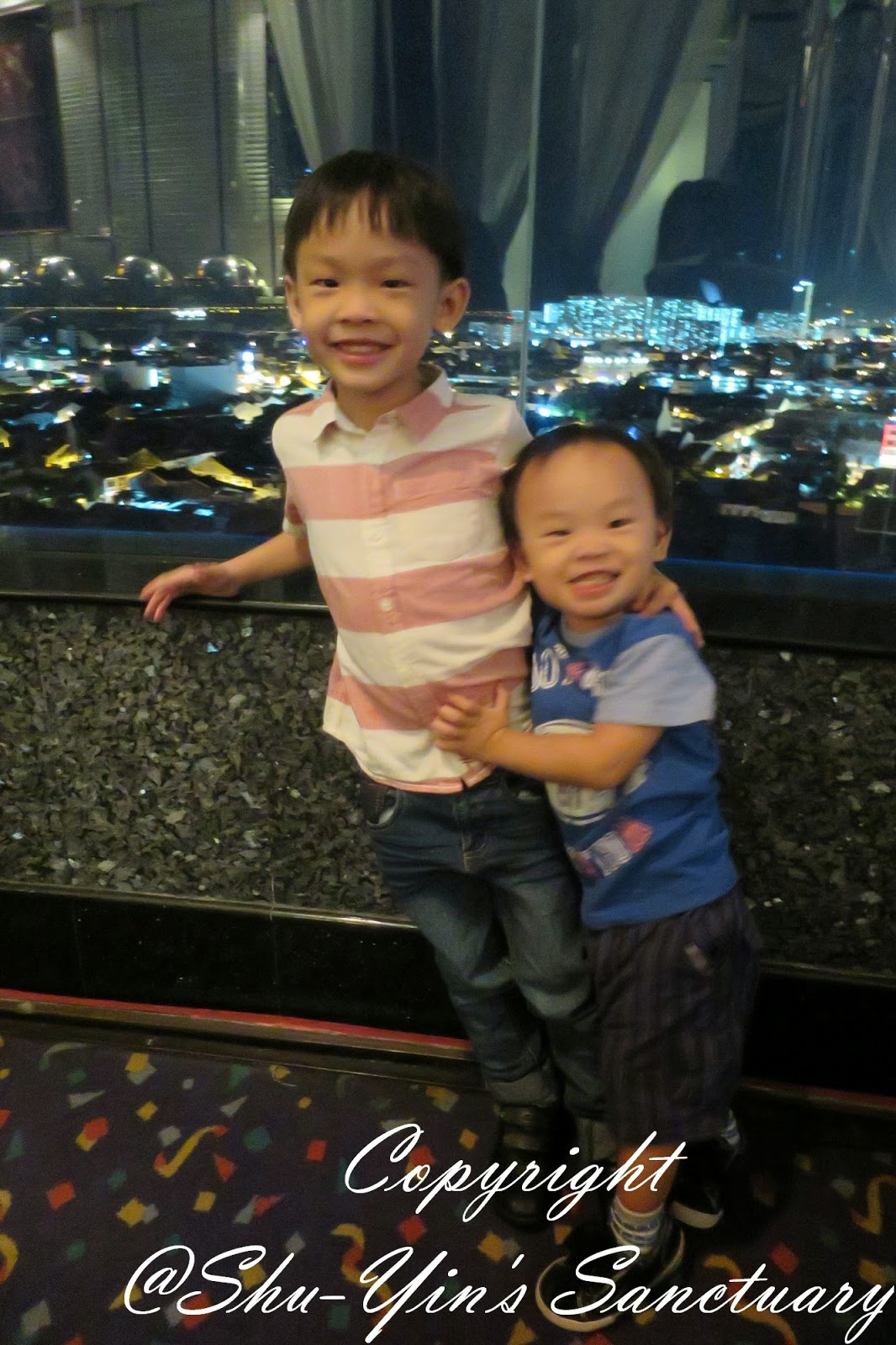 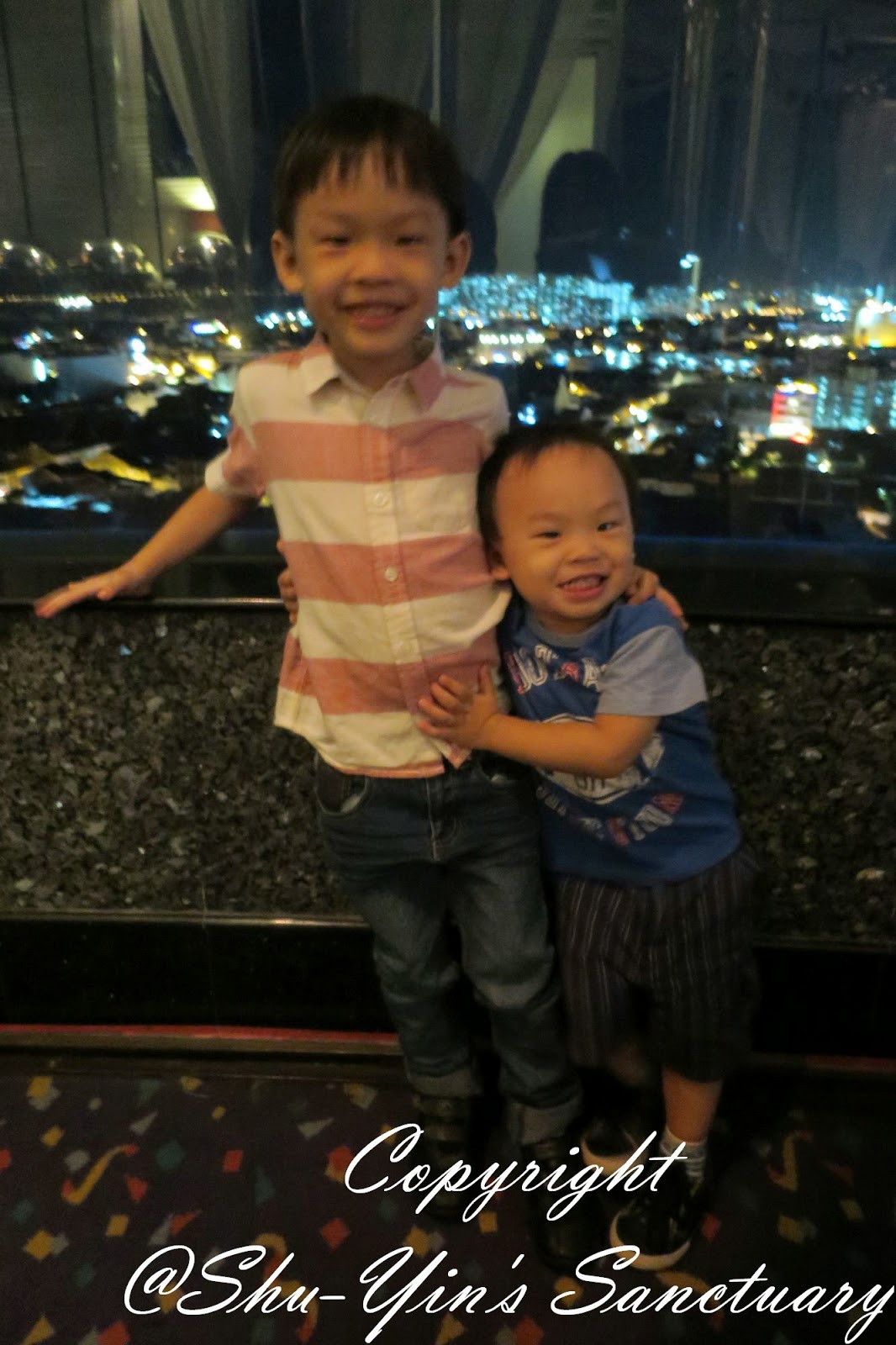 They stood there leaning against the window, and since the inner circle we are standing on was revolving so they tend to lean tilted to one side, leaning until they fell down.
They did that many times, over and over again, giggling everytime they tilted and fell down. This game seemed funny and fun to them.
Sigh....kids will be kids...boys will be boys. 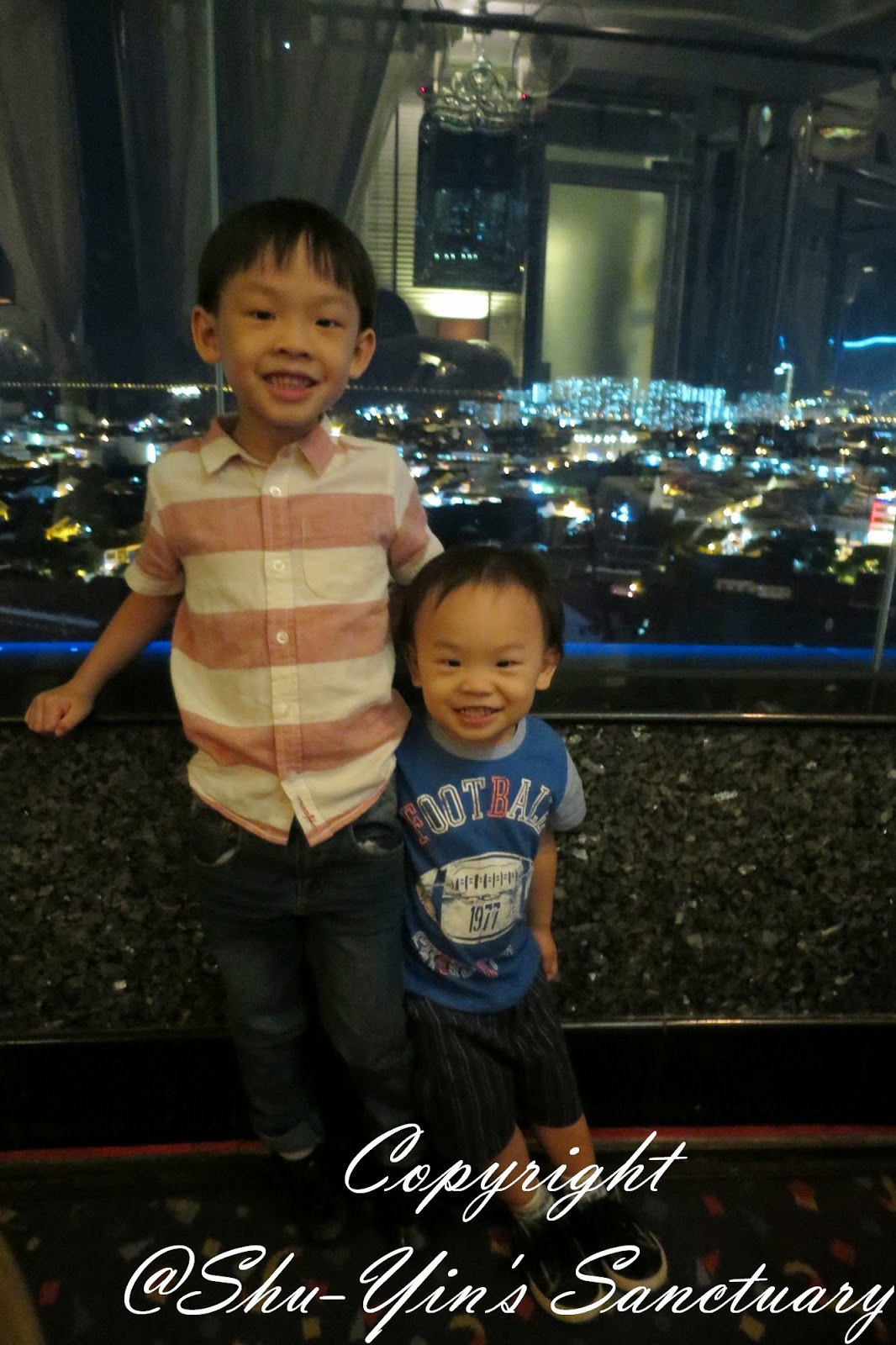 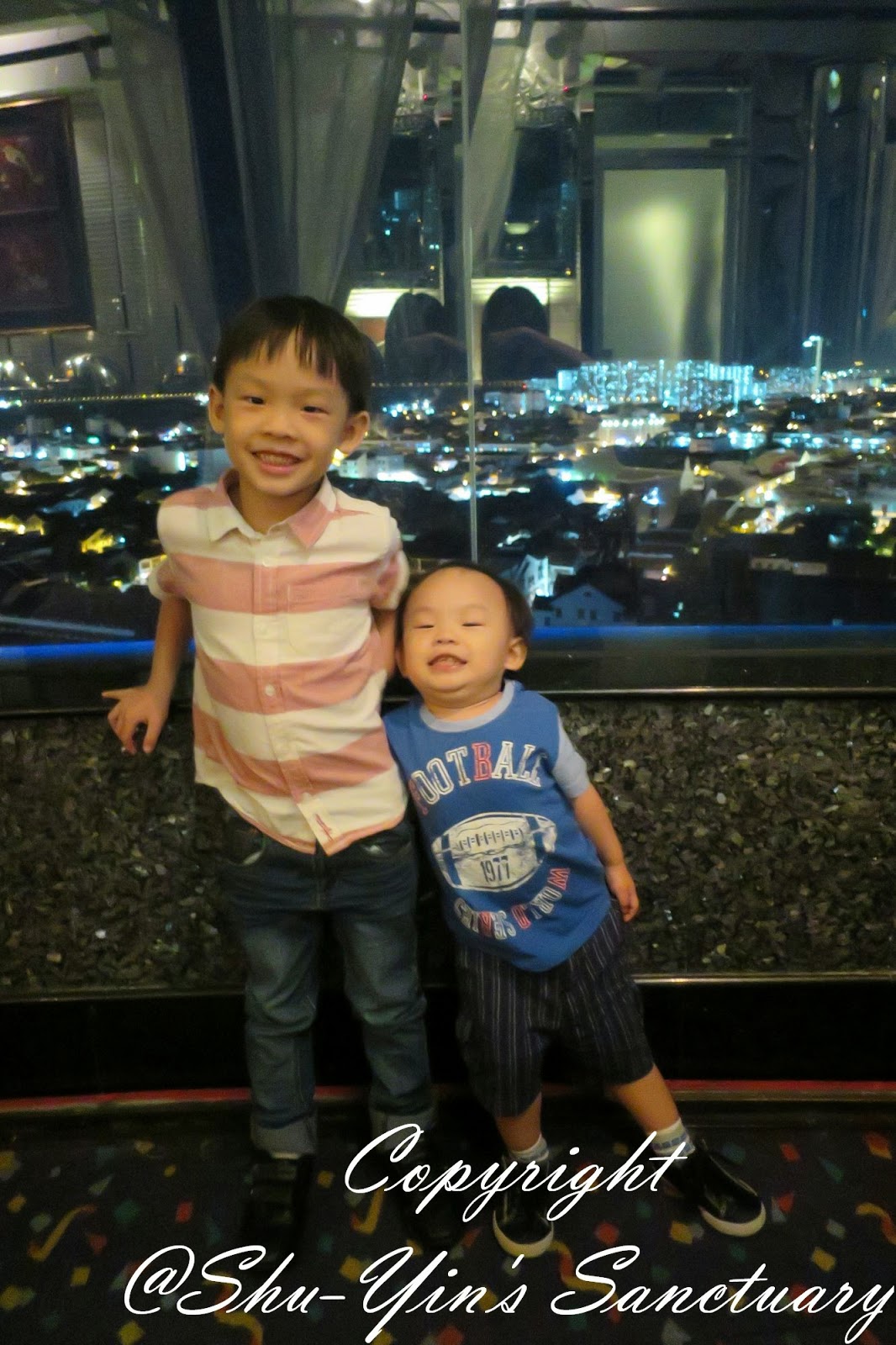 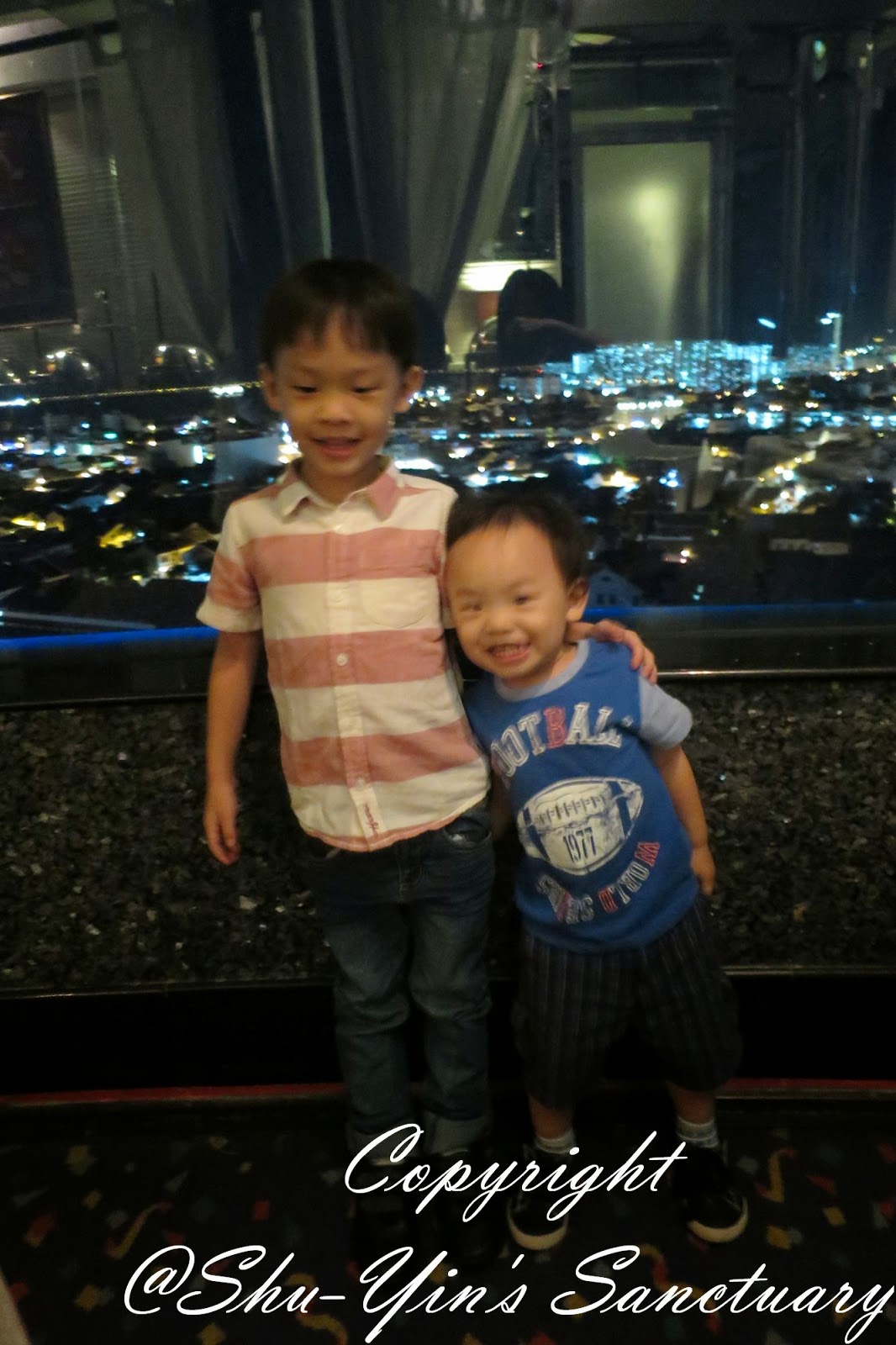 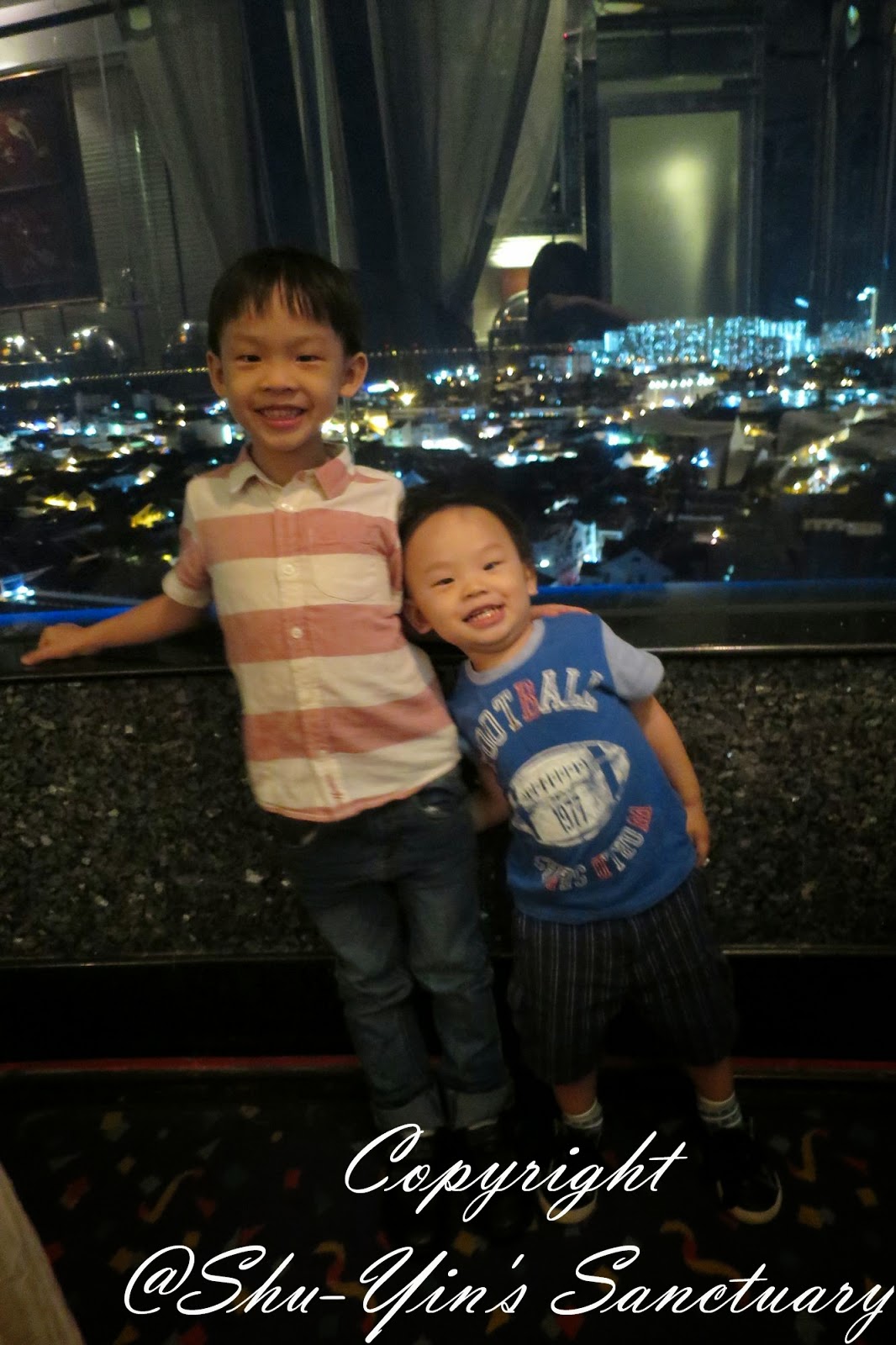 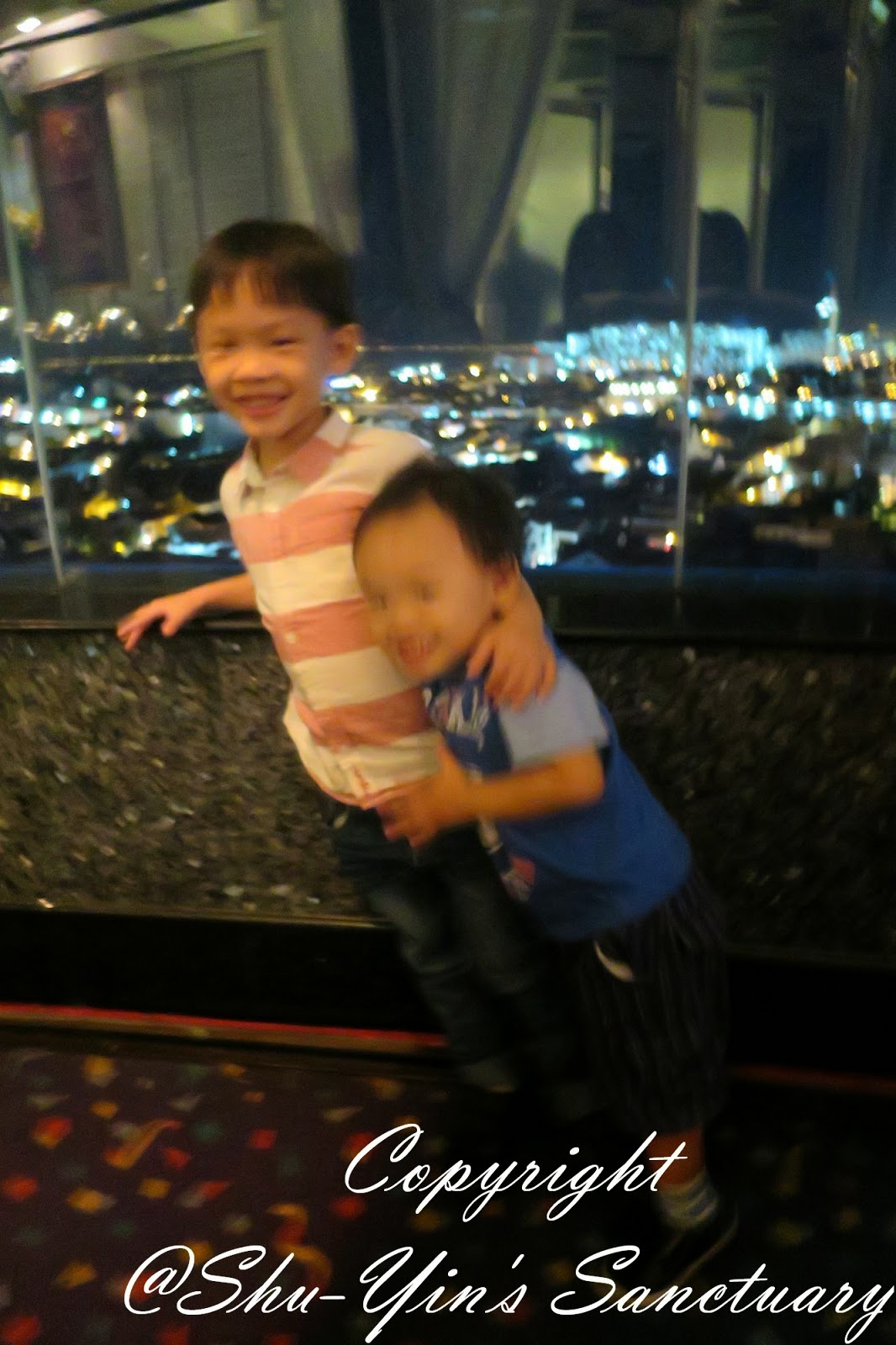 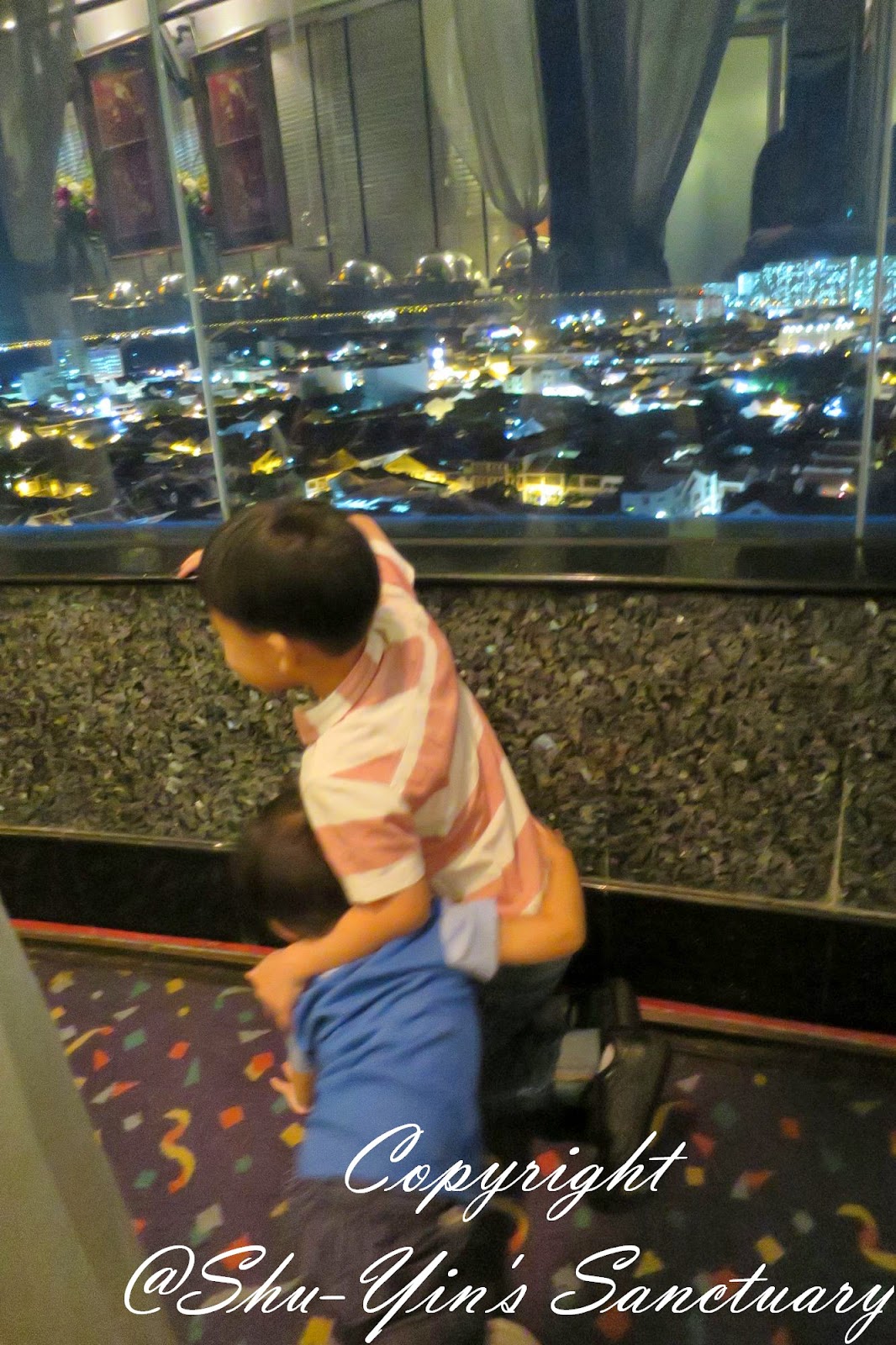 They didn't eat that much because they were busy spotting ships and cars and buildings out the window. Shern even tried to spot our house which he did not succeed of course.
And also busy playing that Tilting 'Til Fall Down game. 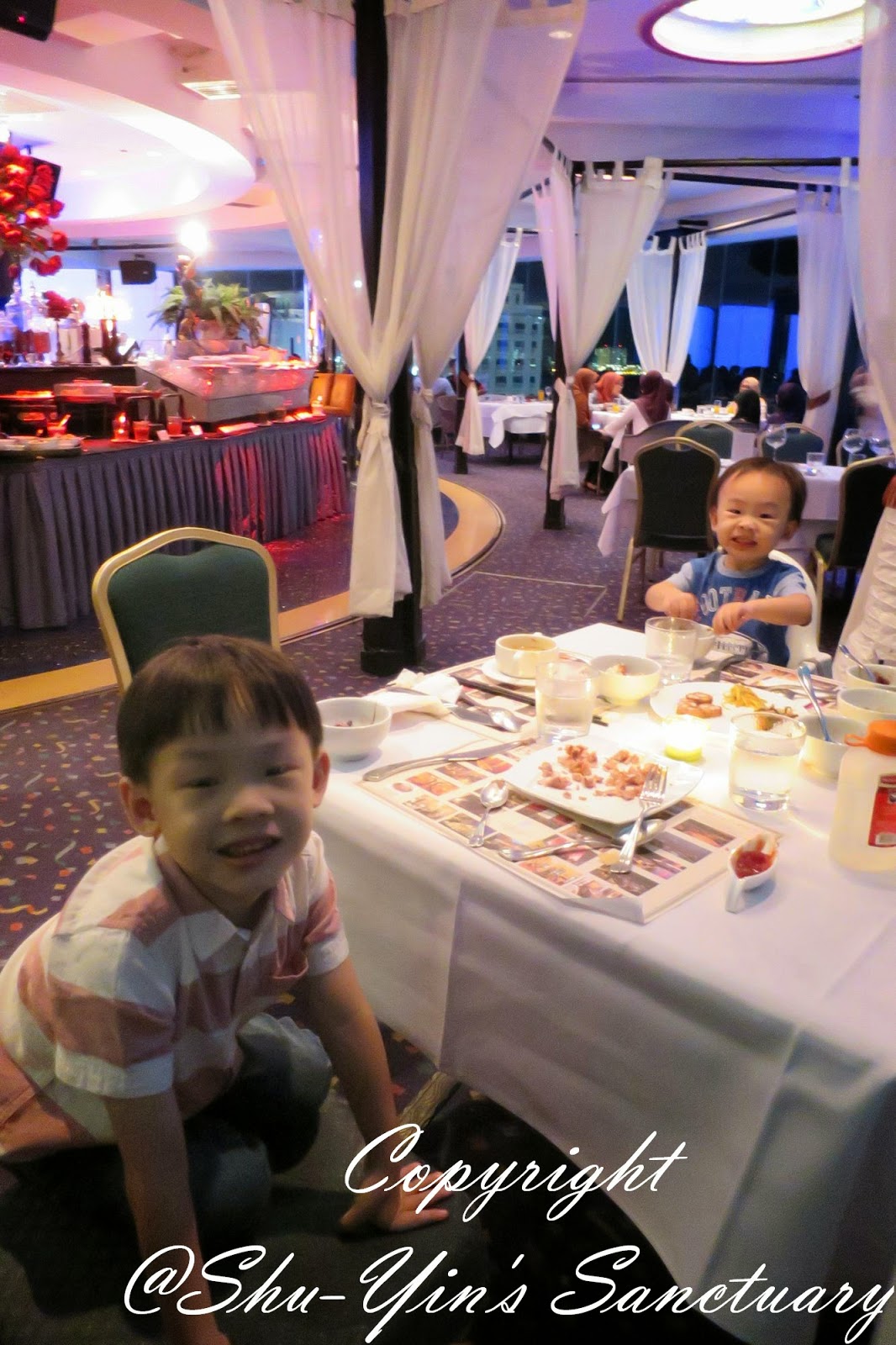 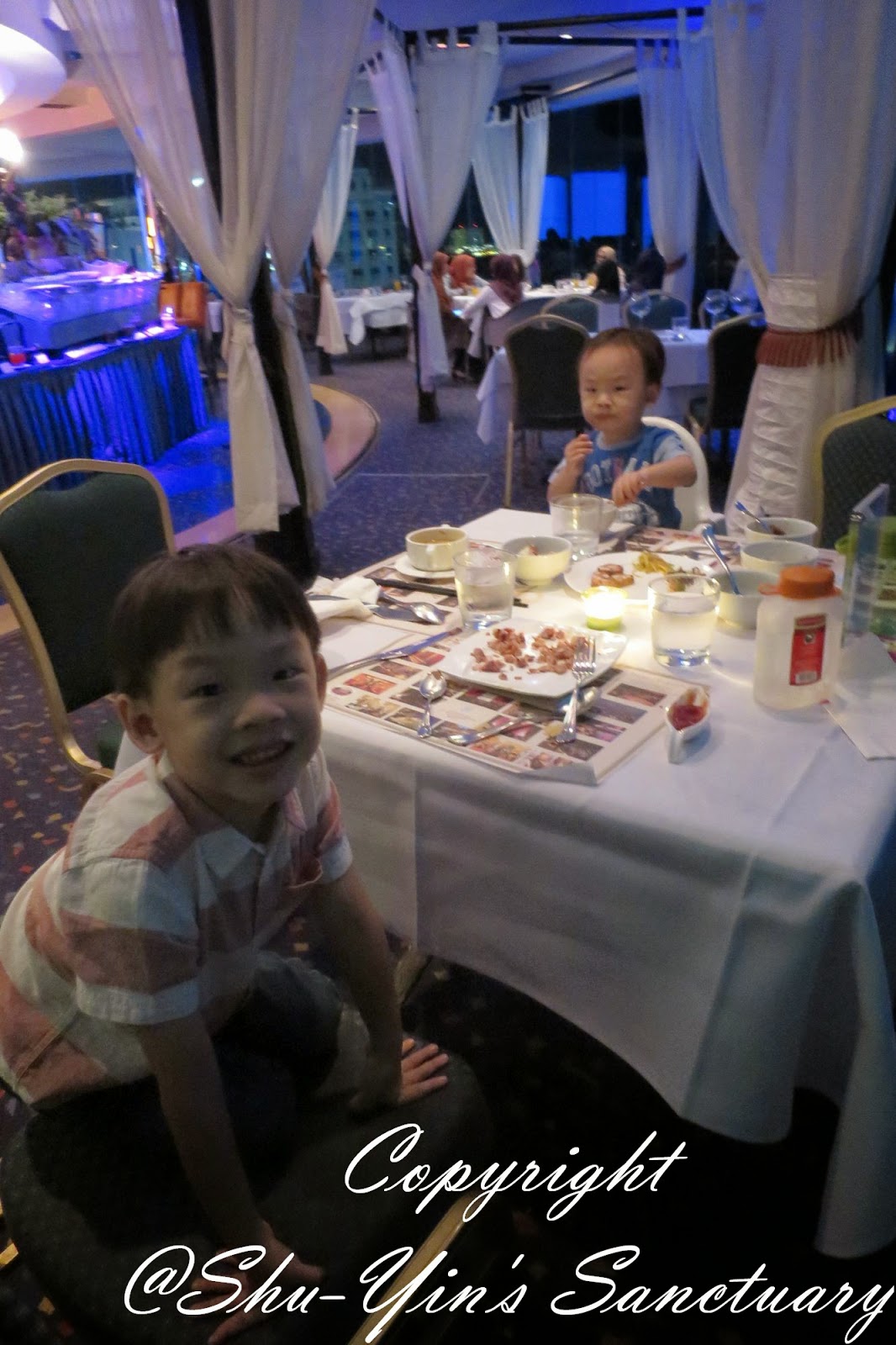 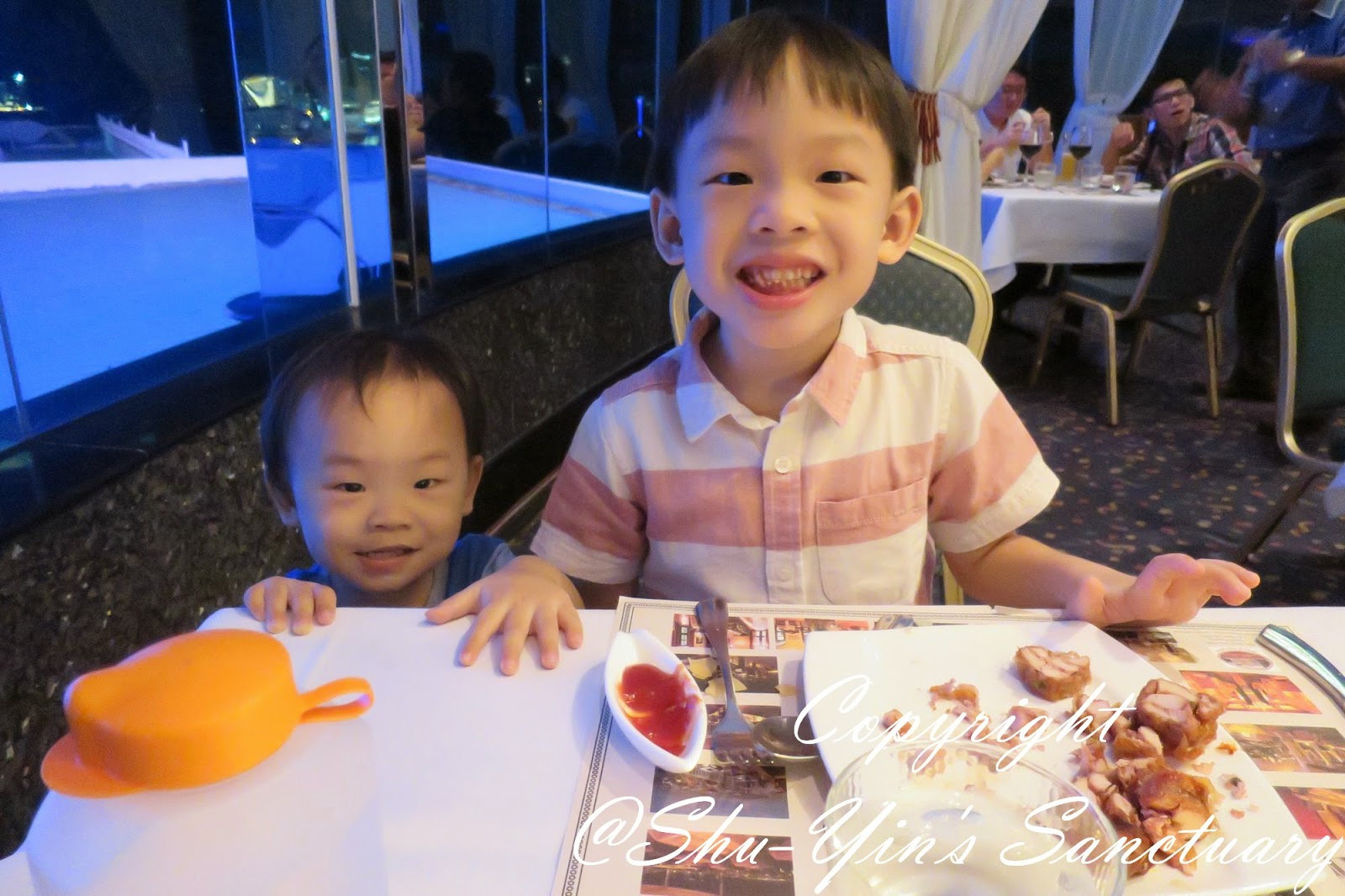 After 2 hours of food, we adjourned to the Sky Bar/Rooftop Bar just outside the restaurant and the kids shook their bum-bum and had so much fun. 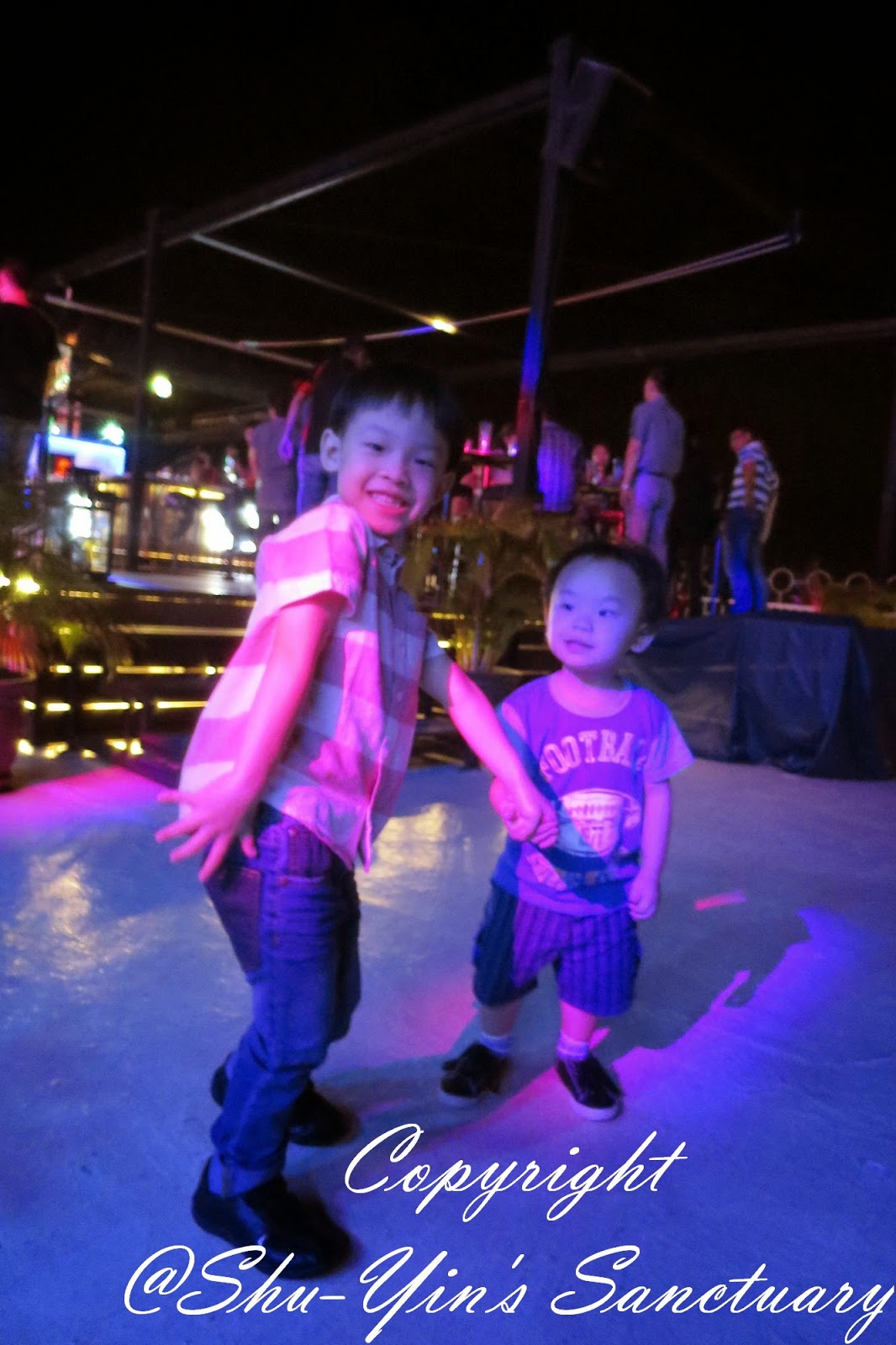 After a head full of sweat, they were ready to go home.
Hubby & I concluded that the kids had more fun than us.
But we are happy seeing our kids happy, so win-win for all! ;) 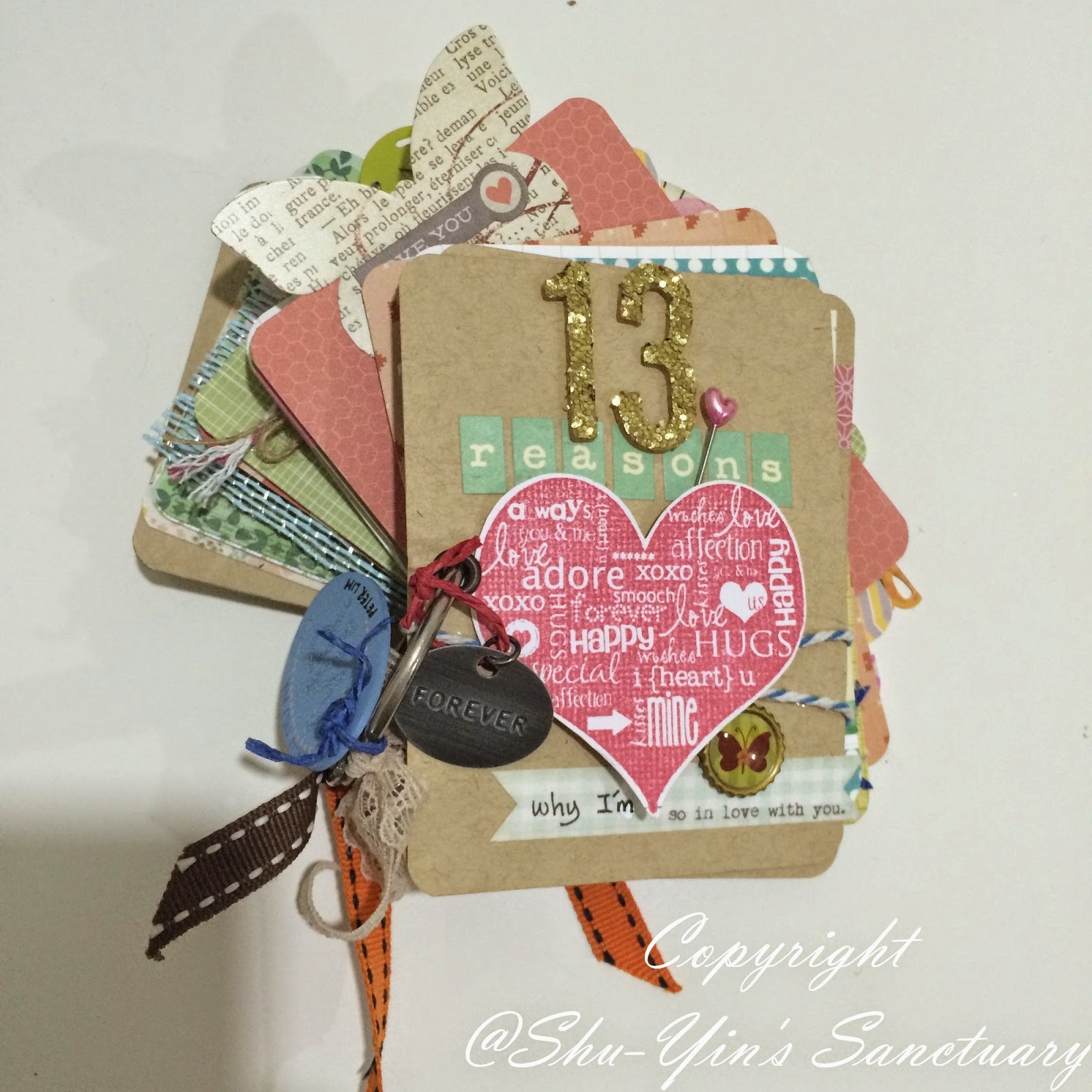 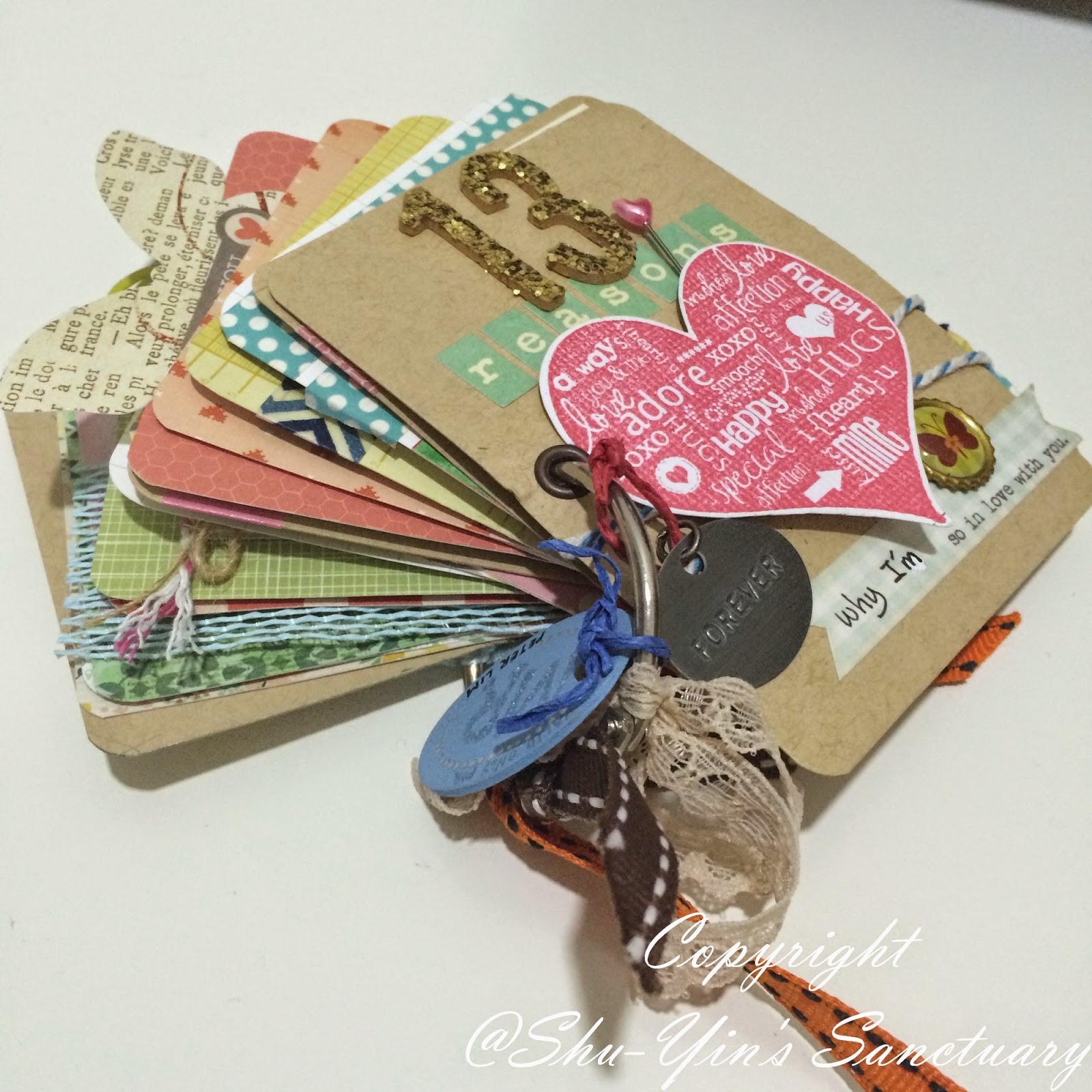 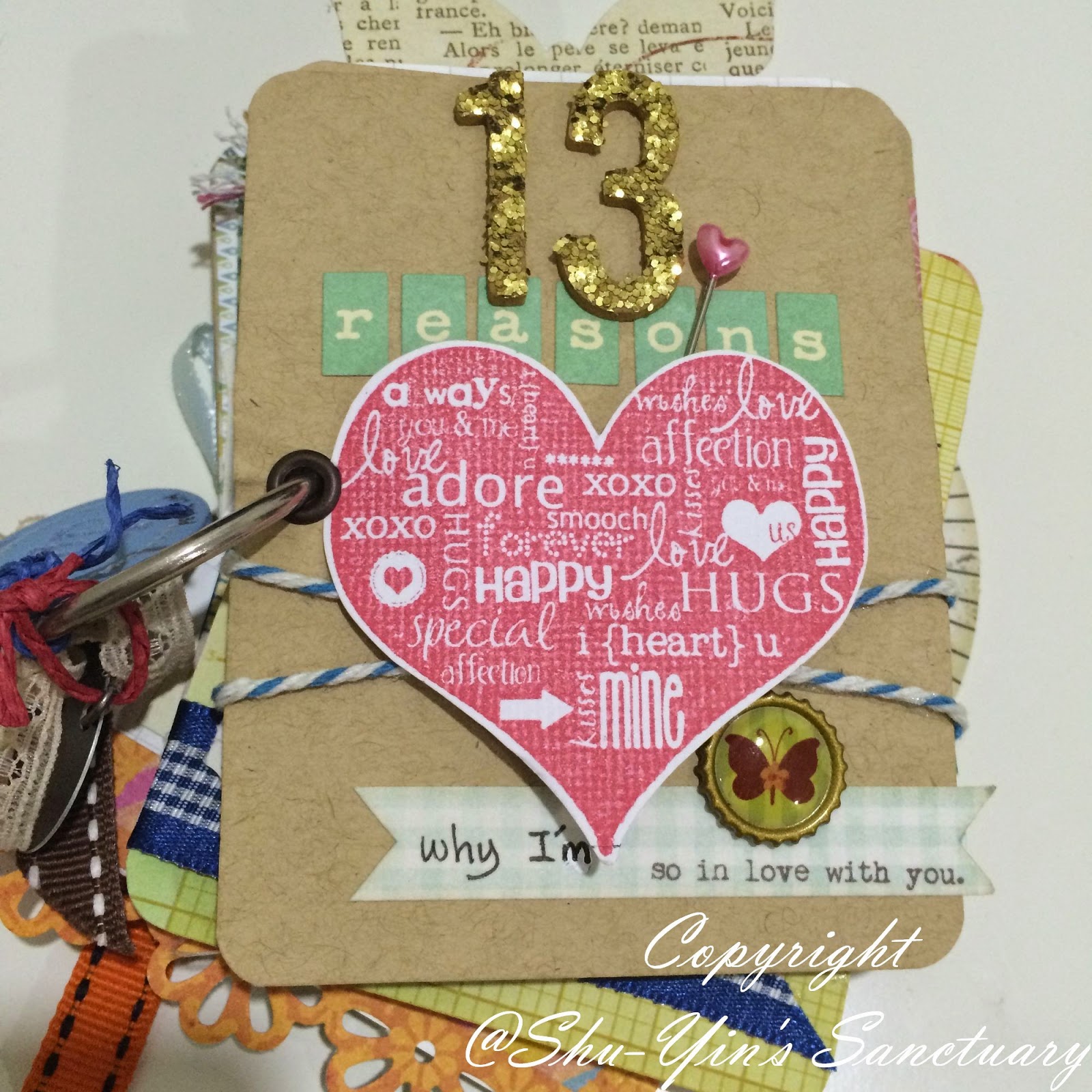 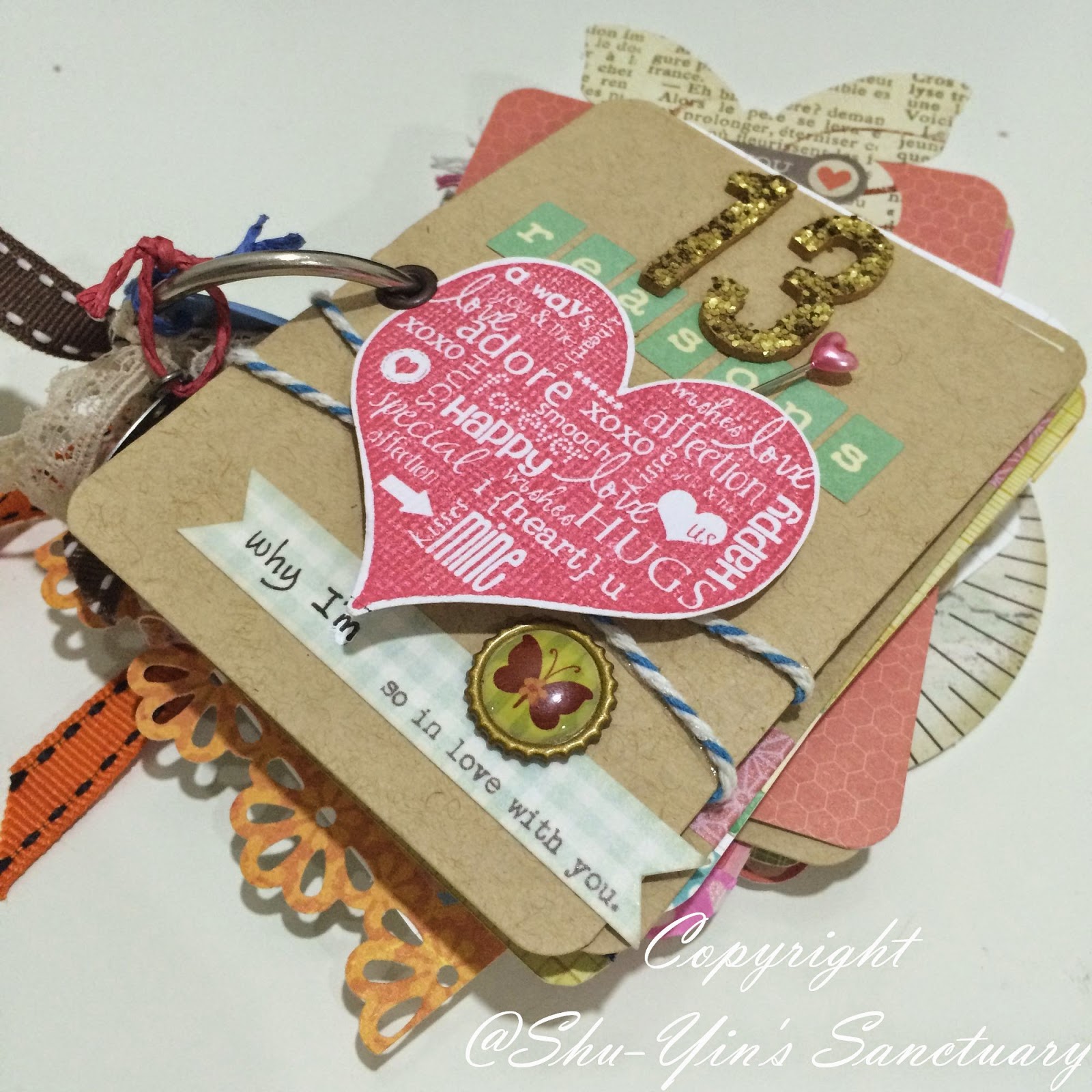 Happy Anniversary Hubby. May we have many more 13 years to come!
I love you so very much!

Email ThisBlogThis!Share to TwitterShare to FacebookShare to Pinterest
Labels: 4 of Us, Anniversaries, Scrapbooking