He was playing by himself as usual and then suddenly his hands gave way and his chin/mouth knocked against the floor. And then there was some blood and some crying, and after that I noticed that his front right tooth got chipped about 1/3 off. And even the tooth next to it was a little chipped too as it looked a bit rickety.

And after a few days of that, I noticed that some small parts of his tooth continued to chip off and also his tooth looked a bit decayed.
And also I was afraid both his two front teeth would dropped out, and then Khye would have difficulty pronouncing his words (as Khye is not even talking yet!).

And also I didn't want him to lose his teeth at 2yo, as usually adult teeth only kicks in at about 7yo right? That would be 5 years without front teeth! Eeeek!

And so the very next day, I brought Khye for his first dental visit at SmileBay Dental Surgery. (His brother had his first visit at 3yo).

Khye was too small to know what a dental clinic is and he was happy running about as usual during our wait there. 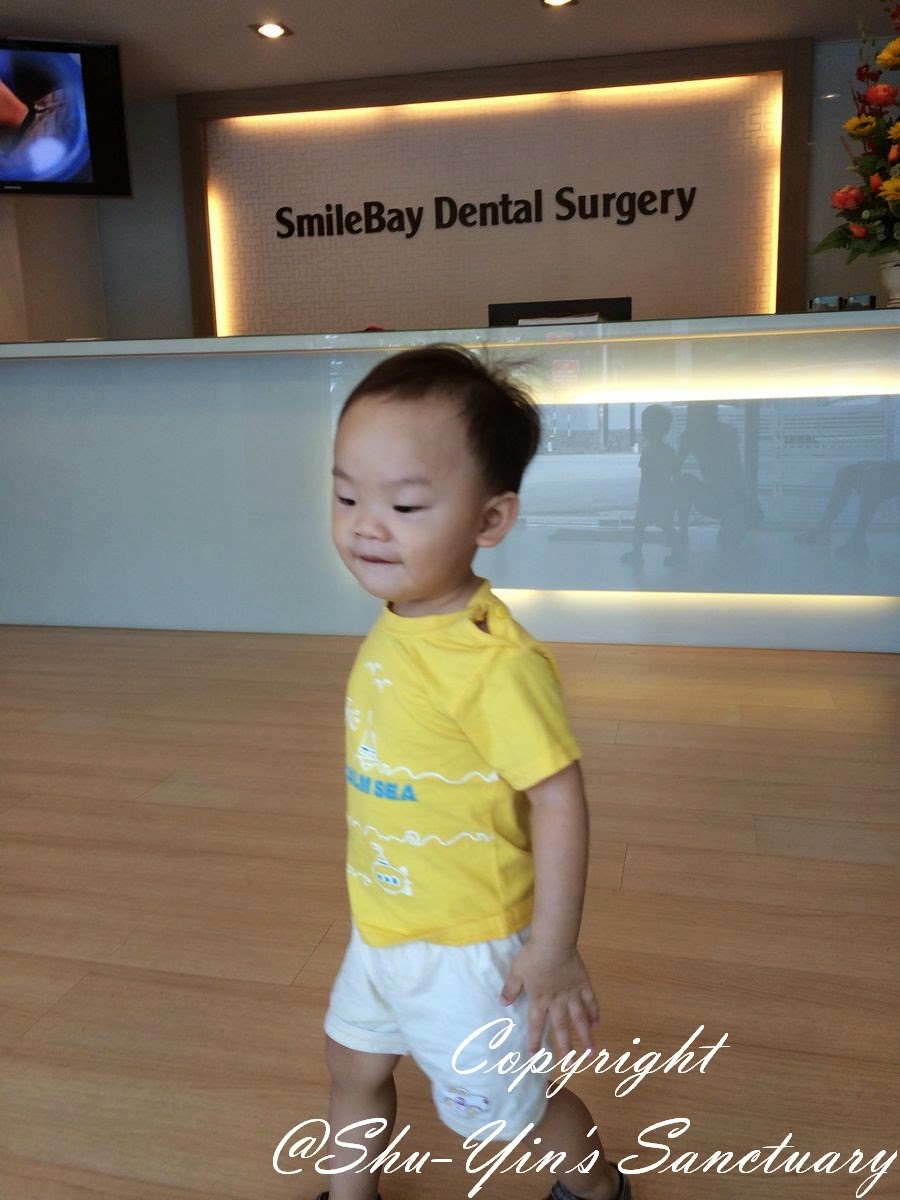 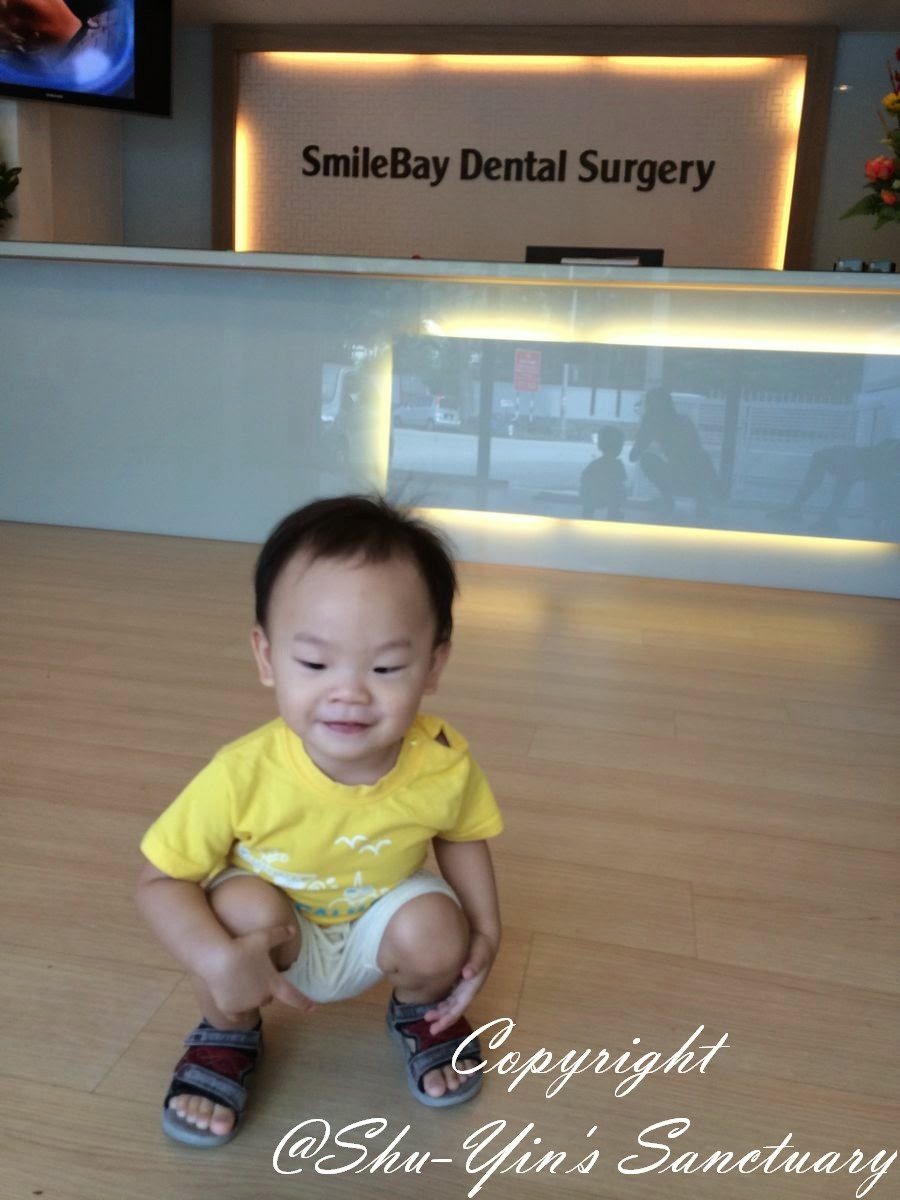 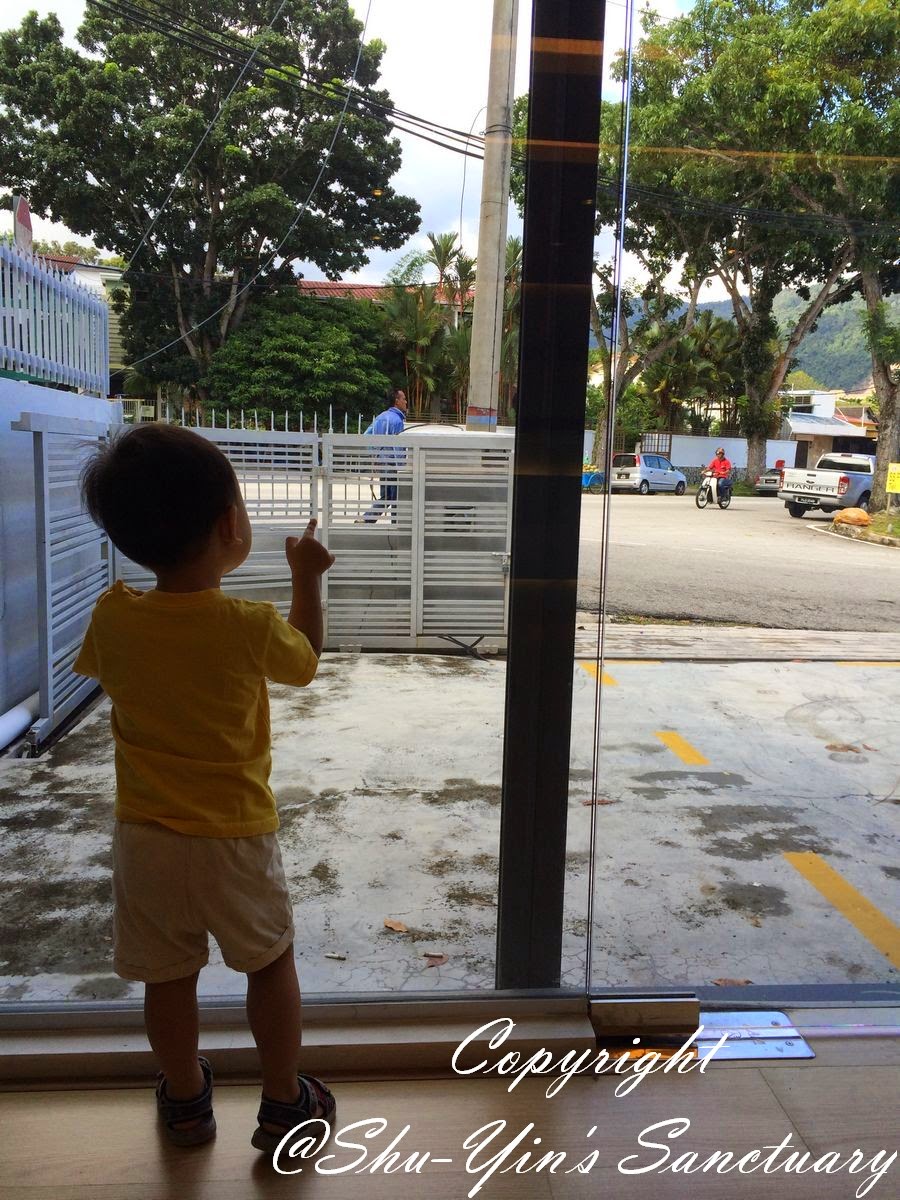 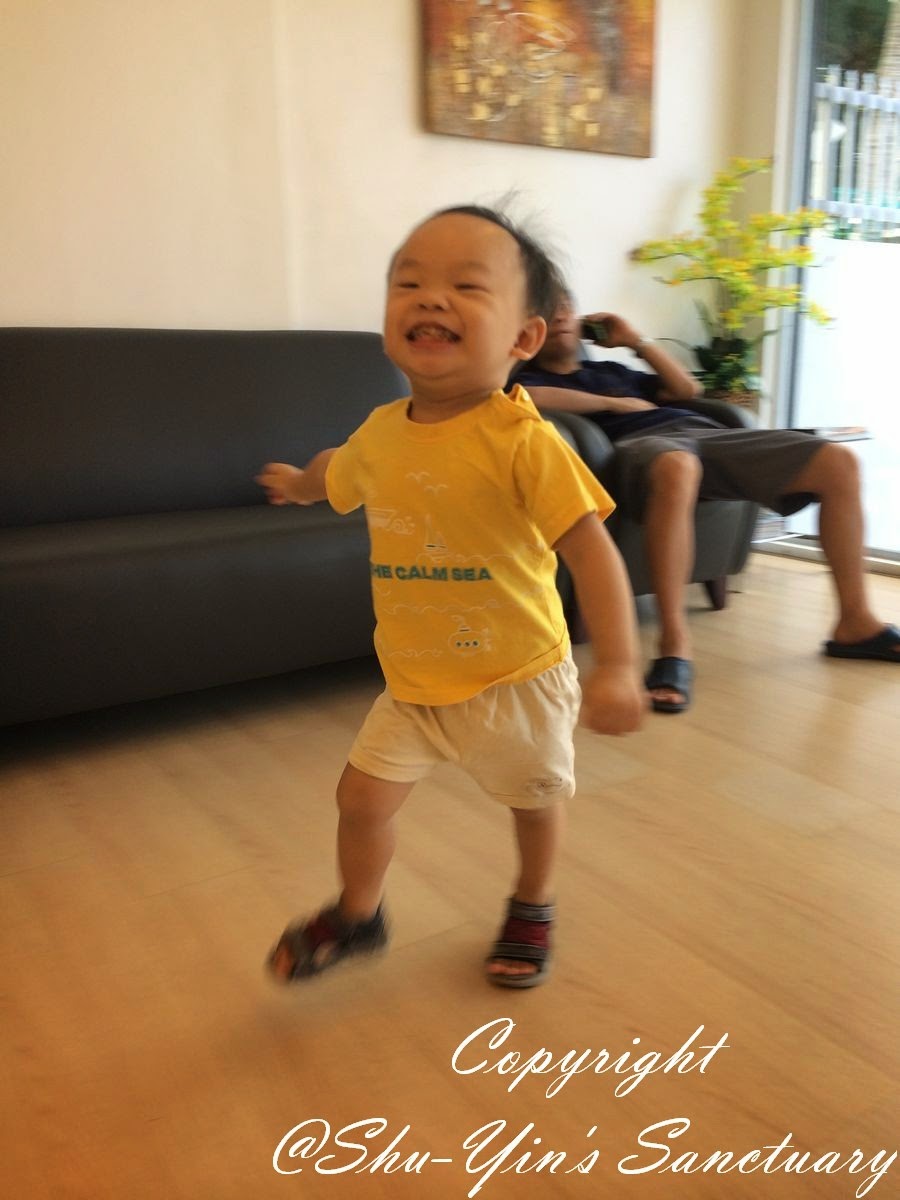 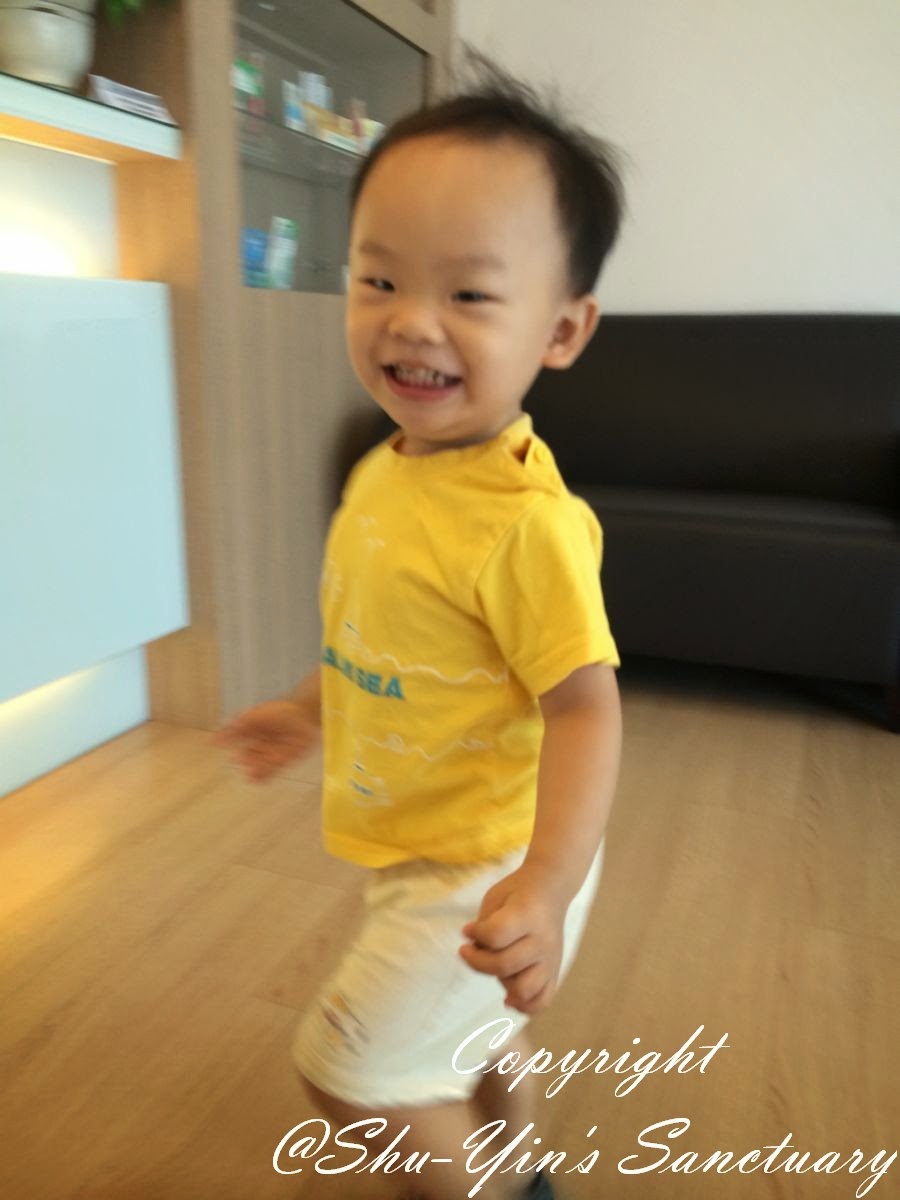 
But the moment we stepped into Dr. Tow's clinic room, Khye was bawling away.
First of all, Khye is now at the "stranger anxiety" stage, so any strangers getting too near him without warming up first is a no-no.

So Khye was crying away and pointing to the door, asking to leave.
Dr. Tow tried to "bribed" Khye with some small toys but Khye wouldn't budge and kept crying.
So in the end, Dr. Tow had quite a good look at his teeth because Khye's mouth was opened wide as he was crying. Haha.

Dr. Tow said the tooth that has chipped off we can't do anything about it. It probably won't drop out so fast (phew!) and even if it does, it should have no pain.
And that the yellow teeth are cavities, and that I need to brush his teeth more. I told her that his teeth are yellow even when he was 6mo and before eating solid food. She explained that some babies has weaker teeth and enamel and so I need to brush it more often.

Khye does brush his teeth, but you know him being a toddler, it was more like shoving the toothbrush in and out his mouth, rather than on his teeth surface. haha.
And I do use a small hanky to clean his teeth usuallye during bath time.
But now I'm gonna put some toothpaste in the hanky and cleans his teeth more than once a day.

And so here is Khye brushing his teeth (erm, shoving his toothbrush in and out of his mouth) diligently!

And so this sums up Khye's chipped tooth, and also his first visit to the dentist at 23 months old.

Read about Shern's first and second visit to the dentist here.