Shern Back In Action!

Shern was all well again, we brought Shern to a nearby playground. Pity him being cooped up in the house for a week already. It's a playground we've never been, so Shern was delighted to be going to a 'new playground'.

Shern was happy just walking on the heightened sides, saying that he was walking on a 'railway track' as usual. He has this obsession with trains lately. He knows what is a railway track, a funnel, and tenders and caboose and dunno what else. 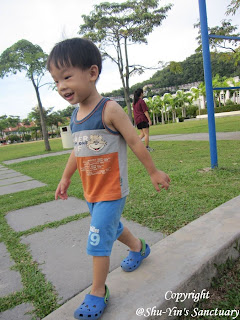 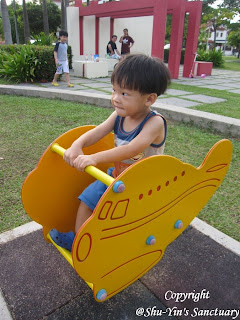 He is still unable while sitting on a swing. He doesn't really know how to transfer his weight yet. Initially hubby pushed him, but then he asked his dad not to. So he was just contented just sitting there while it swing slowly.
I was quite afraid he would let go his hands, but he didn't luckily. 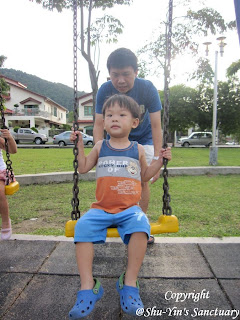 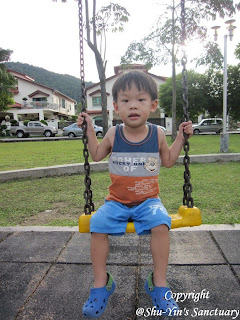 Then there is this mini hill where he likes to climb 'til the top of it and then climb down again. 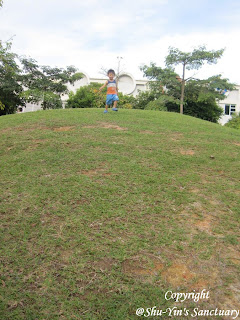 When he was at the top, he kicked and rolled his ball down. Then he tried to kick his ball uphill but failed. Haha. It is time for him to learn gravity. ;) 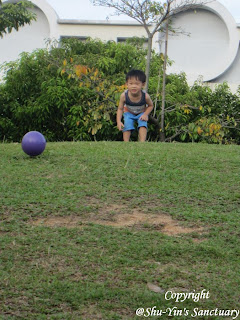 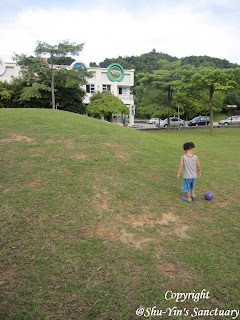 We spent quite an hour or more there because Shern was so happy. I guess it was like releasing from jail after a week of staying at home. I'm so glad he is alright again.

Lastly a photo of the 3 of us on top of the hill, with Shern showing us his signature smile! ;D 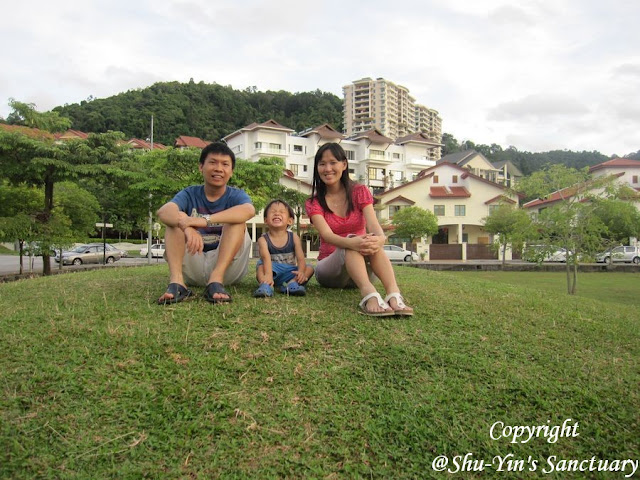 Email ThisBlogThis!Share to TwitterShare to FacebookShare to Pinterest
Labels: 3 of Us, Cuti-Cuti Penang, Lim Yiu-Shern

Where is this playground? It looks new and clean.. better than youth park anytime.. since youth park was since our days ! LOL

It's the Desa Park in Permai 32, Tanjung Bungah.

Hey, Youth Park facilities has improved a lot dee! How long since u last step into Youth Park?