Last Sunday, when we were in MIL's place, Shern was behaving like an angel.
He asked to take photos with Ah-Kong & Ah-Ma. So sweet of him. I was surprised because that was the first time I heard him asking to take photos with anybody. I happily obliged of course.

Here are the 2 photos I took using my iPhone.:

Shern was smiling so sweetly in both photos. 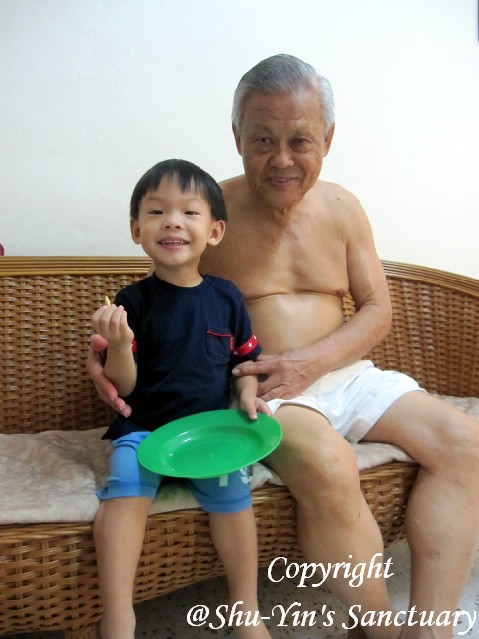 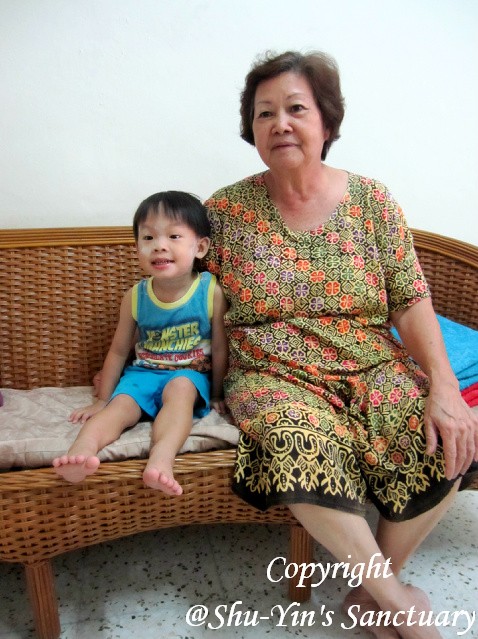