Shern and his Mini Hip Hop

Shern has been taking drama lessons last year, and this year he is taking mini hip hop lessons.

It is nothing fancy, just a way for him to relax and have some fun, especially since he is an active boy.

It was an eye-opener for me to see how the 10 classes did a great job to put together a Peter Pan production.
"I wish there was a Neverland where we can stay and never grow up" 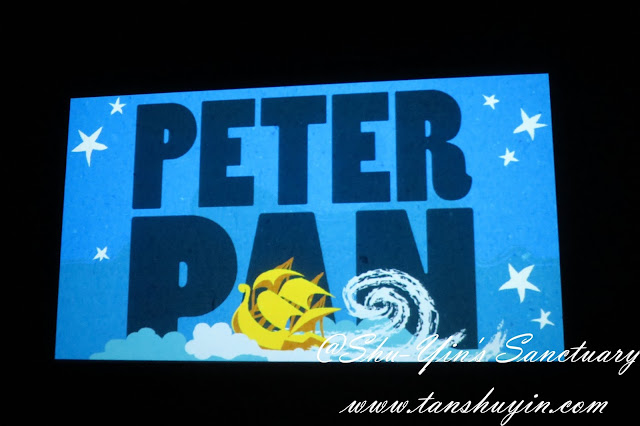 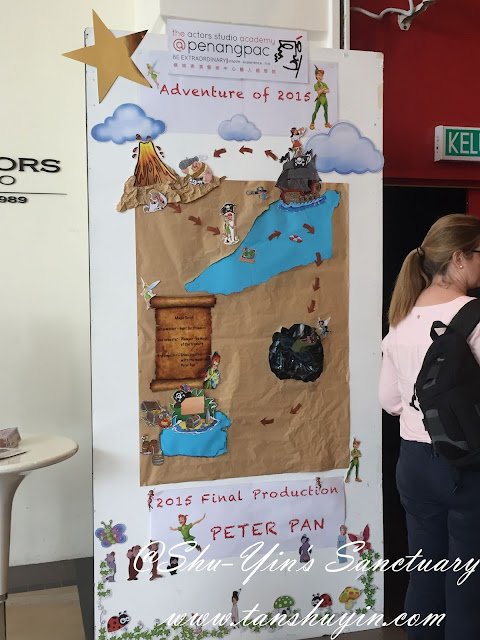 These were some of the parts of the other kids performing.
It was an awesome performance because somehow they managed to change the scenes of the production smoothly, switching to and fro from english and chinese, and changing different casts of the characters. 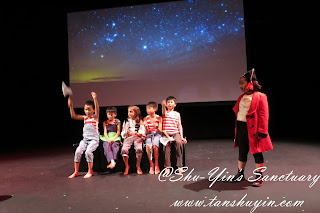 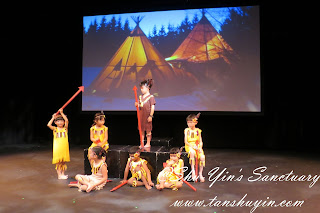 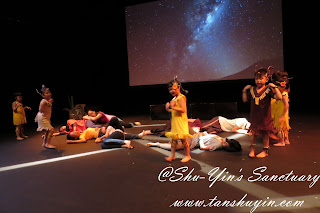 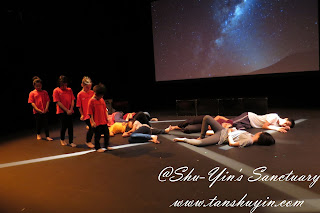 I must say that Shern did very well and I am very proud of him. He was all relaxed and cool and had no qualms about feeling nervous or whatsoever. All he did was to go out there to dance and to enjoy himself, which was actually a good thing.

He did 2 scenes, one in which he was dancing as a crocodile, and another short scene coming out as angels fleeting in the orphans' dreams.

And these are some of the photos of Shern's class as crocodiles dancing to "Never Smile At A Crocodile."
I really like that penangpac's style is super relax, as in they don't stress the kids out. All they required from the parents was to let kids wear something green. And then they did the other props (the crocodile spikes on their backs). 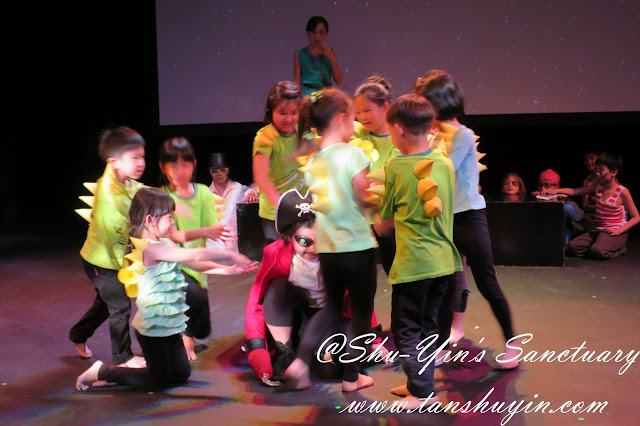 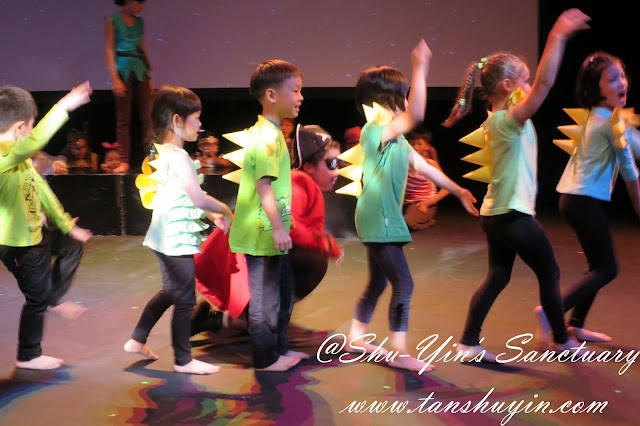 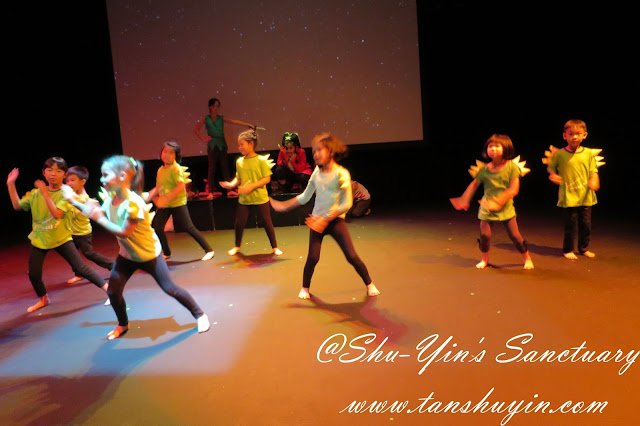 Now let's watch a short clip of the dance which I managed to record. Sorry for the off-centre recording, I was babywearing Vern and this was what I managed from where I was seated.

This was the finale when the show came to an end, when all of them came out to take a bow. 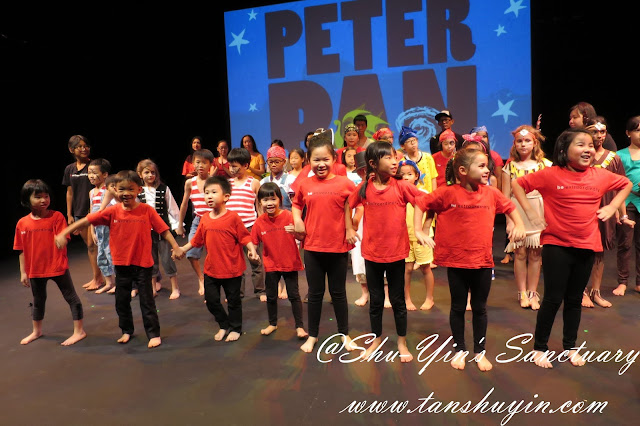 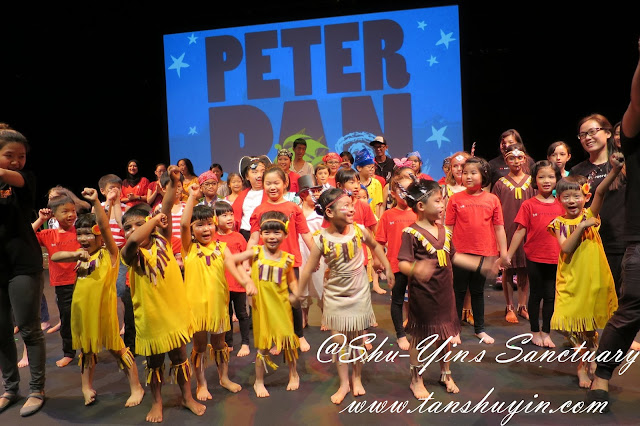 And lastly, a photo of Shern holding his participation certificate, and photos with some of his friends. :) 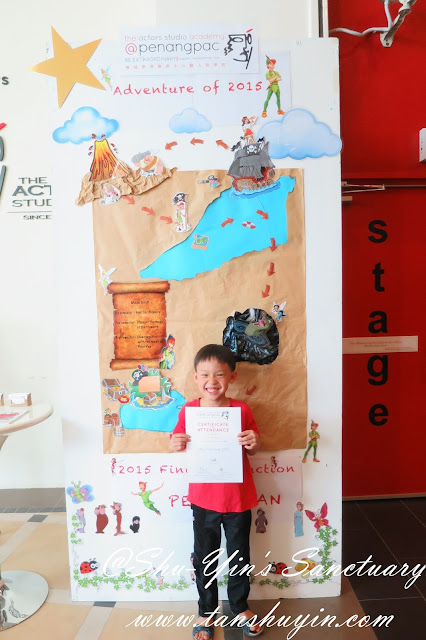 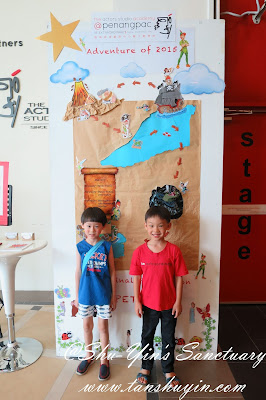 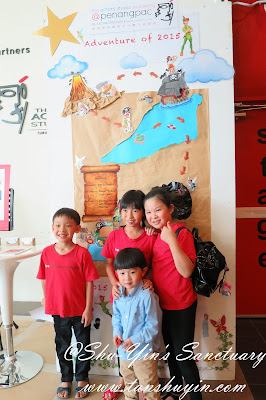