This is my big box of Krispy Kreme doughnuts, only in original sugar glaze flavour as requested. 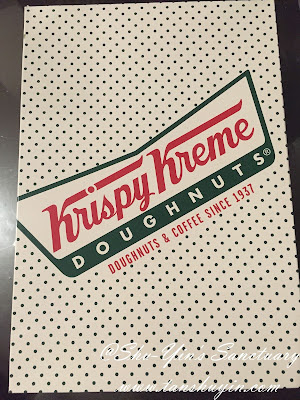 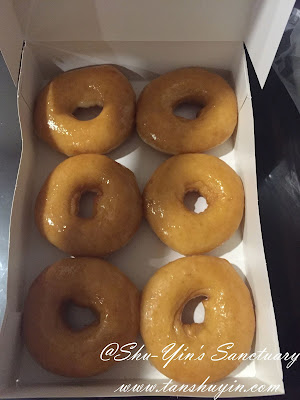 Here comes the fun box - The Krispy Kreme Creations - for kids!
On the left is the box cover, with an additional colourful card on top. Flip it open and you get a 'KRISPY KREATIONS Colouring Book'! 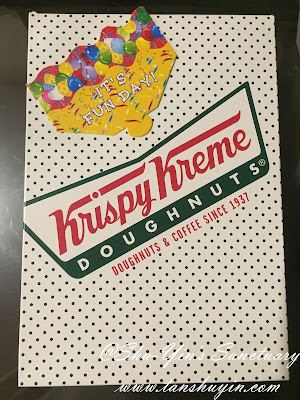 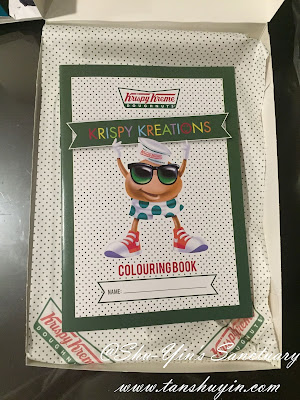 And beneath the book this is what you see.
A plain doughnut, a small box of crayons and 2 balloons.
The white paper is actually the chef hat! 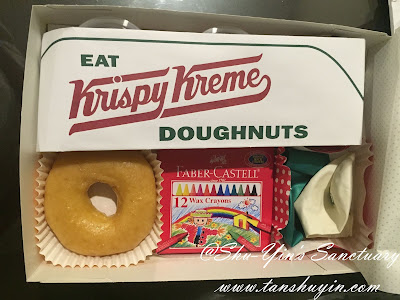 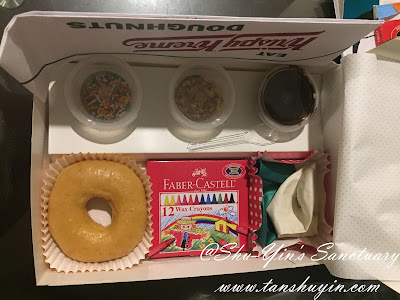 Needless to say, both kids eyes gleamed when they saw that they could decorate their own doughnuts. Khye actually didn't know what it was, but just followed his brother! 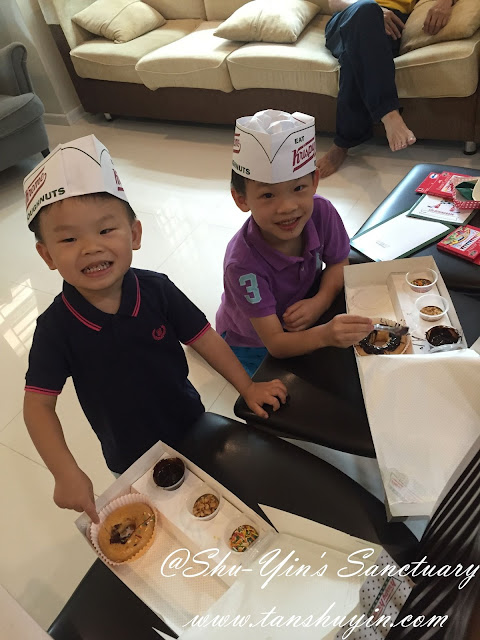 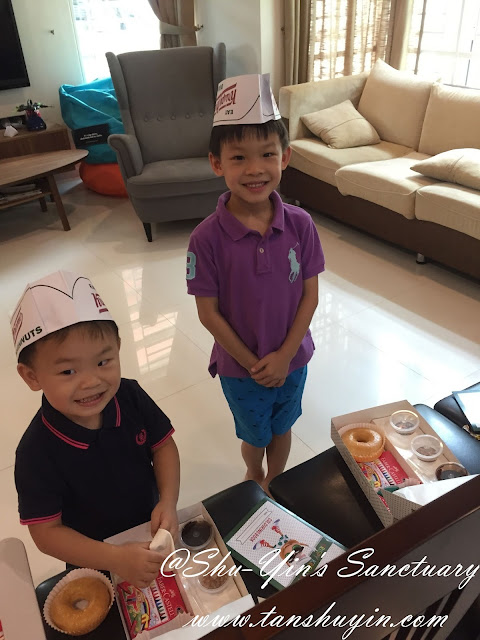 The end results of their doughnuts.
Shern - A nice, even topping of chocolate glaze with colourful rice topping.
Khye - In the end, he poured everything onto his doughnut! hahaha 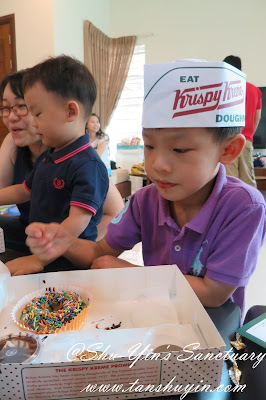 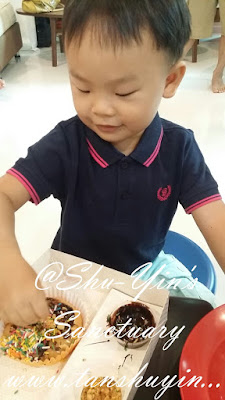 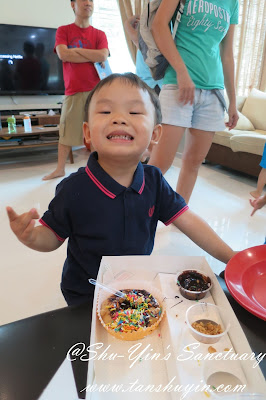 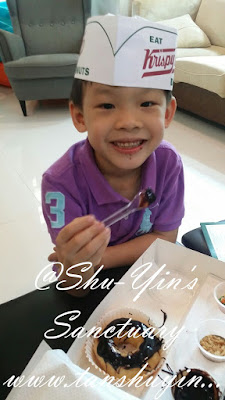 Even Vern joined in the fun, but I think he was not amused by the chef hat! 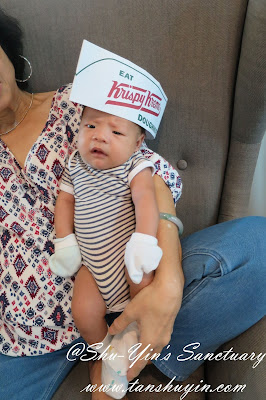 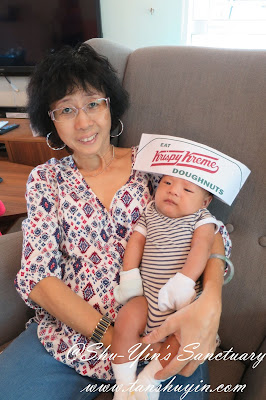 Shern ate his creation the very next day. The thing is he couldn't even finished it because it was too sweet I suppose as he was not used to eating such a sweet doughnut.

As for Khye, nope, I did not give him his doughnut to eat, and he did not even asked for it.
I think he didn't even know it was for eating! hahaha!

Anyway, Krispy Kreme is not yet available in Penang! :(

But if you happen to be in KL Krispy Kreme, you can grab this Krispy Kreme Creations for RM16.95, and you can also try the original sugar glaze flavour. That is the only one I like. It is sweet though, so it is only for those with a sweet tooth!

I like the original glaze doughnuts too, be it from KK, JCo, Dunkin or whatever donut chain! Haha