Shern is No Longer Afraid of the Sand!

I'm so glad we live very near the beach. It's actually walking distance from our place, but with a toddler and so many things to carry, we've never walked to the beach before. Haha. We always drive there.

Just 3 months ago in Phuket, Shern hated the sand. He hated how the sand stuck to his legs and asked me to wipe off the 'ekk ekk' (dirt) sand. And he refused to put his legs down on the sand. It was exasperating, I tell you.

So, 3 months later, on his birthday, we decided him to bring him to the beach for some fun and also to re-introduce the beach (sand) to him.
Initially, he was sitting on the mat we brought there. I then purposely put his toys further. 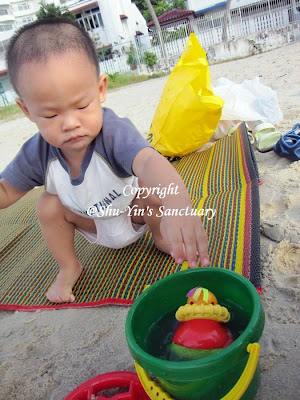 6 June 2011
So then, his feet came out to the sand without him realizing. 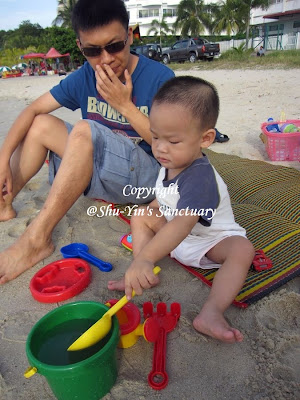 Then slowly, we took his hand and led him to walk on the sand. See how he retrieved his leg once it touched the sand? Hehe.
But after a while, he walked out. We were so proud of him. 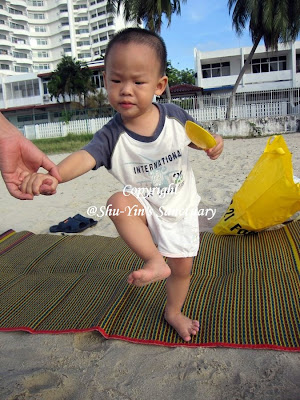 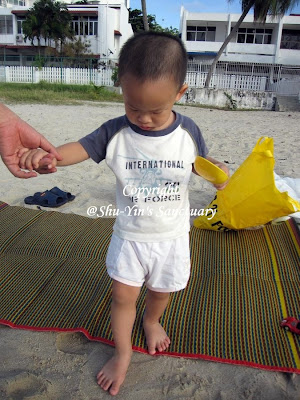 He then sat on the sand and played with his toys. Little pail, bucket, watering can and spades, etc. 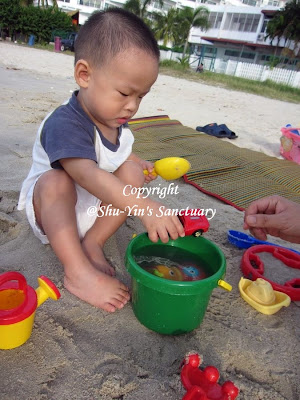 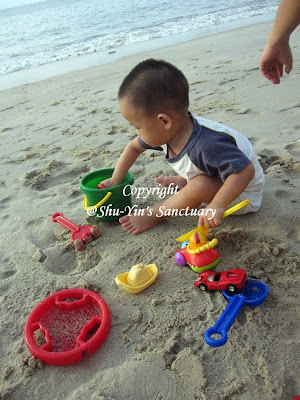 He was even brave enough to walk all the way to the sea with daddy to collect water to fill the bucket. 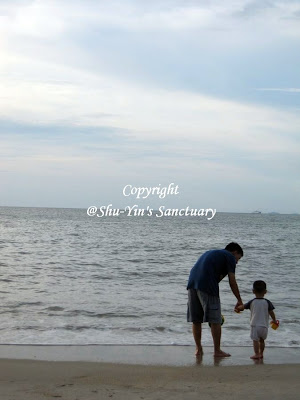 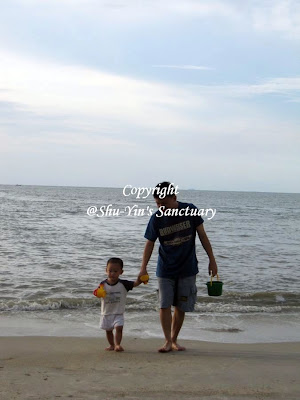 After awhile, it was no problem. He was having fun playing with sand and water. 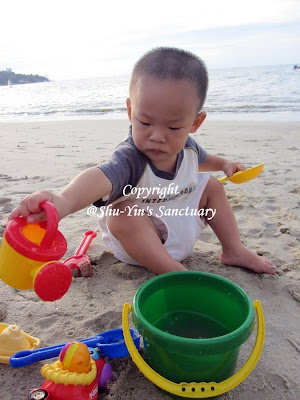 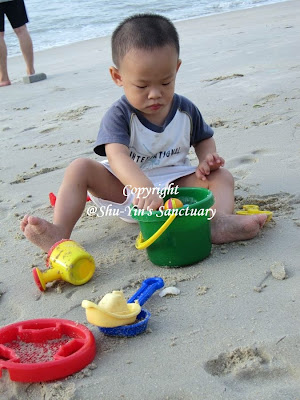 Even at the beach, Shern still loves playing with his cars. 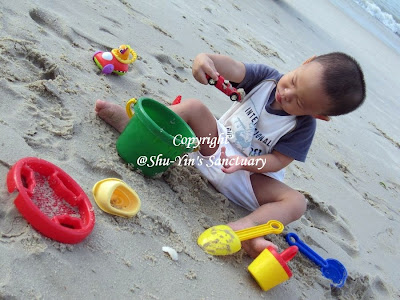 He has a nice time that day. And a week later, we brought him back to the beach.
His 2nd time there, we had no trouble at all. He sat on the sand immediately and started scooping sand with his spade into the pail. He was so at home with the sand. 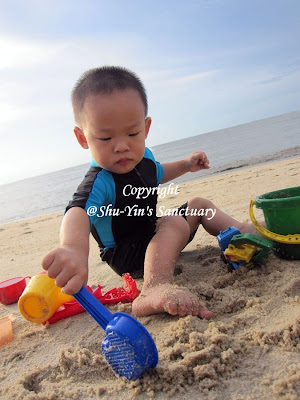 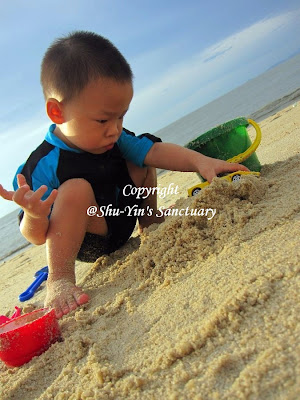 16 June 2011
And he even walked all by himself round and round our mat where we were seating. Shern is no longer afraid of the sand! Yay! 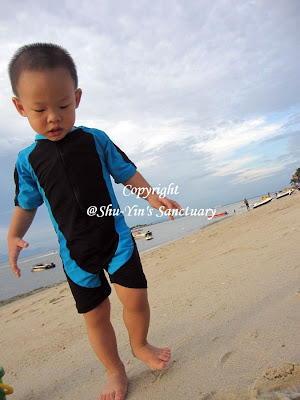 Look at his smiley face while walking on the sand! 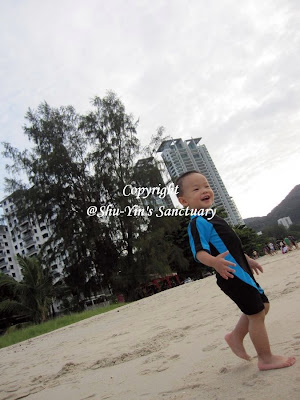 Since then, we've brought him to the beach a few more times. And he certainly loves going to the beach!

So what do we do while Shern plays in the sand?
Hubby and I sat down and phak thor. hehe. With me holding my faithful point-and-shoot Canon, of course! 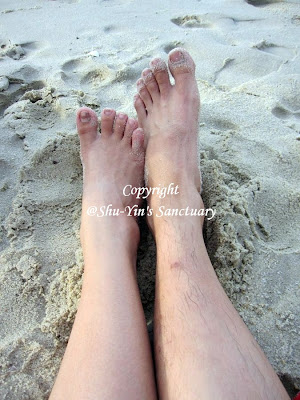 And we got to enjoy and admire the beautiful sunset in Penang. 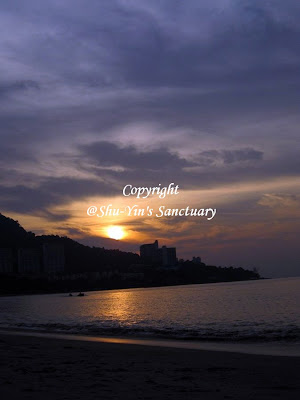 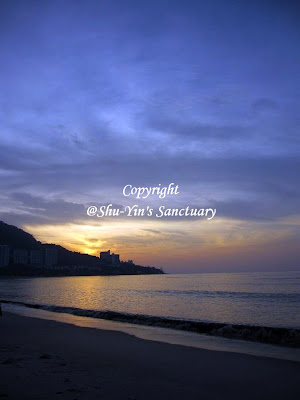 Since Shern is rather fussy about cleanliness,I make sure I bring along a few bottles of clean, tap water to wash the sand off him after sand play. This makes him feel better and also all of us are cleaner before we enter into the car! :)

Email ThisBlogThis!Share to TwitterShare to FacebookShare to Pinterest
Labels: 3 of Us, Lim Yiu-Shern

I'm thinking the upside of having a son who's such a clean freak is that he will not be tracking dirt all over the house :)

Jaden is still half like and half dislikes..maybe i should introduce more sands to him this weekend with my teambuilding at paradise...Good blog!

elly....yes, bring him there more often and he will get used to the sand.