Sabariah is my colleague when I was working in EI back in 2004. She is a very humble and quiet person. And she is my very good friend until now. I am glad we still keep in touch. Last Saturday was her big day and she invited us to her wedding. I brought Shern there as well. I woke him up from his nap because it was getting late. Thus he was a little cranky at first and made a fuss. He did not want to change his clothes and refused his milk. But in the end, he drank only a little milk. So when we reached there, he was hungry. He ate a lot of rice. And he ate quietly, sitting on the chair (no baby chair avail) and was feeding himself the rice. 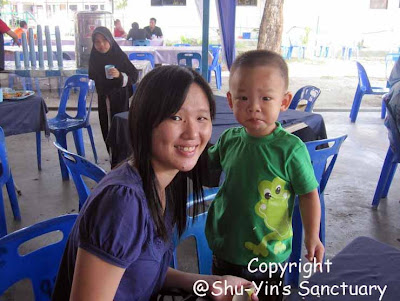 Since all the dishes were spicy, that was the only thing I gave him. (He refused the biscuits and egg tart I brought for him, preferring rice). He spat out all the fruit and finished 2 plates of the flavurful rice of this amount. He was really hungry. 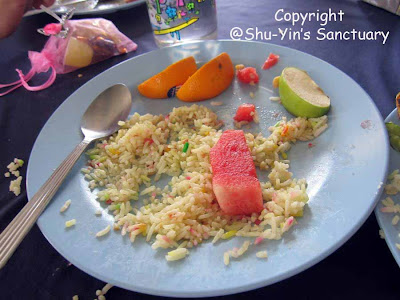 And of course he made some mess while feeding himself, since he was not used to using a plate (usually using bowls which makes it easier to scoop). So after eating, he spent some time picking the rice that dropped on the chair and threw them on the floor. Haha. 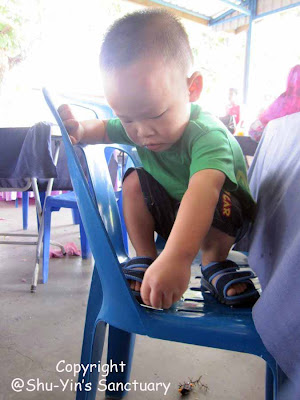 Then he ate some jellies that were packed inside the gift bag which consists of bunga telur and some other snacks. 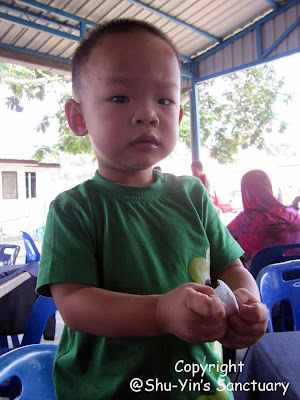 Lastly, a photo with the beautiful bride. 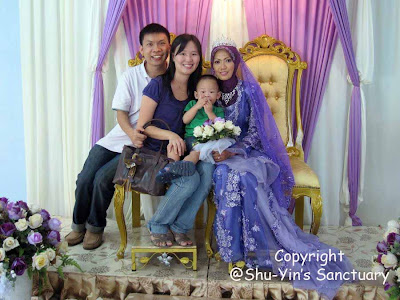